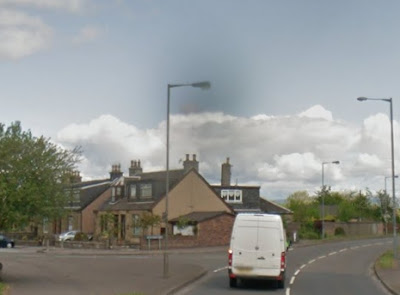 North of Bainsford, where the main road veers round to the right, is a left fork. 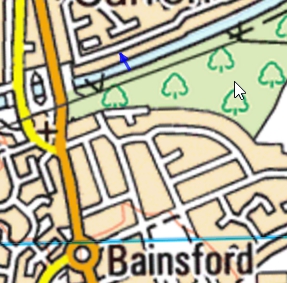 The main road in the picture and the orange road on the map are relatively new. The original road and the Falkirk tram route is the yellow road to the left. It crosses the River Carron on a bridge built specially for the tramway. 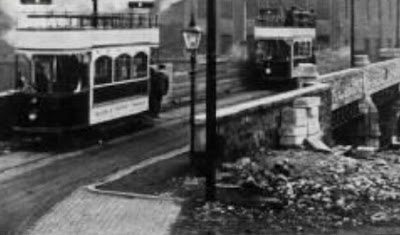 And here it is viewed from the river bank. 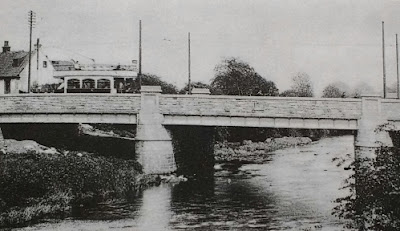 It replaced a slightly humped bridge which would have been difficult for trams, notably when they were heavily loaded with "commuters".The same problem was faced by the horse drawn waggonway which carried coal from Bainsford basin to the nearby iron works. To give dobbin a level run, an iron bridge was constructed and attached to the side of the stone version. 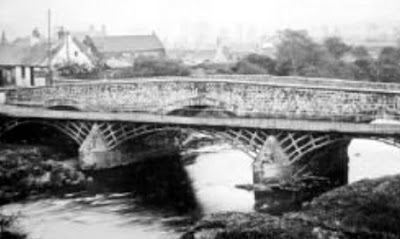 The newer tram bridge is still in use ... 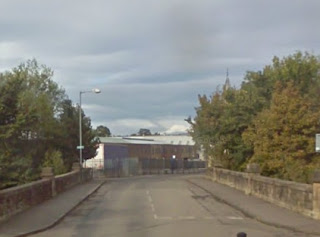 ... but the waggonway, dating from the early 1800s was replaced by a proper railway link. 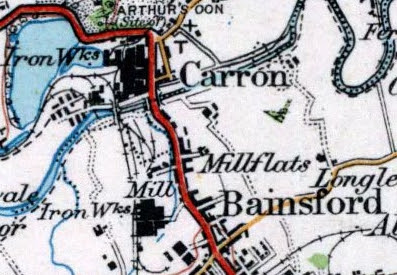 The Carron Iron Works provided employment for many hundreds of locals, most of whom would travel to and from by tram.

The railway bridge can be seen in the above aerial view (left centre) and the "tram" bridge is at the bottom.  The tram route ran along the frontage of the works then turned sharp left.


The Carron Company was an ironworks established in 1759 on the banks of the River Carron near Falkirk, in Stirlingshire, Scotland. After initial problems, the company was at the forefront of the Industrial Revolution in the United Kingdom. The company prospered through its development and production of a new short-range and short-barrelled naval cannon, the carronade.

The company was one of the largest iron works in Europe through the 19th century. After 223 years, the company became insolvent in 1982 and was later acquired by the Franke Corporation, being rebranded Carron Phoenix.

Carron Phoenix produces stainless steel, ceramic and granite moulded sinks which are sold around the world, however some areas of production have been moved to China and Slovakia.

It made almost anything you could imagine out of cast iron; from a pillar box ... 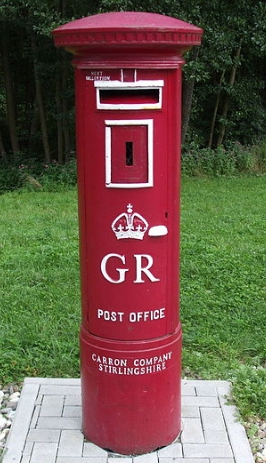 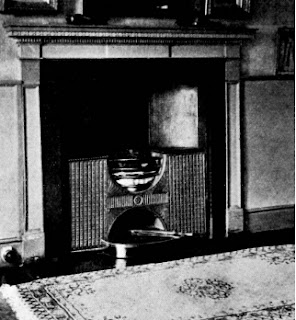 Although much of the former works land is still in industrial use, very little of the original buildings still stands. 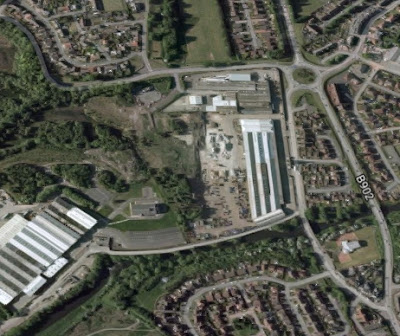 But the old gatehouse and tower is preserved, standing in splendid isolation to remind us of the area's industrial grandeur. 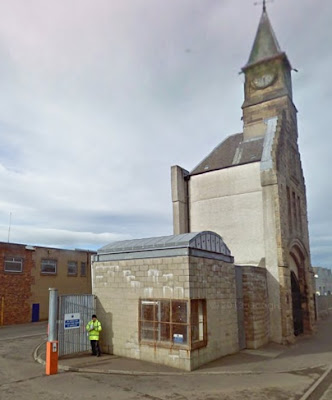 The route from the works to Stenhousemuir was completely rural. The community's main street has succumbed to modernity and ASDA but a few remnants that would have been familiar to tram passengers can still be glimpsed. 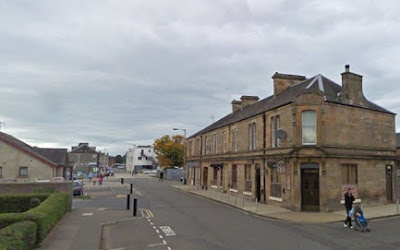 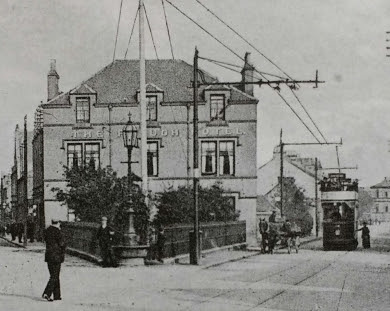 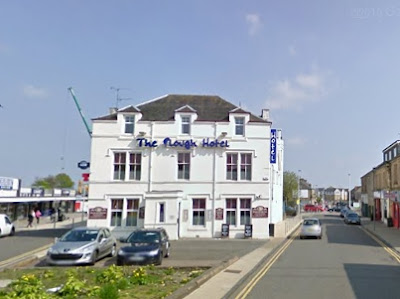 A little further along the tram route is the West Kirk ... 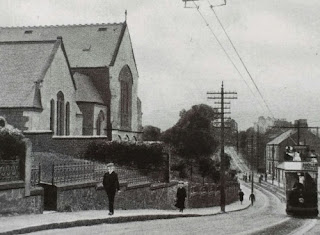 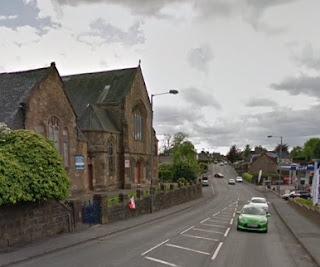 It continues to "trade successfully".


Next : on to Larbert and back to Falkirk. 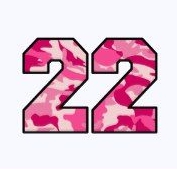 Whether you want to take the angelic manifestation literally or not, the result is just the same. A gang of shabby shepherds behaved irresponsibly and illogically. What did the angels say to bring about this dereliction of duty. 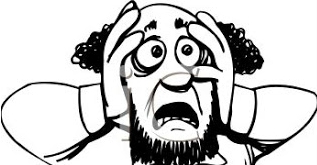 Almost without exception, angelic appearances in the Bible make the humans afraid. And the majority of angelic utterances begin with an assurance that there is nothing to be afraid of. Fear is an obvious response to anything as out of this world as the unannounced appearance of a Divine Being.

For many, this makes the account more believable. Nobody said "Oh, hello there Mr Angel,; how nice to see you. What news have you got for us tonight?" Because they were scared witless.

I am here with good news for you, which will bring great joy to all the people. This very day in David's town your Saviour was born; Christ the Lord! And this is what will prove it to you: you will find a baby wrapped in cloths and lying in a manger. 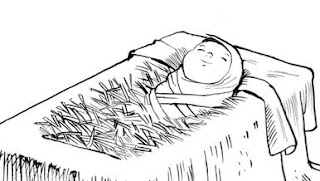 All the coloured pictures on-line were far too pretty, far too twee and far too clean! This one shows a swaddled child in amongst straw in a stone feeding trough.

It is hard to see, at this stage, how this could possibly be "God doing something" about the problems of the world. But the child was announced at "Saviour of the World" and as the Christ, i.e. the prophesied Messiah.

But shown first to some of the lowliest members of society. 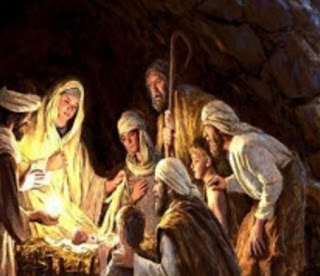 Too crazy to be anything but true, surely?