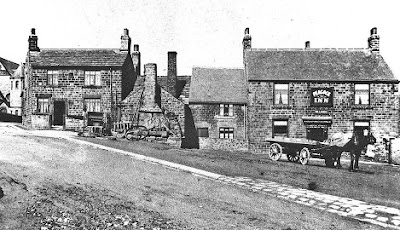 Stannington was once  self-contained village up on the moors, above the smoke of the industrial valleys of Sheffield. Over the years it has grown a bit! 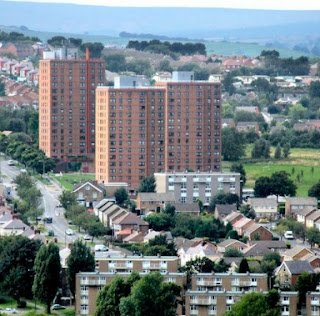 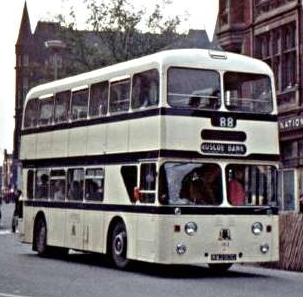 These ultimately morphed into First Bus 81 and 82 with a brief excursion as 11 and 12. 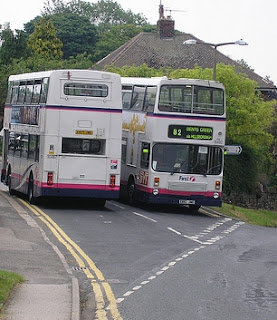 But a competitive Stagecoach wanted a piece of the action and started Supertram Link 2.

Here it is all put together on a PTE map extract. 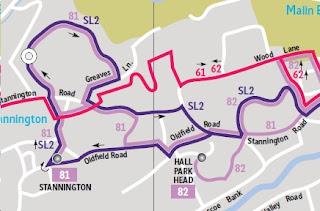 For the record, the old 87 became part of a much expanded service to Bradfield, formerly 16, now 61 and 62 circulars.

In the grand scheme of things as outlined in the gestation period of the tram plan, the route was due to go to Stannington; but the folk from the village on the hill were vociferous in their rejection of nasty clanging things in their quiet environment. So the tram terminated at an odd little one-stop stub at Malin Bridge.

When the Link first started its connection with the tram was less than ideal. Here is the tram stop ... 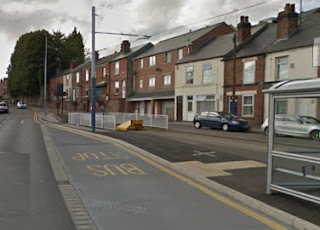 ... and well back there by the trees was where the "connecting" bus stood. 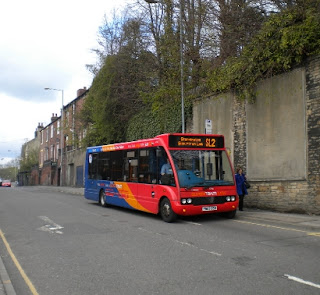 When fbb travelled on the route a few months after it started, he was one of two outbound passengers and the only returnee. The driver confessed that it was "very quiet" off-peak but busier at peak times Monday to Friday.

Nobody transferred from tram to bus or vice versa.

Later a new layby and bit of bus only road was constructed right next to the tram. 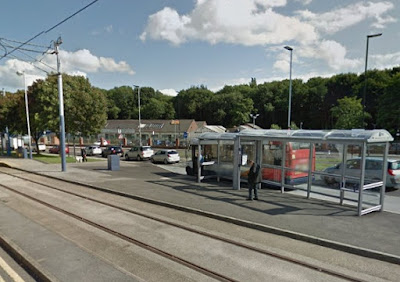 Then came the big Sheffield Bus Partnership improvement plan a k a significant service reductions. As originally announced, the SL2 was to be withdrawn completely, replaced by an unspecified set of "extra buses" on the 81/82.

In the great horse-trading exercise which went on behind closed doors but "brokered by the PTE" (to keep it legal) the SL2 survived.

The 81/82 stayed where it was with a joint ten minute frequency and the new SL2 was reduced from every 10 to every 20.

Most journey have been extended to the Hillsborough interchange, making the route look more like a local Stanningon shoppers shuttle than an extension of the tramway.

But people do not like to change and it is easier to join an 81 or 82 all the way to or from town than it is to cope with the hassle of the change.

Will the SL2 survive another year? There are constant rumours of further cut-backs in Sheffield; neither of the two biggie groups is making a huge profit and footfall in the City centre seems to be in constant decline.

fbb predicts that the SL2 will not see the new year out.

Supertram Link 3 and its successor finally disappears at the end of January; of which more in due course. 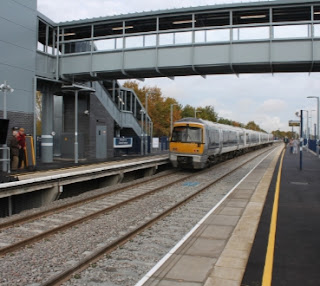 Until a few days ago your Chiltern train from Marylebone to Oxford would have only taken you to Oxford Parkway station. From here you could catch the Oxford Bus Park and Ride service 500 into town. 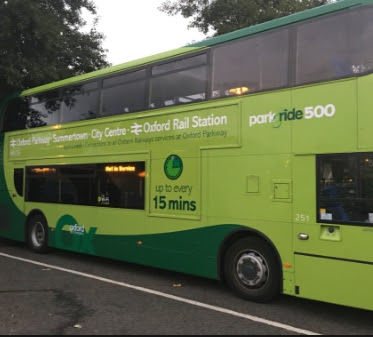 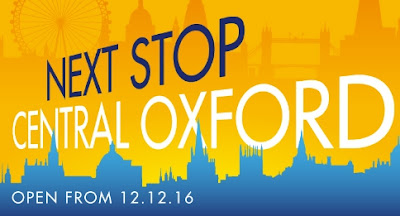 ... trains run into Oxford Station - although some would doubt the adjective "central"! No more need, then, to use the 500 ... 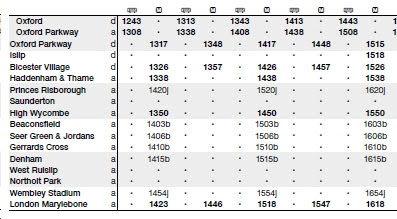 ... which reverts to its lonely life as Water Eaton Park and Ride Bus. All trains that terminated at Parkway now run though. Here is the former Bicester "shuttle" at Platform 3. 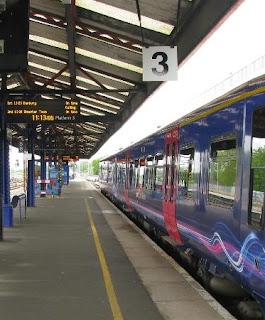 The day before the train change, GoAhead Oxford Bus extended the 500 from Water Eaton to Woodstock, home of Blenheim Palace.

This is in competition with Stagecoach S3 ... 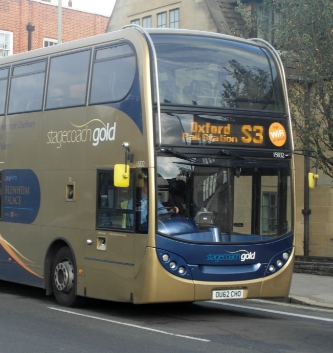 ... which runs every 20 minutes Monday to Friday, every 30 minutes on Saturdays and Sundays. 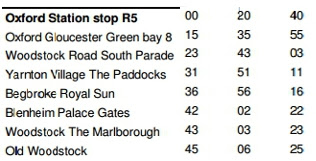 Our Northampton correspondent, who sent in the details, wonders whether this will be the start of a bus war in Oxford. Up to present a pally partnership has operated - presumably now being a little less pally.

Those "wise men" are, by far, the most misquoted and misplaced potentates in the Christmas story. Here is Gospel writer Matthew:-

Soon afterwards, some men who studied the stars came from the East to Jerusalem and asked, “Where is the baby born to be the king of the Jews? We saw his star when it came up in the east, and we have come to worship him.” 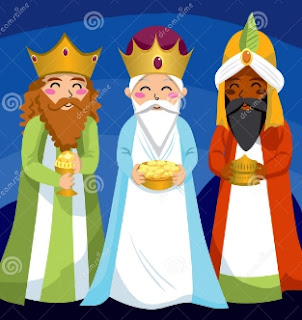 No mention of three - no mention of kings - no mention of assorted racial characteristics. And no camels; this particular ship of the desert was not domesticated at that time. And their names are a later "invention" with no Biblical support whatsoever.

They first went to Herod who was not a happy bunny ...

And so they left, and on their way they saw the same star they had seen in the East. When they saw it, how happy they were, what joy was theirs! It went ahead of them until it stopped over the place where the child was. They went into the house, and when they saw the child with his mother Mary, they knelt down and worshipped him.

"And they went to the house and saw the child". So no cattle shed and no baby. Because Herod ordered the slaughter of the children aged two years and below (based on the information given him by the savants), the inference is that the toddler Jesus was aged about 2. 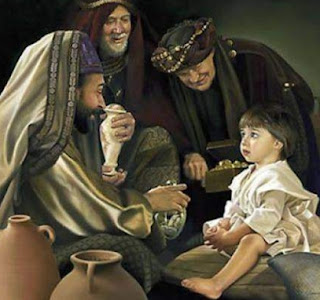 Importantly, and doubtless remembered by those who have followed these snippets, these "magi" had researched the scriptures and pieced together the prophecies of God's Messiah.

One thing for sure; they weren't Jews. They were probably from Persia and may have been senior "wise men" from the Zoroastrian faith.

But they had not the slightest doubt that they were looking for a world-changing "Messiah".

But the full meaning of Christmas is centred on those three useless gifts.