When 'Doon The Watter' Really Did Matter 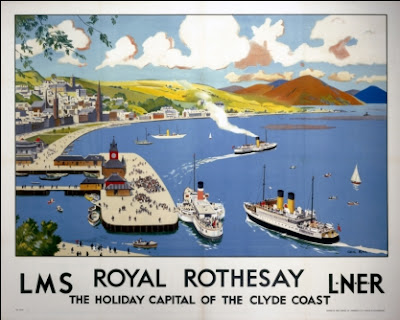 The lure of the towns on the coast of the Firth of Clyde becomes apparent when you compare the fresh sea side atmosphere with the industrial grime of hard-working Glasgow. A day trip "doon the watter" or, for the more well endowed, a holiday, would be a very real breath of fresh air. (click to enlarge map) 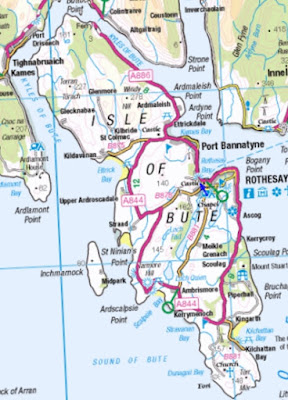 But it was likely that the influence of wealthy Glasgow businessmen living in Rothesay and seeking to travel swiftly to their offices in the city that led to the building of a railway branch to Wemyss Bay in 1865. (For the uninitiated Rothesay is pronounced "Roth-say" and Wemyss Bay is "Weems". fbb used to live near Cogenhoe, pronounced "Cook-no" so it's not only the Scots that play fast and loose with understandable place name sounds!) 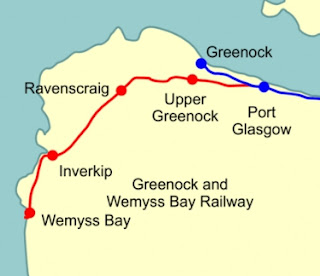 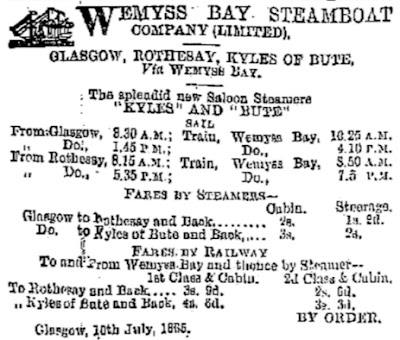 But the lure of the town and the spped of the railway meant that the route grew in importance nd business, After World ar 2, Wemyss Bay station was expended to five platforms and five berths were provided for steamers. 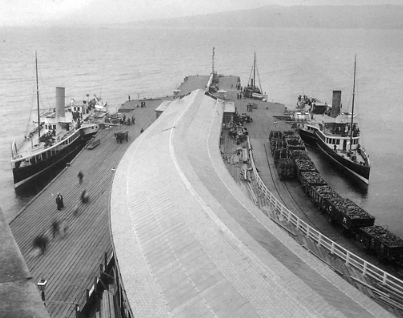 The large covered walkway from trains to boats would often be backed full. 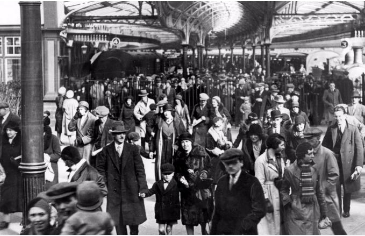 But a paddle steamer could clear 1000 people at a time and trade was brisk.

Rothesay had a lot to offer. A castle, three cinemas ... 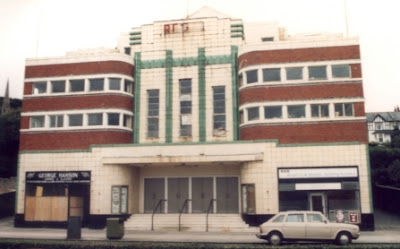 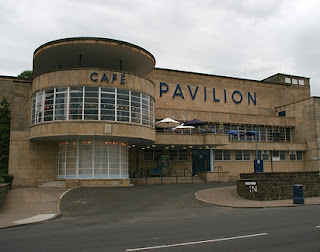 ... and a magnificent indoor swimming pool all added to the resort's attractions. 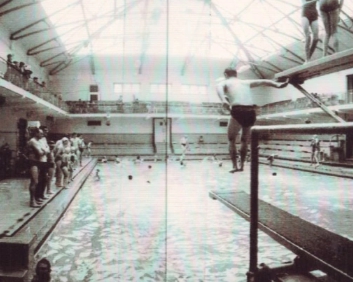 There was a well-appointed sea bathing pool as well with a big viewing terrace - always popular. 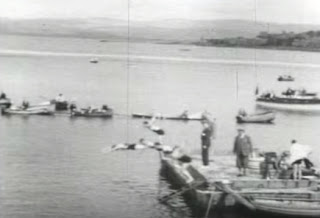 The little beach, known as "Chlidrens Corner" was always busy ... 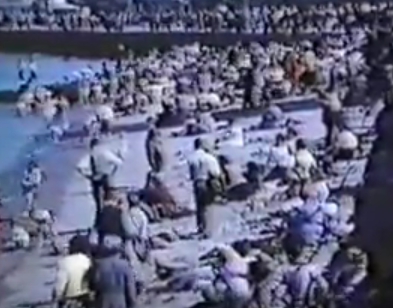 ... the sun was always shining and the crowds always came, year after year. 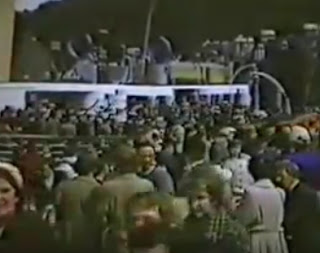 Of course, back then and until the 1960s the crowds came on foot. But life was changing. Cheap overseas holidays guaranteed sun, the motor car was taking over and the dozens of ferries and cruise boats were towed away to the scrapyard.

Firstly passenger boats took a few cars, then came drive on at the back at Wemyss Bay and off at the side at Rothesay. 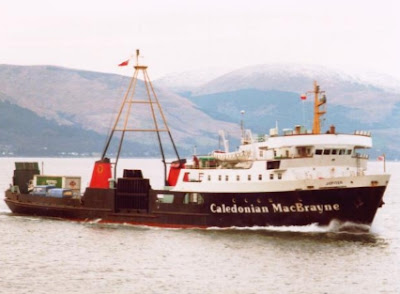 Boats like these, known affectionately as the "Streakers", worked to Rothesay and from Gourock to Dunoon; and slowly but surely the boats became car ferries that carried passengers. When fbb and Mrs crossed on Wednesday last on the latest and much bigger car ferry, there were about 20 foot passengers leaving Wemyss Bay at 1100 and 15 returning from Rothesay at 1400.

Most of Rothesay's "attractions" are closed and/or demolished.

It is no longer the Riviera of the Firth of Clyde.

But it still makes for an interesting visit.

But before we join the fbb's for their "wee sail" we should also take a look at Rothesay's trams. 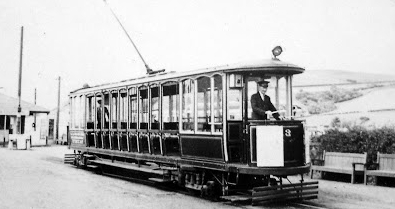 Next Rothesay blog : Saturday 27th August
Posted by fatbusbloke at 02:00