It used to be  quite seemly at Euston, especially for longer distance services. There was a waiting room ... 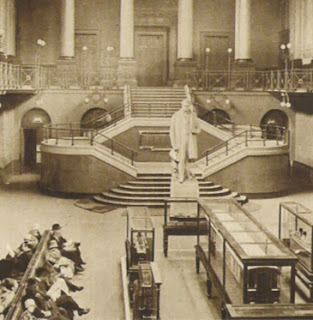 ... of grandeur and opulence; but the rest of the station was a dark and dingy warren of disconnected and unfathomable platforms. In 1968 Her Maj opened the new Euston. 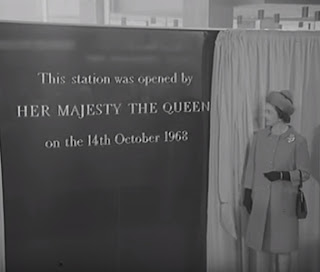 It was an open marbled concourse with no waiting room as such. 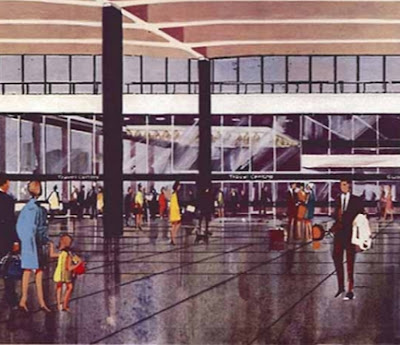 It was no longer opulent but intended to convey something of the clinical efficiency of the newly electrified main lines. But as the years passed those distinctive roof pillars each acquired a "retail unit" ... 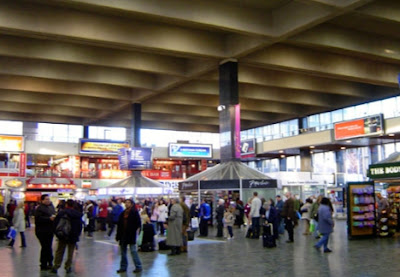 Now we all know that making money out of shop rentals is more important than passenger comfort and ease of movement, so Euston has recently gained a whole new mezzanine floor of "food outlets" ... 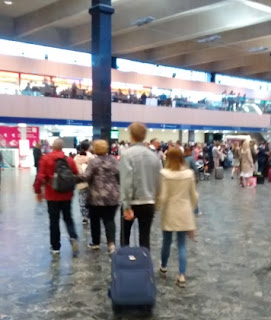 ... complete with the obligatory non-working escalator. 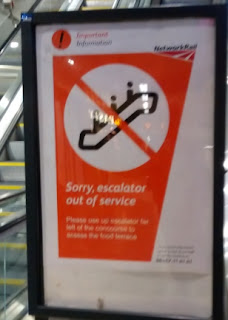 Some of the concourse units have gone, however. Somewhere underneath the new deck is the entrance to the Underground ... 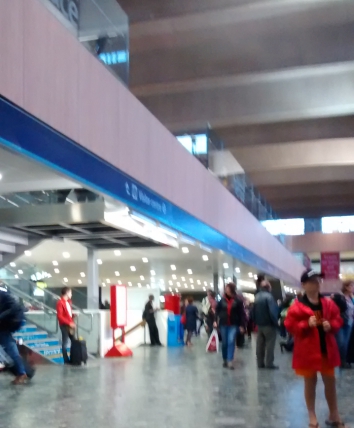 ... which used to have a huge and very visible cube to show you the way. 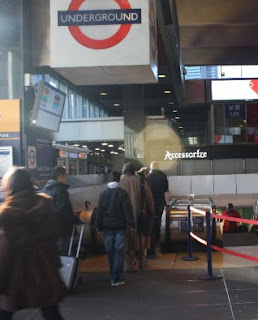 Also under the mezz deck is a Visitor Centre ... 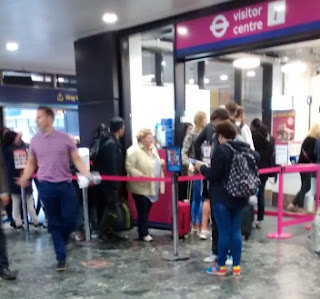 ... seemingly ill-equipped to deal with visitors if the huge queue out of the door ... 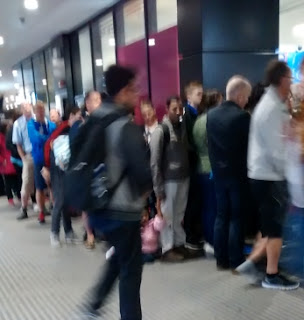 ... and way along the outside of the "unit" was anything to go by. Is that where you queue for "information" or ... 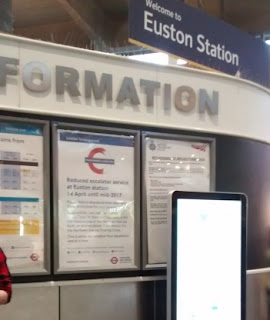 ... perhaps here. And buying a ticket? 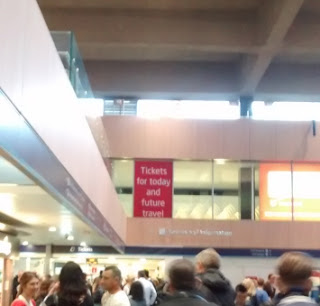 That's right over the other side and apparently on an upper floor. Don't worry, it isn't really upstairs.

But to the main point of this third stress blog. 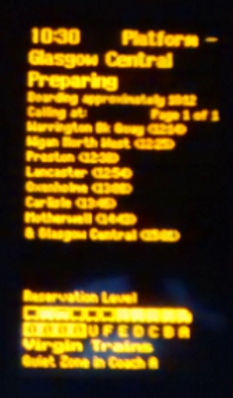 ... which then changed to Boarding "shortly".

At 1020 platform 13 was announced and approximately three million people surged from concourse to train and began fighting for their reserved seats. Unfortunately the electronic reservations labels were not switched on until 1025 by which time the train was packed solid. Chaos ensued which reigned until the train sped through Watford Junction station.

Just before departure, the fbbs' seats were still piled high with luggage because Pendolini are not designed for people who are staying anywhere. In the fbb's coach was a party of youff who were going on a camping holiday in the Lake District. Each of the young people was associated with a rucksack of mountainous proportions, none of which would fit in any designated luggage space. 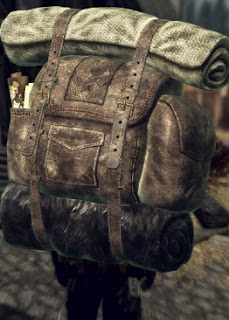 Further consternation ensued when a member of the train staff battled through, informing people that luggage could not be left in corridors or doorways for safety reasons.

By Tring, most people had found a seat, often clutching their mountainous luggage to their heaving and exhausted breast. But apparently such an asphyxiating sedentary cloggage is much safer than piling a few loads across a door (off-side) which wouldn't be used until a much emptier train arrived in Glasgow.

Just behind the driver's cab is a luggage van, but ...

And talking of safety. fbb ventured to the "shop" for a cup of cardboard tea for himself and the Mrs. 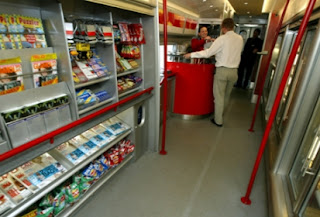 Between the sales display (left) and the counter, blocking half the width and just where the queue was queuing was a large yellow crate and a large heap of  "sticks" of cardboard cups.

Passengers may not block gangways but Virgin staff are free to do so, just where folk might be staggering about with hot beverages as their world Pendolinoes tilt-wise.

Dear Mr Branson and/or Mr Souter;
Please provide some luggage space that is big enough for luggage and find a better place to stow shop stock.
And please let people get on your trains in time to fight for their seats.
And switch the reservation signs on before the people get on!
Maybe even ask you staff to show common sense rather than wittering on about safety.
Thank you.

But the journey was spot on time with gorgeous views of the Lake District ... 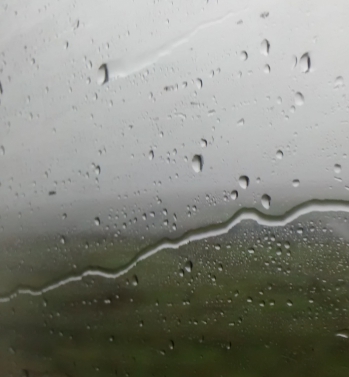 ... and the beautiful hills of South West Scotland. 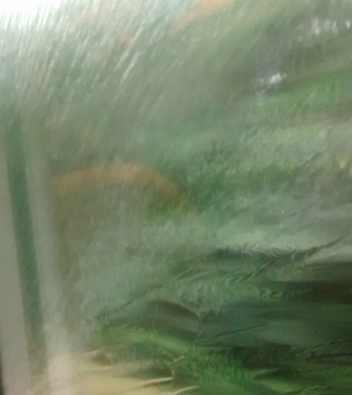 But de-stressing in Largs was soon underway.


Next de-stress blog : Thursday 25th August
Posted by fatbusbloke at 02:00