The Dominance of Bristol Tramways

The Bristol Tramways Company had not operated trams since 1941 buyt retained the anomalous company name for many years after that. A 1966 route map shows near domination of Bristol, Bath, North Somerset and much of South Gloucestershire. 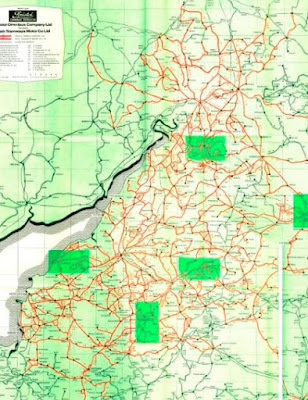 Bristol is the green box upper centre, Bath is centre right. The extract below shows a significant rural network radiating from Bath. 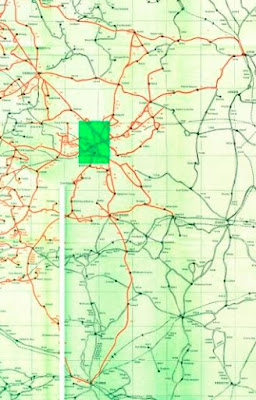 Today's rural First Bus network is much reduced. Take away urbanised services to Bristol, and routes via Radstock and Midsomer Norton and there isn't much left. 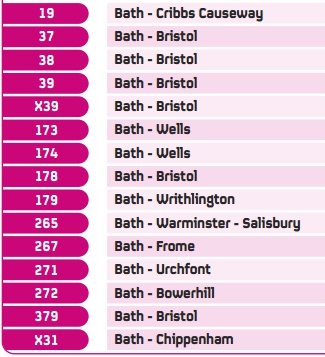 This 1938 map extract shows a rich profusion of services in the Chippenham direction. As a route map it was useless as it failed to show any route numbers! Even in 1938 bus publicity wasn't always good. (click on the map below to enlarge it) 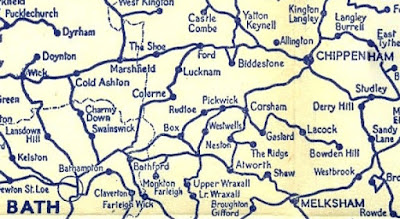 By the time of the Great Britain Bus Timetable and the xephos database, First Bus operated every half hour between Bath and Chippenham, routes 231 and 232. 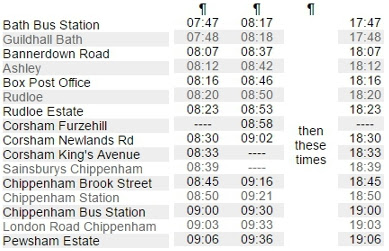 The "Barbie" buses were then joined by a competitive newcomer, Faresaver of Chippenham.

Faresaver numbered their route X31 with X meaning nothing more than "one of our important routes", although it did miss out some of First's estate "twiddles".

Then, following a national pattern and the Aberdeen-lead policy, First simply gave up, leaving the route to the upstart newcomer. The service now runs every 20 minutes.

Faresaver operates some impressively up to date vehicles ... 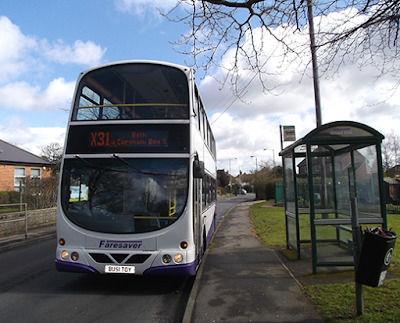 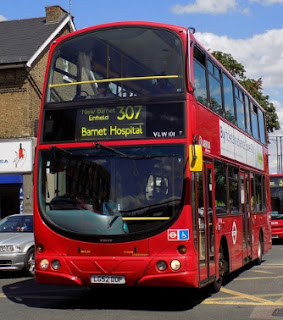 Faresaver's livery is smart, uncomplicated and looks well on all the vehicles. 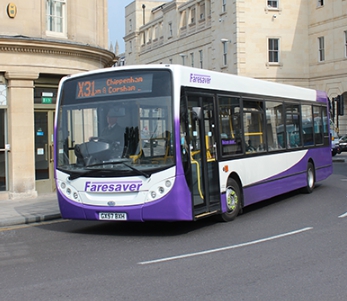 GH57 BXH was previously with Southdown in Crawley. 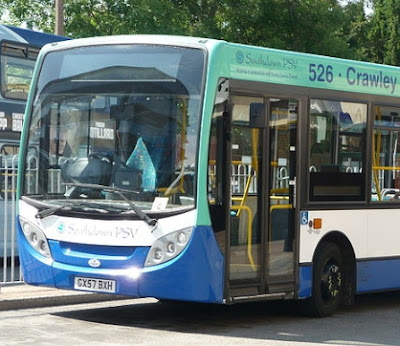 But, we hear you cry, fbb has got it all wrong. In that list (above) there is a First Bus X31.

Is the retrenched company making a comeback om the Bath to Chippenham Road.

In a cruel twist of fate, First now runs the Sunday tendered journeys on the X31.

How the mighty are fallen!

At the other end of the scale is Faresaver's route 69, aka Zig Zag.

Although not a Bath service this indicates with breadth of Faresaver's business. It is a Wiltshire tendered service with a small number of journeys each day serving a selection of rural communities. 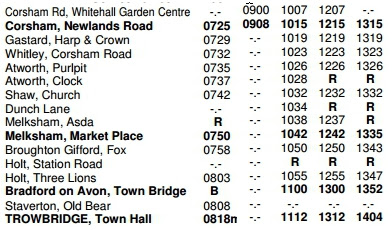 Again, smart vehicles are the order of the day ... 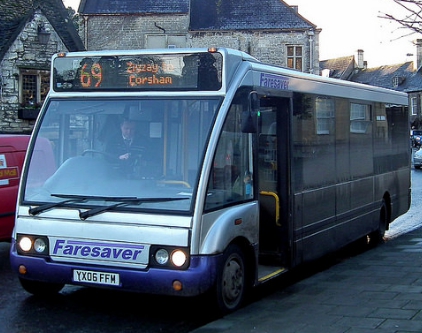 ... here, a minibus also seen with Acklams of Beverley. 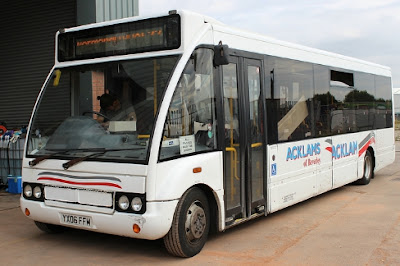 That is just a savour of the flavour of Faresaver, one of the largest "independents" serving Bath.

But now we must move on to Bath City and the changes to be introduced by First from Sunday 4th September.

It's quite a shake-up!


Next Bath blog : Thursday 18th August
Posted by fatbusbloke at 02:00