Why do They Do It?

In recent years three ferry operators have been dominant on the Solent Passage. Wighlonk with two car ferry serviices (Portsmouth to Fishbourne, Yarmouth to Lymington) and one passenger-only route from Portsmouth to Ryde. Red Funnel operate separate passenger abd Car Ferries from Southampton to Cowes. Then there is the upstart newcomer, dating from only 1965 (!), the Hovertravel Hovercraft link between Southsea and Ryde. 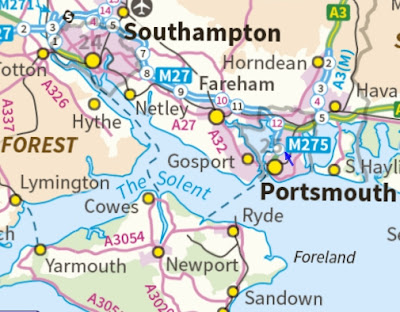 Wightlink's predecessor had a go at Southampton to Cowes and Cowes ro Portsmouth, both shortlived but many have tried to compete. Uninformed Island opinion is that with extra competition fares would come down and service would improve.

But it isn't as simple as that. Cowes Express tried in a bog way on the Southampton run ... 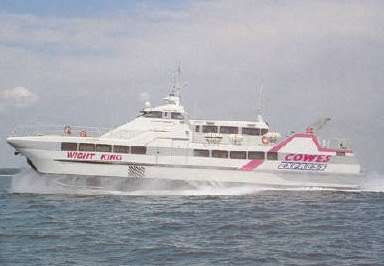 ... and failed in an equally big way! The less busy sail from Yarmouth the Lymington seems to have attracted the most suicidal entrpreneurship. 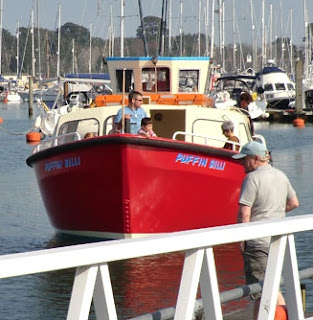 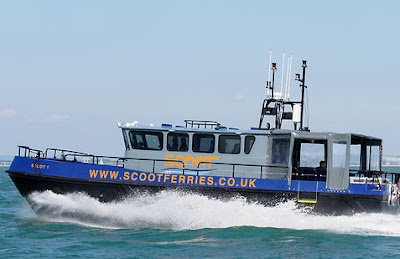 Some operations never even started! 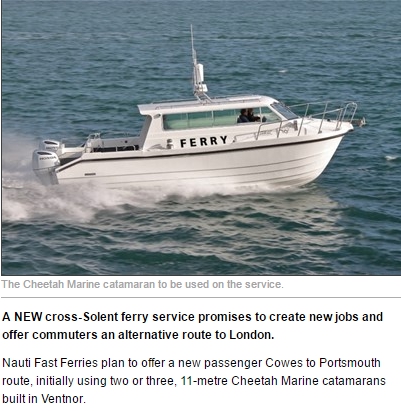 But in March this year something different emerged from the Yarmouth Lymington route.

This was a much less ambitious scheme. Using a "Needles" cruise boat and crew ... 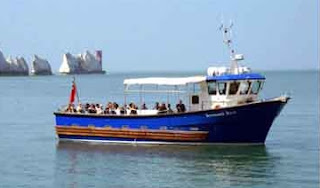 ... the aim was to provide a link from and to the Isl;and replacing journeys withdrawn by Wightlink. 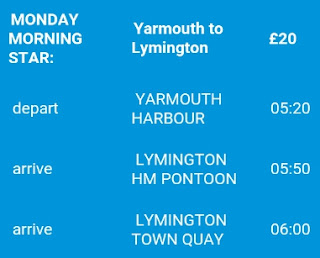 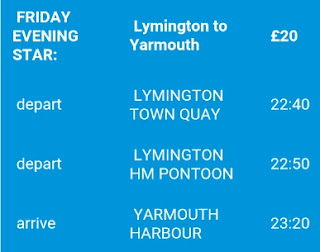 The customer base for such as service would, presumably, be those who live and work in the Big Smoke(less) and take their weekends on the Island. Using sailings at these times such persons could get to London on a Monday morning in time for a busy day of meetings and lunch-doing; likewise they could slave away until the factory whistle blows at 5 o'clock and get to their Island beach-side bolt hole late-ish on Friday.

But, to nobody's great surprise it didn't happen!There simply weren't enough customers to make it viable. 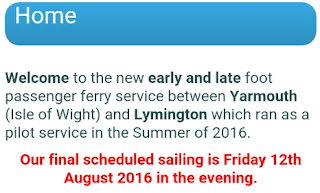 Much has been made in the media of the Company's "Crowd Funding" status. This is explained on their web site. 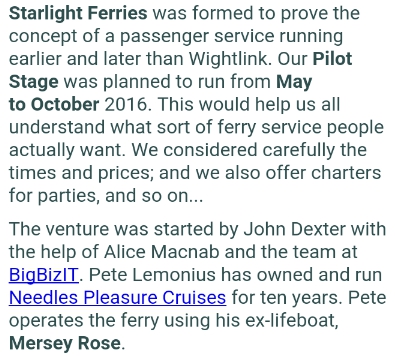 The launch, back in March, was accompanied by a picture of enthusiastic "passengers" ... 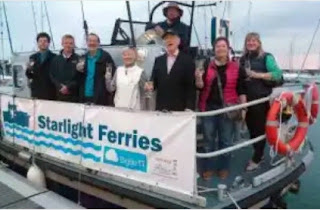 ... who were encouraged to pay money "up front". 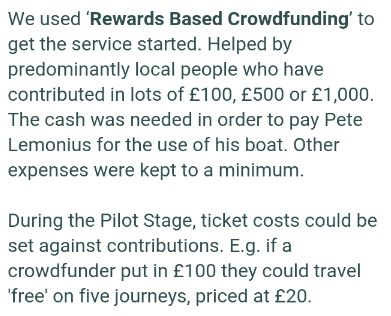 But, in the end, the project was simply not viable. 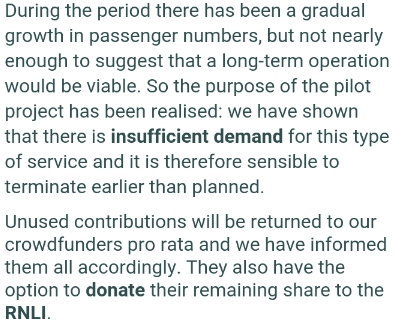 The opportunity to give "unused" money to RNLI shows a high degree of responsibility on the part of the owners and operators who could easily have closed down and kept the cash to cover their (possibly significant) personal expenses.

.But perhaps they weren't!

Sad to see an innovative venture fail to make it; but as Sergeant Phil Esterhaus ... 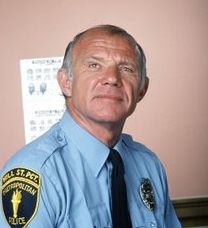 ... used to say on most episode of Hill Street Blues, "Hey, let's be careful out there!".

But Better News from the East 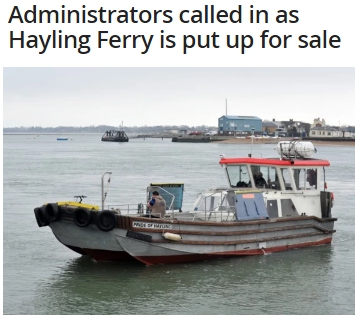 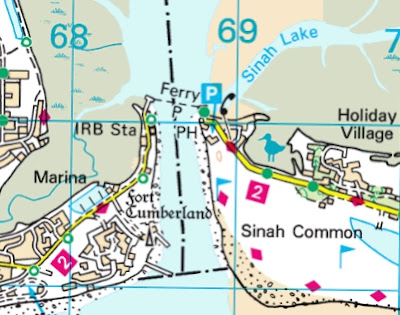 The company went into receivership and the service ceased. Always a fairly basic service as here in the 1920 ... 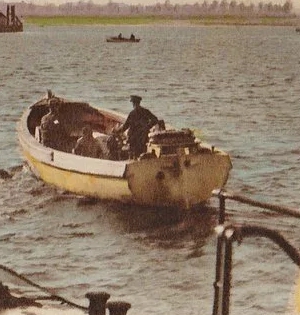 ... it was served by buses each side and, especially in the Summer, was very popular indeed. 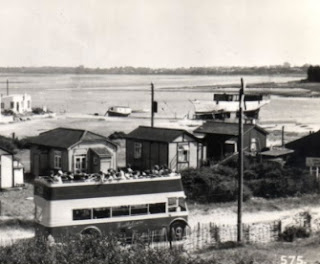 The bus links have gone, through passengers are minimal off peak and consist mainly of cyclists avoiding the 16 mile trip by land.

So the future for the link looked bleak. 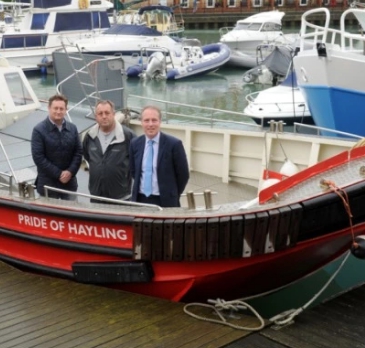 The Hayling Ferry Trust has reached its target fund to subsidise and support the new owners, Baker Trayte Marine, to run the service for around a year.

But the future of the service is not guaranteed, and will depend on how much people use the service. Trustee member Mark Coates said: ‘It’s a very exciting time, and I hope people come down next Friday to show their support. It’s also important that people regularly use the ferry if we want it to last’ 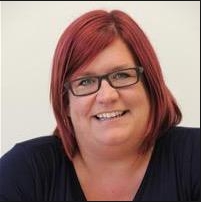 The trust, spearheaded by Hayling councillor Clare Satchwell, formed in June to manage and provide funding to the ferry operators. They have raised over £11,000 from online crowdfunding alone. This is on top of the £5,000 that was given by Virgin billionaire Sir Richard Branson, who is a fan of Hayling Island, having supported the Virgin Kitesurfing Armada Festival. 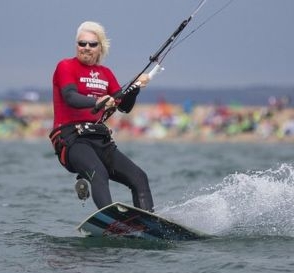 So maybe not a full reprieve but a stay of execution.

Next Bath blog : Tuesday 16th August
Posted by fatbusbloke at 02:00