Thanks, for this blog, to correspondents Peter and Roy for a range of snippets. But first teo taxi items. We tend to forget that the traditional taxi or the developing pre-book hire car are both a form of transport available to the public. So here goes with our first slide.

But not this one! 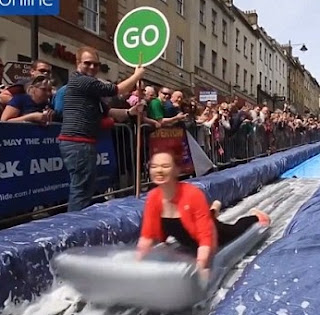 The ride a lilo down Park Street on a Waterslide "event" was held in 2014. This Slide looks like this:- 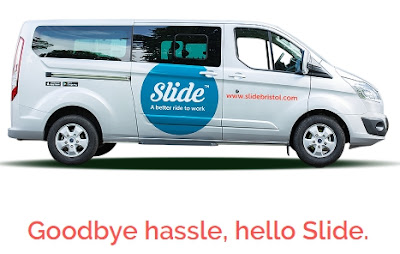 It is operated by the Paris City Transport Authority (aka RATP) during Monday to Friday peak times only. At start-up it offers facilities in greater Filton, in Clifton and between the two. 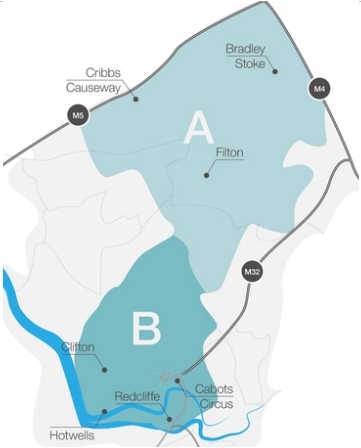 For customers who cannot undestand this concept, they offer a helpful diagram! 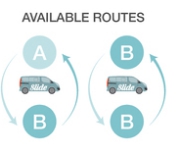 Indeed we are told lots of esseential things on-line like this ... 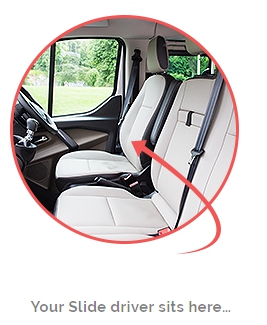 ... without which your journey would be impossible.

So is it a taxi? Not quite.

Is it a minibus service? Not quite.

To make our pickup times as speedy as possible we’ve allocated convenient pickup and drop off points. These will be within five minutes walk of your home and work.

Does it run at fixed times? Nearly.

Your pickup time will never be more than 10 minutes earlier or later than your preferred time.

Will it be faster than a bus? Maybe, maybe not.

There’s no magic wand for traffic congestion (if only) but our app gives you an estimated travel time when you book and real-time updates updates along the route to account for busy sections.

How much does it cost?

Slide is cheaper than a taxi, at least half the price in fact. Our fares are fixed and upfront – the cost of your ride depends on your journey distance. From Clifton to the centre will cost £4 and from Filton will cost you £6. Search in-app to find your fare.

But more expensive than a bus. And, of course, you have to pre-book via an App and peer PokemonGo-like at your device to check when Slide will arrive, which way it will go and when it will get there - perhaps. 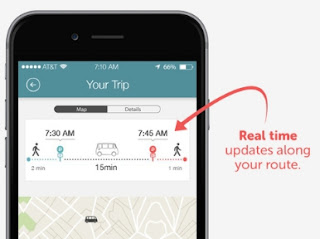 The idea sounds OK technically. Clever computer wurgling will gather customers together to make a full load and then whizz them to some central point(s) in the lap of luxury ... 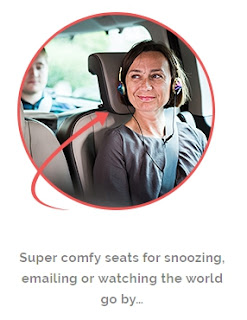 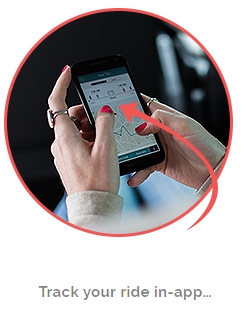 Were fbb a commuter in Bristol, and were he close to a frequent bus route, he would go by bus because it would be much cheaper, especially with a monthly season. If fbb were a wealthy go-getting young executive and if he were domiciled in the posher reaches of Clifton some distance from a frequent bus route, then he might try to Slide to work each day.

Will there be enough in the latter categories to make the service viable?

It has all been tried before (see Stagecoach in Fife, for example) ... 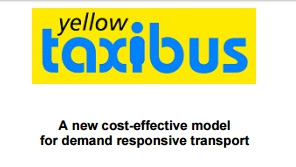 ... but that was before the days of Apps and really clever confuser software. It was door to door and, once registered, you hung a label on the doorhandle to "call" the taxi.

Fares were reasonable (but, again, higher than the bus) but became very cheap if you could make up a group. 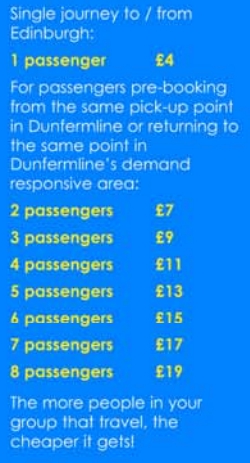 But Uncle Brian the Bearded couldn't make it work and it fizzled out quite quickly. 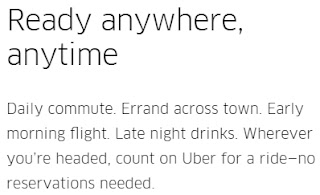 This is a pre-book hire service which, via App tap technology gives you "instant" pre-booking via your device.

A couple of years ago, Fred needed a ride
BlaBlaCar was born one Christmas, when founder Frédéric Mazzella, a student at Stanford, wanted to get home to his family in the French countryside. He had no car. The trains were full. The roads, too, were full of people driving home, alone in their car. It occurred to him that he should try and find one of the drivers going his way and offer to share petrol costs in exchange for use of an empty seat. He thought he could do it online, but no such site existed… The adventure had begun!

Again, using the power of the interwebnet, this is a car sharing service. If you are a regular car-based "commuter", you register with BBC and they put you in touch with folk who are willing to share the cost of that journey.

The service is now world-wide.

Company Metrics
30 million members
22 countries
10 million travelers per quarter
over 2 million trips available in the future at any given time
over 3 billion miles shared
an estimated £216 million saved by our drivers every year
an estimated 1,000,000 tons of CO2 saved over the last 12 months
average car occupancy 2.8 people (vs 1.6 average)
over 15 million app downloads (iPhone and Android)
4 million Facebook fans (all Facebook pages together)

What brought BBC to fbb's attention was an email from Hampshire correspondent Peter. He told fbb about Slide AND BBC, the latter of interest as his good lady wife had been offered a BBC ride from Sidmouth to Honiton.

... but nothing was available. He was, however, offered the opportunity to post an "alert", i.e. to ask the question, "Is anyone going my way?"

And from China?
Suggester some time ago, but now built as a demonstration. 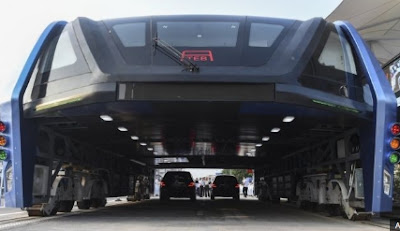 It straddles two lanes of cars and can, literally, overtake! It needs high level stations ... 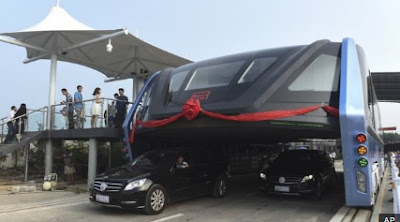 ... and fbb cannot think of any argument that makes it a practical suggestion. China claimed the above was a "test run", but sober investigation suggests that it was only the people that moved! A model did, however, materialise at a technology exhibition.
It isn't even April 1st. Thanks to Sheffield lad, Roy, for sending this one.

Back to the (comparative) sanity of Sheffield's Tinsley tomorrow.

Next Tinsley blog : Monday 8th August
Posted by fatbusbloke at 02:00