The fbb family paid a state visit to Bath many, many years ago, driving from the Isle of Wight. fbb remembers little of the trip except calling in to the Pump Room. 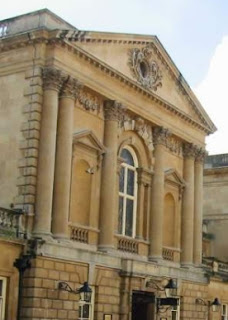 Sadly, the original and superb Bath Chairs were unavailable on the day of their visit. Now these were public transport of quality! 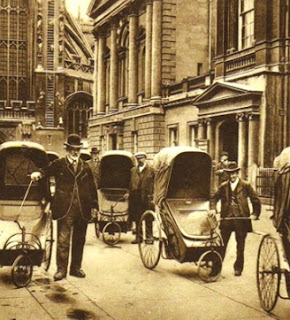 There were the Roan Baths to see, gently steaming ... 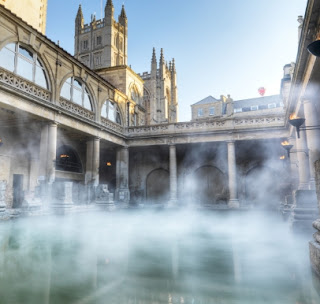 ... but the highlight that stuck in the chubby one's memory was of "taking the waters".

The hot mineral waters in Bath are the only hot springs in England. Rain water from the Mendip Hills filters through an underground layer of limestone in the earth. Down, down it travels to about 14,000 feet, where by geological wonder it is then pushed back up through the earth along fissures and cracks in the limestone rock formations to the surface where it flows out into three springs, heated by the deep-level strata. Around 250,000 gallons flow from the earths surface every day, which the bath houses are built over. The water's earthy tone and taste account for the minerals that dissolve from the rocks as the water passes through it.

The "taking" took place in the posh restaurant, where a glass of the hard stuff could be purchased from a liveried flunky complete with wig, opulently embroidered tabard and white silk pantaloons. Later pictures show a snivelling serf performing the complex art of bathwater serving. 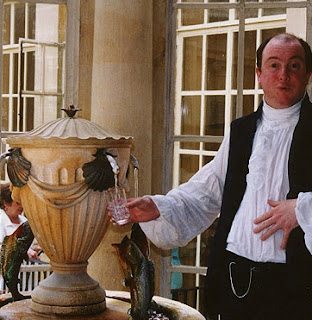 For the record, the H2O tasted very "flat", slightly flavoured with bad eggs and unpleasantly tepid. fbb felt no benefits other than a slight nausea which quickly passed. The rest of the family was, understandably, revolting/revolted by their tentative sips.

The gang had parked at the oddly named Odd Down Park and Ride. From memory (not always reliable) the parking was unimpressive, the bus a rather tired Olympian and the fare was £1.80 each for the adults and free for the kiddies. The fbbs were the only passengers on a mid morning run into the city.

Things have moved on since then. Two services run from Odd Down, one to the Hospital ... 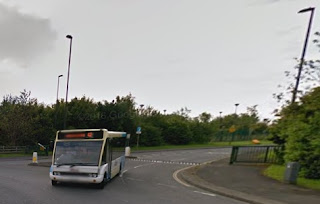 ... numbered 42. This interesting route runs every 30 minutes, Monday to Friday only ...

... but, between 0900 and 1600, divertes in to various housing areas for pre-booked passengers, thus taking on the role of a cheap taxi to the Hospital. 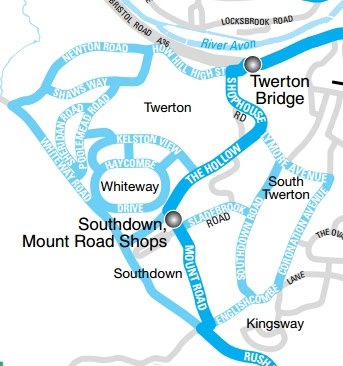 Neat idea, eh? The "pre-book" roads are shown in a lighter blue.

The other, the "proper" park and ride to the city centre, has gone posh since fbb's historic visit. 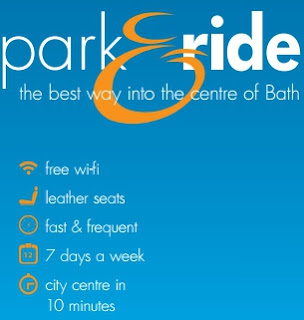 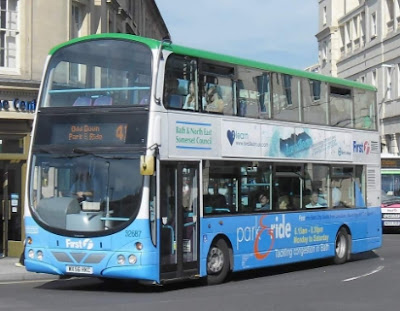 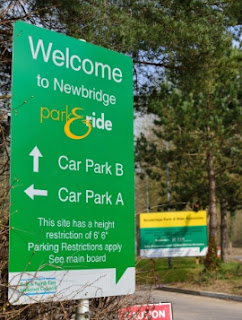 Parking is free and you pay for the bus. Fares are standard across all three P & R sites. 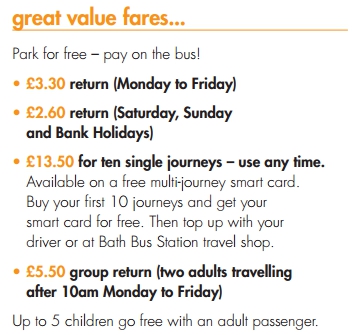 Odd Down is on the south of the City ... 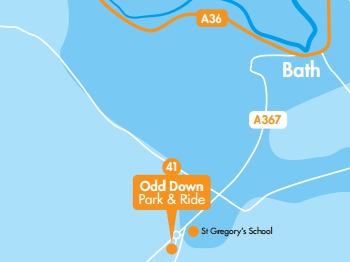 ... joined by Newbridge on the approaches from the west and from central Bristol. 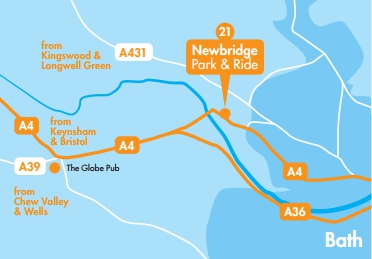 The third site is north west. 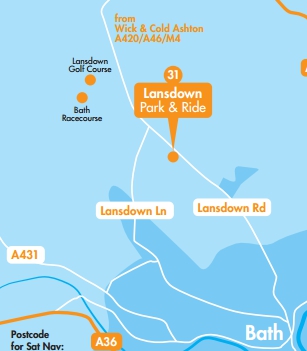 Each route has a separate terminal loop in the city, which is probably a good thing as it should encourage the hesitant visitor to avoid catching the wrong bus. 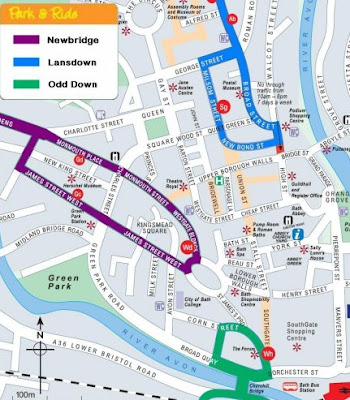 The three routes are operated on behalf of the nattily named Bath and North East Somerset Council by First. 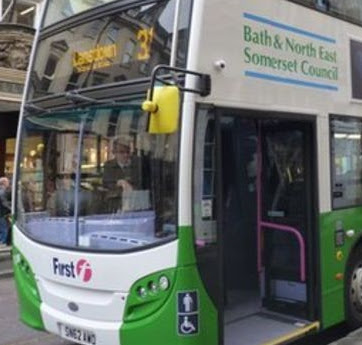 Obviously it is straightforward to get to Bath by train with a centrally placed station. There are good bus links for nearby towns; but, should you travel by car, the Park and Ride is strongly recommended as parking in the centre is fraught and financially frightening.

Tomorrow we take a look at the bus network, the more urban routes being in the hands of First. But other operators are there in some profusion, especially on inter-urban routes.

The quality of blogs may suffer due to "operational reasons".