Another Hole in the Road

And Some Obvious Music
This notice appeared on the Stagecoach Northampton web site a few days ago. 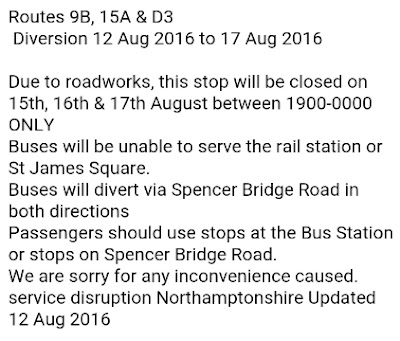 "This stop will be closed"? Now which stop will that be. 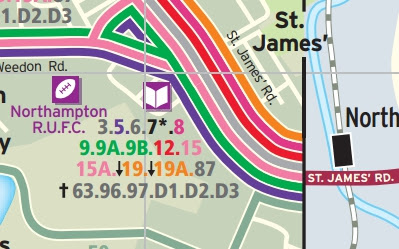 Services 9B, 15A and D3 are part of a clutch of routes that run past Northampton Station and on via St James. Presumably, because the closure is from 1900 to midnight, Stagecoach only quote those few routes that have an evening service.

But, again, which stop will that be?

The notice tells us that buses will not be able to serve the Station or St Jasmes; which sounds like two stops.

We are also told that all buses will divert via Spencer Bridge Road ... 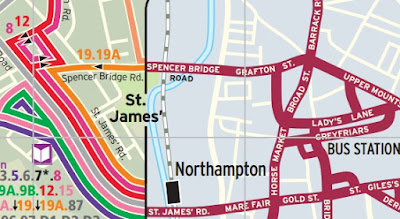 ... rather a lengthy walk from the station.

So which stop would not be served as per the Stagecoach notice.

In fact FIVE stops will not be served. 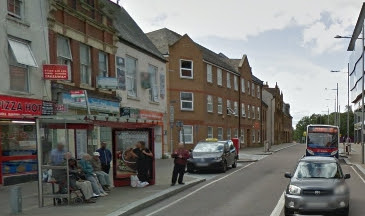 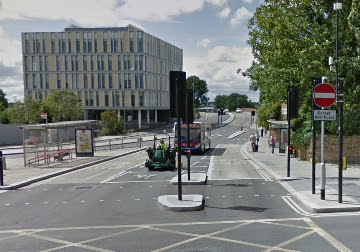 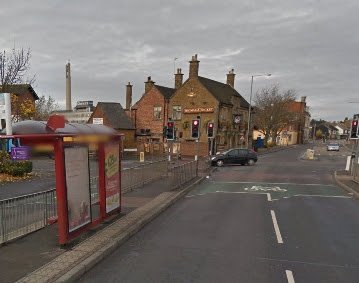 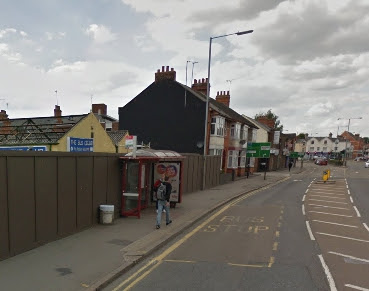 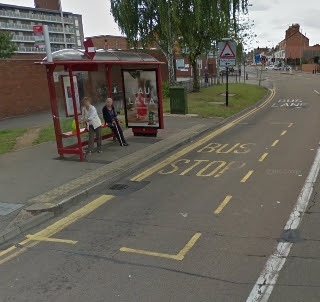 Diverted buses would re-appear further up Weedon Road; here, in fact, where the white car in emerging.

And what has prompted the diversion?

The Road(s) are being resurfaced outside the station and at the junction just before the station. Here are the lads at work looking from the station back towards town. 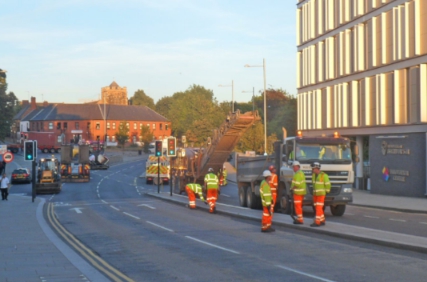 But hang on, folks. Surely buses could come down Mare Fair and turn right into St Andrews Road, serving a temporary stop there for passengers from and to the station. 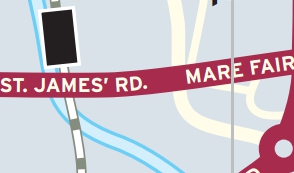 St Andrews Road is the white bit running north from the M of Mare Fair.That would be a sensible idea BUT ... 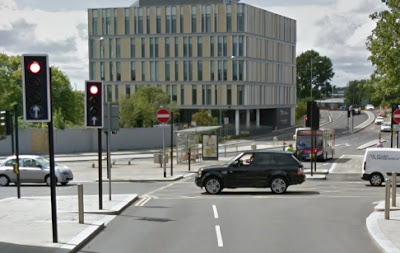 .... buses only are allowed through the junction and they MUST go straight on only. Surely that right hand prohibition could be suspended? Oh no, Sir! We would have to re-phase the traffic lights, seek permission from No. 10 Downing Street or Buckingham Palace and it would cost far too much money. Far easier to inconvenience bus passengers. Well, there aren't many of them, are there? 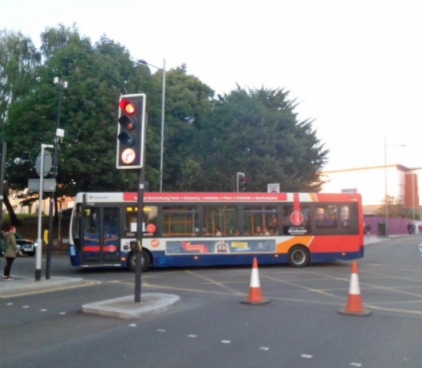 ... here's a Stagecoach bus whose driver forgot and/or didn't read the incomprehensible notice and/or decided to use his initiative. He doesn't seem to be having much trouble turning right from Mare Fair into St Andrews Road.

Far less trouble, it would seem, than the driver of this bus which, U no, also forgot and had to turn round in the road on the other side of the blockage on his way into town. 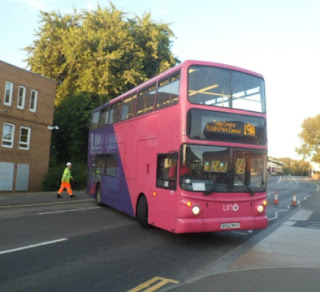 So, all in all, an excellently publicised change showing real consideration for the commuters arriving at Northampton Station.

Thanks to Alan, Northampton correspondent, for the two bus boobs and for the basic information. 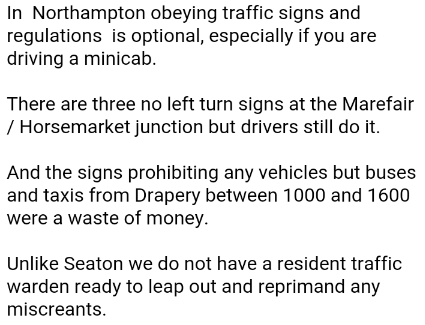 Next bus/train blog : Monday 22nd August
Posted by fatbusbloke at 02:00