Another Collection of Snippets ; Why Bother!

This is the new and incomprehensible infromation display outside Axminster Station, snapped a couple of weeks ago ... 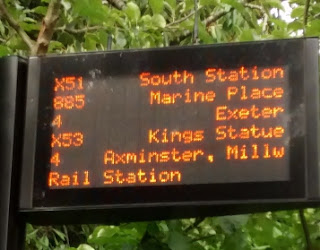 ... and this is the same screen showing a display on Thursday last, 11th August. 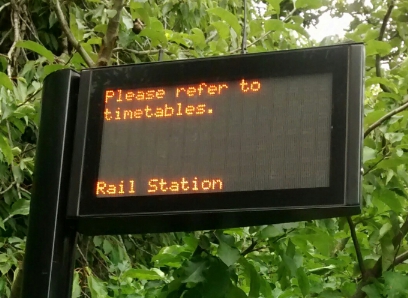 It was equally helpful yesterday!

SouthWest Trains Spot the Livery
Some weeks ago, fbb spotteo and photographed an experimental revised livery for the company's class 159s. 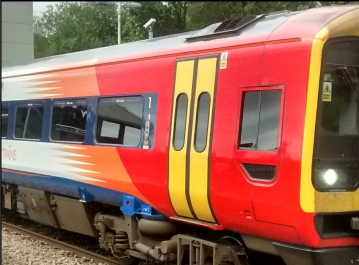 Yesterday, whilst bidding a fond farewell to a Leicester chum, fbb spotted the zig-zaggy orange again. But previously a comment writer has reports yet another variant and, lo and behold, this version pulled into Axminster at the same time. 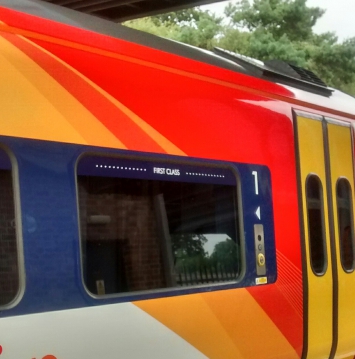 Can you spot the difference? There's an extra orange swoop across the red and the main orange bit seems to be made up of two different tones of orange; but that may be just poor colour matching. The extra orange seoop then splits into a fan of fine lines ... 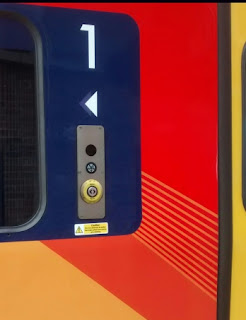 ... amost invisible unless you nose is close to rubbing the side of the coach! If you are confused, THIS is normal ... 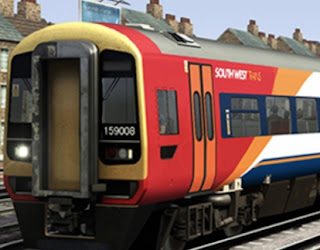 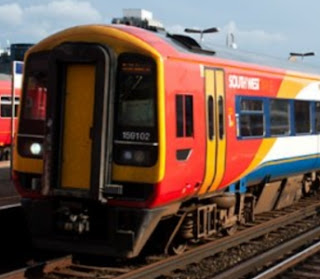 Powerful Publicity Provision from Meridian
Northampton's town service independent Meridian is renowned for its variety of leased vehicles. This one, recently repainted into the company's fleet livery ..,. 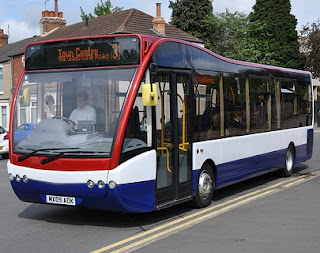 ... used to be with Fleet Buzz in darkest Hampshire. 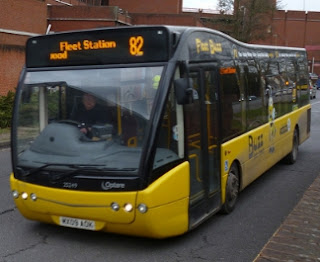 But the highlight of this operator's business plan is the powerful way in which it promotes its services. Here is the timetable on display at Northampton's too-small bus station. 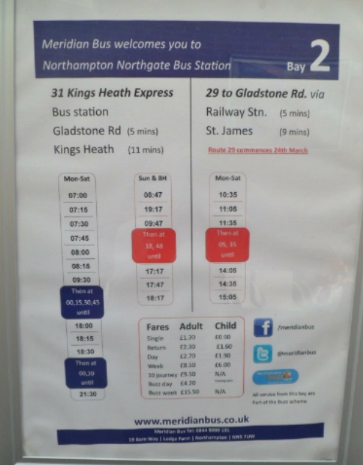 It is produced by Meridian as operators are responsibly for displaying their own information at the stand. Service 29 ... 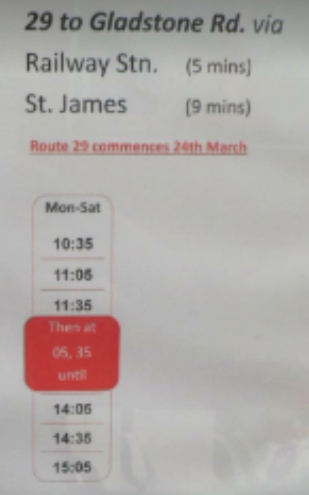 ... has not run for about a year.  Service 31 changed radically a week ago. It used to run every 15 minutes Monday to Saturday ...

... and every 30 on Sundays. But now, some Sunday journeys are withdrawn and off-peak Monday to Saturday the service is reduced to every 20 minutes, extending alternately to Kingsthorpe or Sixfields.

The latter destinations are thus served every 40 minutes, a frequency beautifully designed to confuse passengers and put them off using the service.

To add to the success of Mr Meridian's business adventure, the departure screen above the stand shows thus:- 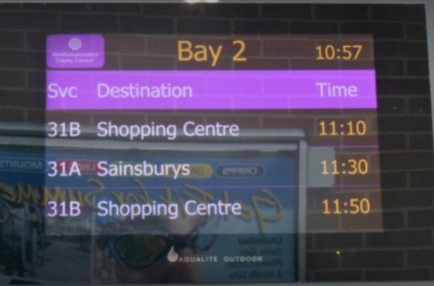 The brave (and mathematically skilled) occasional passenger who can cope with every 40 minutes without a timetable to look at may, understandably be forgiven for wondering (a) which shopping centre, and (b) which Sainsburys?

Nice Mr Hammond (he's Chancellor of the Exchequer this week) is excitedly coping with the Brexit vote by spending lots of money that he hasn't got. One project he has recently authorised is ... 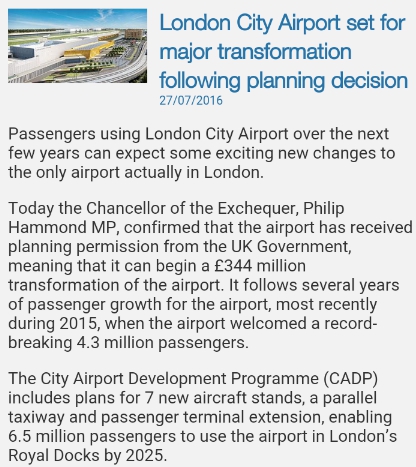 We all remember his predecessor, nasty Mr Osborne, who told us that, after the Brexit vote, he would have to increase our taxes, cut spending and be generally very horrid to us all.

But, of course, we look to the Green Party, in particular its unsuccessful candidate for the recent London Mayoral elections, for an alternative view. 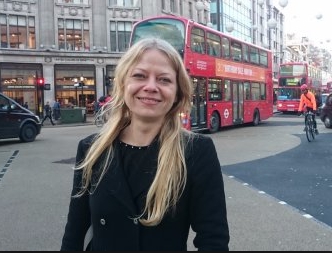 Sian Berry wanted to use money she hadn't got to buy the airport, close it down and replace it with lots of lovely houses. 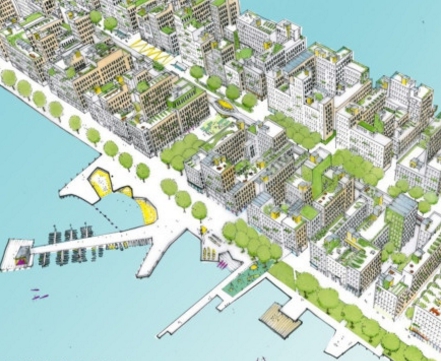 She opined, "Once Crossrail is built, it will be much easier to get to Heathrow and so City Airport will not be needed."

This stunning policy rather overlooked the fact the Heathrow is full of passengers (and planes) to bursting point.

Oh, fbb forgot. Heathrow now needs its third runway; a policy which doesn't quite accord with Green Party philosophy/

Oh, fbb forgot. That won't happen because Boris will put a stop to it. 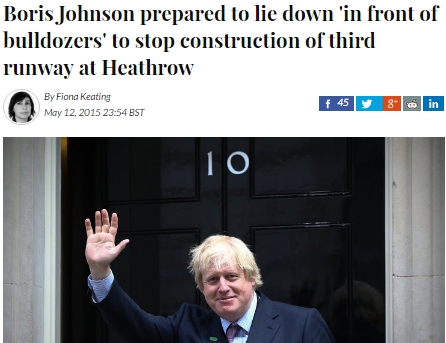 Never mind. However crazy Ms Berry's policy might have been, there was absolutely no chance of her becoming London Mayor, so ...

Next ferry blog :Monday 15th August
Posted by fatbusbloke at 02:00