An update from yesterday's blog, where fbb was contrasting the availability of printed information for the passenger. First Bristol had an excellent leaflet for their 8 and 9 service ... 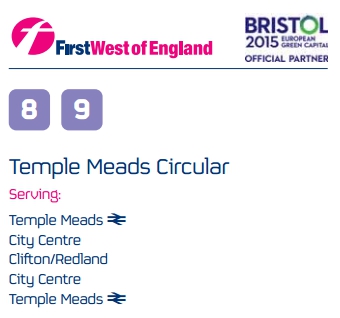 ... which will be changing on 4th September. Thanks to a comment from a reader, we know that this leaflet is still available.

But in Sheffield, there are NO LEAFLETS for any exclusive First Bus services; none at all. The only printed publicity available is two or three service leaflets under the banner of the Sheffield Bus non-Partnership produced by Stagecoach.

On-line, search for services 35 and 69 on the Travel South Yorkshire web site and there was no mention that either of these routes is changing ... 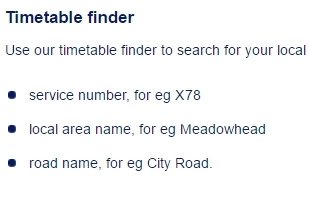 ... although since compiling yesterday's blog, the 69's successor X1 has now appeared.

There is still nothing on First's site. We do have a "planned change" ...

In the "news" section an "easier" fare structure is revealed ... 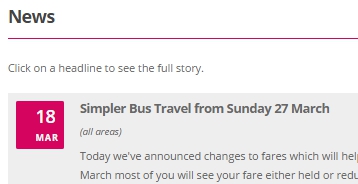 Faced with this underwhelming volume of helpful literature in Sheffield, it is worth examining in more detail what is proposed for Bristol. 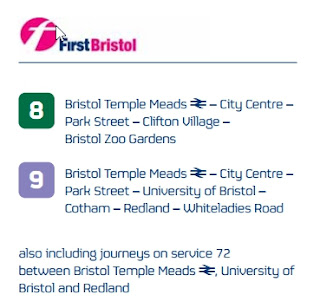 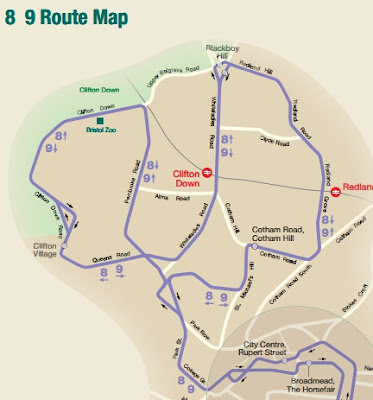 ... via Clifton or Cotham is, in essence split into two separate services. The 9 will loop via Cotham, Redland, Blackboy Hill and Whiteladies Road returning via Pembroke Toad to Blackboy Hill and "as outward route reversed" to City. 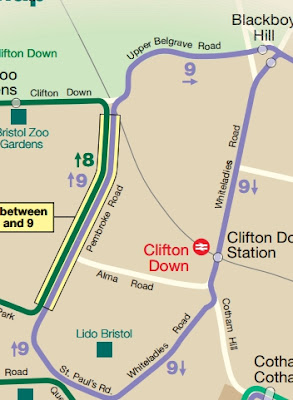 This loop is drastically reduced from every 12 to every 30 minutes. But in a clever move, the half-hourly 72 will run via the University and Redland Station ... 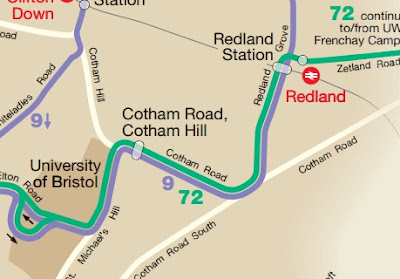 ... also every 30 minutes giving four buses an hour over the busiest section of the 9.

The new "Clifton Circular" 8 will be increased to every 10 minutes. 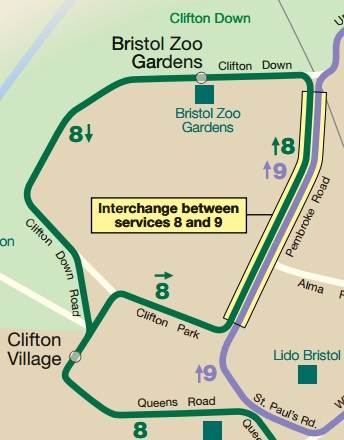 The frequencies are being changed from the present every 12 minutes both ways round. Both services use Pembroke Road allowing interchange for passengers who have lost their through link between Cotham, Redland and Clifton.

Ironically, when fbb delved back into his last set of xephos data for Bristol the Cotham/Redland side of the loop was every 20 minutes and the Clifton bit every 10. 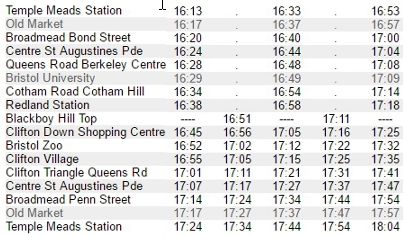 But not quite as "around" as it used to.

One bonus point for the new timetable leaflet is that it shows the service 72 journeys on the 9 side.

And as a passing reminder of the longevity of the route, here is an 8 (or was it a 9) snapped by fbb at a friend's wedding held at Clifton Church in 1988. 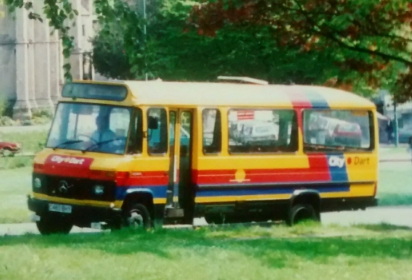 Rolling stock from here on looks like a potted history of First's bus purchasing policy. Darts, of course ... 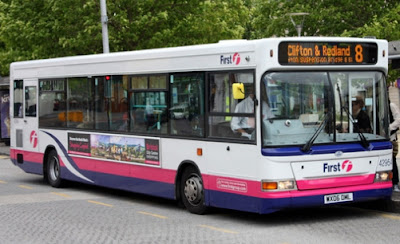 ... then these Wright bodies standards. 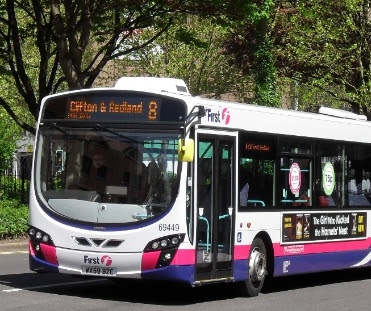 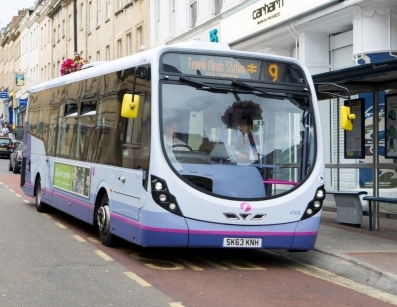 fbb wonders, in passing, what will appear from September 4th.

But back to Sheffield. It would be really good for the bus passengers of the great Steel City if the information for their September changes were even approaching the quality of that in Bristol.

But is most definitely isn't.

fbb is battling with his brain and his local northern knowledge to complete the picture. Suffice it to say that the 69 to X1 transmogrification is reasonably straightforward BUT ...

... when it comes to replacing the service voa Tinsley; that is a very different story.

We'll take a breather over the weekend and return to Tinsley on Monday. By then various emails to correspondents and to First Bus might have answered several currently unanswerable questions.


Next Radial blog : Saturday 4th August
Posted by fatbusbloke at 02:00