Before visiting Tinsley, readers may be interested in a few examples of South Yorkshire PTE's skill at explaining things.
-o-o-o-o-o-o-

Services 7 and 8 do not run on the main part pf the 22M route. They will be diveretd along a different road (Ferham Road|) nearer the centre of town to replace the 22M; so why not say so?
-o-o-o-o-o-o-

Here is an extract from the Sunday timetable showing no buses to Church Lane. 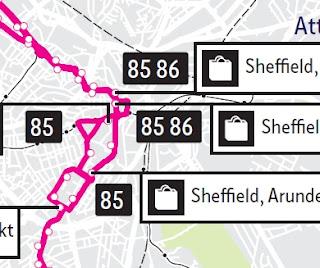 Quietly ignore the arbitrary and incomprehensible application of 85s and 86s but look at the triangle near the left hand 85. The right hand sloping line is Fargate, a pedestrian precinct since 1973.
-o-o-o-o-o-o-
If you are searching for details of the changes due on September 4th, say, as a Sheffield Councillor aiming to allay the fears of your constituents, you might search for the replacement for route 69 which is at the heart of the problem

There is no replacement shown.

If you want to find the new service between Sheffield and Rotherham, you need to seek out the service Between Rotherham and Maltby. 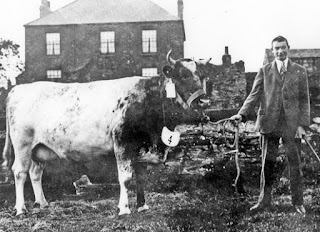 Once a rural community located between Sheffield and Rotherham, complete with its opulent lock keeper's "cottage" ... 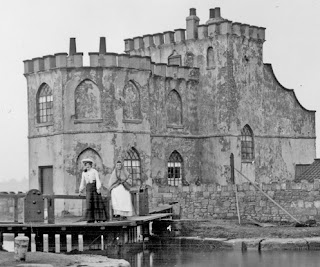 ... Tinsley soon became enveloped in heavy industry. It was served by a through tram service between the two towns until 1948. In that year the old and narrow Tinsley Bridge ... 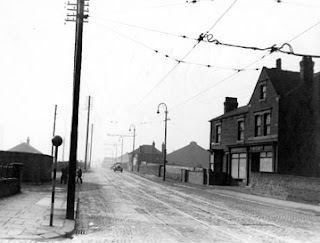 ... was rebuilt. A temporary bus service was operated during the rebuilding. 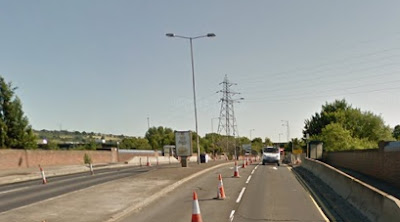 It was then decided to economise and not replace the tram wires; thus Sheffield trams terminated at Weedon Street whilst Rotherham's service had a turning circle at Templeborough. Through passengers were catered for by retaining the temporary number 69 bus ... 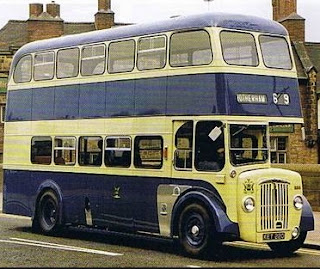 ... although it was a goodly number of years before such luxuries as this beauty (preserved) appeared.

The Tinsley housing was not, as such, penetrated by a bus service. The 69 passed by on the northern edge and an hourly service to Maltby (87) ran via Bawtry Road ... 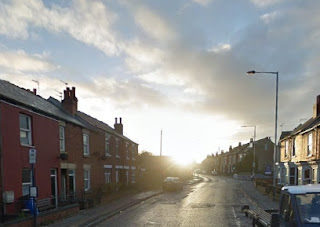 But when, in 1960, Sheffield's trams finally died, the replacement Tinsley bus service (numbered 24) entered the previously unserved roads of the Tinsley housing, terminating at Highgate. An fbb map will explain all. 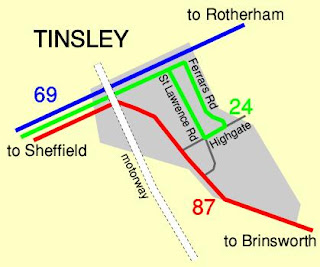 In 1974 the service 24 was, itself extended to Brinsworth Nursery Drive which is almost at Catcliffe. 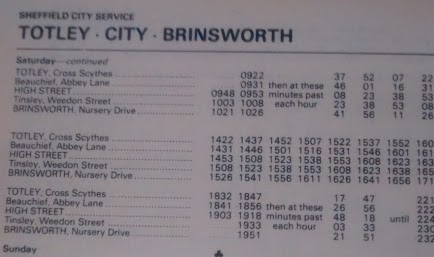 The Rotherham Corporation cast concrete shelter is still there (or maybe it is painted brick; fbb cannot remember)! 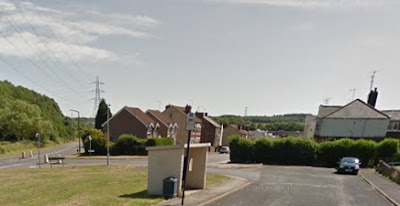 For those uncertain of the geography ... 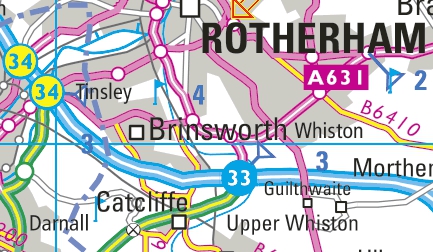 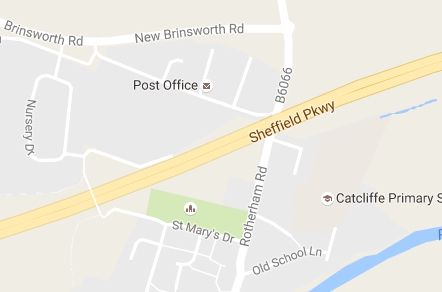 Various re-organisations, changes of route number and rejigging of links occurred over the years but the steady decline of residential property between the city and Tinsley has led to a progressive reduction of bus services.

As of today, here is still an hourly 87 but it now runs to Meadowhall, not Sheffield; also from the mega-mall is an hourly 31 via Canklow to Rotherham and the once frequent 69 offers just a 20 minute frequency via a Tinsley loop.

A variety of vehicles have been used in recent years; from the bottom of the barrel fleet ... 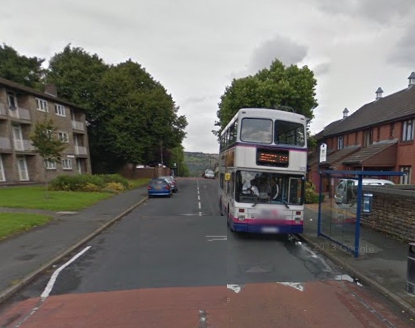 But with the creation of the X1 to replace the 69 and its diversion via Meadowhall instead of the Tinsley loop ...

... poor Tinsley will need some other bus service.

And although those confused Councillors in yesterday's blog don't have all the details yet, the rumours are that Tinsley gets a big chop.

Next Tinsley blog : Thursday 4th August
Posted by fatbusbloke at 02:00