The Trauma of Tinsley Part 2

... from the desperate and largely ineffective attempts to provide a service to St Lawrence Road Tinsley, thwarted by a road plan designed for existing service 69 ... 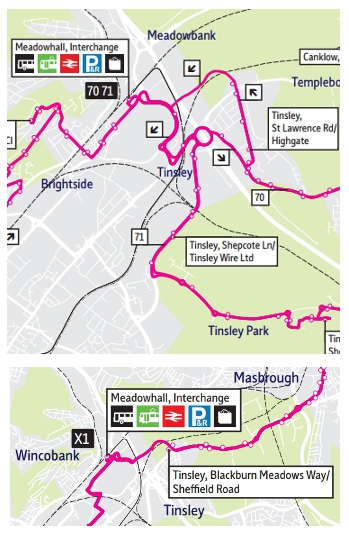 ... which is being withdrawn from 4th September to be replaced by X1, the flagship Bus-(not very)-Rapid-Transport project which takes the service away from Tinsley.

Let's start with the 69's change to the X1. For comparison purposes times are taken mid-Saturday morning.

X78 from Sheffield to Rotherham   35 min

X1 from Sheffield to Rotherham   35 min

X78 from Meadowhall to Rotherham   15 min

X1 from Meadowhall to Rotherham   13 min

X78 from Meadowhall to Sheffield   18 min

X1 from Meadowhall to Sheffield   18 min


So - a huge bonus for the new BRT scheme. As City centre stops in Sheffield are different, fbb has extrapolated times for the nearest point to Castle Square where most buses have a stop. 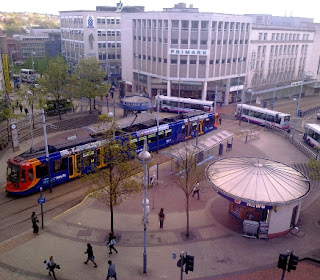 But things are less rosy for poor old Tinsley

The huge increase in running time is because direct via Attercliffe Road to Sheffield service 69 ... 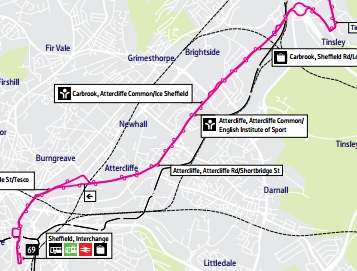 ... is replaced by an enjoyable round-the-houses trip via Wincobank, Grimesthorpe and Burngreave on service 70. 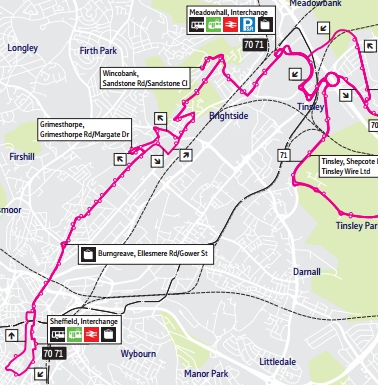 In the other direction the direct 69 ... 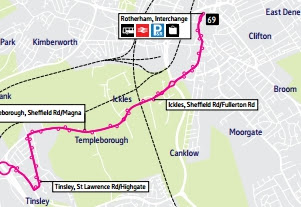 ... is replaced by a grand tour of Brinsworth (nearly to Catcliffe) and Canklow on service 70. 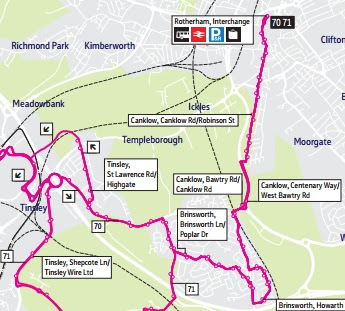 All of this horror is, of course, because the junction of the new road has been designed for motor cars and a bus service that won't use it.

Is there a solution?

There are three that fbb can perceive.

Redesign the junction of the 11 million Blackburn Meadows Way so buses can get to the bottom of St Lawrence Road, seen here as the blockage takes shape. 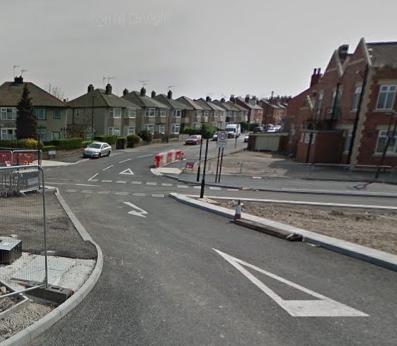 Send the service 70 along the new road, but keep going towards Rotherham. Do a "U" turn at the former tram and bus turning circle at Templeborough and approach St Lawrence Road as if it were a 69. St Lawrence Road is bottom left in this aerial view ... 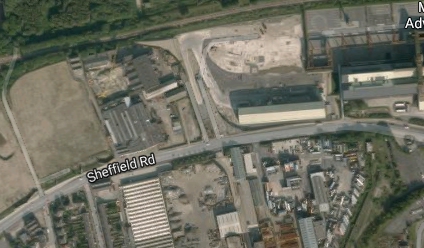 ... the turning circle is centre right. The bus turn-round was all in place, complete with locked toilets as the road works were going on. 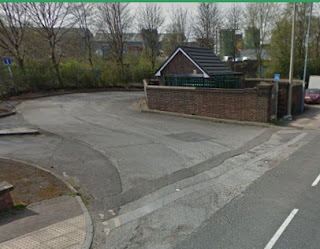 But not so for the bus operators. Keep the service 69 via Tinsley every 20 minutes as X2, run the new X1 every 20 minutes via Meadowhell and Robert, as they say, is your father's brother. Seemples. There will be no change in running times.

Costs nothing and everybody is happy; well everybody who uses buses.

And one other oddity in the B not R T plan. The Sheffield to Rotherham service is, in the grand scheme of things, linked to the Rotherham to Maltby service.

The latter is unchanged apart from having the same route number for both "legs" in Maltby. (click to enlarge the map - Rotherham is the blob at the far left)

Now wasn't the universal cry from bus schedulers that long routes gave too much opportunity for delay and splitting the more lengthy beasties was better for reliability and supervision? So here we join two reasonably long routes together to increase delays and make supervision and control more difficult.

But there is a bonus in fbb's plan 3 above. The current route numbers for Maltby are 1 and 2 ... 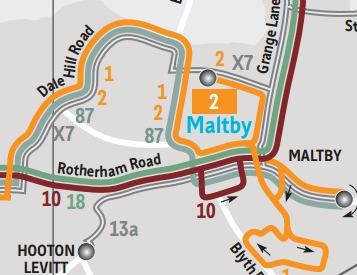 Maybe the consultancy cheque will be in the post? 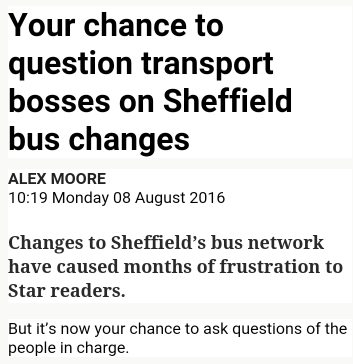 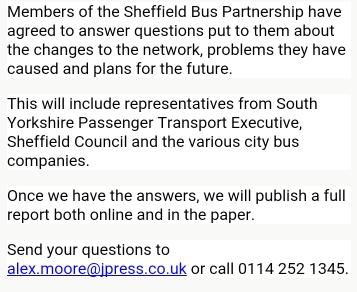 Will the bosses really explain what is scheduled to happen?

Will the "Star" hack understand?

Will anybody in the non-Partnership be producing any maps or timetable leaflets?

Will the public be able to understand them?

Next rail blog - Wednesday 10th August
Posted by fatbusbloke at 02:00