Why is rail travel perceived as so stressful? Is it so stressful? fbb is usually very relaxed when travelling by train but Mrs fbb is less so. Certainly their journey to Scotland last Saturday (20th August) for a short holiday offered a number of likely stress points.


Of course, in the past, this was a difficult task. You would go to the station, peer through a tiny window and ask "the man". Or you could go to Frames "travel agent" in the town centre. 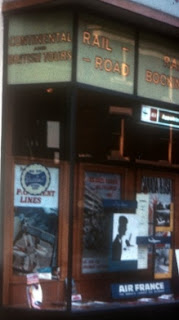 In either case "the man" could quickly tell you the best train, the best route and the best price. The latter was easy as the fares system was sensible and understandable, certainly to "the man" if not to the customer. He would sell you a little cardboard ticket from a huge rack ... 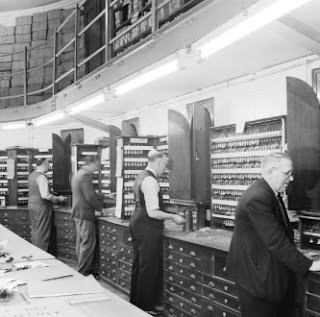 ... at a busy station or a small rack elsewhere. 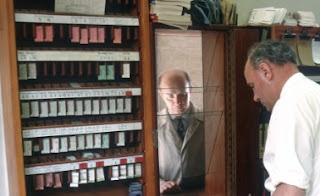 He would do something magical to the piece of cardboard by jabbing it into a solid looking clunker ... 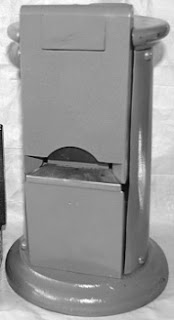 ...which process gave the whole thing an aura of reliability and confidence. It was also near instant! Sometimes "the man" did not have a little pre-printed cardboard ticket and had to write one out using pen and paper (some older readers will remember the technology with an unbelieving smile).

Now, with the benefit of the internet (?), we can look up our journey and buy the ticket from the comfort of our own home.

Here is fbb's journey from Axminster to Largs on the "National Rail" site. {Please note, the search is for next week rather than last Saturday's trip - the results are identical but squashed a bit to fit the blog) 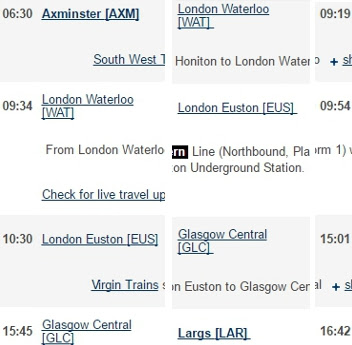 Then you can book a ticket, but not on this site; you have to be transferred to a ticket seller's site.

Here, the stress is enormous. What is the best price? (All prices include the old fogeys' discount - as provided for the ancient fbbs).

And now the nonsense begins. We are attacked by adverts and "expert advice" extolling the virtue of "Advance Fares" offering great value. But here the Advance fare is £40 dearer than the dearer off-peak. But surely, the unwary may think, £105.85 is cheaper than £124.40? 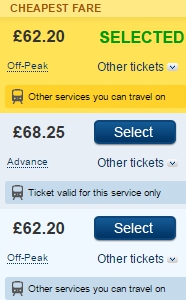 Ah, yes. Once again the cheaper "Advance" fare is dearer than the officially dearer Off Peak.

Time and time again, fbb hears tales of folk who have gleefully bought two advance singles for more than the off-peak return. Ditto for folk who have been lured into a dangerous financial complacency by split ticket sites. Again their string of singles is often more costly than the saver return.

And remember that Advance tickets are restricted to specific trains and if you change your mind you lose the booking and have to pay again.

Having berated the new shiny Stagecoach site for its poor service, fbb did try the same enquiry of his local train company. 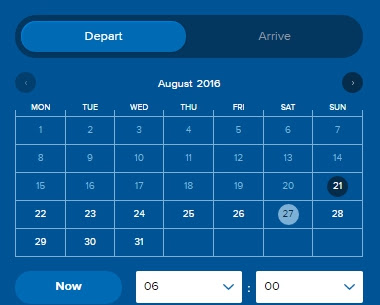 Of course you cannot just ask for a fare, even if you know what trains you will be using and (horror of horrors) you already know what type of fare you want. fbb got this far with impunity, but how do you proceed?

Because the site is now prioritised for phones, tablets and p-pods the information doesn't fit on a laptop screen which, illogically, is too big. Aha! you have to scroll down to find the go button. 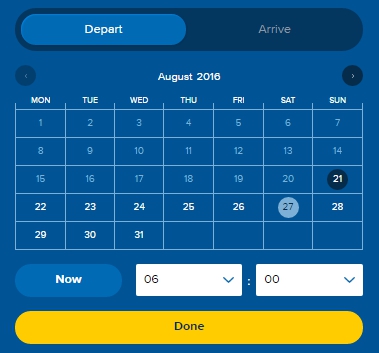 But fbb had typed Axminster incorrectly ...

... his work is occasionally (?) impaired with stubby fingered triping mistooks. And it now got the date and time wrong, deciding to ignore fbb's input. 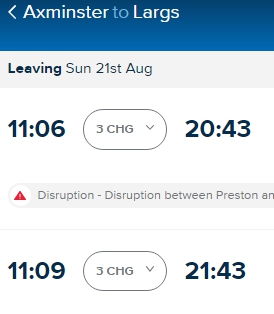 Starting again it went back to the entry screen; then when fbb started entering Axminster, the whole thing hiccupped and we were back with a filled in screen.

But it did give a simple journey answer and a correct one. 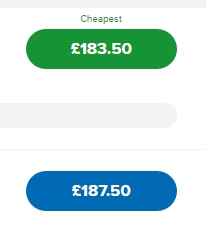 So, at last, armed with a fare and some times, the old man was ready to book his holiday travel.

Better get reservations on the train from Euston to Glasgow; don't want to stand for four and a half hours.

Stress levels are now in the red zone. How do you reserve PART of the journey when the outer legs are on train services which don't offer a reservation facility. SouthWest Trains abolished reservations many moons ago and Scotrail have no need of such luxury on what is a one class suburban bumble train to Largs.

fbb has no idea whether you can do it on-line; and of so how?

But at least he knew what he wanted and what the fare ought to be. So, armed and prepared, off he trotted to Axminster Station. 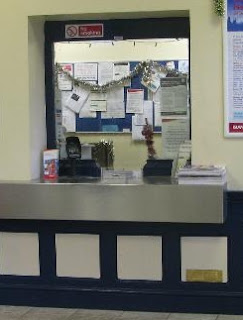 Here there is a "real man" (or woman) for most of the day and, sensibly arriving at xx15 after both hourly trains had departed, fbb was ready for the challenge.


Largs? Here you are, straight through from Exeter to Glasgow.

No thanks. I wouldn't wish 9 hours on a Voyager to my worst enemy. Via London, please.

Have you looked this up before you came? (Spoken ruefully and with a certain aura of suspicion)

Then "the man" began a frenetic tapping and prodding of his computer, much sighing, huffing and re-prodding. 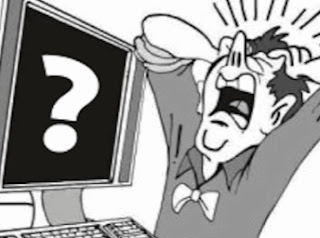 But he did, eventually, find the train and the price as predicted by fbb.

Not many do them these days.

But I think you can reserve seats on the London to Glasgow leg.

If I put this in it'll come back 'not available'.

So you can't reserve?

I'll have to do your tickets first then start again. 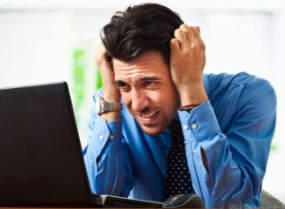 The tickets were duly issued and he started again. More prodding, sighing and entering the ticket number, fbb's surname ("bloke"?), inside leg measurement and colour of the train driver's socks; but, eventually, reservations for the 1030 from Euston and 1040 return from Glasgow a week later were supplied. 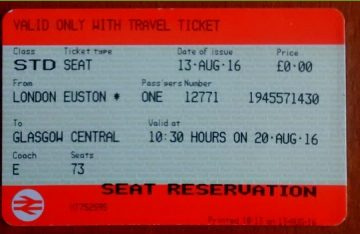 It was clearly a great effort and thanks to "the man" for persevering.

The whole process took 15 minutes!
But it is so much easier now
with the information super highway in full flow.

Because fbb chopped up the journey planner answer and glued it together to make it smaller, you will not have noticed this little juicy gem.


From London Waterloo take the Northern Line (Northbound, Platform 1) which is a direct service to Euston Underground Station.

Next STRESS blog : Tuesday 23rd August
Posted by fatbusbloke at 02:00