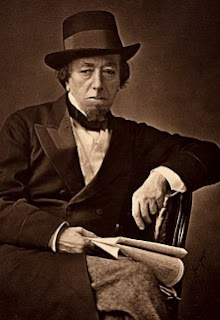 A phrase often attributed to Benjamin Disraeli, although there is no record of his saying or writing it! The phrase was popularised in the USA by Mark Twain, but he implies that he was quoting it.
The skill of the professional statistician is to show figures in order to support the thesis of whoever is doing the writing or speaking about said stats.
So this looks grim - a graph of fuel prices over the last ten years. Oil is ORANGE, gas is BLUE and the electric is GREEN. 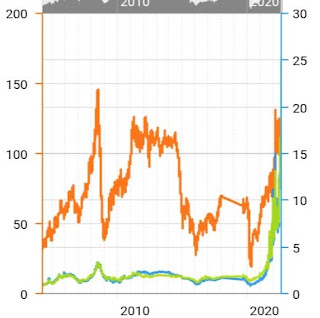 The gas and electricity figures are comparable and are a bit muxed ip on the above graph. But now look at the last six months. 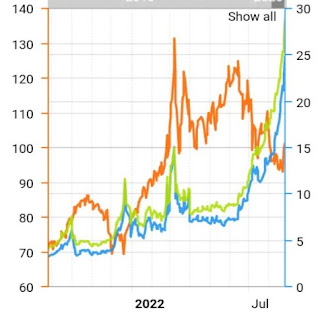 But, hold on a sec; look at the last month. 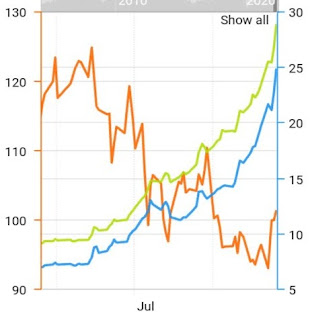 The implication is that we should all rush out and have oil-fired central heating installed tomorrow!
When fbb was studying economics at school, he was taught how easy it was to change people's perceptions of statistics by simply varying the scale of the axes of the graph. If we make the gradations on the Y axis (up/down) smaller, the erratic price look far less scary.

And, anyway, what do those Y axis numbers actually mean. Is oil now as cheap as gas was only a month ago?

So when fbb came across the bar chart below, he was immediately suspicious. 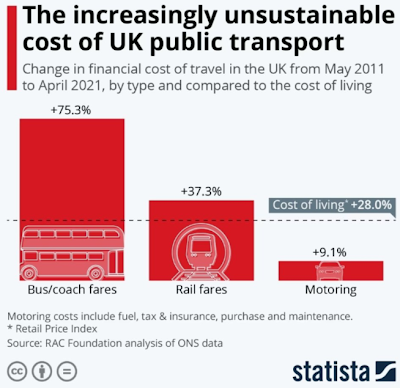 The implication is that, in the last 10 years, bus fares have increased by 75%, rail fares by 37% and motoring costs by a modest 9%. Really?
Leaving aside the fact that the statistician only travelled on Routemaster buses for the survey (!), and the fact that, by any journalistic standards this chart is hopelessly out of date; the cost of living (GREY panel - 28%) has shot up in the last few months and will go much higher.
But which bus fares have gone up by 78%?
Single fares?
Season tickets?
OAF fares (paid by Govt, NOT OAPs)?
Pence per mile travelled?
Similar questions apply to rail travel, where people are travelling with a wide variety of fares for the same journey. And season tickets can be the cheapest rail travel available.
And what is included in "the cost of motoring"???
For the chart to be any use, it needs much more detail and much clearer explanation. All it really shows is that bus fares have increased well above the cost of almost everything else. And we all know that!
But such increases should be unacceptable.
The Psychedelic Brake Van 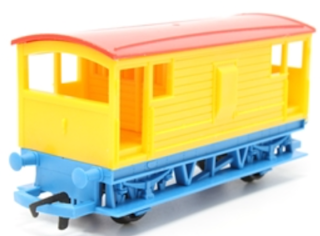 The "normal" model looks (looked - it is an old version) like this:- 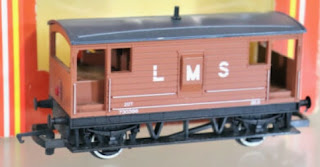 ... sometimes sold as an LMS brake van, sometimes LNER but usually British Railways bauxite or grey.
Hornby have simply taken the three moulded parts (chassis, body and roof) and stamped them out in lurid colours for the "kiddies toy train" market. Such oddities appeared in various manifestations of "Station Master" train sets. 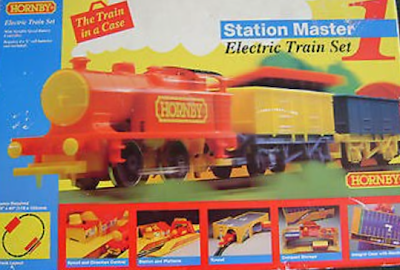 The 2020 re-tooled version of the same wagon is all-round much more neatly moulded with better quality accoutrements, like handrails, buffers and steps. You can see out of the guards ducket and it has neater couplings. The compartment windows are glazed. 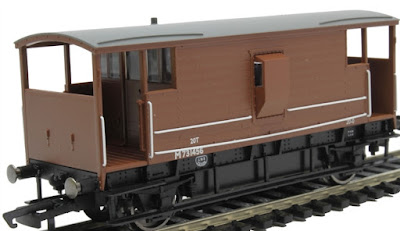 There is also a great lump under the centre of the chassis, which was a hefty block of concrete to aid braking grip on the real thing. It is simply not there in the original version.
There were various wagons to go with the multi-coloured effort! 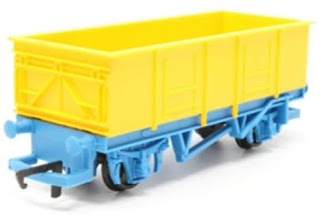 The RMC wagon revelation will appear tomorrow.
Running A Little Late?
Correspondent Keith, he of superb books fame (Western National, Loughborough etc) has kindly sent fbb his collection of his photos of bus depots in Eastbourne. Readers may remember that Southdown had THREE shown in green on the map extract. 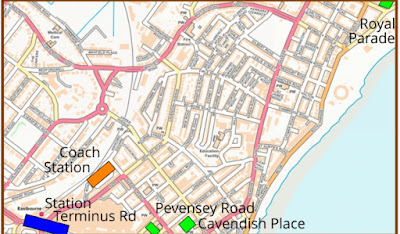 Here, a couple of the Pevensey Road bus station : first with some lovely single decks ... 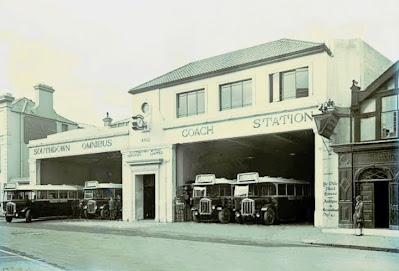 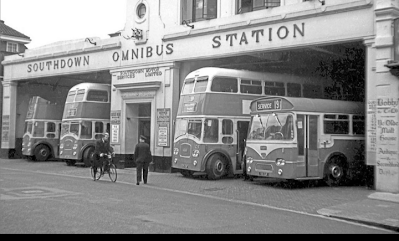 ... renamed simply "Omnibus" station. The coaches, fbb suspects, had gone to Cavendish Place (express services) and Royal Parade (tours and excursions). But, Southdown experts, that is only a guess from a Southdown ignoramus.
So here is Cavendish Place soon after its closure ... 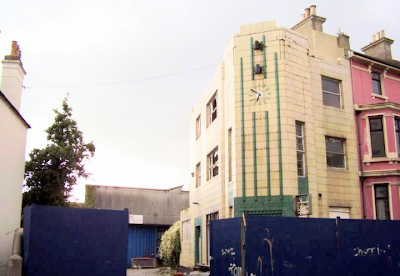 ... and at the start of the appalling vandalism as the Art Deco office block was cruelly demolished. 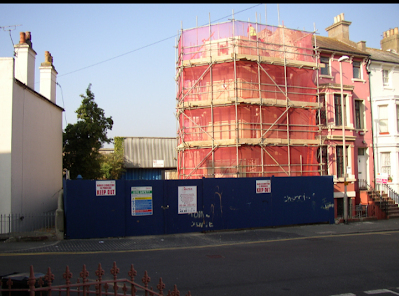 But, best of all, kind Keith sends a couple of pictures of the elusive and rarely photographed  Royal Parade depot. 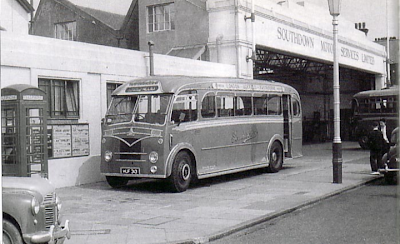 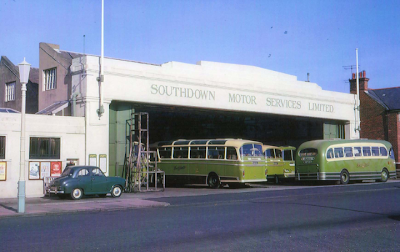 Southdown at its glorious best! Thanks keith!
An Invitation You CAN Refuse!
From Transport for Cornwall.
Travel with us - buy a good-value "Rover" ticket ... 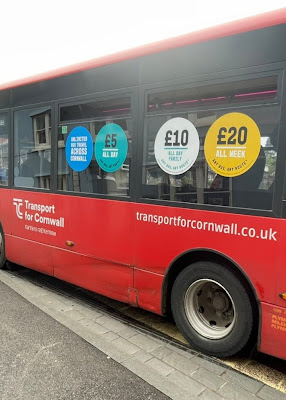 ... and ride round some of our most gorgeous countryside ... 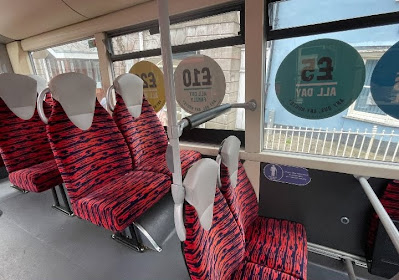 ... without seeing much because you are advertising your Rover Tickets.
GHASTLY!
APPALLING!
HCT - No Change - Really?
Take a look at the HCT web site. 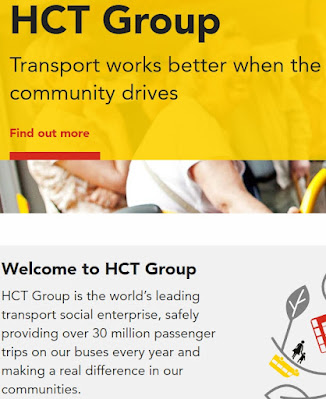 There is absolutely no mention of recent changes - or of the proposed "sale" of its London operations to Stagecoach.
As far as the web site is concerned everything is just as it was a month ago, hunky and dory. It is all very positive and up-beat about the company's success in operating buses for the benefit of "the community". Its corporate information is unchanged. 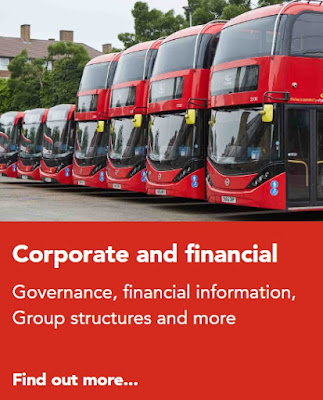 The companies that have been closed down are still being offered as active and useful operations.
Our services
Red bus services
HCT Group Operations – a part of the HCT Group - delivers 17 London red bus routes on behalf of Transport for London from our Ash Grove and Walthamstow Avenue depots.
Mainstream bus services
We provide bus services in West and South Yorkshire and Bristol – including the m1 Metrobus service. In Jersey and Guernsey, we operate the entire bus network.
The moral of the take is that
IT'S ALL ON-LINE
but totally wrong! 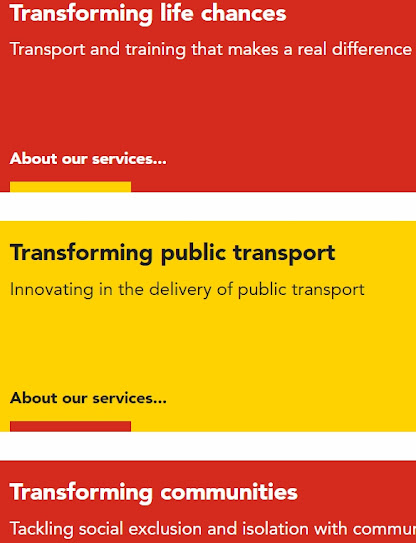 Hmmm?
Another (Small) Collapse ...
... but distressing, none the less for all involved. 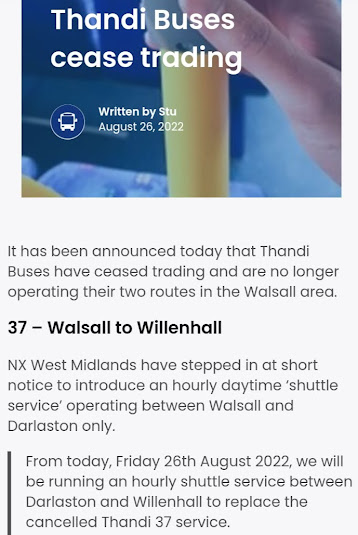 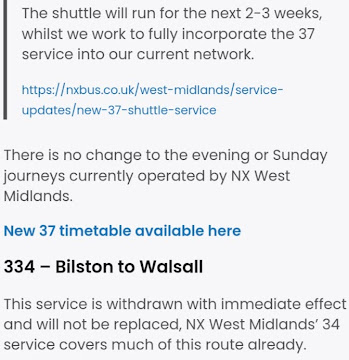 Next Variety blog : Sunday 28th August
Posted by fatbusbloke at 02:00