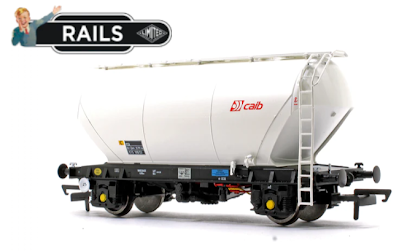 Reviews of modern model railway vehicles often refer to the quality (or otherwise) of the Tampo printing. Some reviewers erroneously call it "Tempo" printing. 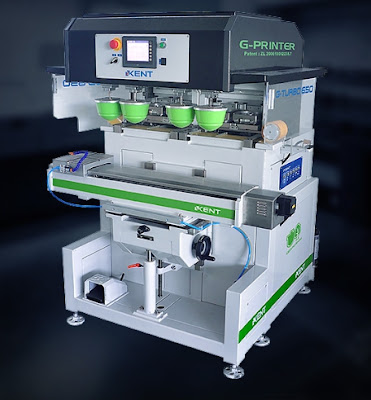 The green bits are the pads and there are four of them. That means the machine can print in full colour using the four standard tints, Yellow, Magenta, Cyan and Black. Like the "offset" sheet printing principle, the pads pick up the inked design from an engraved plate and splodge the design onto whatever is being decorated; with a logo, a picture or the design on an OO tank wagon.
The clever bit is that the pads are a bit squidgy, so the design can print on uneven surfaces. Here is one doing it.Designing the plates is the clever bit (adjusting the image so it produces the right shape on the irregular surface!), plus adjusting the height that the pad descends to, so as to match the thickness of the "target" part.
Modern "Tampo" machines can be designed to be exceedingly accurate offering minute detail on the finished product
In essence, that is how the superb quality of lettering finds its way on to a modern model.
Dashed clever these chinese.
fbb's latest wagon is all-over white; but the tank body does have some small snippets of detailed artwork. 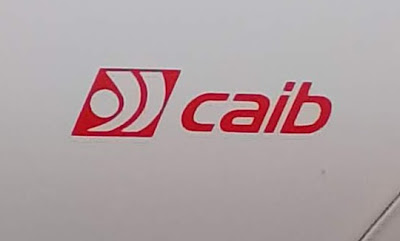 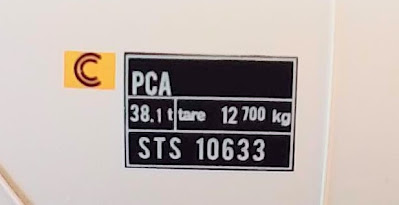 And the chassis, as well as all those coloured pipes and valves, has lots of minuscule, but readable "Tampo" printing ... 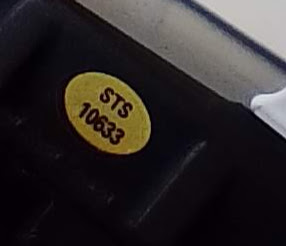 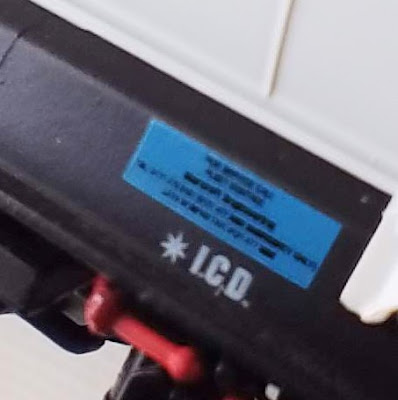 ... and this panel of instructions was beyond even the Tampo technology! 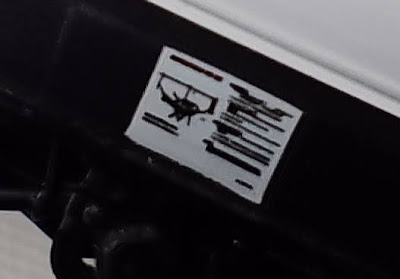 Even the little arrows on the brake wheel are clear to see (with the help of the camera!) 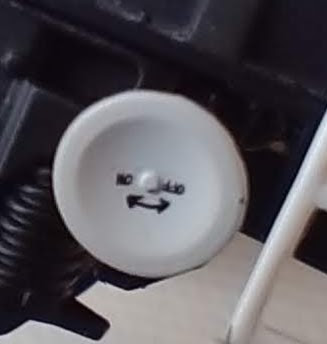 The general level of detail is exquisite, as here on the ladders. 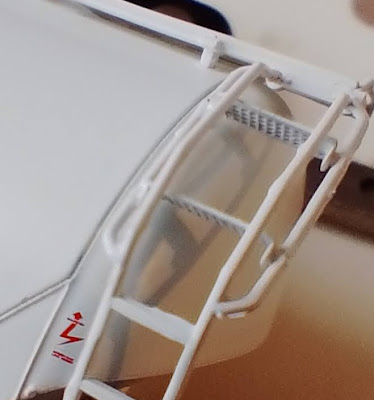 Note the extra handrails, the change from rungs to proper steps at the top and the electric overhead warning zot. The axle box detail is fascinating as well. 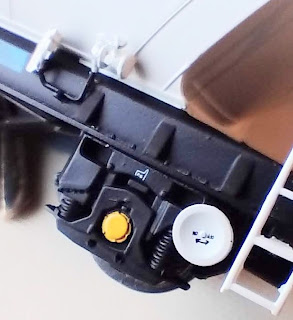 In the box, as well as a brief history of the real wagon, you get an "exploded diagram" of all the parts. 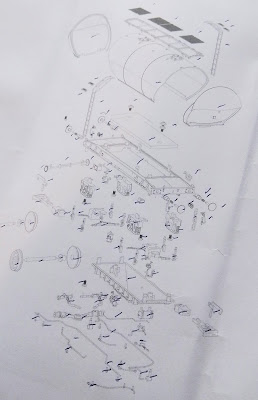 Some of the extra "ticks" on the sheet are where fbb attempted to make an accurate count of all the parts that have been assembled into this wagon.
He kept losing count but the total is OVER 100!
It makes the high price seem cheap! Cunningly, Accurascale (retailer of the wagon, made in China) only sell these beauties in packs of three ... 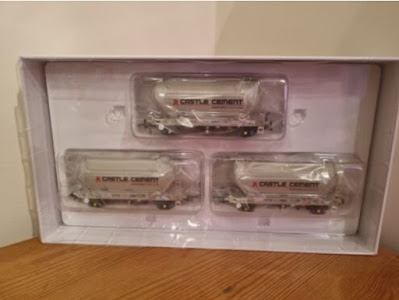 ... at about £77 per pack. Frankly, fbb would have preferred a cement tanker with a bolder company name on the side, but would have no use for the two unwanted models in the set of three. So his singleton was a slightly more expensive "limited edition" for Rails of Sheffield. 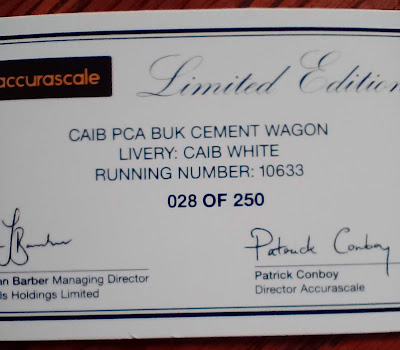 Things have certainly moved on a bit since fbb's early modelling days! 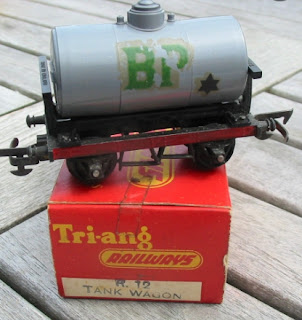 NBC At 50 -  Nostalgia Blues?
We tend to think that the National Bus company specified that the vehicles should either be in Leaf Green or Poppy Red. But in the very early days, blue was an option.
fbb was familiar with Midland General ... 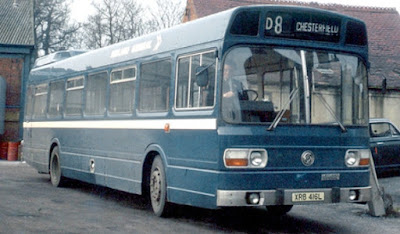 ... using a shade similar to their pre-National Bus Company blue. But this was NOT the "official" NBC blue. Or was it?
fbb had forgotten about Jones of Aberbeeg, 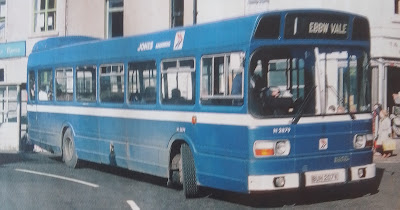 The current issue of Buses Magazine includes the above picture with the caption suggestion that Jones was the only company to use the official National Bus blue. In the above snap it looks very much like Jones' original livery blue ... 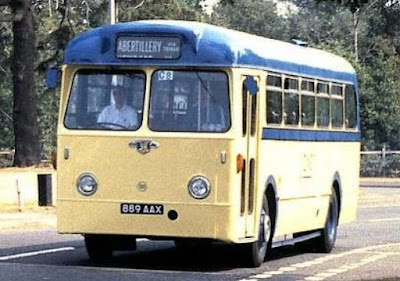 ... but on other pictures it looks darker like Midland General. 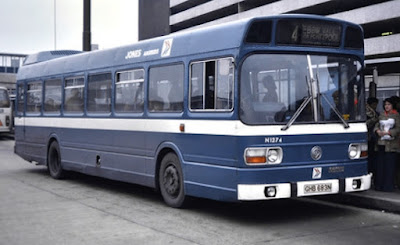 Colours are always subjective and blue was a more difficult shade to capture in colour.
fbb's model (1:76 scale) is the darkest of them all and, surely, too dark? 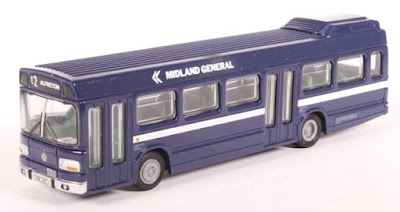 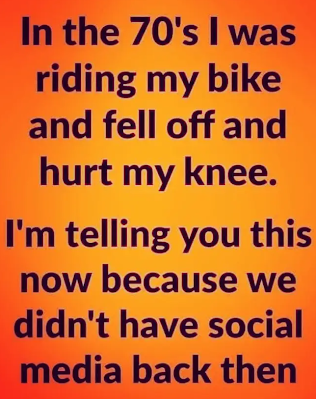 How did we ever manage before technology ruled our lives?
Java High Speed - A P.S.
A look at First Class luxury. Wide gangways, lots of leg room and wide seats. Wow! 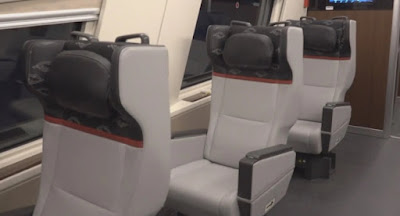 But, for some, NO WINDOW! Aaaaargh!
It is just the same on a refurbished Avanti (First Rail) Pendolino. 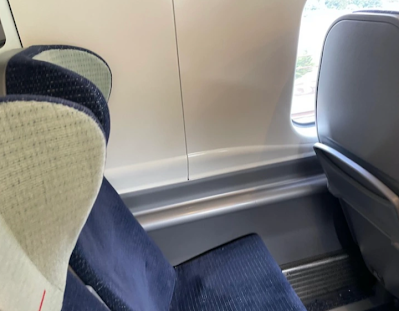 It is hard to believe the company's contention that some passengers actually prefer to gaze out onto a chunk of buff-coloured plastic!
The Passing Of Powell's
Well, at least they tried! This was their branding for route 6.

Pink buses and bright branding - they certainly did try. Now Stagecoach have taken over "the six" after Powell's demise, will we expect such enthusiastic marketing? Too early to say, but fbb thinks not. 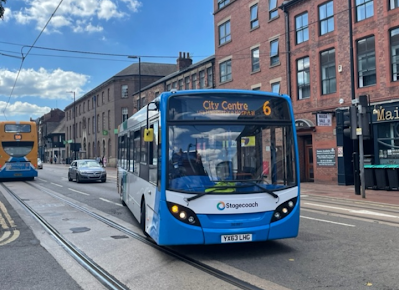 Stagecoach have abandoned branding nationally and locally in favour of boring!
Recently, on the ex Powell's 61 and 62 circulars from Hillsborough "interchange" (don't laugh), you had a choice of old ... 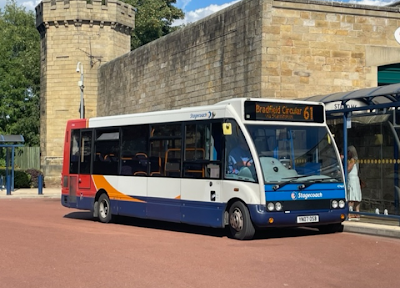 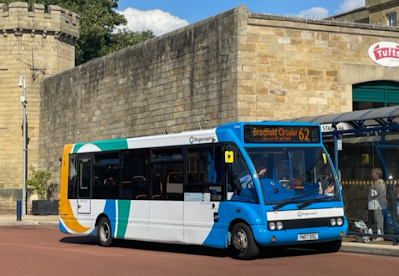 Pictures from correspondent Roy - many thanks. Powell's livery was, at they say, different.
Sadly, basic white always looks unfinished. 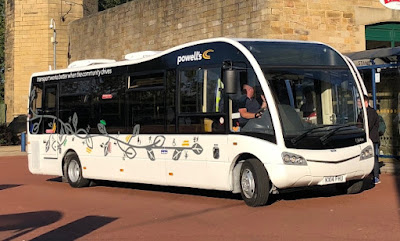 Which brings us neatly back to National Express of 50 years ago!

It always looked as if it were in undercoat and awaiting something brighter! 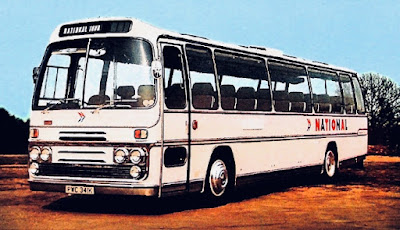 P.S. A Picture of the Peterville Pug
Yesterday fbb reminded his loyal readers that he possessed a Dapol Pug as a static model, usually displayed on the platform of Peterville station. 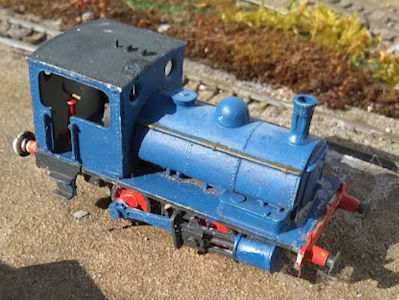 A nice simple model, a bit crude perhaps, but in the quarry's blue livery it makes a useful "exhibit" for the OO scale visitors!
Maybe, one day, fbb will buy the Hornby working model.
Tomorrow, we go to Newbiggin on Lune
Next Rural Minimalism blog : Tuesday 16th August
Posted by fatbusbloke at 02:00