A Valid Point - Or Not? It's Complicated! 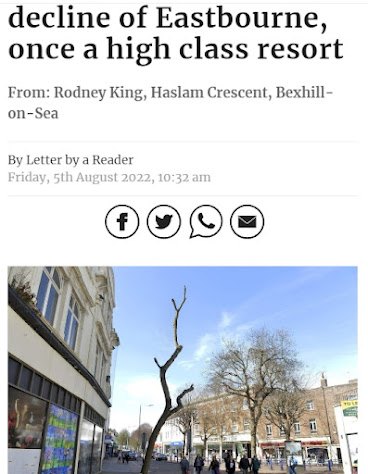 Rodney, a resident of Bexhill-on-Sea wrote to the local Eastbourne paper expressing his disappointment at the on-going decline of the resort. One of his complaints concerned the increasing inconvenience of the town's public transport, a view which caused No 3 son (a former resident of Eastbourne) to forward the virtual cutting to his devoted papa.
But it does get complicated! So this blog sets the complicated scene even before we look at Rodney's letter.
In simple terms the town was served by its Corporation buses ... 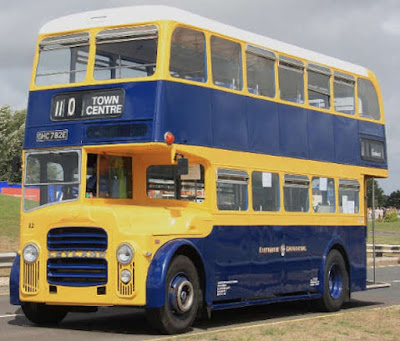 ... tastefully adorned in a rich and distinguished blue, a bright summery primrose yellow and a white roof.
Buses running out into the country were in the hands of Southdown, always beautifully turned out in the much admired bright and cheerful green and cream. 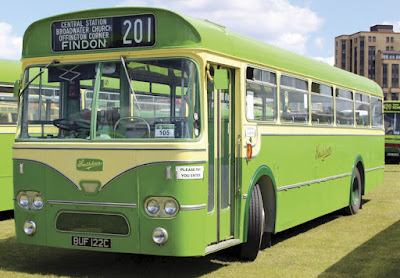 The boring National Bus Company leaf green and a small bit of white was definitely NOT admired! 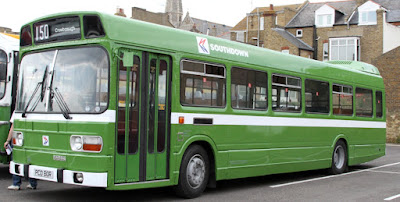 Under privatisation, Stagecoach bought Southdown and then began competing with Eastbourne Buses. In 2008, after various competitive onslaughts by Stagecoach and Cavendish, the Council succumbed and meekly sold out at a relatively bargain price.
Cavendish Buses used a vresion of Southdown livery ... 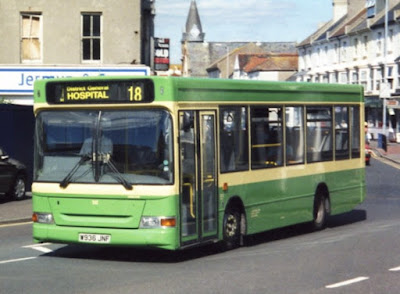 ... and the company was eventually bought by Stagecoach.
The Corporation originally had its depot ... 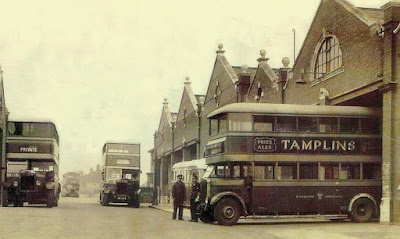 ... in Churchdale Road, on a large council estate, a good source of staff! 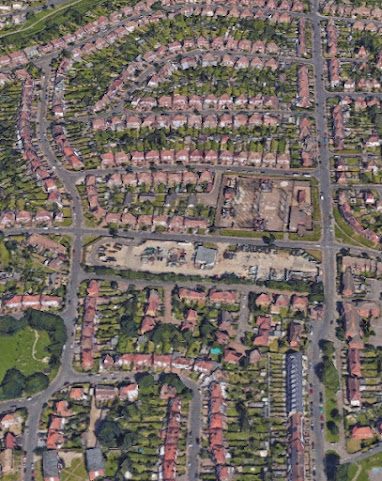 The operation then moved out to a purpose built site in Birch Road on an industrial estate on the eastern edge of the town (now occupied by Stagecoach). 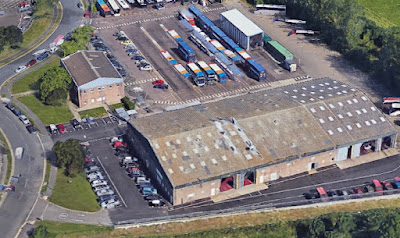 The Corporation never had a bus station but its operations were centred on the railway station, seen then ... 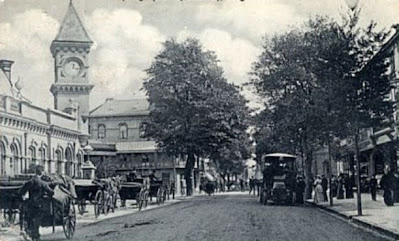 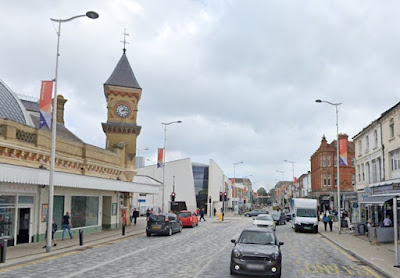 ... where, in the past, the station canopy became a long bus shelter! 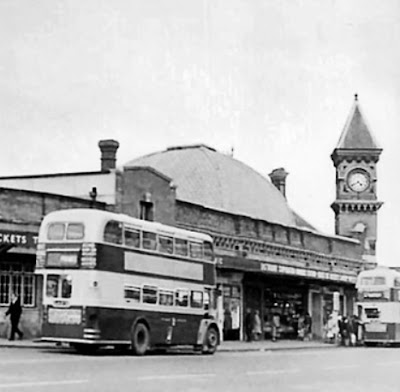 There were large destination details on the edge of the canopy at one time. 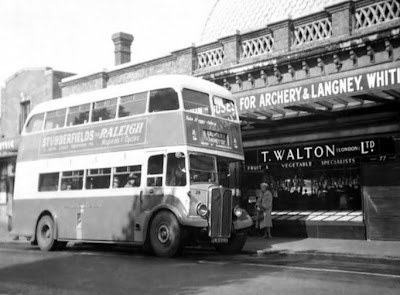 Stops continued along a fair length of Terminus Road beyond ... 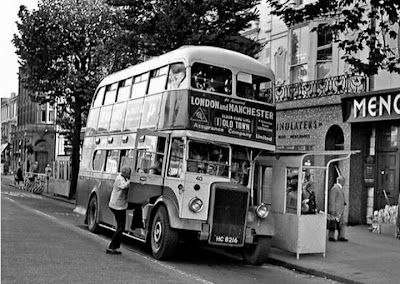 ... and there they remained well into the Stagecoach era. 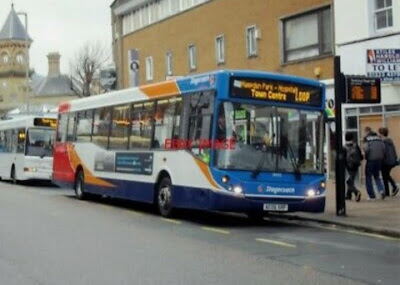 Round the corner from the station entrance was a Coach Station, often labelled as Ashford Road (A259) but actually in Junction Road. 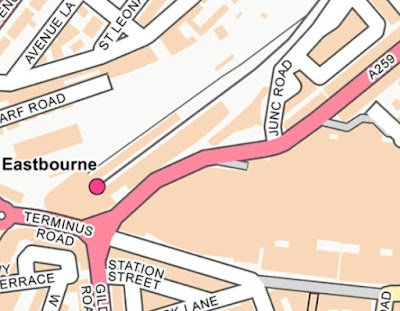 There is/was a footpath through from Ashford Road (known for its world famous wheelie bin exhibition!). 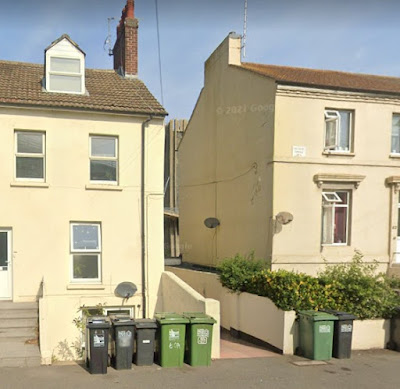 There are few photos of the Coach Station, one being of a line of newly delivered Corporation buses photographed for a press release in a relatively coach-free day long ago. 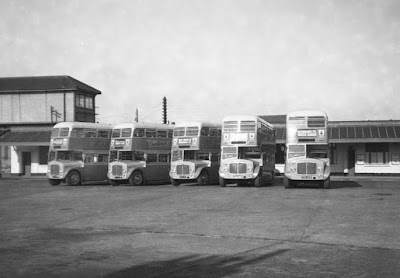 At first, fbb had great difficulty in identifying the location, but the signal box on the railway viaduct provided a clue. Now the site is a multi story car park that has seen better days and may well be closed. 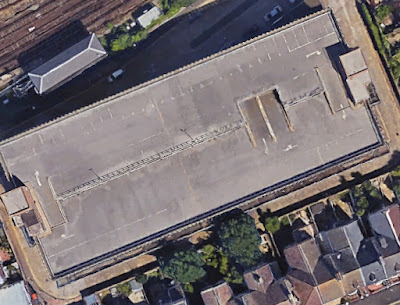 The signal box is upper left in this Google Earth view.
So, where is the coach station now?  There is a sign directing passengers along Ashford Road to the equivalent facility ... 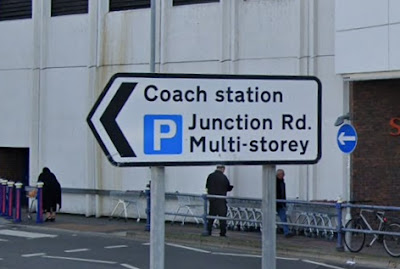 ... but all fbb can find is two bits of concrete road, and nowt else, adjacent to the aforementioned car park. 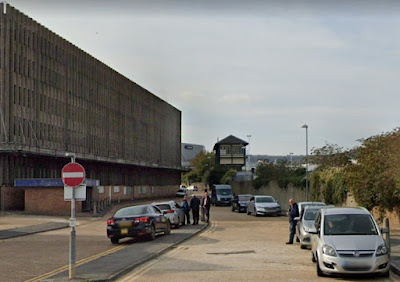 When the Streetview noddy car nodded past, there were taxis awaiting. Perhaps coaches full of excited summer visitors were about to arrive to admire the welcoming ambiance of the town's luxury Coach Station?
Welcome to Eastbourne! Maybe Rodney is right!
If you don't believe fbb that it was once a proper coach station, look at this old picture of the signal box from the platform end. 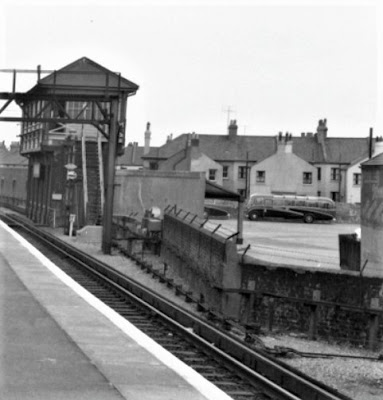 And there is a coach in the coach station - probably late 50s - and no multi-storey car park. The "shed" seemingly abutting the signal box would be the coach station's basic but more welcoming facilities.
PERSONAL NOTE
As you will know, fbb has more than the average number of working eyes**. The working right eye, however, has never contributed much to his visual acuity since a partially successful "squint" operation when aged 6.
Over the years his opticians have been fairly sure that your noble blogger has never had true binocular vision. But the human brain has an astounding ability to "fill in the gaps".
A recent ophthalmic diagnosis has revealed yet another delight of the elderly - viz cataracts, notably in the stronger left eye. 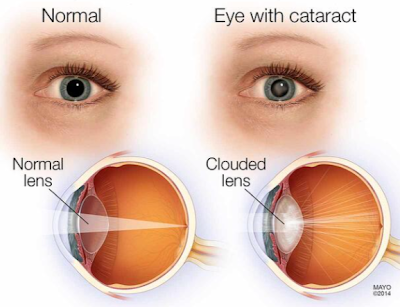 So far, the effect is to make some aspects of reading a little more challenging. Books are fine, but computer screens are beset with an irritating and irregular slight wave in the text - manageable but a bit tiring at times.
The upshot of all this is that sometime in the next few/many months/years blogging may become a tad tricky in the short term. The longer term prognosis, after the eyeball drilling, is fine.
Please excuse any limitations in quality and quantity as things progress.
In case you wondered ...
** Whilst most people have two working eyes, some have only one, some have none. Very few, if any, have more than two. Therefore two is mathematically a "higher than average number" (for humans!).
Snippet 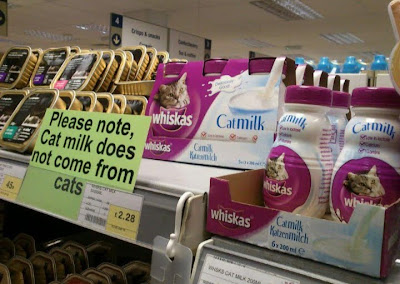 Next Eastbourne blog : Thursday 11th August
Posted by fatbusbloke at 02:00