CLOSURE OF YELLOW BUSES FROM THIS EVENING 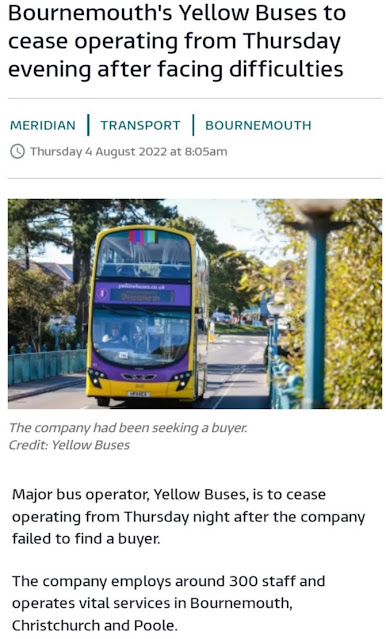 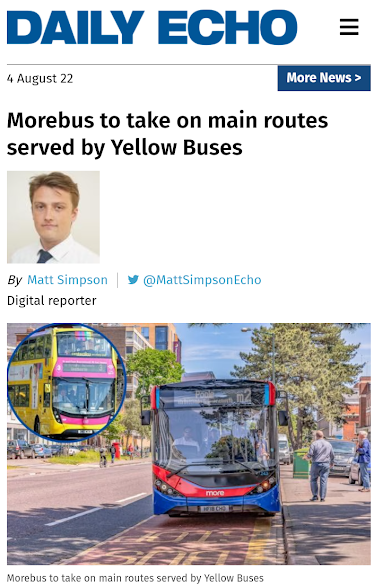 More tomorrow! - and back to the planned blog. 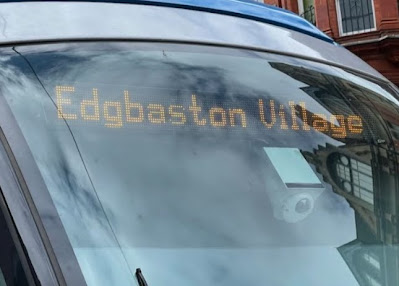 It was a picture on a recent post from Roger French that intrigued your blogging septuagenarian. fbb is not an expert in the demographic of Birmingham, but he has passed through Edgbaston on several occasions.
There you will find Birmingham University (whereat the fbb's enjoyed a chum's wedding reception) ... 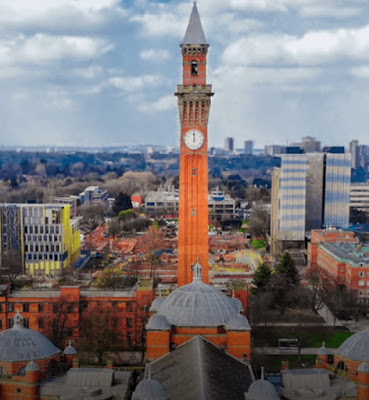 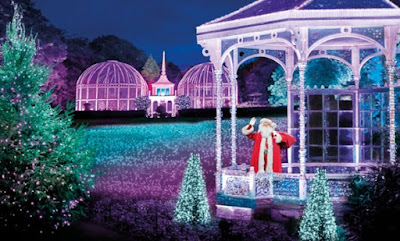 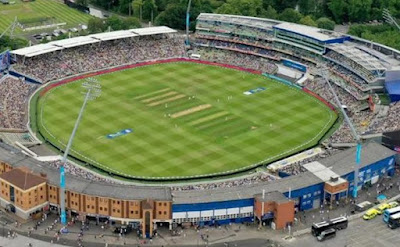 Yonks and a half ago, when fbb's sister and bro-in-law lived at Quinton, fbb travelled to their pad along the Harborne Road and Ridgeacre Road via Birmingham Corporation route 10 and Edgbaston ... 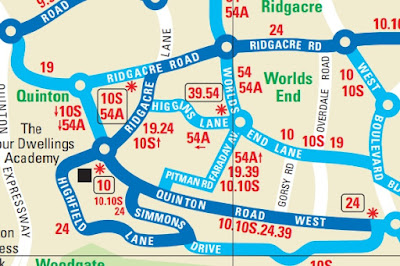 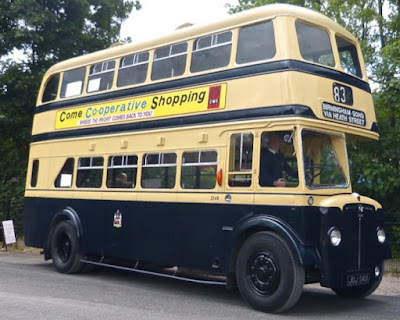 The old man cannot remember anything that looked like a village! Edgbaston was full of very posh looking houses, obviously owned by the Birmingham glitterati of days past. 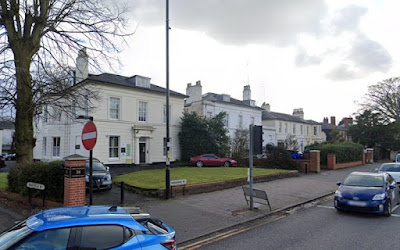 Edgbaston as an area is huge, so maybe there was as village somewhere. Ages back, of course, you could observe cows peacefully grazing in the verdant fields ... 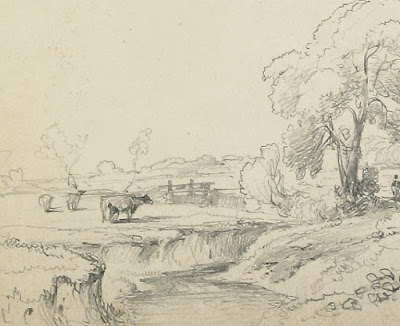 ... but this was long before Brum became the manufacturing capital of the Empire, a role that has long gone!
The sainted Wikipedia helps.
Edgbaston is a affluent suburban area of central Birmingham, historically in Warwickshire, and curved around the southwest of the city centre. 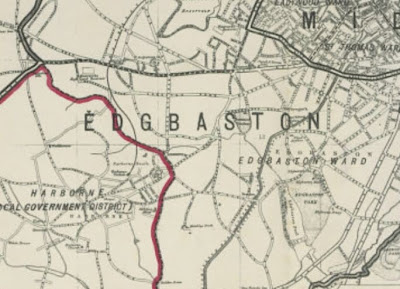 In the 19th century, the area was under the control of the Gough-Calthorpe family and the Gillott family who refused to allow factories or warehouses to be built in Edgbaston, thus making it attractive for the wealthier residents of the city. It then came to be known as "where the trees begin".
The majority of Edgbaston that falls under the B15 postcode finds itself being part of the Calthorpe Estate. The estate is an active conservation area, and it is here that the areas most prized properties are situated. The exclusivity of Edgbaston is down to its array of multi-million listed Georgian and Victorian villas, making it one of the most expensive postcodes outside of London.
It is not ALL wealthy perfection, however! 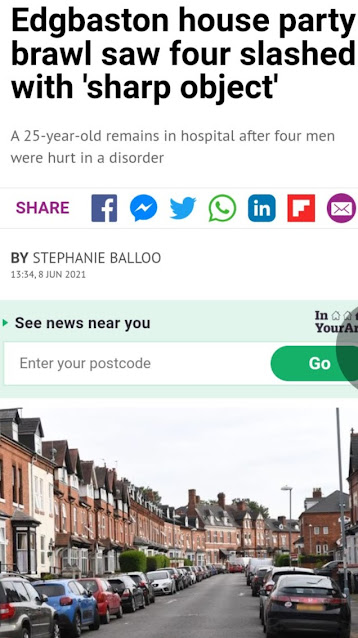 But, to find this mysterious village, we had better start at Five Ways.
Back in 1952, Five Ways was a busy but manageable road junction complete with clock! 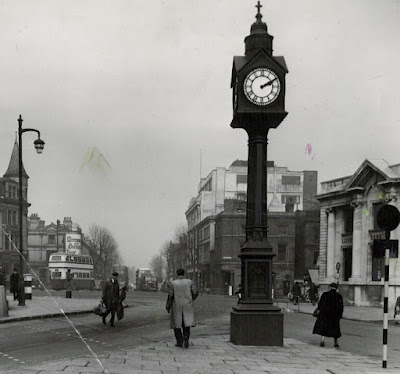 The clock still stands very roughly where is always stood, but ... 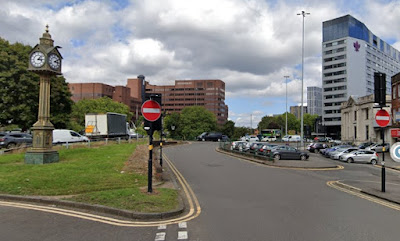 ... everything else has changed. 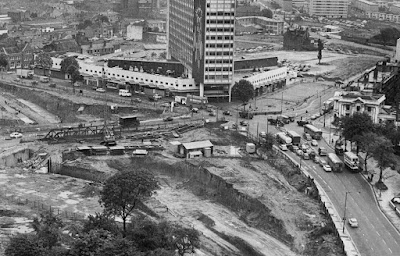 The clock is in the trees (centre right) with the portico-ed building (Lloyds Bank) being the clue. 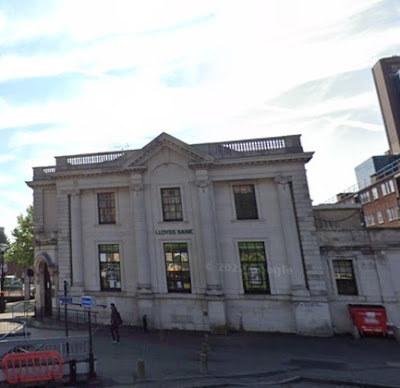 There are six roads at Five Ways, perhaps not a sad reflection on Brummies' ability to count above three; but more a recognition that you could go five different ways as you left the city by way of Broad Street. 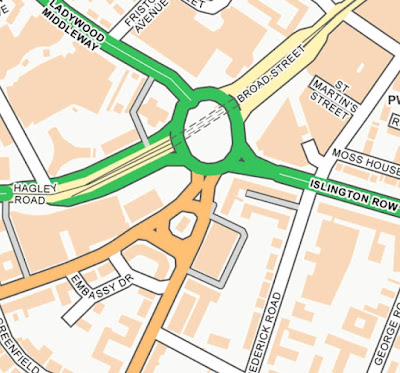 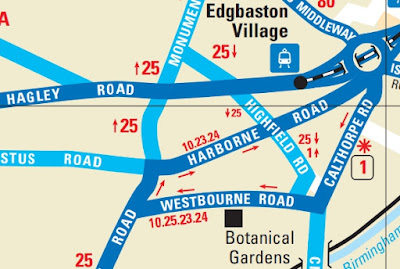 ... together with the tram terminus at Edgbaston VILLAGE!
Here is the tram stop under construction ... 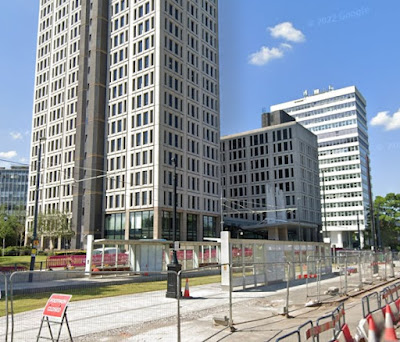 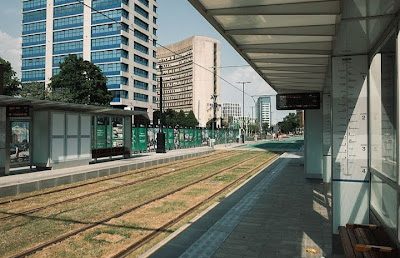 Still no village!
And, if you were wondering about Five Ways railway station ... 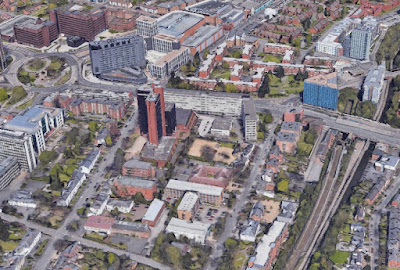 ... it lies a short walk along the ring road (east) from the huge Five Ways junction. So you could catch a train to the Village as well as a tram!
Meanwhile, we invite our readers to take a ride on the tram on its recent extension from The Library to its new western terminus.
Look out for the village!
Business News 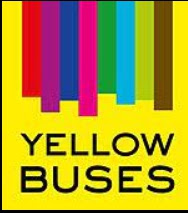 Yellow Buses are showing the signs of the work of the Receivers. Firstly, sales of tickets for anything other than a day have been suspended. 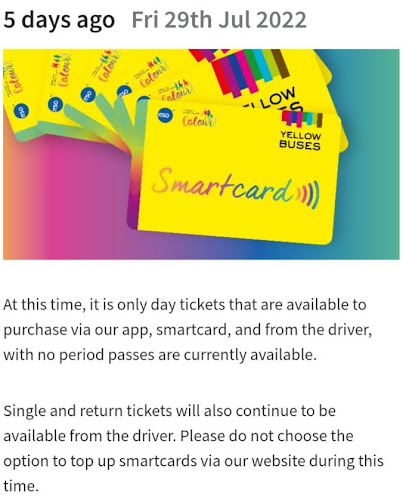 Additionally, from yesterday, a service reduction. 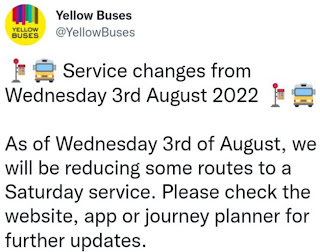 These are the sort of things that you would expect to try to stabilise the business and to reduce the risks if a total collapse were to happen. 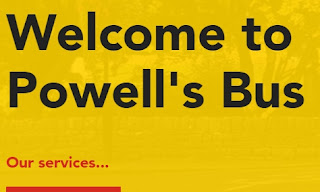 Powells, part of the HCT group based near Rotherham, is effectively closing. Here is the announcement. 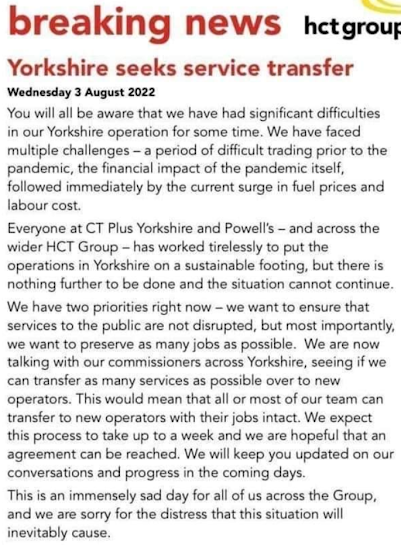 The company is mainly involved in tendered work. 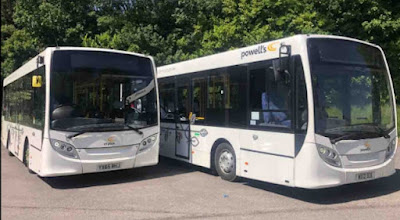 Two Stagecoach brands are being transferred to Scottish Citylink. This was originally planned as part of the failed deal with National Express. 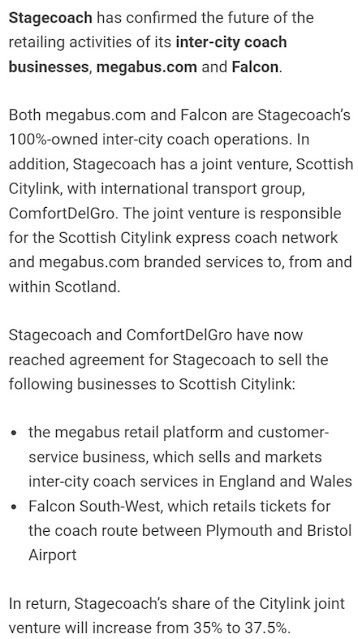 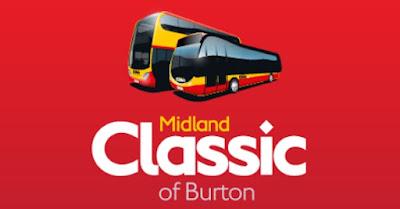 The Burton-on-Trent company has announced its sale to Rotala. 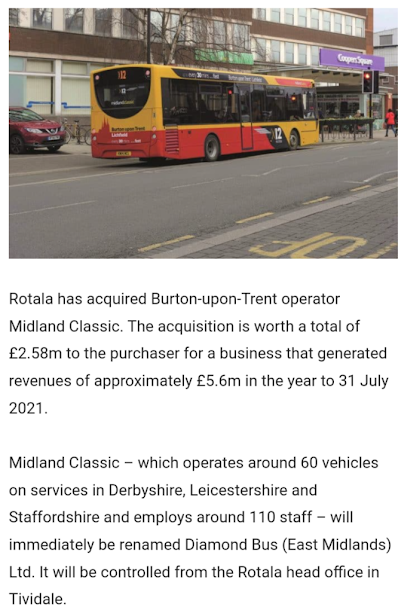 All these items are symptomatic of the growing instability in the bus industry and not necessarily good news for passengers.
Next Village tram blog : Friday 5th August
Posted by fatbusbloke at 02:00