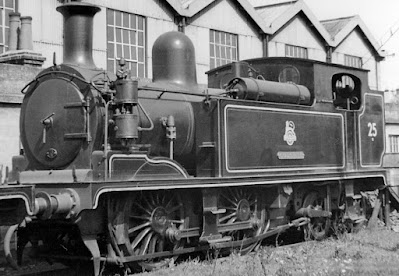 Naturally for fbb, O2 stands for the tank locos that trundled around the Isle of Wight in the days of your blogger's youth.
But today's 02 is different.
Over the years there have been many strange locos designed for use in areas with sharpe curves or restricted clearance. 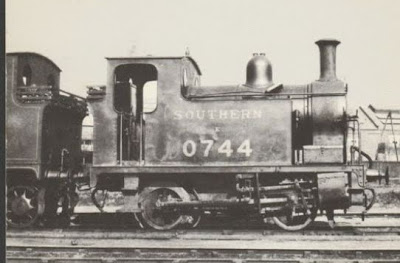 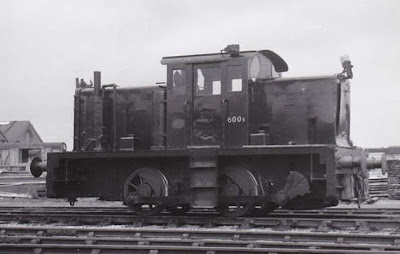 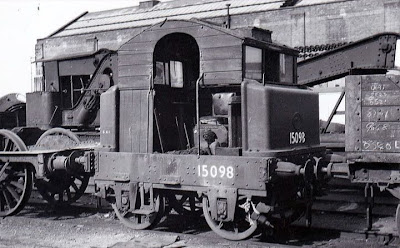 ... 15098 was at Stratford (London). But for most enthusiasts, the archetypical small engine was the LMS Pug. 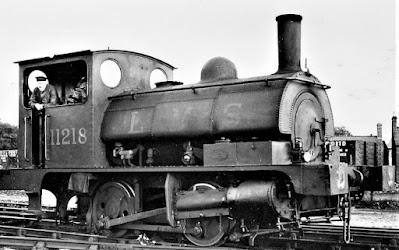 Still available as an unmotorised kit from Airfix/Kitmaster/Dapol or as a working model from Hornby (second hand only, no longer in production) the ubiquitous Pug was the loco of choice for sharp corners in the real world and is ideal on small layouts for modellers. fbb has a static model at Peterville Quarry.
The small loco "modernisation" replacement was what became known as a class 02 diesel, also with a weeny wheelbase. They were used in dock areas ... 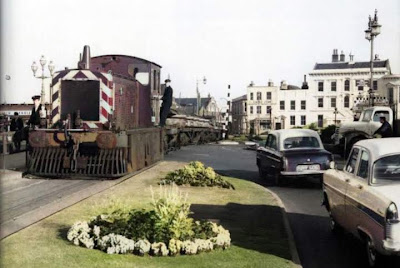 ... and industrial sites where space was at a premium. 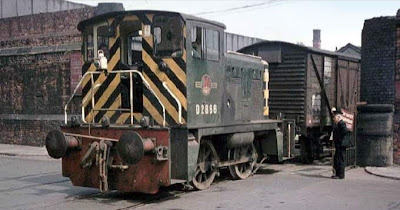 Sweet!
The British Rail Class 02 are a class of twenty 0-4-0 diesel-hydraulic shunting locomotives built by the Yorkshire Engine Company in 1960 for service in areas of restricted loading gauge and curvature such as docks.[They had the door to the cab at the rear, with a railed veranda behind the cab; this feature was very unusual on British Rail locomotives although was used on many Yorkshire Engine Co. designs and is quite normal in North American practice.
There are several preserved.
D2853 Peter by Barrow Hill Engine Shed
D2854 by Heritage Shunters Trust
D2858 at Midland Railway – Butterley
D2860 at National Railway Museum, York
D2866 by Heritage Shunters Trust
D2867 Diane at Battlefield Line Railway
D2868 Sam by Barrow Hill Engine Shed 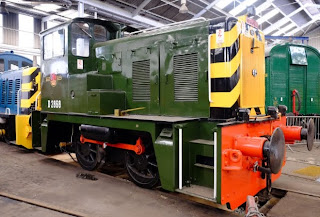 fbb reckons it wouldn't look like the above "posh preserved patina" for long in real shunting use!
But Heljan (Danish manufacturer) have announced their list of OO gauge 02s ... 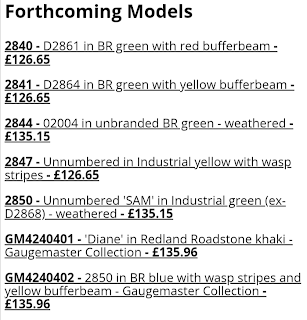 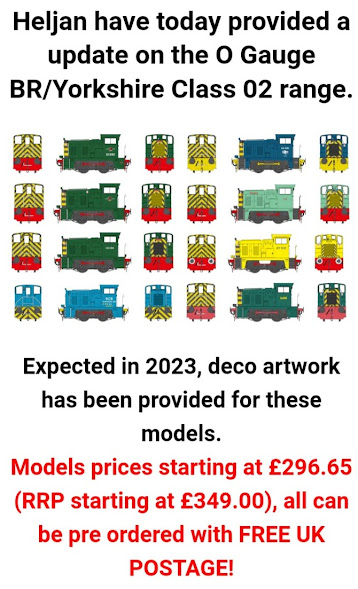 Bearing in mind that, as no model railway item is "cheap" any more, this diminutive diesel of either gauge would be a good loco for a micro layout running along an extended mantlepiece. But you would have to find somewhere else to store your mantles!

Not "East of Java" But Java!

Java is one of the Greater Sunda Islands in Indonesia. It is bordered by the Indian Ocean to the south and the Java Sea to the north. With a population of 148.76 million people, Java is the world's most populous island, constituting approximately 55% of the Indonesian population.
So it needs good public transport! (in case you struggle geographically, Australia is south and Malaysia north west - ish.)
The first stage of Java's high speed line will open soon. It runs from Jakarta (the Island's capital) to ...

... Bandung. But the plan is to extend along most of the north coast of the Island, eventually terminating at Surabaya.

The first of the new trains has been "unveiled" (big veil, one would think!). 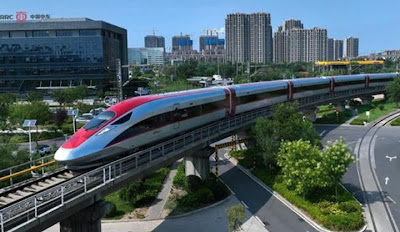 Indonesia's first high-speed rail project is expected to connect the country's largest cities of Jakarta and Bandung, the capital of West Java, covering a distance approaching 142.3 kilometres.
Plans and studies have been in the works for high-speed rail in Indonesia for many years. It was seriously contemplated in 2008, with plans firm in 2015. The new plan to start Jakarta-Bandung construction was announced by the Indonesian government in July 2015, after the President of China and world leaders visited during the Bandung Conference.
The cost for the line is expected to be $8 billion US Dollars.
The EMU KCIC400AF trainset and the KCIC400AF CIT 22 01 Inspection trainset  will be tested in November 2022 during the G20 Indonesia event.
The Jakarta-Bandung high-speed rail line is planned to start operating in June 2023.
A bit too far for fbb to plan a trip!
Timmy's Twittered Take : Hello Sunshine 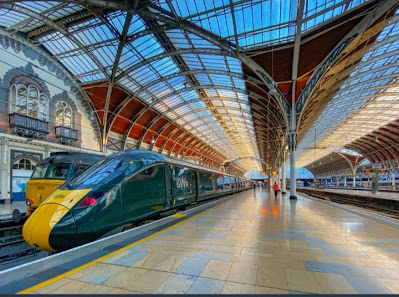 Bounteous Beauty At Beverley
But not the Banks of the river ... 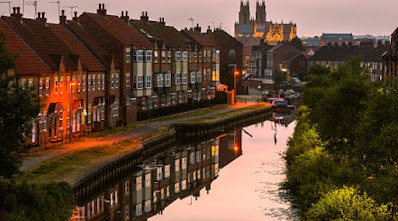 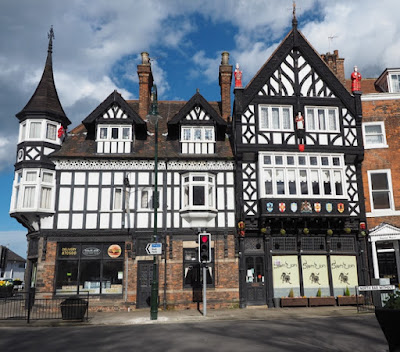 ... or even the Bustling market! 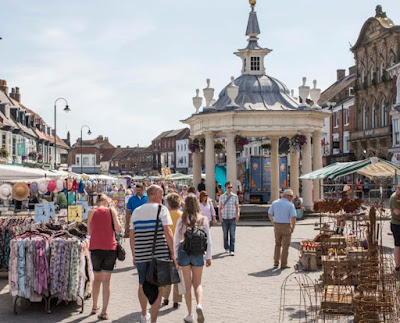 Maybe almost as good as the Bigness of the Minster ... 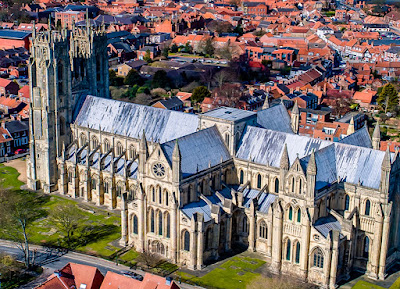 ... is the well stocked display of Bus leaflets from GoAhead East Yorkshire ... 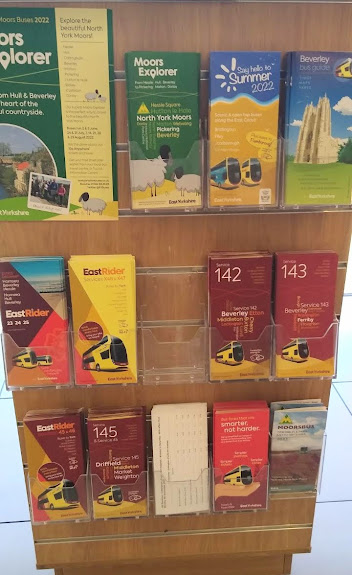 ... at the Brilliant Tourist Information Centre! 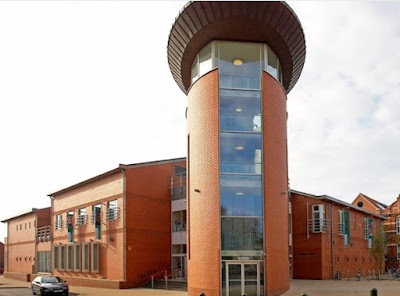 The TIC is located to the first floor of East Riding of Yorkshire Council's Treasure House which is also home to a Museum, Art Gallery, Cafe and Local History and Archives department.
At the heart of the East Yorkshire, bustling market town Beverley has fine food and shopping combined with a rich cultural heritage with many features, including St Mary's Church and the Beverley Minster, dating back to the 13th century.
Your one stop shop for a full range of information services. Fully trained, friendly and helpful staff can offer expert knowledge, accommodation booking, holiday information, what's on guides, ticket sales and much more.
Bonanza!!
Unusual at Upshire
As seen from a passing bus ... 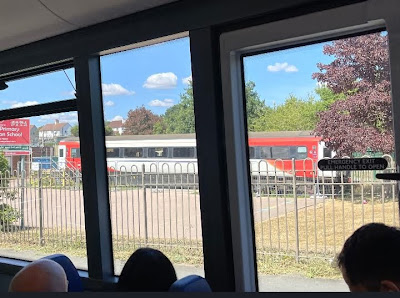 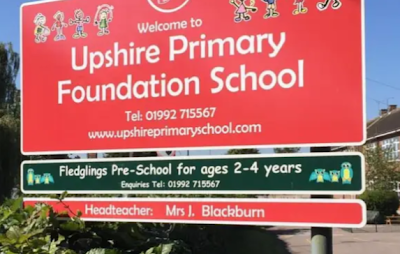 ... has obtained a couple of ex Virgin passenger coaches. One will be a Library and the other an extra classroom. 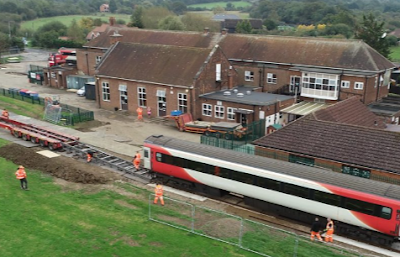 The second one is peeping out from behind the buildings, upper left! 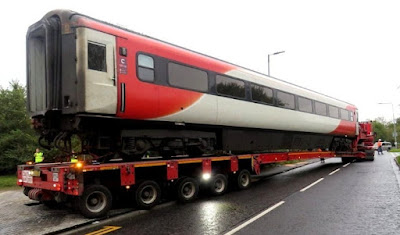 They are BIG ...
... and being fitted out for those library books! 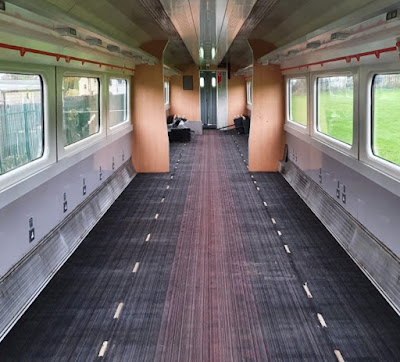 Now all they need is an 02 diesel and a bit more track and they can have rides round the footy pitch while they read or study! Look, there's plenty of room! 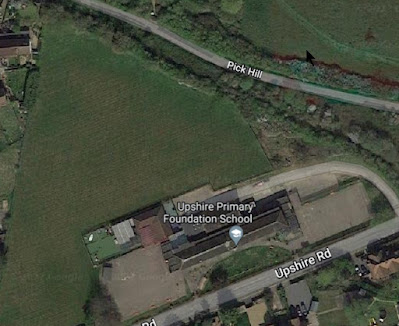 And the carriages are in the school livery as well.
The rest of the tank wagon story is postponed to tomorrow's blog.
Thanks to correspondent Arnold for the bus leaflet picture!
It's a film from 1968.

Next Variety blog : Monday 15th August
Posted by fatbusbloke at 02:00