East Is East And West Is West - Sort Of! 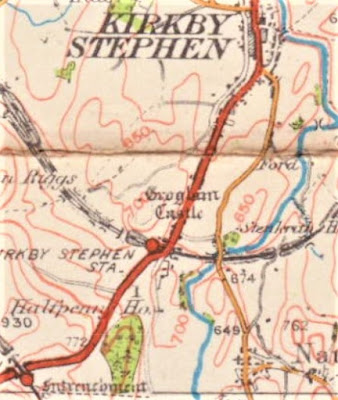 There were two stations, both named Kirkby Stephen but later (under British Railways) given an East and west addition, West (above map, bottom left) is on the Settle and Carlisle line and still very much extant.
Easily spotted, as you drive (or ride by bus!) between Newbiggin and Kirkby, with its rail overbridge. 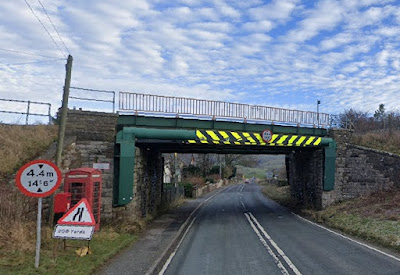 There is some hefty ironwork there, so, presumably he bridge suffers from big lorry strikes, vehicles going from the A66 to the M6 at Tebay and vice versa. 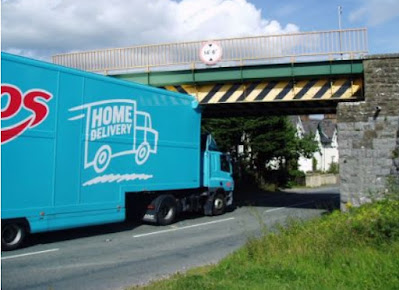 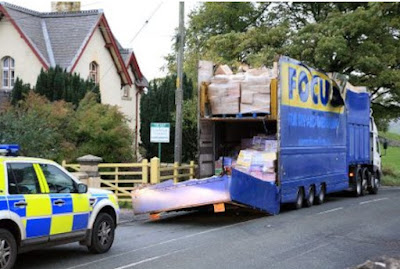 Local opinion suggests that it is the worst site in the UK for bridge strikes!
Road access to the station is on the Kirkby side of the bridge. The station is atop an embankment ... 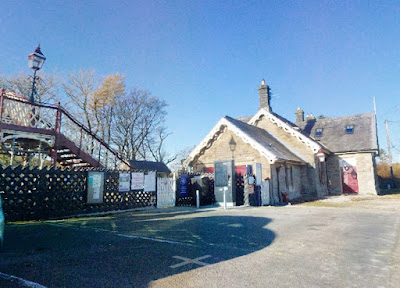 ... where, as well as the footbridge, there is a ramped footpath to the opposite platform. 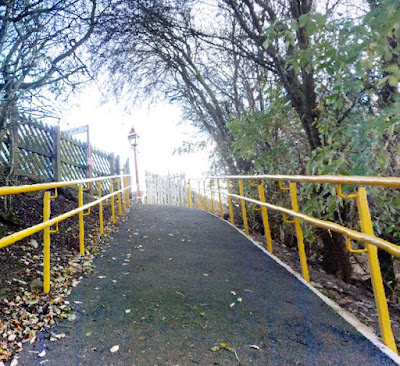 Unfortunately, you are about two miles from the town centre with only sporadic bus services passing by. In common with all of the stops on the S & C, the station is in excellent condition ... 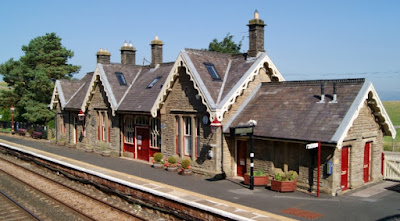 ... but is, effectively, an unstaffed halt! The station building can be rented in the form of two separate "cottages". A little closer to the town but still very much on the outskirts, was "East" station. This was on the line from Darlington to Tebay that offered passenger calls at Newbiggin on Lune (but called Ravensonedale). A later link ran from Kirkby to Penrith and this became the major passenger artery. 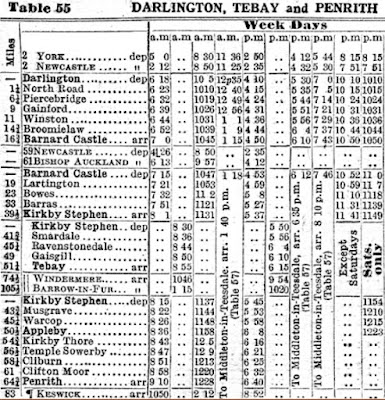 As was so often the case with rural lines, the main reason for this route was to carry heavy freight (coal, steel, iron ore, quarried stone) between Cumbria and County Durham. Passengers contributed very little to the line's finances.
Kirkby Stephen East was a much more splendid station that West. 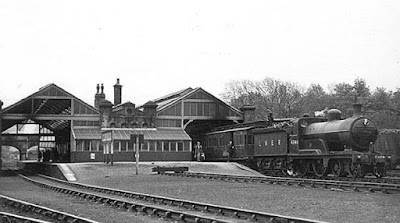 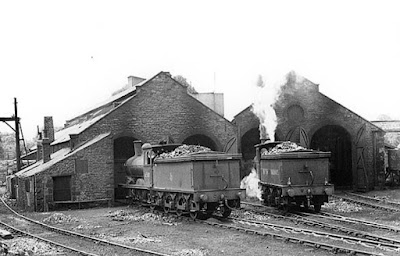 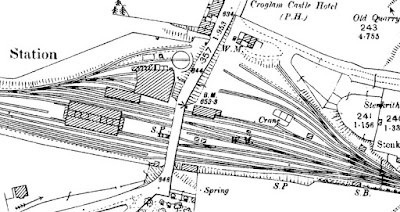 Continuing today's drive towards the town, you will begin to spot "industrial" activity on your left, the western side of the road. 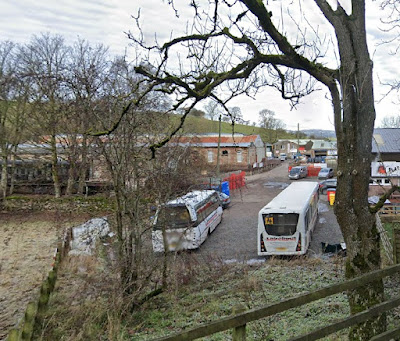 And there, soon visible, are the remnants of the station. 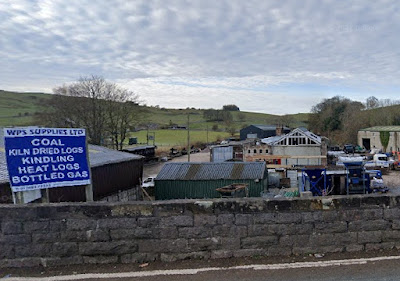 One side of the platform structure still stands.
Despite the economies of dieselisation ... 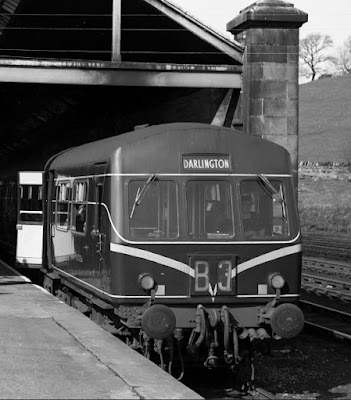 ... the line closed in 1962, just over 100 years after it opened.
The site was used for a manufacturing business for a while, but when this folded, dereliction set in.
But better times are here with the arrival of a preservation group called "The Stainmore Railway", 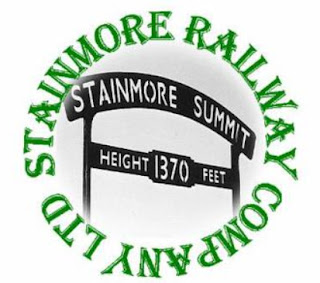 Its badge may be a tad on the optimistic side (as we shall see!) but it has accumulated a few locos, a few coaches and can even give you rides along the track. 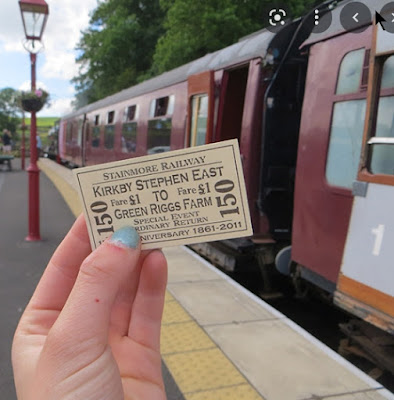 Potential visitors should not expect a steam hauled extravaganza along the line! Green Riggs Farm is about half a mile from Kirkby Stephen East. 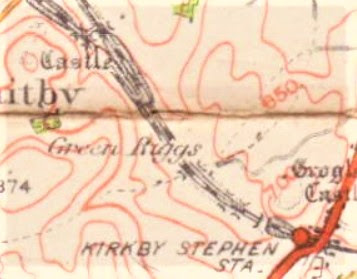 Well, its a start!
They have installed a lovely shiny station nameboard on their re-fettled platform. 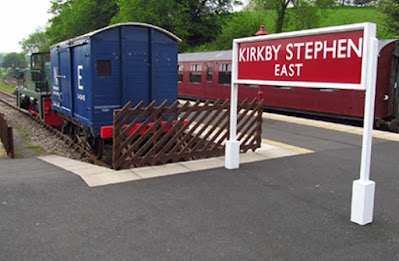 For the record, Stainmore Summit is a good few miles to the east of the station high up and close to the A66. 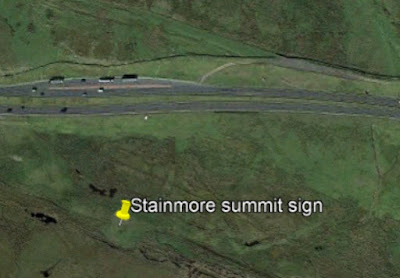 The iconic sign is in the middle of nowhere ... 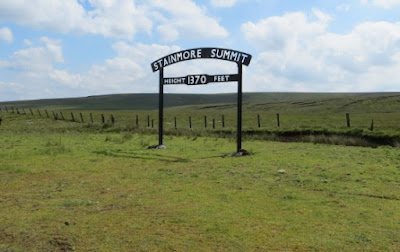 ... but getting a train to there from Kirkby would be just a bit expensive. You see, there is this valley through which flows the Belah Beck. 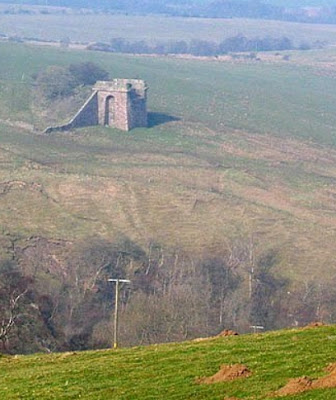 Crossing the gulch was the Belah Viaduct ... 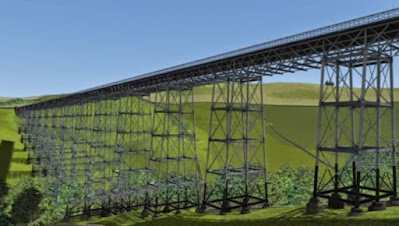 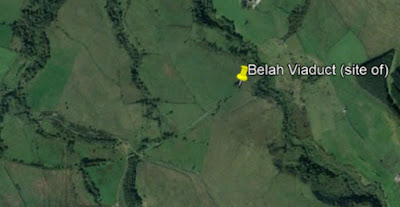 While we are up in "them thar hills", we might espy and unnamed turn off a local road that runs a wiggly parallel to the A66. 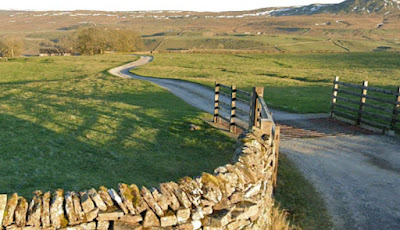 The track leads to a farm called ... 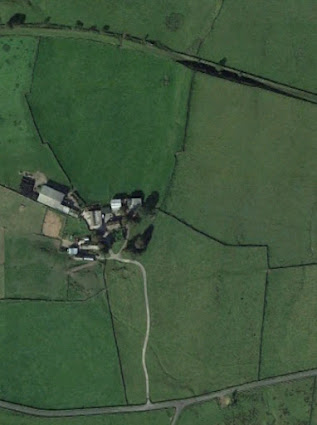 ... Bleathgill.
But railway enthusiasts may know it as the two words, Bleath Gill. 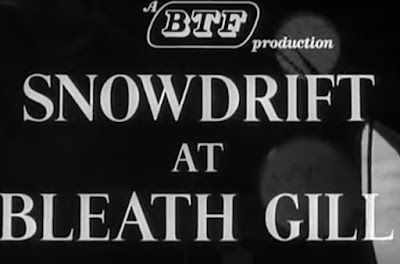 And what a glorious bit of nostalgia this ten minute film is. It is on YouTube and, technology permitting, it will be part of a Saturday Variety blog!
It is by far fbb's favourite transport film! Many moons ago it was so popular at a Crusader Christian Holiday that it was shown every day before lunch.
On the last day it was shown backwards to much hilarity! 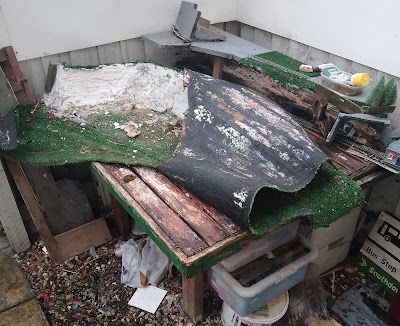 ... but a more serious problem has now been revealed.
The main picnic table, which has been in place sice 2014, is still solid (so it must have been treated with something) ... 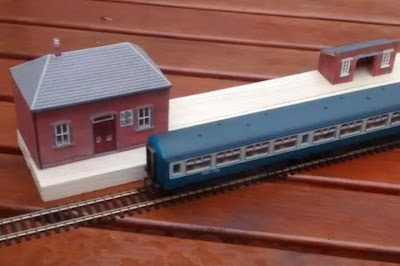 ... but the extra bit of shelf that No 1 son installed soon afterwards ... 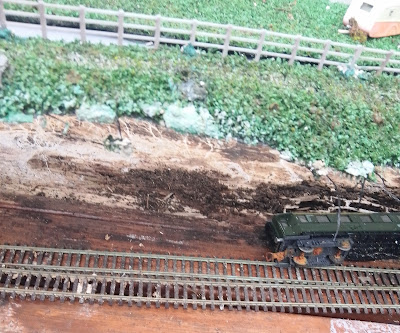 ... is rotted away. So a new piece of "shelf" will be needed.
The job will be tougher than expected.
Next Variety blog : Saturday 20th August
Posted by fatbusbloke at 02:00