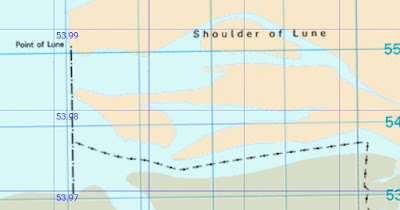 The River Lune (as in Lune-caster i.e. Lancaster) finally becomes sea at the "Point of Lune" which marks the extent of mud and goo that borders the estuary and projects into Morecambe Bay. Newbiggin on Lune is at the inland end where the river has almost disappeared. 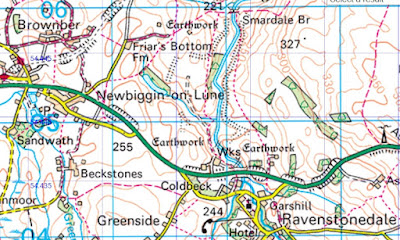 From Newbiggin the river flows west and south west to Kendal, then pretty much due south to Lancaster before turning a sharp right to get to the sea.
There are lots of Newbiggins, four of them being in the Eden District of Cumbria with two more in South Lakeland. County Durham has two with North Yorkshire, Derbyshire and Northumberland only managing one each. Slackers!
The name is a dialect corruption of an the old English for new building and may have referred to a completely new settlement or. more likely, a significant development of an existing hamlet.
The main road (GREEN) in the above map extract is the A685, improved to give the A66 a southbound link to the M1 at Tebay.
Newbiggin had a railway which ran alongside the A685 from to Tebay. Much of the track bed has been use for the A635 improvements.

It so happens that No 1 son and family have just returned from a camping holiday at Dubbs (above maps, centre right) just outside Newbiggin and itself very much on the Lune! The road to Dubbs has never been travelled by Streetview, so fbb has to be content with a view from the former A685, now demoted to a humble (YELLOW) side toad. 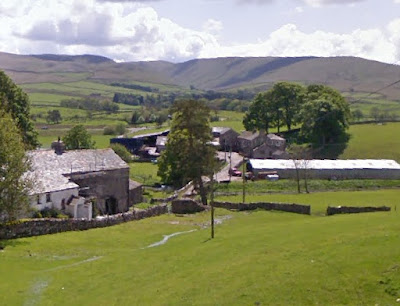 By the time the river reaches here, it is just a stream ... 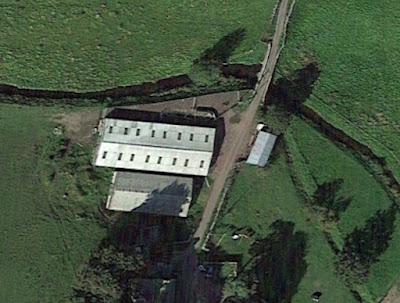 ... and on the eastern edge of the village is the spot where the Rive Lune rises! 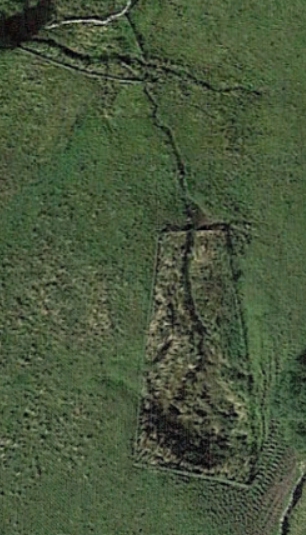 But as well as being, just about, on the Lune, Newbiggin had a railway station. You can see it, now privately owned, from the A685 ... 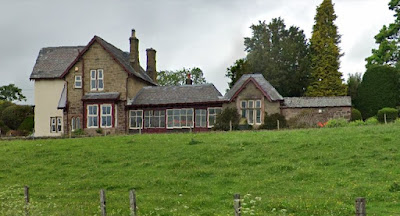 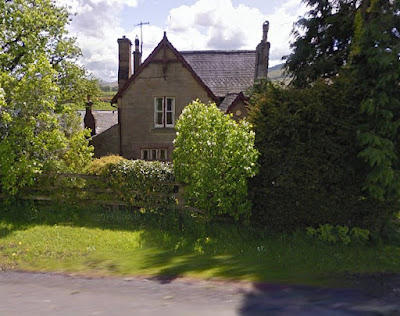 You can even spot the old roadway to the goods shed and minimalist goods yard, also from the old A685. 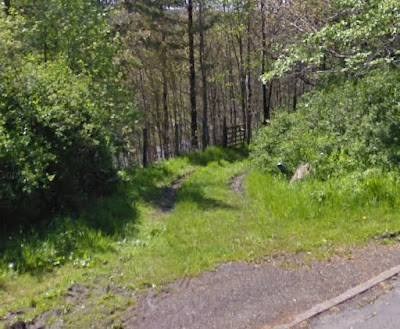 The overbridge is also still there, much overgrown. 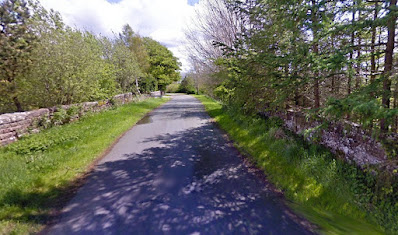 As well as the station building and attached stationmaster's house, a goodly chunk of the platform has been preserved by the present owners. 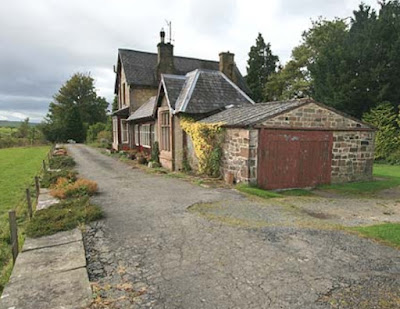 But this was NOT Newbiggin on Lune station - oh, no sir. This was Ravenstonedale Station, taking its name from a community ... 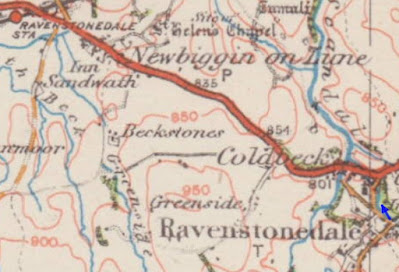 The station had staggered platforms ... 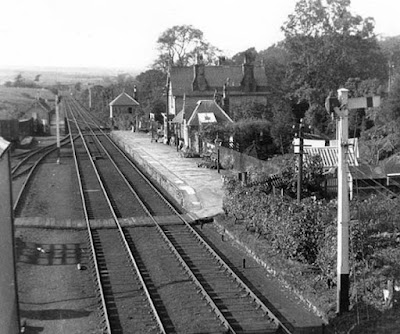 ... and there is the obligatory small goods yard. Below, the good shed is viewed from the end of the staggered platform. 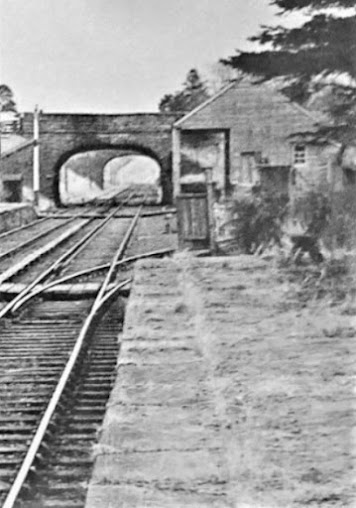 So, what level of service would the keen Cumbrian "commuter" be considering at Ravenstonedale Station, located at Newbiggin on Lune.
Answer, not much! 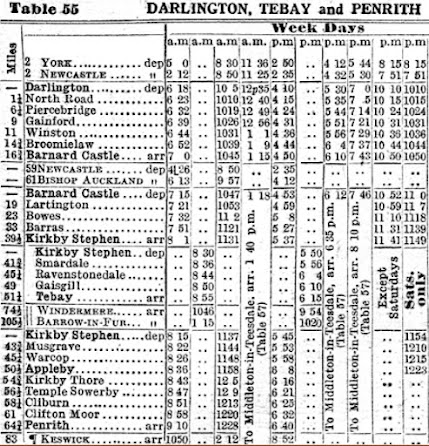 There are just two trains each day!
Where would you want to go? There really isn't much at Tebay except connections on to the West Coast main line, so you would guess that most local traffic would be to Kirkby Stephen.
the town had two stations, neither particularly ideal for the town. 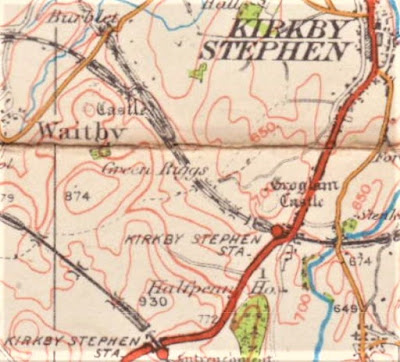 The Settle and Carlisle station is the furthest away (map above bottom centre) whilst trains from Ravenstonedale would take you a little nearer, but still a fair trudge with your market-day purchases. For the record, there never was any link between the two lines ... 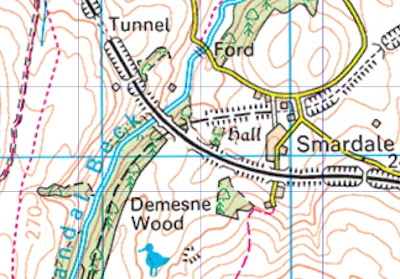 ... with trains to Ravenstonedale passing under the S & C Smardale Viaduct. 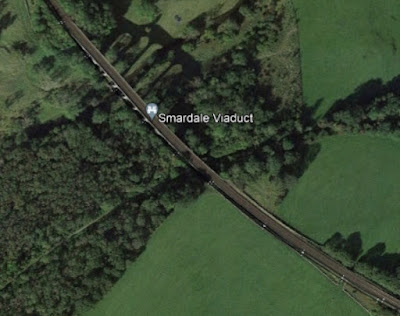 The viaduct is  real sight for sore eves even today ... 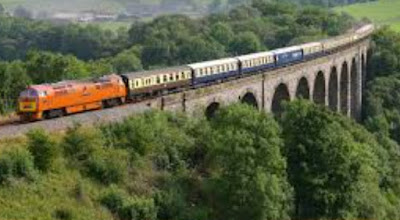 ... but sadly not from a train between Kirkby Stephen, Ravenstonedale and Tebay! A Google Earth enlargement just about shows the line of the long-closed railway under the southernmost arches of the viaduct. 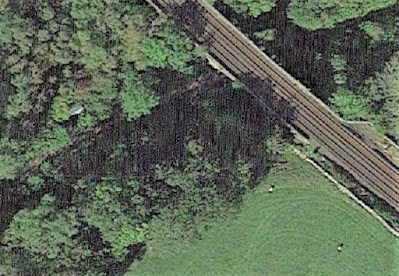 Tomorrow it is the turn of today's bus service to Newbiggin on Lune.
P Q R S T ? 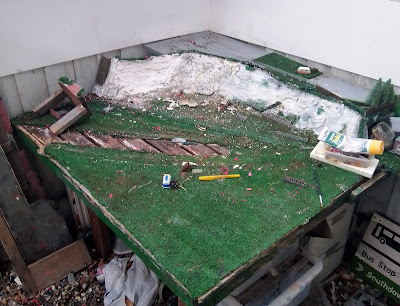