A Grand Day Out By First Bus Mega Taxi!

fbb popped along to Weymouth only a few weeks ago when Mrs fbb was attending a prayer and bible study day at Crossways.

The relevant blog is (here) for those that missed it or wish to refresh their memory. 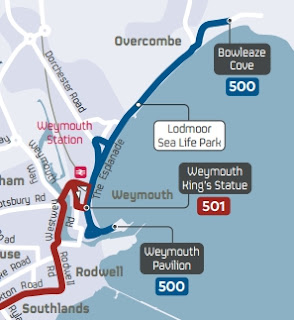 ... was too tight to schedule. As it happened, fbb could have just about managed at trip from Kings Statue to Bowleaze Cove and back , BUT ... 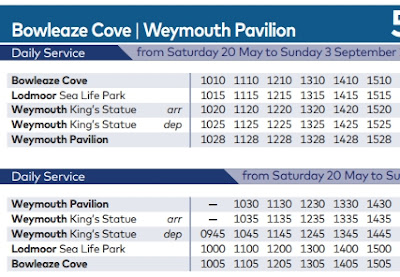 ... it would have left no time for lunch (missable in extremis) or other important bodily functions (definitely unmissable!!!). 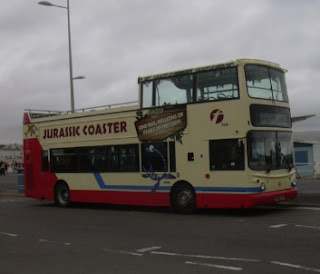 Maybe another time. Perhaps Mrs fbb will join her hubby in a Weymouth Tour?

The day started with "kiss and ride" to Axminster. Yes, the old man could have gone by Ave Valley 885, but was too miserly to shell out the £3.50 fare.

The next bus on the half hourly frequency would, in theory, have made the connection but fbb is nothing if not risk averse. The 0955 was an X51 to Dorchester ... 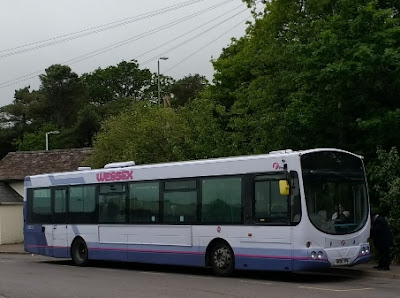 The usefulless departure screens, provided by Devon County Council, hit a new low. Sometimes they are blank, sometimes they say "refer to timetable" but this time they hit plumbed depths of uselessness. There was no mention of the half hourly frequency on First's X51/X53. 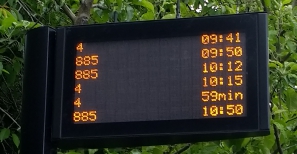 fbb's bus, and all the rest, simply did not exist. Neither did the 1040 Buses of Somerset (BoS) service 30 manifest itself electronically at any time. The station booking hall could furnish the excellent Devon County timetable book and First Wessex's summer beauty. 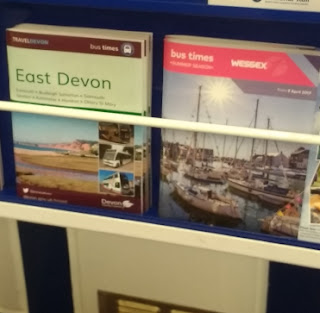 Nothing from BoS. The Devon timetable printouts were all displayed in frames at the stop which rather makes the electronics a waste of space and money.

fbb's bus "wasn't" in another way. Upon arrival at Bridport coach station (bit of concrete and a shelter - lavish!) ... 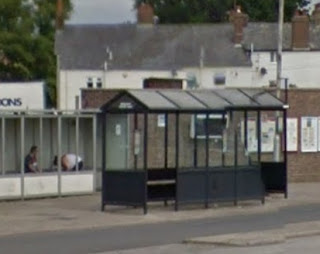 ... all passengers were summarily turfed off as the bus was going no further. 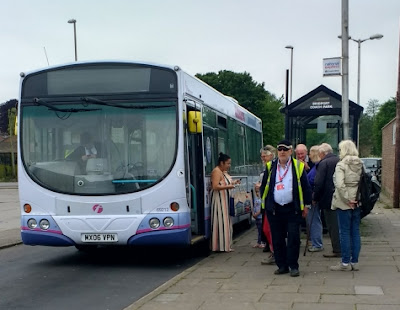 "There might be", our driver told us, "a spare bus if they can find one."

There were three in the depot yard. fbb walked to the Nationwide stop on West Street and informed two waiting passengers of the unlikelihood of their bus's arrival. They wandered off disconsolately whilst your frustrated author felt nothing but sympathy for any others en route. Despite the wonders of modern science and the hugeness of the resources of First Bus, they would be left in angry suspense for a whole hour.

Of course there were electronic signs at this town centre stop on which the missing X51 appeared and, at 1107 disappeared. 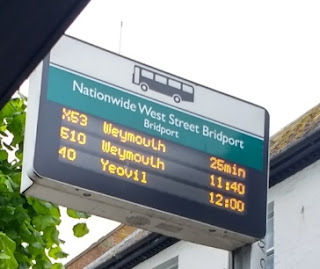 If there was a twit to inform them, it never reached fbb's phone and neither prospective customer was clutching a "device". The solution is simple. Go to computer. Type in "1107 from Bridport". Click "change". Type in "cancelled - breakdown". Click "send to screens".

Except that the system is not set up for such a luxury. It is set up to run with a minimum of human intervention. No doubt Ken Traveline Dorset will send in a comment saying why it cannot happen like that; but fbb has not the slightest doubt that a competent GCSE programer could write the necessary code.

As an aside, it is really good to know that Nationwide West Street Bridport is in Bridport. For a while fbb thought he was in Wigan!

Despite all this, fbb's 510 was clearly signalled and duly appeared, setting down two passengers at "Frosts" .... 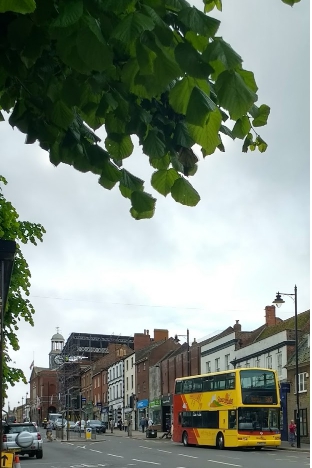 ... a stop which will have to be renamed due to the demise of the long-standing and well-known Bridport retailer. 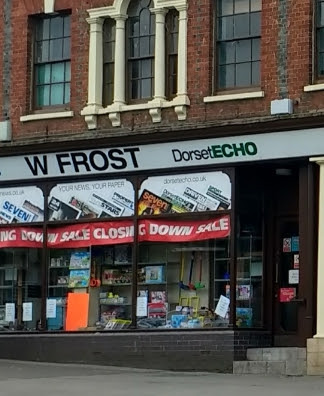 Two passengers? Not good for business. But there is a problem with the 510. It largely duplicates the X53 (via West Bay, Abbotsbury etc) ... 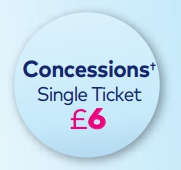 ... fbb; who remained the sole passenger all the way to Weymouth. It was worth £6 to be chauffeur driven in a very large yellow double deck taxi with isolationist views from top deck front. 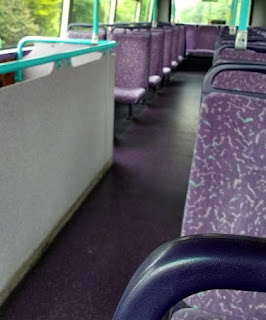 But it was hardly a profitable round trip for First.

The service is branded ... 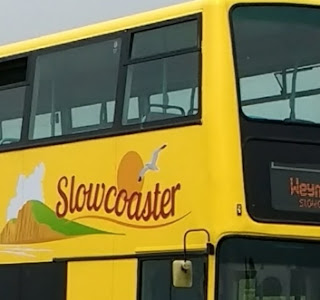 ... and it does exactly what it says on the tin. It ambles slowly along the X53 route with a few diversions and a four minute stop at Abbotsbury view point ... 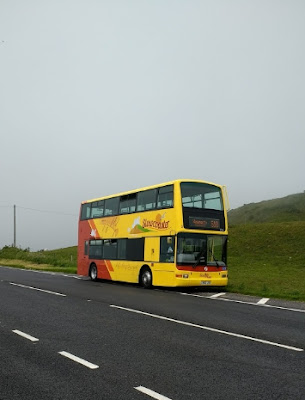 fbb will examine why you might want to use the 510 rather than the X53 in tomorrow's post. 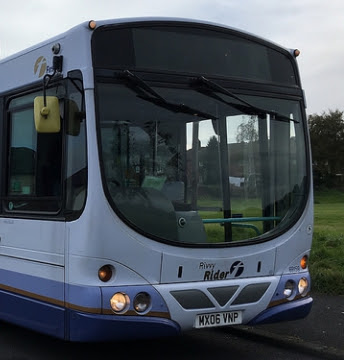 fbb's poorly bus used to be based in Manchester. It was branded "Rivvy Rider" (with a very thin gold stripe) ... 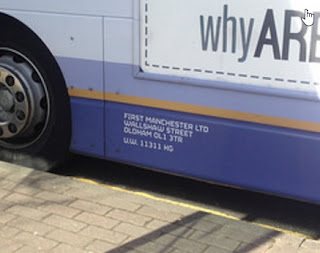 ... for service 575 between Bolton and Horwich.

Rivvy Rider is perhaps derived from Rivington Pike, a hill near Horwich. The branding was both feeble and short-lived. To serve (or not serve as it turned out!) the good folk of Wessex, the thin gold stripe has been repainted First pink.

Next Slowcoaster blog : Friday 26th May
Posted by fatbusbloke at 02:00