So Where Does The X6 Go?

Easy peasy lemon sqeueezy; it runs to Clevedon. The town's fame comes from its pier which featured in a recent BBC "ident", the one with the vintage swimmers. 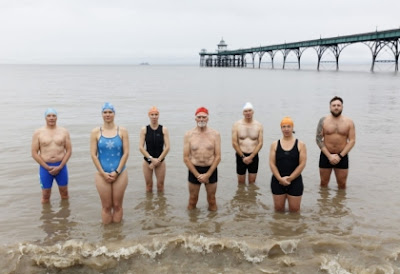 Clevedon Pier, opened in 1869, is one of the earliest surviving examples of a Victorian pier. On 17 October 1970, two outward spans collapsed ... 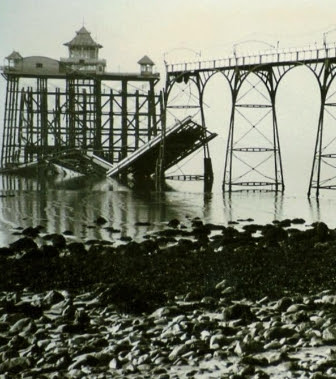 ... when the seventh set of legs from the shore failed during a routine insurance load test. A trust was eventually formed and the pier and its buildings were restored and reopened on 27 May 1989. 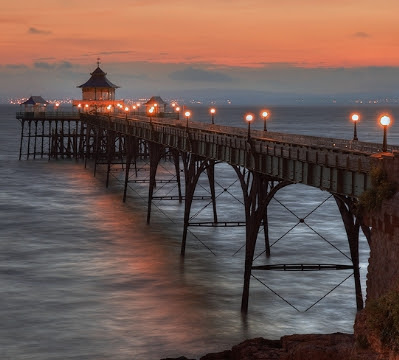 The town's second, and more recent, claim to fame is as the town Broadchurch in the TV series. "But wasn't that West Bay in Dorset?" we hear our readers cry. 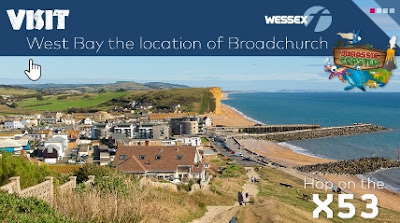 Indeed it was; but West Bay doesn't have a town, so the series used Hill Road in Clevedon. The former premises of Seeleys, the booksellers,... 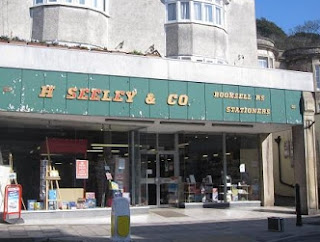 ... became the offices of the Broadchurch Echo. 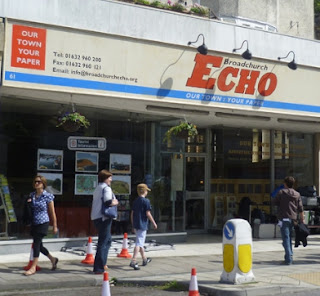 The town lies among a group of small hills, including Church Hill, Wain's Hill (topped by the remains of an Iron Age hill fort), Dial Hill, Strawberry Hill, Castle Hill, Hangstone Hill and Court Hill which is a Site of Special Scientific Interest along the Severn estuary. Clevedon was mentioned in the Domesday Book but grew in the Victorian era as a seaside resort. 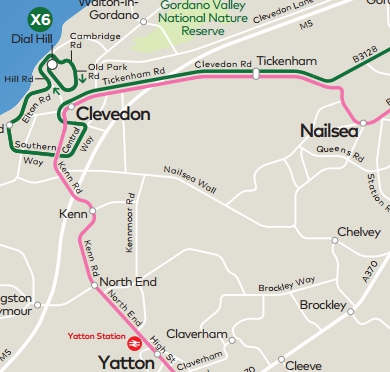 The X7 (PINK) runs via Nailsea and serves the town centre before continuing to Yatton, Congresbury and Weston super Mare. But this blog is looking at the X6 (DARK GREEN) which is shown on the map as running to Dial Hill. 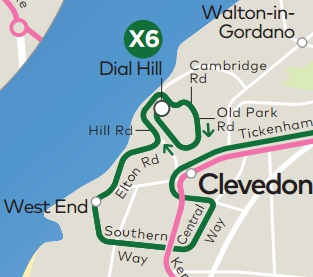 But if you look on the Excel network map the X6 terminates somewhere different. 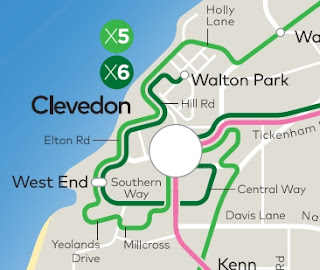 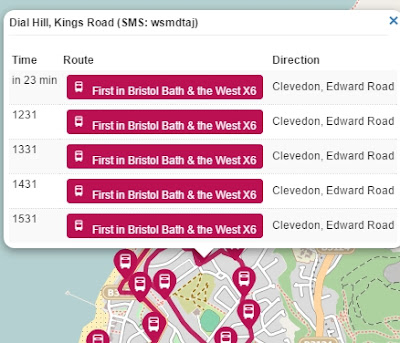 It shows a stop at Dial Hill Kings Road, but you can only go to the terminus, Edward Road (see timetable above). Traveline's timetable, however, is different again.

It comes up with a location, Walton St Mary where the terminus is located at Edward Road.

Dial Hill appears to be a summit IN Walton St Mary. 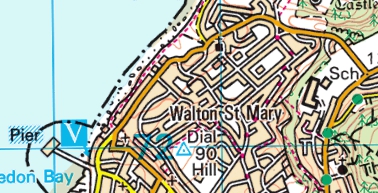 In the absence of local knowledge, fbb guesses that Traveline is right, Dial Hill on the First map is misleading and ...

... All buses go to and from Dial Hill Road. And if fbb's surmise is right, why is there that long line of "we don't go there" dashes on the timetable?

For the record, the first stop on the loop (called Dial Hill Road) is, in fact, on Robin Lane ... 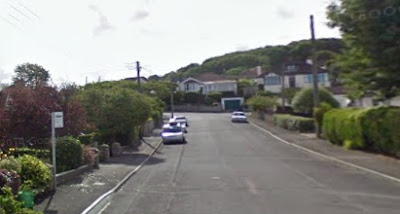 ... and would be better so called. The "terminus" is on Cambridge Road at its junction with Edward Road. 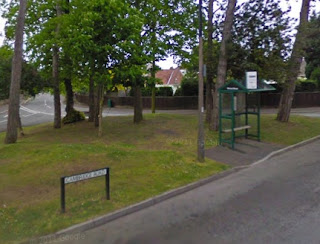 The last stop on the loop is at the very end of the long and winding Dial Hill Road, at its junction with Robin Lane. 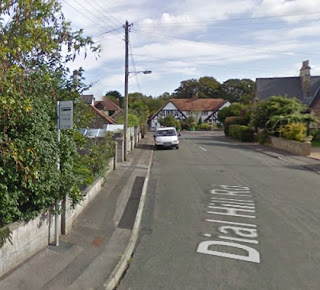 The set-up is potentially confusing and would be better handled by (a) a timetable that goes right round the loop both TO and FROM the ends and (b) a more detailed map of Clevedon in the leaflet. Such a map is on-line under the "Network Maps" ... 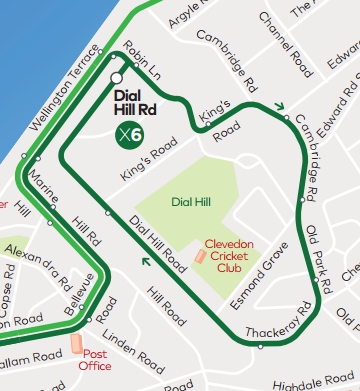 ... it does show all stops and gives Dial Hill Road as the "terminus", a time point unserved by most timetable journeys.

Tomorrow, reports from fbb's excursion to the Somerset coast.

Next Minehead blog : Friday 19th May
Posted by fatbusbloke at 02:00