Up Dates Up Top 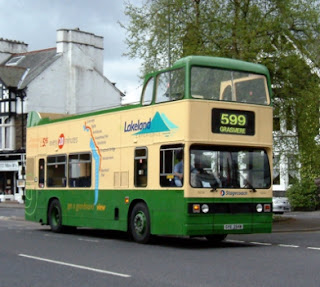 Service 599 has, for may years, been a popular (and profitable) open top operation in the Lake District. Stagecoach ex London deckers were the standard fare for several years, replaced more recently by modern (?) Tridents ... 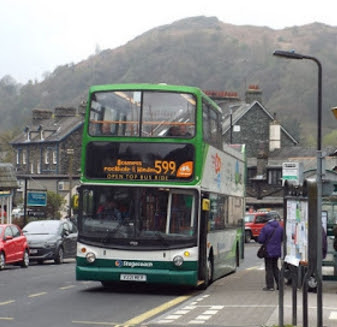 A recent press release has heralded the first brand new buses for this route. 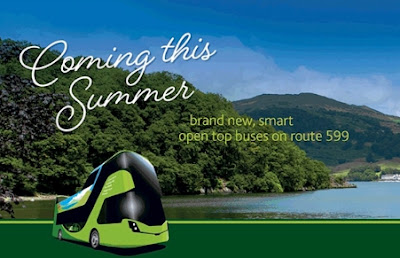 They will replace the current Trident open top buses used on the Lakes 599 service.  The seven part-open top buses are due to enter service this summer and will carry a new ‘LAKEsider’ livery from Ray Stenning and  Best Impressions.

The new branding, and an impression of the vehicles, which will be Volvo B5TLs with Wright Gemini 3 bodywork will appear in publicity material in the coming weeks. 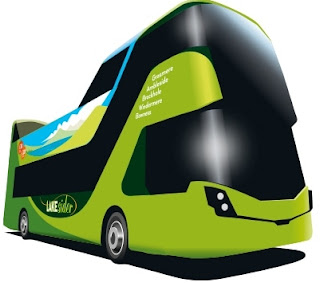 The buses will carry fleet numbers 13801-07 and will be allocated to Kendal depot. In a first for a Stagecoach regional fleet they will have white LED destination screens with a full length destination screen, rather than just the route number, at the rear.

New for Torquay
The new open top route 122 started this week. Running every 20 minutes in addition to the current 22 "ordinary" service ... 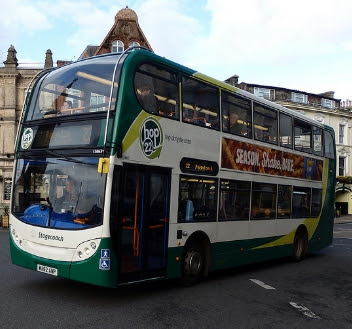 With a simple, easy to remember timetable ... 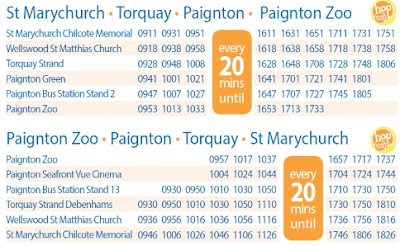 ... this represents a mammoth investment by the company.

fbb has commissioned a few piccies of vehicles in service and the first batch suggest that loadings were not great - but it was the first few days, Time will tell. 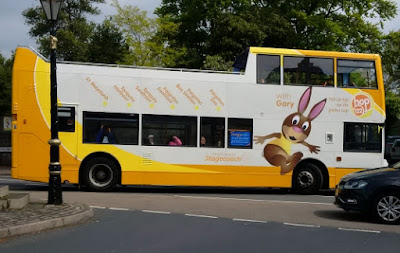 And the pictures were taken at the St Marychurch terminus. 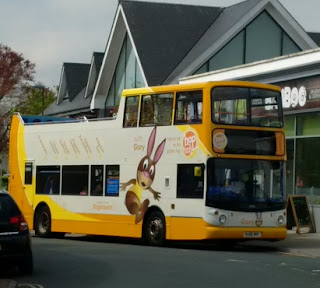 The business behind the bus is branded Bamboo ... 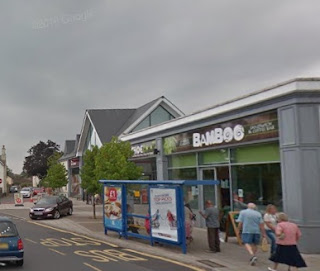 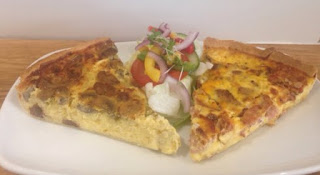 Yep, fbb is getting old!

New for Bournemouth?
The Return Of The 12? 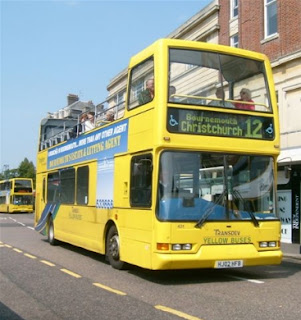 On Wednesday last, fbb was bewailing the lack of the much loved Bournemouth open top route (service 12) from their splendid now timetable book. No sooner were pixels dry on the screen when a correspondent forwarded this ... 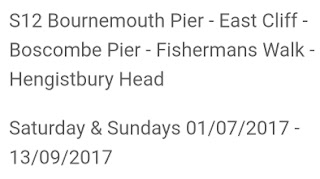 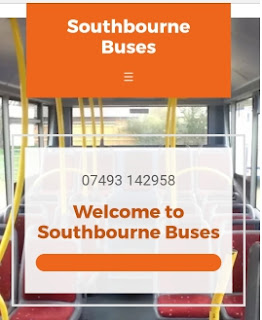 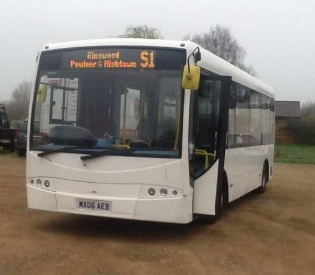 In the very next post (electronically speaking!) came the rumour (now confirmed) that RATP Yellow Buses was taking the lids of convertible open toppers, as illustrated above.

Another unconfirmed rumour was that City Sightseeing in Bath (run by the Bath Bus Company; also RATP) was sending some of its open toppers "down south". 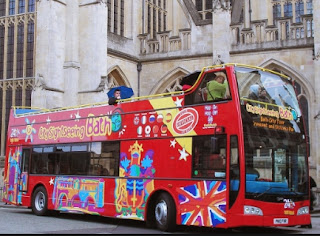 New for Weymouth  - a Clarification
In his recent Weymouth blogs, fbb wondered why the soon to be introduced open top 500 was not merged with the 503. 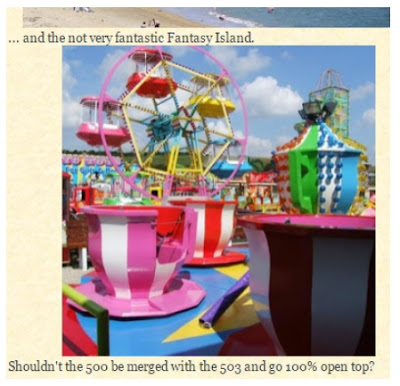 It simply looked odd, turning the 500 short of the massive Waterside Holiday Park while the 503 runs right into the convocation of caravans and chalets. 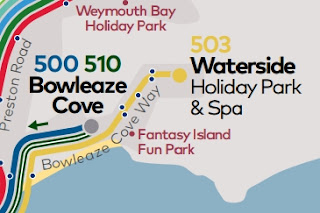 The answer, as per the boss (Simon Newport) is that First enters the camp on private roads by invitation and the management were not keen to see big double deckers, and open top to boot, creeping round their holidaymakers' private domain.

Maybe a successful 500 this season will change their minds?

Next selection box blog : Saturday 6th May
Posted by fatbusbloke at 02:00