Are they having a laugh? Railway modelling is a very expensive hobby. Even if the typical "young lad", as from fbb's teenage years, were today to decide to take up the hobby, he would find most models well beyond "pocket money" prices. Of course, manufacturers know their market (hopefully?) and base their business model on short production runs with consequential "ouch" prices.

How about owning a model "Dynamometer Car"?

The first dynamometer car was probably one built in about 1838 by the "Father of Computing" Charles Babbage. Working for the Great Western Railway of Great Britain, he equipped a passenger carriage to be placed between an engine and train and record data on a continuously moving roll of paper. The recorded data included the pulling force of the engine, a plot of the path of the carriage and the vertical shake of the carriage.

This is the London and North Easter Railway's version on display at York Railway Museum. 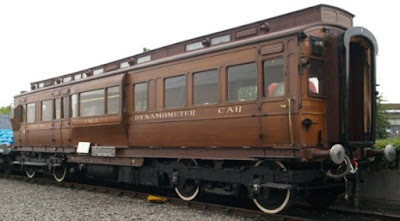 Rails of Sheffield (suppliers of the basis for fbb's model of Ryan, chum of Thomas the Tank Engine) has announced that it will have a model of this short bogie vehicle on sale late this year or early 2018. A 3D printed mock-up is shown here. 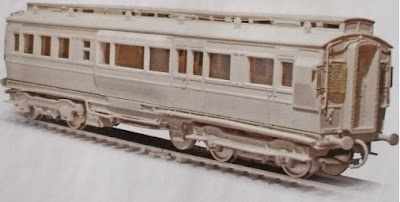 It will come with a fully detailed interior ... 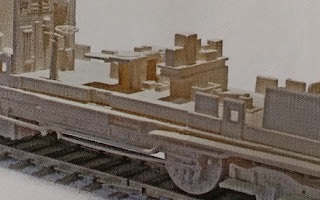 ... which look potentially superb. But it is only a coach; it doesn't have a motor or complex DCC technology. 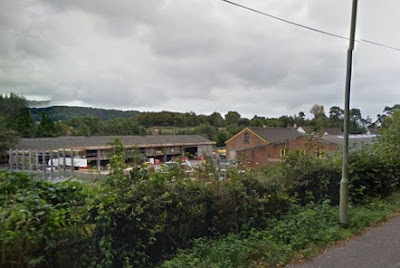 This business takes up most of the goods yard of the former Sidmouth station. Next comes premises that replace the one-time engine shed as featured in yesterday's blog. 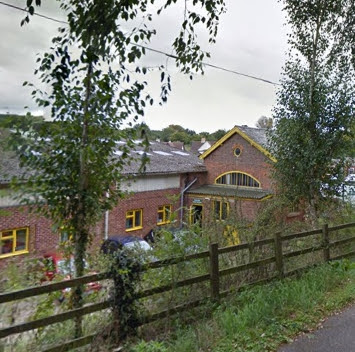 A reminder below of the model engine shed from a similar point of view. 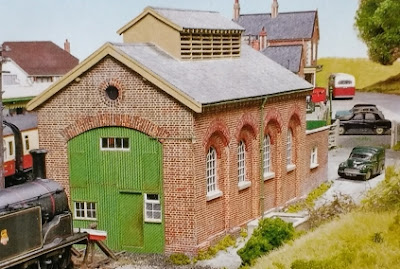 Finally, you come to the former station buildings. 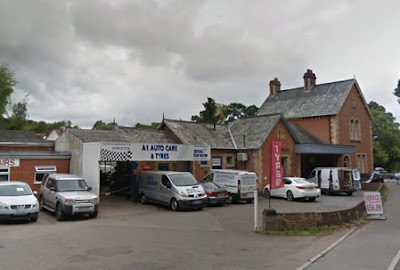 The tall structure at the end was once the stationmaster's house, now in private hands. 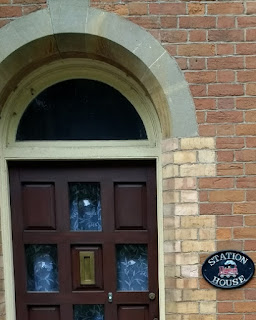 The building is unchanged since it was built, apart from cosmetic improvements ... 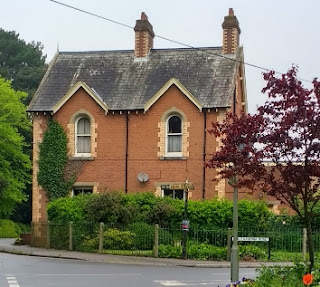 ... and, as we might expect, it is beautifully and accurately modelled by our hero, Mr Richard Harper. 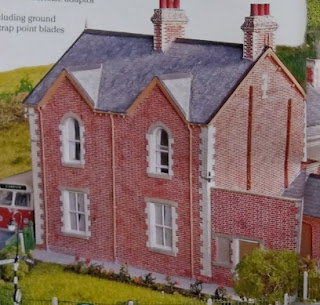 His model is based around the late 50s early 60s, so the hedge has grown since then! There are some lovely touches. Look at the bottom left of the picture above. There is a delightful "traditional" finger post. 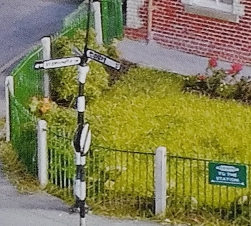 And it is still there! 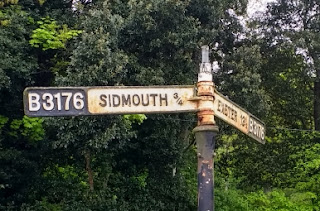 Sadly, it has lost one of its "fingers" (or has Richard made a mistake? Unthinkable!); but it is modelled beautifully including the white and black road numbers.

To complete the picture, there are some pleasant (and doubtless expensive) individually designed properties opposite the station yard entrance ... 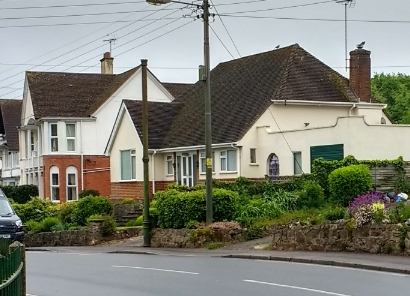 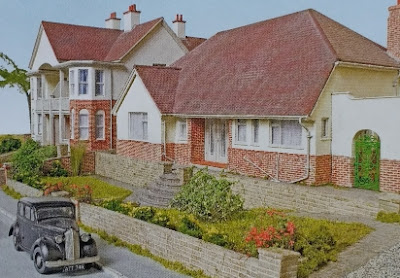 The layout does the rounds of Model Railway Exhibitions but will appear in its home town later this year. 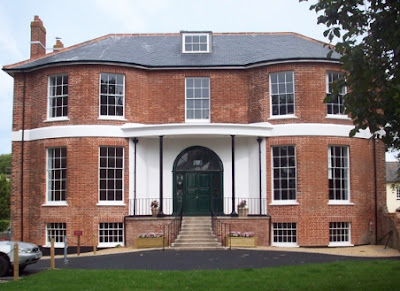 In August, to mark 50 years since the closure of Sidmouth railway, Kennaway House will host a 26ft-long replica model version of the old town train station. Richard Harper, from Leamington Spa, put together the working construction and it will go on display for three days. 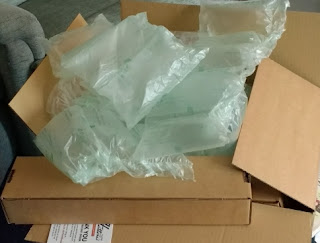 ... but in there somewhere was this.

A second hand Hornby Pullman car, with full (? no working lights) interior, perhaps a little weak in detail at underframe level and with a couple of scratches on the bodyside. No worries, fbb will position the coach so the scratches are on the "away" side from any critical onlooker.

It came with even more packaging. 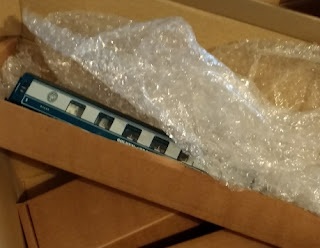 Please note that Mrs fbb and fbb are off on a brief holiday to Minehead on Wednesday. The property will be guarded by Jacko the cat, next door neighbour and next door neigbour's ferocious slavering hound. Blogging should continue as (ab)normal, but interruptions to normal service may result if WiFi is not very Wi or Fi.

Next branding blog : Tuesday 16th May
Posted by fatbusbloke at 02:00