I thought that you might be rather amused by this unexpected howler on Great Western's journey planner.  Mrs and I were planning to head off from Liskeard to Gunnislake (13 miles away by road) and I suggested that the train might be a rather nice option for a change, although it would involve a longer journey, travelling in and out of Devon, changing trains in Plymouth. 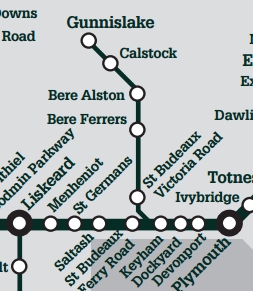 I entered the morning departure times and was intrigued to be presented with the option of travelling on the Night Riviera sleeper train from Liskeard to Gunnislake.

The very idea is unthinkable, as the branch closes down with the last train at 2131 from Plymouth, 2221 back from Gunnislake. 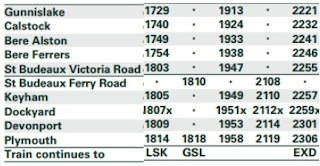 Now, we might all guffaw at the impossibility of such an operation, but why on earth does the web page even offer it as an option ?

It's the stuff dreams are made of! 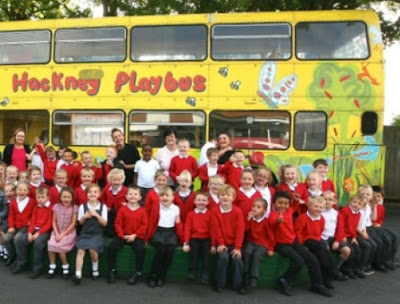 But it says Hackney Playbus on the side!


The bus was bought (on EBay!) from Hackney for £3,800 by Birkwood Primary School at Cudworth and towed to the school where it is to be used as the school library. 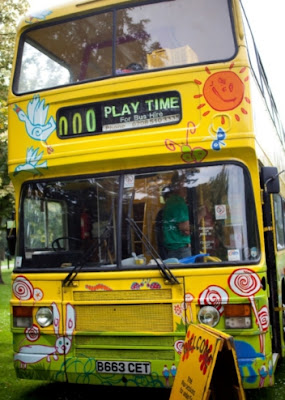 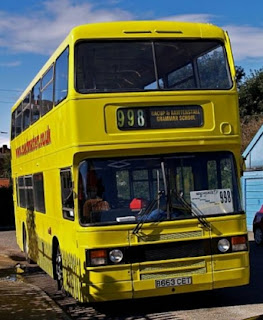 The company is/was best know for its posh coaches ... 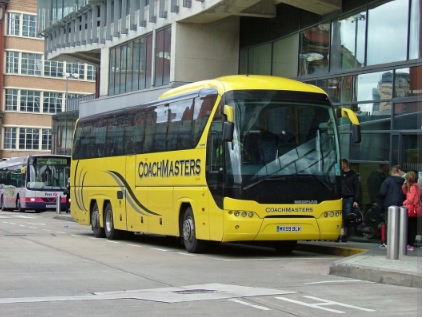 ... but it withdrew from a clutch of tendered bus services in 2011 (hence the sale of the future playbus?) 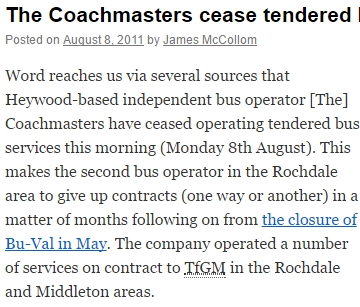 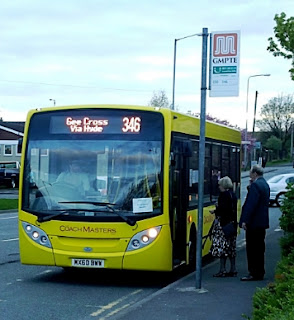 ... is now operated by First and Stagecoach. 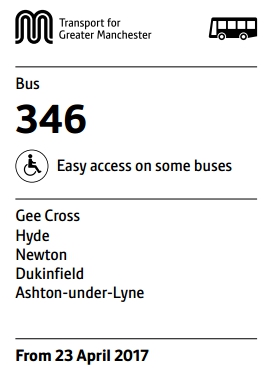 From the school's web site we see that the Library is luxurious and nicely relaxing. 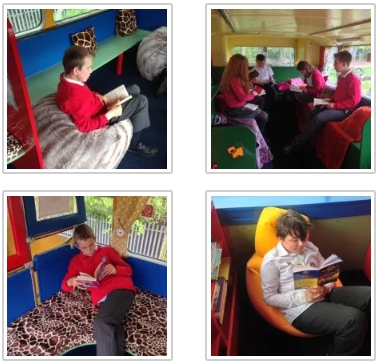 School libraries weren't like that when fbb was a lad! 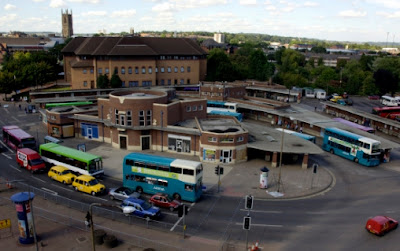 The old Derby bus station, visited several times by fbb, always seemed to work quite well. There was parking "round the back" for vehicles having their "layover" and, although it was always busy, it was as pleasant as a bus station can be.

The new bus station is smaller (of course) with reverse-out bays.

So the "Chaos and Gridlock" story appears regularly in the local press.

Derby bus station is 'gridlocked' six times a day, claims one driver who uses the site. He was speaking out after Derby Telegraph photos and a video showed queues of buses waiting to enter the station. 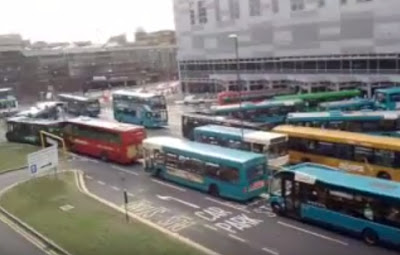 The picture is from a video taken in 2010, so the problem is not new. The entrance is upper left and the exit is out of shot lower right. The "chaos" is provoked when buses cannot get IN because of vehicles reversing off the stands. The junction st the entrance is blocked so buses leaving the bus station (passing the car park sign) cannot get OUT through the junction.

What is needed, of course, is a bigger bus station (about the size of the old one!) with more room to manoeuvre.

Bus companies have admitted congestion is causing delays, for which they have apologised. They say they are working with the city council to solve the problems.

The driver was just one of many readers who commented on our story about the congestion. He said: "At least six times a day this station is gridlocked. I am a driver and can honestly say we as drivers are fed up of the chaos that is Derby bus station. An average of 30 mins just to navigate 100 yards!"

Bluebell Nostalgia
The twit computer has been sending fbb more beautiful pictures of the Bluebell Railway. Comments are superfluous! 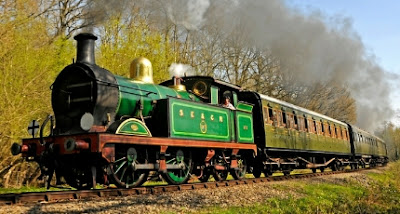 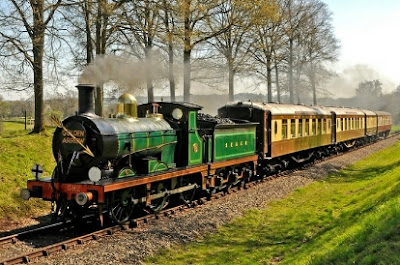 Just for those unfamiliar with this sort of "stuff"; the locomotives are in the livery of the South Eastern and Chatham Railway which became part of The Southern Railway in 1923.

Next belated bloggings blog : Thursday 11th May
Posted by fatbusbloke at 02:00