Lynton and Barnstaple; Lovely and Beauteous!


The Lynton & Barnstaple Railway (L&B) opened as an independent railway in May 1898. It was a single track, 1 ft 11 1⁄2 in (597 mm) narrow gauge railway and was slightly over 19 miles long running through the rugged and picturesque area bordering Exmoor.

In the United Kingdom it was notable as being the only narrow gauge line required to use main-line standard signalling. For a short period the line earned a modest return for shareholders, but for most of its life the L&B made a loss.

In 1923 the L&B was taken over by the Southern Railway, and eventually closed in September 1935.

The line ran from an inconveniently placed station (not) in Lynton, distant from the town centre and high up atop steep hills. 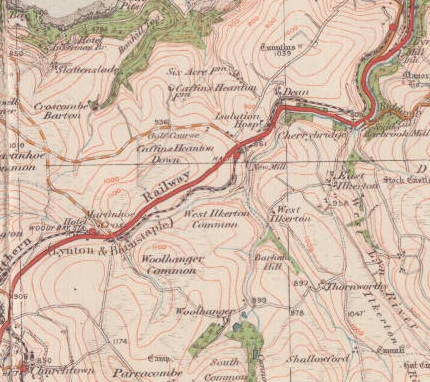 The station building (top right on the map) sill exists ... 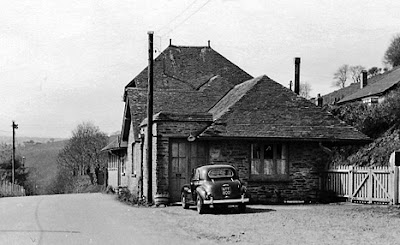 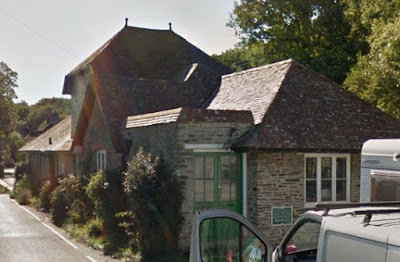 The line then followed the present A39 to Perracombe, but then wiggles in blissful isolation past Bratton Fleming. 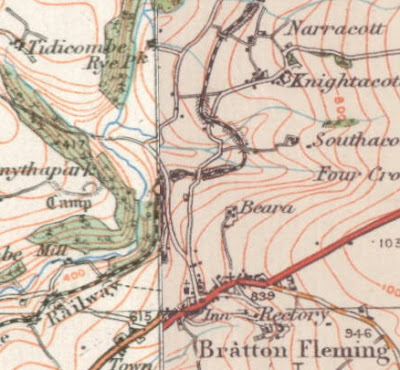 The other terminus was Barnstaple Town station ... 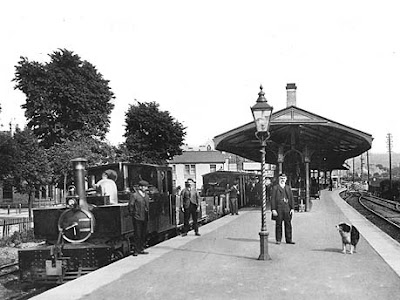 ... where connections could be made with the big railway. The present Network Rail station was then called Barnstaple Junction. 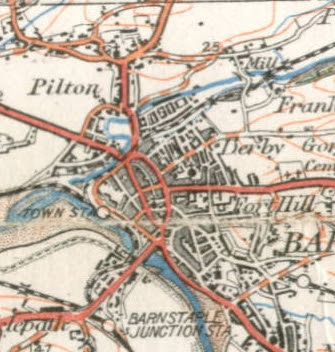 An aerial photo courtesy of Google reveals the curve of the linking standard gauge line plus a few trees behind some housing ... 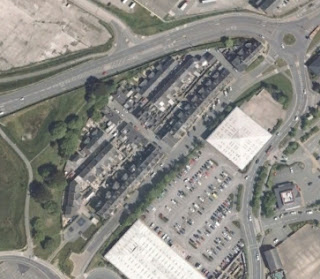 ... and the line of the Lynton and Barnstaple has turned into 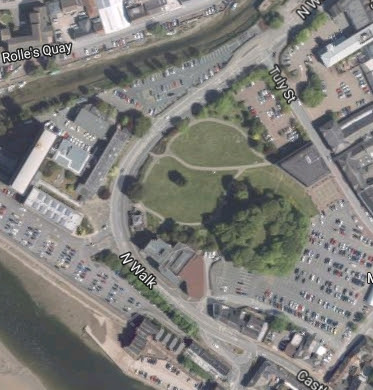 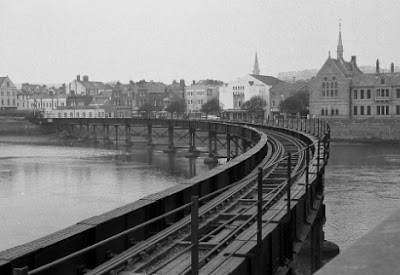 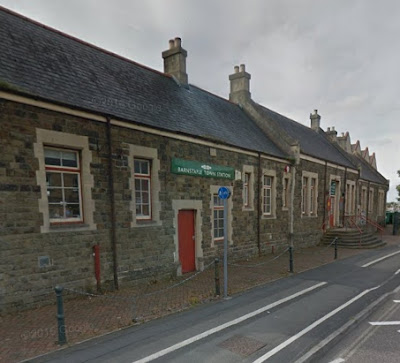 "Round the back" there is even a tiny bit of platform canopy! 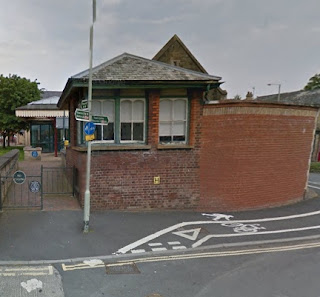 One of the most obvious chunks of nostalgia along the route is the Chelfham Viaduct. 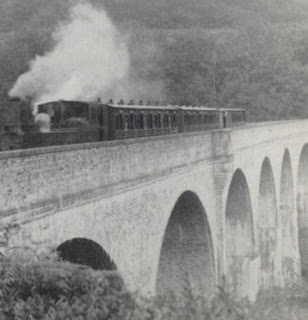 In 2000, the viaduct was extensively restored, including the fitting of a waterproof membrane to the deck, improvements to rainwater drainage, and restoration of the parapets, leaving the structure once again ready to carry rail transport. The project was funded by BRB and the Railway Heritage Trust. The Lynton and Barnstaple Railway, which owns the nearby railway station ... 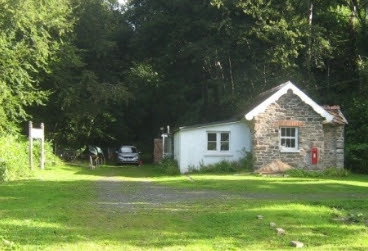 ... helped fund the restoration of the parapets and the upgrading of the waterproof membrane as part of long-term plans to reopen the line.

But it could be some time before trains run over the refurbished viaduct once again. 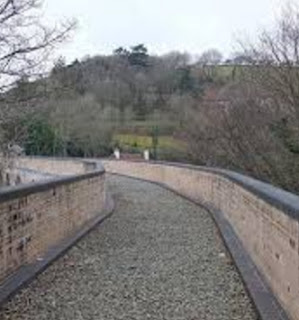 There is a long, long way to go. 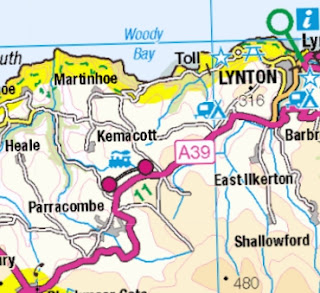 There was discussion amongst the fbb gang as to whether this visit would be of interest to the ladies (Mrs fbb and chum, Julia). Or would they wait in the car while your exploratory author chuffed up the line and back in less than 30 minutes?

Even fbb was unsure about whether he wanted to pay £6 for such a short hop trip. There was in-car apprehension as the fbb limo trundled from the delights of the cliff lift towards what might have been a ferroequinological damp squib! It certainly didn't look much from the A39. 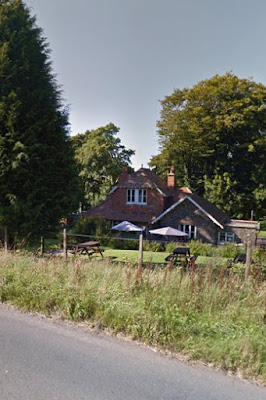 How wrong fbb can b!

Next Lynton blog : Tuesday 23rd May
Posted by fatbusbloke at 02:00