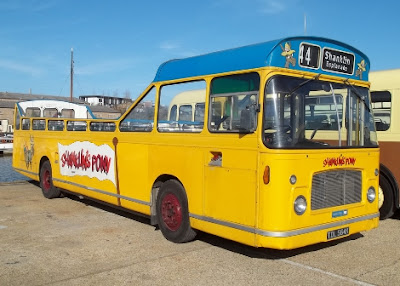 The bus was bought by the affable and enthusiastic  Derek Gawn ... 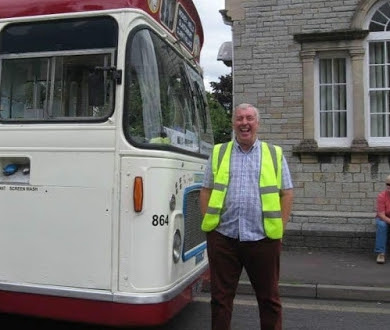 ... and for the last couple of years it, and its fellow double decker, had been operating various open top tours based in Seaton.

(click on map for an enlargement) This year, route 124 operates a simple service from Beer via Seaton and  Lyme Regis  to just beyond Charmouth. Buses turn at Newlands Holiday Park at Charmouth. 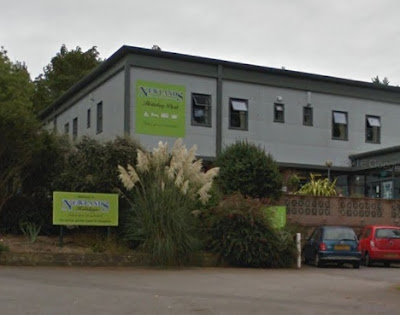 Apparently the "tun" at Newlands is quite exciting.

The service for the late May holiday week is every day and hourly. 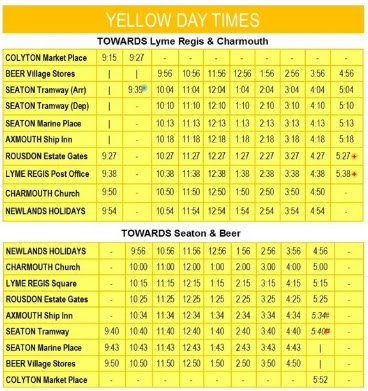 So off trotted ffb yesterday to see the two vehicles on their way. The 0940 from Seaton to Beer was the former Pony, now liveried as the Mendip Mule. 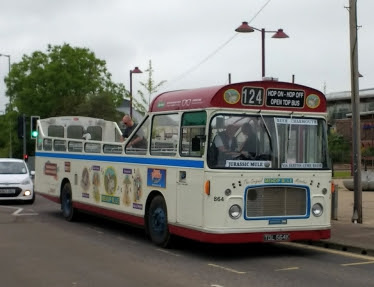 The bus had a crew of two, Mike Rogers and his partner Bev, 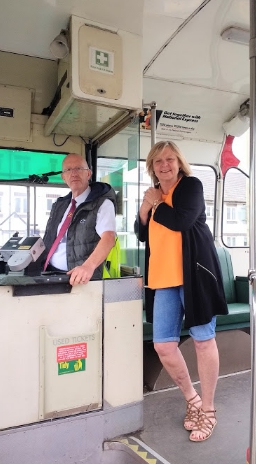 Derek reported on his Facebook page that he was "running a bit late" with delivering leaflets to Tourist Information Centres etc., so there was nothing around at Seaton. The service has received some good publicity in the local press, but nothing speaks more than the vehicles themselves and a heap of leaflets in the hands of a good on-street salesman.

But, surprisingly, three passengers turned up for the first, two of whom had obviously planned their ride and one who just happened to be in the right place as the bus chuntered happily at the Underfleet stop.

One such passenger was Luke ... 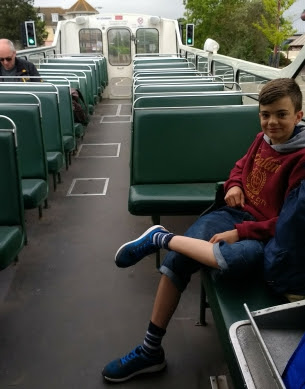 ... here on the right, who proudly clutched an "all season free pass" for the open top operation. He had arrived, splendid enthusiast that he is, to ride on the first bus of the season. Driver Mike explained that Luke had been very helpful in setting up this years timetable and the lad was certainly very knowledgeable.

He was riding to Beer on the 0940 and back to Axmouth for 1018. There he would await the second bus on yesterdays schedule which fbb confidently expected to be Derek's second vehicle, the VR. 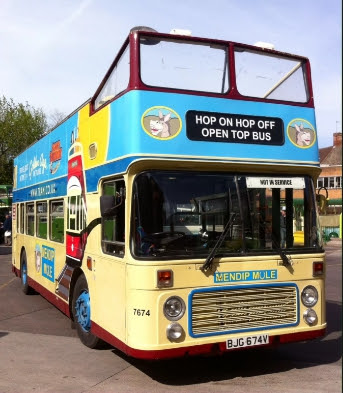 But it wasn't. Young Luke caught the 1034 from Axmouth and gave fbb a cheery wave as he arrived back in Seaton for the third time.

The bus was oddly adorned ... 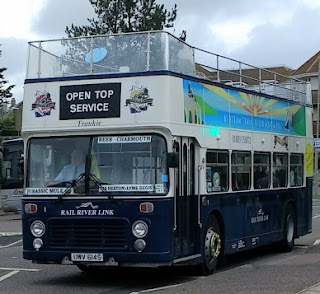 ... carrying the livery of its previous owners ... 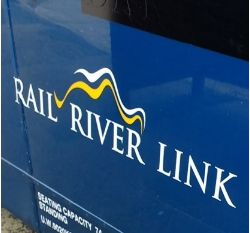 ... part of the consortium that runs buses, boats and trains between Paignton, Totnes, Kinswear and Dartmouth. The legal owner is now ... 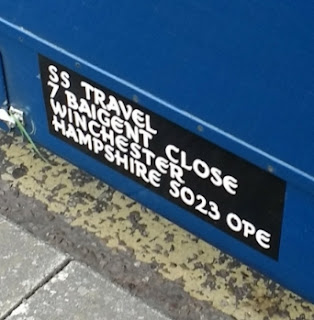 ... but it was driven by a gent (whose name fbb forgot to ask) who works for a coach company in Cornwall but used to be something fairly important at Eastern Counties. Before its reign on River links, the bus was with Stagecoach Devon. 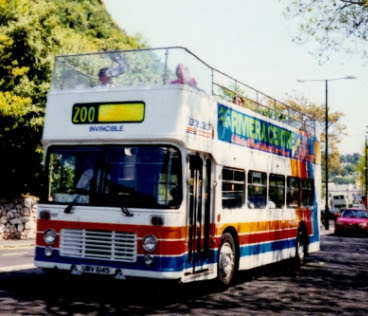 Sadly, today at 0940, it Invincibly carried only one passenger, he of the free pass, namely the likely lad Luke. Upon arrival at Seaton, he nipped smartly upstairs and was equipped with back pack and, presumably, lunch, ready for a laborious day enjoying bus rides.

And the weather improved somewhat with bouts of glorious sunshine.

fbb wishes Derek well with his enterprise; once he gets his publicity right he deserves to do well.

fbb and Mrs have guests later in the week and so there should be a top deck foursome to swell the coffers; it's a tour, not a schedules bus service, so old crusty passes are not valid. Prices quoted are for a days "hop on, hops off" deal which compares very favourable with paying separate bus fares. 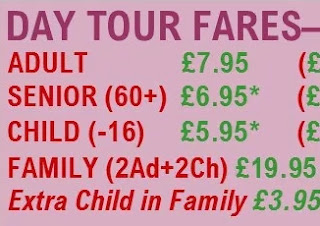 But not favourable if you possess a pretty pensioners pass!

After the hopefully successful and lucrative half term holiday week, Del-boy will be running a one bus service (every two hours) Monday to Thursday only. 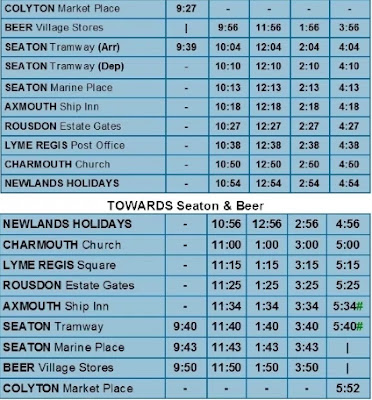 This will operate until late June when the two bus schedule re-appears enhanced by even more trips in the peak school summer holidays.

If you are down this way, please sample Derek's wares; you will not be disappointed. The fares are good value by today's standards and you will get a jolly commentary to enhance your enjoyment (?).

By the way, before a nit-picking anonymous has a go, fbb has no financial interest in the Mendip Mule operation whatsoever, He is merely an enthusiastic supporter and occasional passengers.

But fbb has to pay!

But it is good to meet a youngster who has interests beyond computer games and mobile phones.


Next mixed bag bank holiday blog : Monday 29th May
Posted by fatbusbloke at 02:00