On The Way, By The Way

It was John, a regular at the fbb's church Wednesday "drop-in" that set the ball rolling. He had spent some time in Minehead and was full of effusive recommendation of his chosen B&B, of which more anon.

There was a small port at Minehead by 1380, which grew into a major trading centre during the medieval period. Most trade transferred to larger ports during the 20th century, but pleasure steamers did call at the port. Major rebuilding took place in the Lower or Middle town area following a fire in 1791 and the fortunes of the town revived with the growth in sea bathing. There was a marked increase in building during the early years of the 20th century, which resulted in the wide main shopping avenue ... Many will know the town from their visits to a certain well-known Holiday Camp. 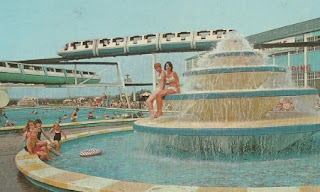 fbb has never stayed at a Butlins ... 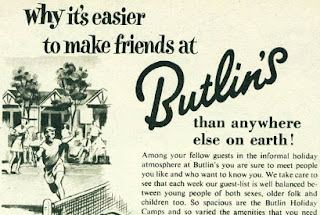 ... and is never likely to do so; but the Minehead site opened in 1962, was renamed Somerwest World in 1987 and rebranded again in 1999 as Butlins Minehead Resort.

The town's main bus operator is Buses of Somerset ... 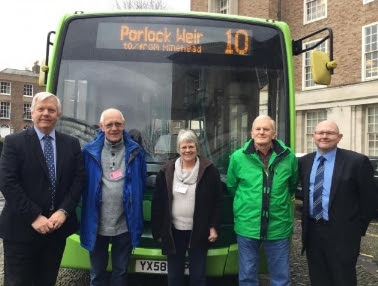 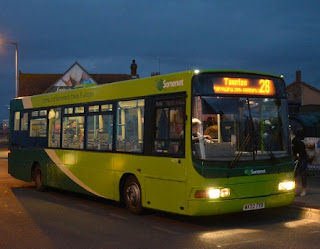 ... to Taunton, The 15 is a run mainly for students at Bridgwater College. Some time back, fbb also looked at the community bus to Bridgwater, run by the EDF people from the Hinkley Point C Power station.

The fbb's route was via Honiton, Cullompton and Tavistock, north up the Exe Valley ... 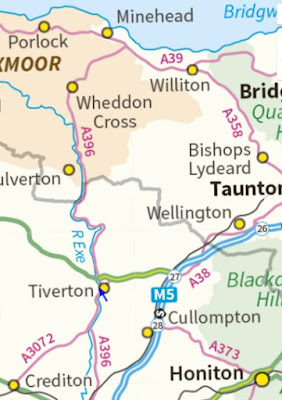 ... then via Wheddon Cross. It rained. All the way.

Luncheon was taken at Tiverton bus station (where else) in the delightful Elsie Mays. 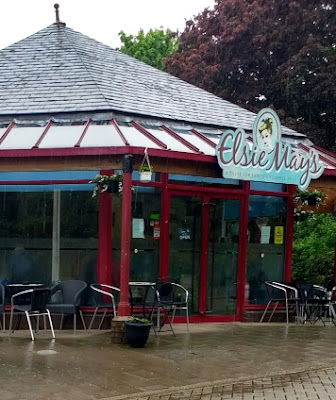 fbb's meal of choice ought to have been a modest omelette ... 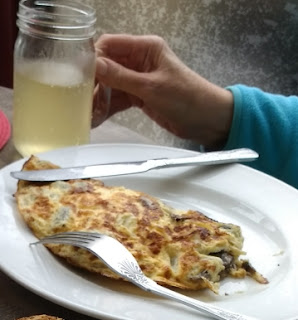 ... but the desperate (?) need for sustenance for the long and rain spattered drive led to something a little more substantial. 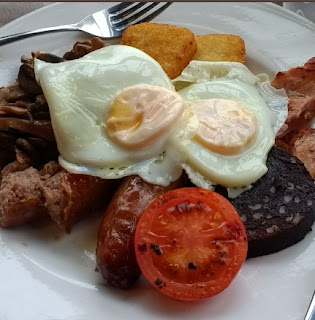 Only about 10,000 calories! Whilst Mrs fbb completed her meal (the omelette!), fbb had a few precious moments to re-visit the bus station. Read fbb's previous comments (here).

All was relatively unchanged with Stagecoach providing the most stylish and well-presented service 1 (etc) to Exeter. 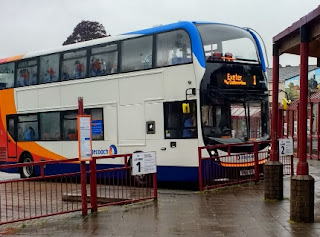 fbb's complaint about the poor departure display for Buses of Somerset has been resolved. The pages have been removed! In their place is what appears to be a dramatically improved service of "buses from this stop". 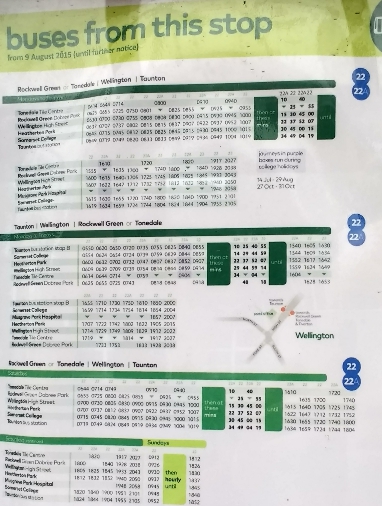 In fact NONE of the above buses leave from "this stop". The 15 minute frequency runs from Taunton to Wellington ...

... not quite making it to Tiverton. 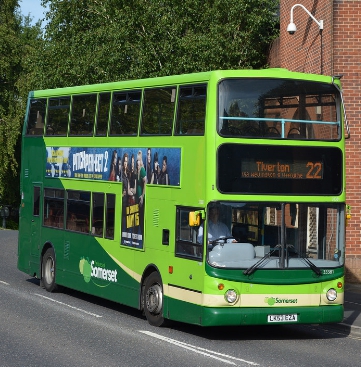 The limited all-the-way service is shown at the bottom and does leave from "this stop."

"Jerry, when you've got a minute, nip down to Tiverton and put a 22 timetable in the frame at the bus station. Some annoying old codger has complained about the stuff we've got there."

"Thanks Jerry; Tiverton's a long way away; have a couple of days off in lieu." 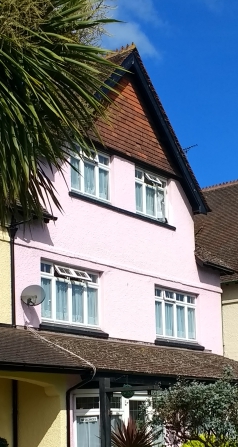 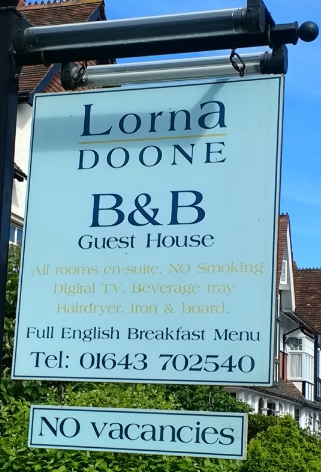 ... on the very day that the BBC was filming the Antiques Roadshow at Minehead Railway Station. 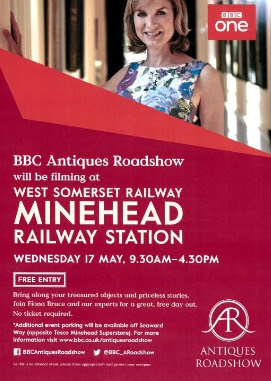 Next Minehead blog at Lynton : Saturday 20th May
Posted by fatbusbloke at 02:00