How to Improve Punctuality -
Stop Running Trains?
For reasons that are unclear, fbb is on a mailing list from Southern, the beleaguered operator of the bit of Greater Thameslink that once was the London Brighton and South Coast Railway. 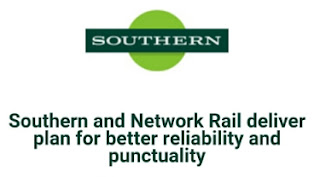 And how are they going to do it?

And current (lack of) arrangements for Gatwick Express passengers remain in place.

And when will this bring better reliability and punctuality?

Until the next problem?

How To Cut Costs on Little Used Services.
Our Northampton correspondent offers this solution:- 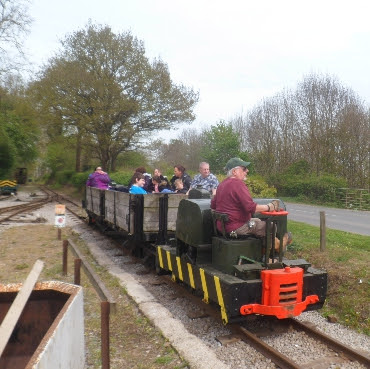 The mysteries of Twitter are unfathomable; but the deep throat Twit computer keeps sending fbb some beautiful train pictures which are worth passing on. This one shows, in atmospheric monochrome, a "demonstration" freight train on the delightful Bluebell Railway. 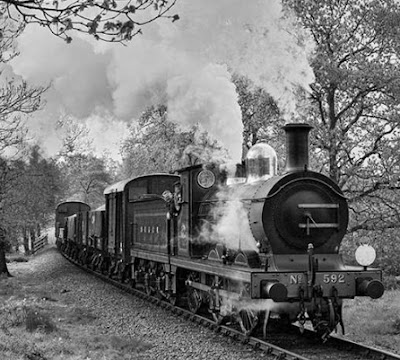 At about the same time, deep throat sent fbb some gorgeous piccies of the Vale of Rheidol Railway. Once British Railways' only narrow gauge passenger line ... 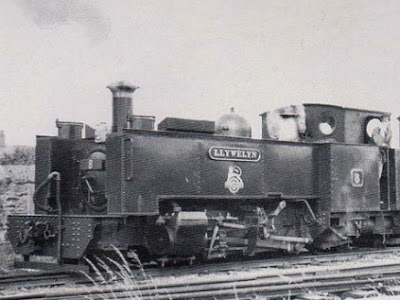 ... and in latter years of nationalised operation offering the incongruity of corporate rail blue and the BR "double arrow" logo. fbb visited the line in 2013 (read again) when the weather was very Welsh!

The Twitter pictures are in very untypical bright sunshine. 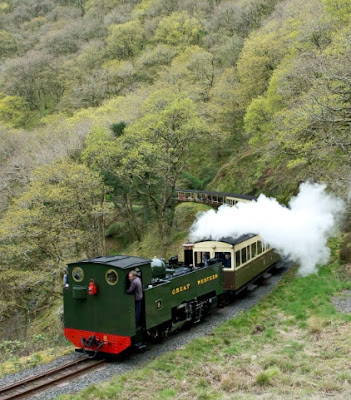 Next is the train steaming unrequested through the Rhiwfron request stop. 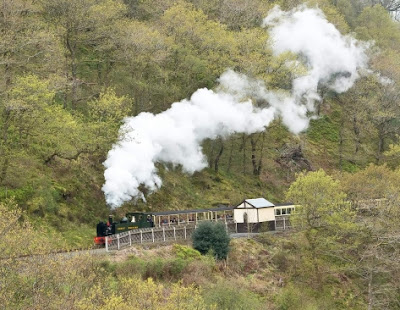 Here is Rhiwfron on the map (unnamed but upper left) one request stop short of the Devils Bridge terminus. 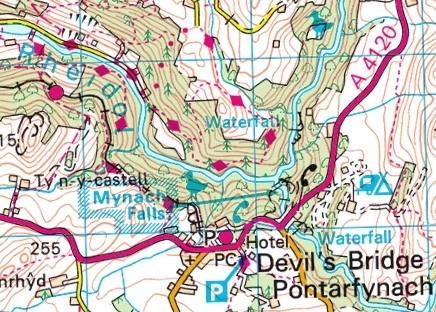 But the lovely loco is a joy to behold, especially in the sun. 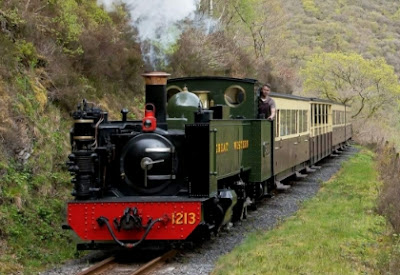 Why is it that bus company web sites seem unable to highlight diversions for road works whether planned on in an emergency. The "National Rail" web site amends journey planners and adds informative notes all round.

Here is Travel South Yorkshire with a huge list in no discernible order.

Some of these are short term and very local, but others are more significant. One of these takes three busy routes away from their tradition city centre stops for several weeks. Services 1/1A, 7/8/8A and X1 will no longer serve Arundel Gate from this weekend.

A certain App and web site (explore here), which at least one comment write thinks should not feature in an fbb blog, had amended its timetable list ... 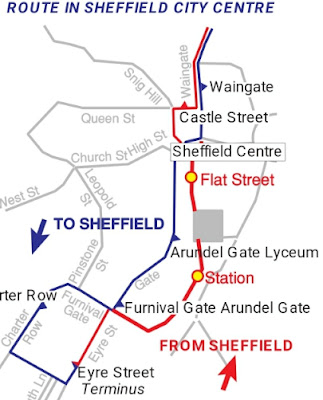 But one piece of good news from Sheffield is that the diversions from May 8th have been incorporated into the journey planners.

Of the three blocks of services that have changed, only the 7/8 group have had amended timetable issued. 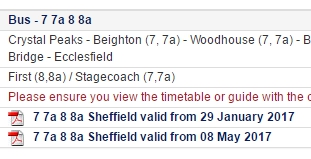 Maybe the rest will appear later this week? After the change, of course!

Sadly, there is no mention of these May changes on the forthcoming timetables page. 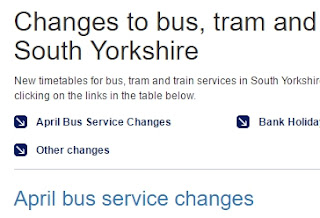 Updates Up Top Update
Thanks to Anonymous for this link sent to yesterday's blog. A picture of a First Bristol etc. converted open top for service 20, Weston super Mare to Burnham on Sea. 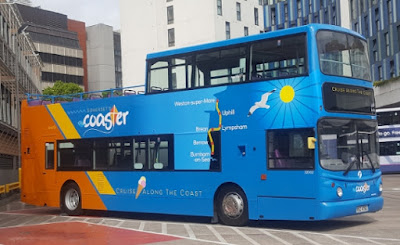 Selected journeys (one bus duty?) are advertised as OT from 30th April. 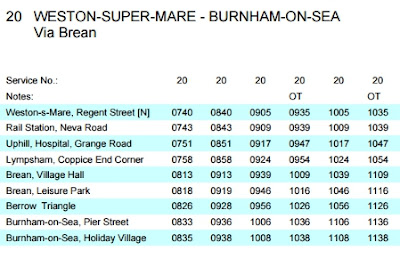 The route was formerly Buses of Somerset service 21. 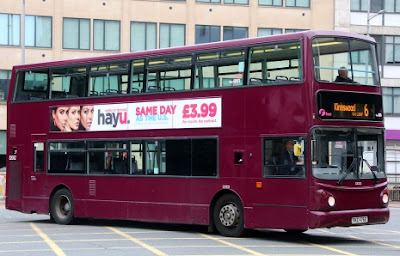 ... and the Irish registration plate used to be on this:- 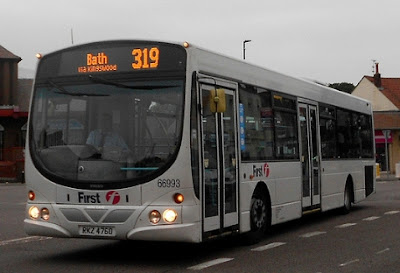 Before becoming purple, the double decker (Fleet number 32002) used to look like this. 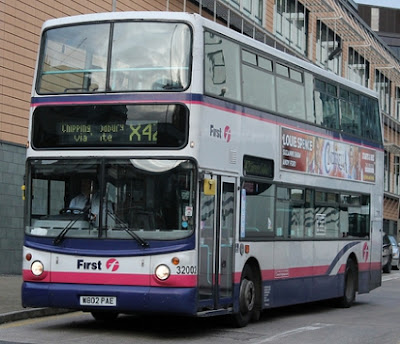 The later livery was the remains of the vehicle's use on the Uni (U1) service in Bath. 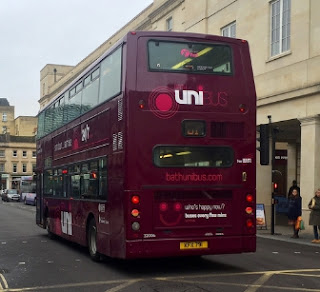 Most of this batch were given "dateless" registration plates.

Tomorrow, answers to last weekend's quiz. If you missed it:-

One of our regular correspondents admitted that he managed to answer TWO correctly.

Quiz answers blog : Sunday 7th May
Posted by fatbusbloke at 02:00