The North Somerset network of First Bus routes underwent a number of changes from the end of last month. fbb ("O mea culpa") has not punctiliously followed the progressive route and route numbering development in the area; but was duly impressed with the new-look publicity.

It was not at all easy to find.

The banner headlines on the "Bristol, Bath and the West of England" web site gave no clue as to the recent changes. 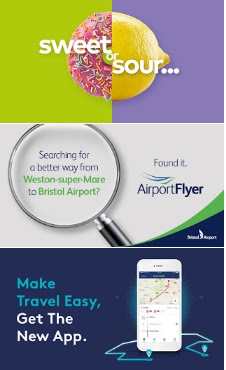 The smaller sub-heading graphics added the Mendip Explorer logo to the mix ...

The only "home page" source of these changes is via the Timetables search where, by inputting a location, you can, at least find the bus routes that go there. 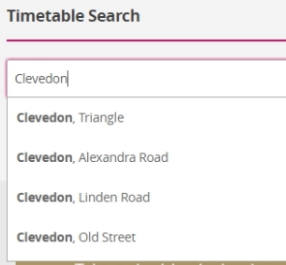 You would, of course, have to know which is the "common stop" in Clevedon in order to get the gubbins to list all the timetables for that town. 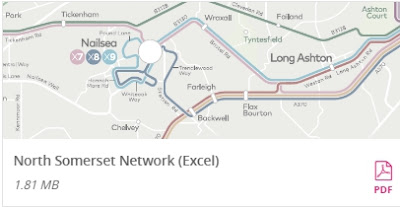 ... the word "Excel" appears. The "network map" then reveals the core of the publicity - at last.

You no longer Express Yourselves ...

The name is familiar to bus watchers as the name given to premium services between Norwich and the coast, where it is one of the longer-lasting First brands. 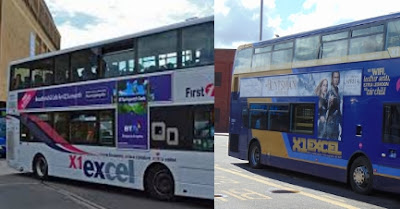 But you have to delve deeper to find the full delights of the re-jigged North Somerset network. Go to "route maps" and scroll around ...

... to find, for example, the route map for the Bristol to Clevedon routes. But you actually get much more than a map. 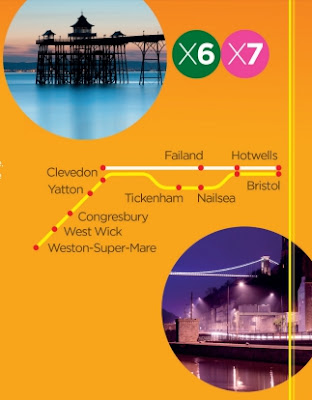 You get an 18 page PDF leaflet! With powerful orange branding for Excel. 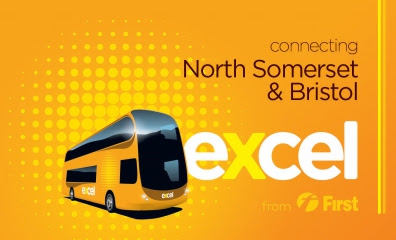 You get an advert for the new open top offering on service 20 ... 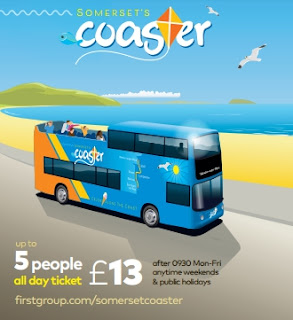 ... and a similar promotional page for the new Airport Flyer from Weston-super-Mare. 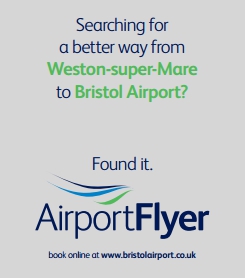 But great Delight No 1 is the selection of maps. First there is the network map as discovered above ... 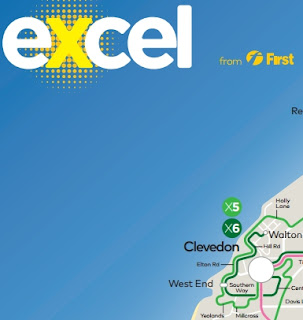 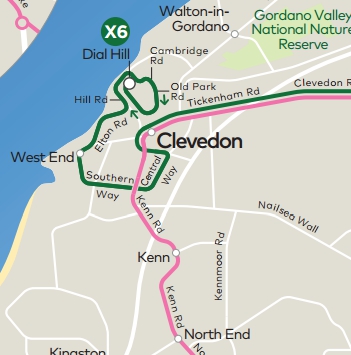 This has inset enlargements for the X7 at Weston-super-Mare ... 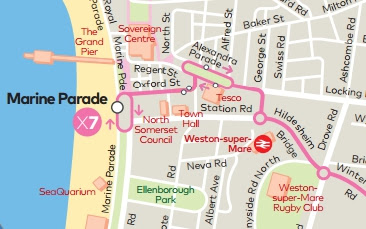 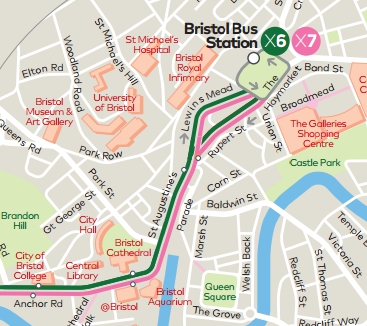 But the First Bus icing on the cake is Delight No 2, the apparently well presented timetable ... 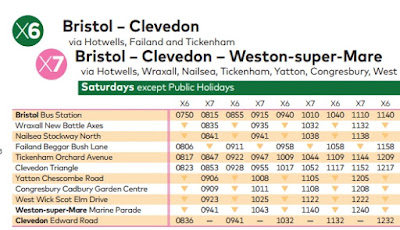 At first glance this leaflet has everything the customer could possible want in order to plan and execute their journey in confidence. 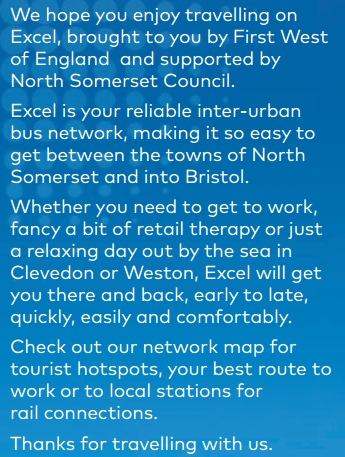 Such a pity we are not told how much it costs - no fares information is provided.

So we'll take the car and hope parking is not too pricey?

But is this publicity as good as it could be? And where are the orange buses?

More Daftness from DaFT
One sorry snippet about the service 20 open top is revealed in the First Bristol (etc) staff newsletter, edited by boss James Freeman himself. 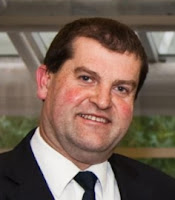 Frustratingly, the two “cabriolet” open-toppers at Weston for the Coaster 20 route are still becalmed and unable to go into service while we wait for the DaFT (Department For Transport) to issue a special authorisation for the absence of upright poles in the open-top section upstairs! It’s all just a formality and officials are attempting to “rush it through” (as they acknowledge it was their error) but ministry rushing isn’t perhaps quite the same thing as running for a bus!

Look! No outside poles! 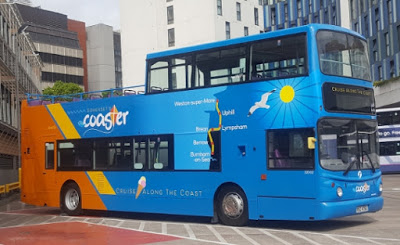 And A Piece Of Not Too Nostalgic Nostalgia
Longer-tern readers of this blog may remember that Clevedon used to have a route X7. It was operated by Greyhound Buses in competition with First. 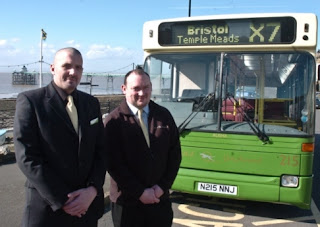 Greyhound was forced to change its name by First who claimed ownership of the brand. First then improved their Clevedon route creating a half hourly X6. 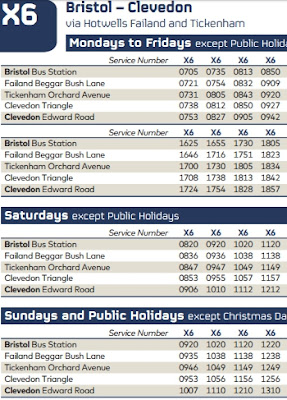 The competitive X7 soon vanished. The X6 became X6 and X6A last September, the latter being extended and renumbered X7 from the end of April 2017.

Next Excel blog : Thursday 18th May
Posted by fatbusbloke at 02:00