One That fbb missed?
Possibly because it hasn't quite happened yet! But first, some background. 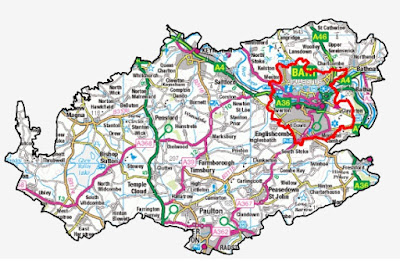 Banes (more correctly BaNES) is the county of Bath and North East Somerset. It stretches from the delightfully named Nempnet Thrubwell (really!) in the west to Freshford in the east, and from Keynsham (spelt K E Y N S H A M!) in the north to Midsomer Norton in the south. (click on the map for a slightly larger map view)

Avon county, created in 1974, was formed from parts of the historic counties of Gloucestershire and Somerset, together with the City of Bristol. In 1996, the county was abolished and the area split between new unitary authorities: Bath and North East Somerset, Bristol, and South Gloucestershire.

But, to add to the confusion, the coastal bits to the west of BaNES are part of North Somerset, another and separate council. BaNES is under the diktat of the new Bristol "Metro-Mayor" (hooray?) but North Somerset and the important coastal commuter towns ... 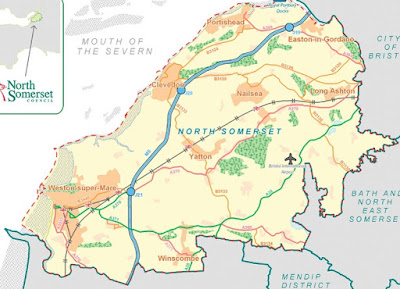 ... isn't. Seem potty to an outsider, but who can fathom the ways of those mysterious men in dusty basements who draw local authority boundaries?

Bit it is to the fiercely independent North Somerset that we must go to reveal a new block of First Bus branding; more correctly at this stage First bus route branding. 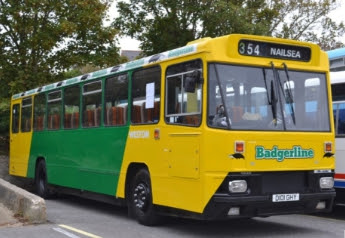 ... and First, routes to the coastal towns were complex and tricky for an outsider to fathom. Thanks to the interwebnet, fbb has discovered a useful (?) list which he has simplified, for the time being. 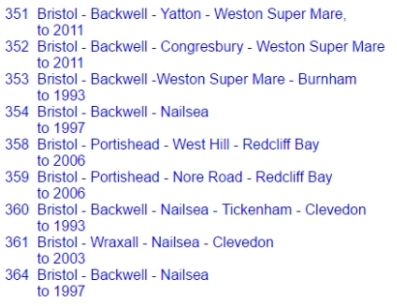 Of course it was never quite as simple as the above. as our man in Bristol (Paul) says in his helpful email, "bus routes and their numbers are almost unfathomable"! 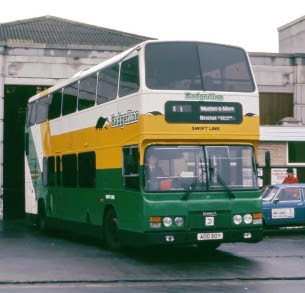 But in recent years things have slowly changed

Paul has a point!

Next on the scene comes more X routes, new vehicles and the beginnings of rebranding ... 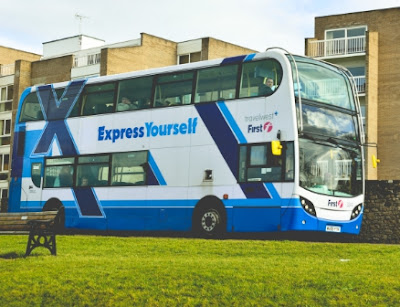 ... encouraging us all to Express (Y)ourselves. By April this year First had created the following network.

X3 and X4, the latter renumbered from X2
Portishead

X8 and X9 (where Abus runs some X8s disguised as First!)
Nailsea 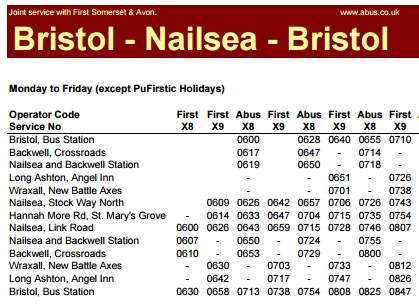 As an aside, Abus still shows the old timetable on its web site. Things have now changed.

X7 is used for the service from Bristol to Newport, South Wales which used to be X10, X11 and X14.

Apologies to Bristolians and Norther Somersetians if this is an incomplete picture.

So what has changed?

X6 and X7, Clevedon
X7 is the old X6A extended via Congresbury to Weston super Mare 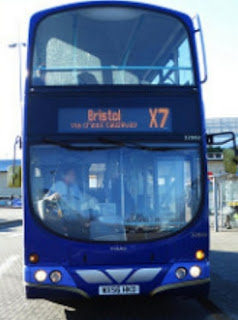 ... is unnumbered and carries just the route name Severn Express. 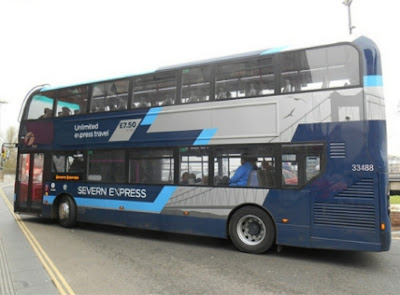 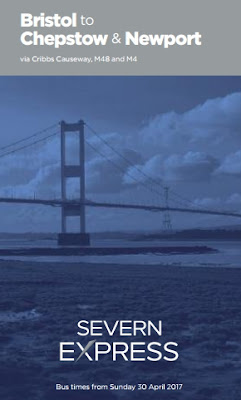 ... with a powerful message. 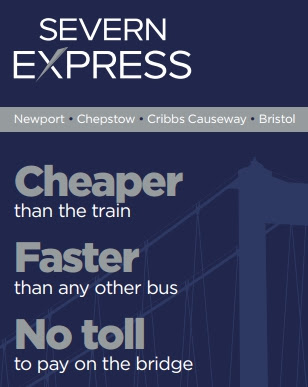 The service runs hourly Monday to Saturday until 1745 (Chepstow only) ...

... with five trips on Sundays. The timetable index shows it as route number 7XP, Seve(r)n ExPress!

Back in North Somerset (virtually) we can see how a brand new brand is applied and provide a bit more detail about how the network works.

That is for tomorrow.

Peter was impressed with some marketing from Stagecoach's SouthWest Trains. 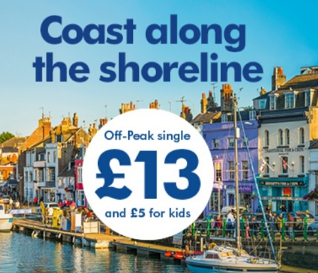 The associated blurb caught his eye.

Peter comments, "even our enjoyment has gone metric!"