fbb's Been To The River Lyn

fbb's first visit to the twin communities of Lynton and Lynmouth was in 1955 when memories of the disastrous floods of three years earlier were still raw. 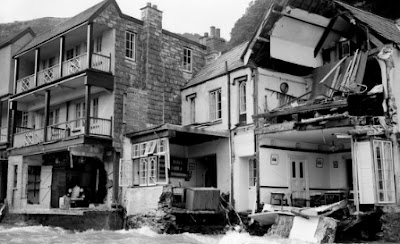 The journey, from Colyton, was in dad's motor, FBM 770. On Thursday last, the approach was also by limo from Seaton via the B & B in Minehead. There is no public transport link except in peak summer, hence the car. A brief stop was made at County Gate ... 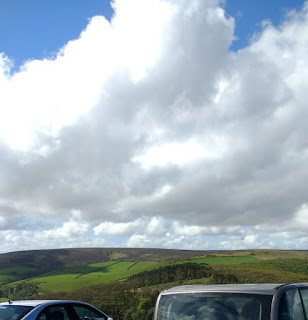 ... to enjoy the view and make use of the "facilities". There in a frame on the convenient conveniences building was a bus timetable - shock horror! 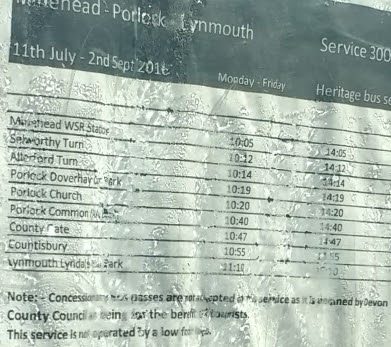 This service 300 operates Monday to Friday from 11th July to 2nd September but sadly this was back in 2016. Bah! Missed it!

Were fbb transported back to 1902, he could have taken a Great Western Road Coach (four horses) between Minehead and Lynton or Lynmouh. 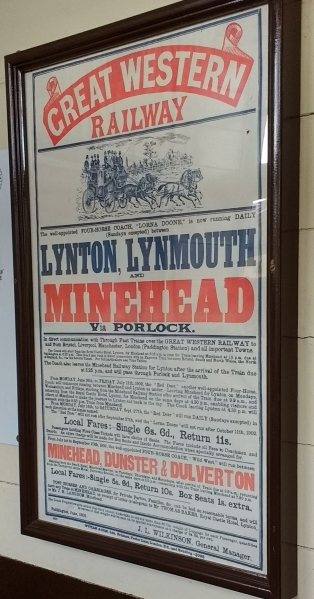 The single fare, you will note, is six shillings and six pence. This inflates to about £40 today. Perhaps if passengers were prepared to pay such a sum in 2017 there might be an all-year-round bus service?

Why might wealthy holiday makers wish to undertake the relatively perilous journey in 1902; indeed what might have stuck in the memory of a 10 year old pre-fbb? 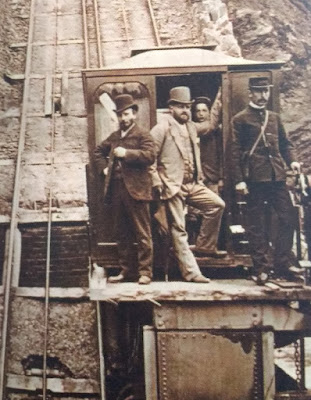 Both may well have enjoyed a ride on the cliff lift.

London publisher George Newnes (who had a Summer residence in Lynton) ... 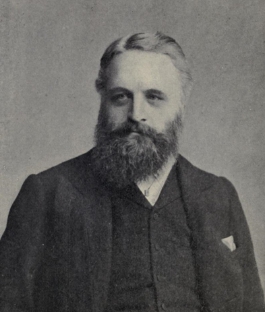 ... was one of the local illuminati who promoted the scheme to link the town on top of the cliff with the developing resort and harbour at sea level. The rudimentary road linking the two communities was often impassable; indeed Mr Newnes is pictured below taking his car on the lift with the passenger cabin removed to make it possible. 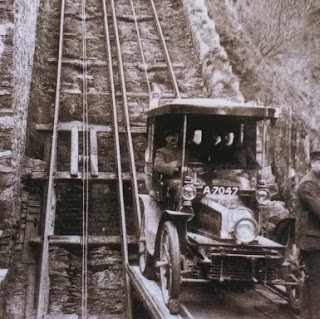 Some on-line accounts suggest that this was not just a promoters privilege, but was available to anyone who had both the vehicle and the means to pay.

Other accounts report that, after the floods in 1952, the body-less trucks(s) were again used to rescue motor vehicles as escape was impossible due to the damage dome by water to road. fbb could find no photographic evidence for this, but, no doubt, the distraught residents would not be particularly keen to record their distress.

The lift was opened with massive celebrations ... 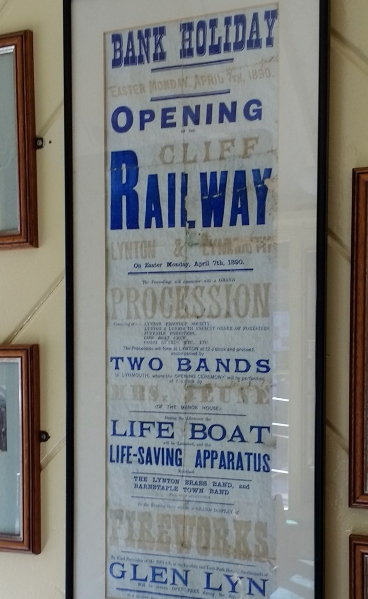 But the Lynmouth lift IS special; it claims to be unique - the only one of its type in the world.

You will have to wait until tomorrow to find out why.

In the meantime, and for the record, you can get to the twin Lyns by public transport. Take a train to Barnstaple and continue forward by bus. 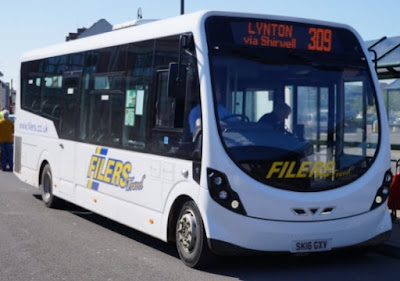 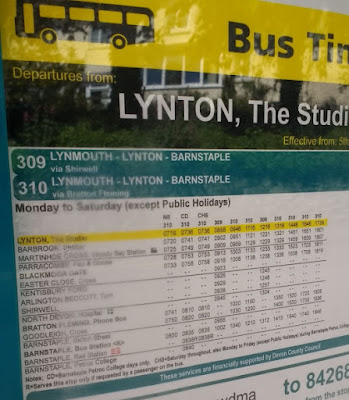 It is good that Devon publicises these services because, crazily, Filers themselves don't bother with any timetables on their web site.

The Devon Map fills in some of the detail. (click on the map to enlarge) 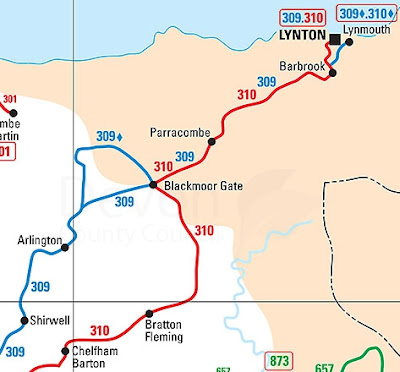 Next Lynton blog : Sunday 21st May
Posted by fatbusbloke at 02:00