fbb is grateful to his Northampton correspondent for these two pictures. Taken in 2007 (in the rain!) they show diesel hauled departures with borrowed coaches. The train is seen at Woody Bay ... 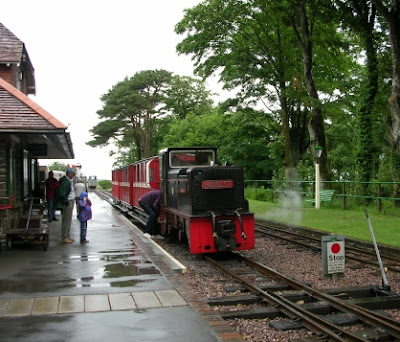 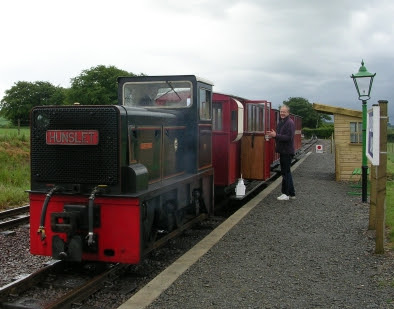 fbb has purchased the Middleton Press book on the line, now out of print. 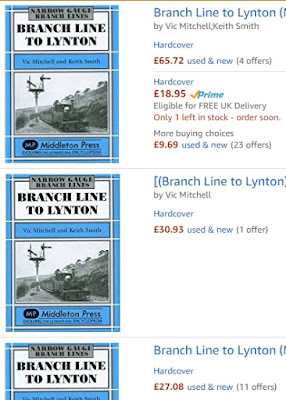 He did not spend £65.72 (sensibly), his copy cost £8 plus postage. Published in 1992, the book arrived from a time when any re-opening was a wild dream. Referring to the signalbox at Barnstaple Town station ... 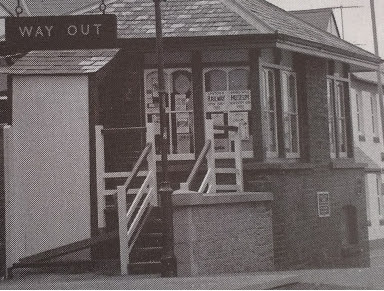 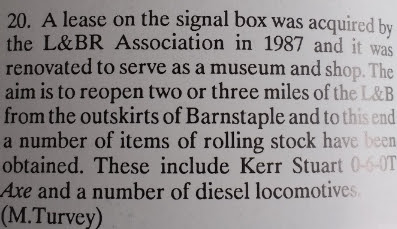 It's amazing what you can buy on EBay! Sheffield correspondent Roy sent this offer to fbb. 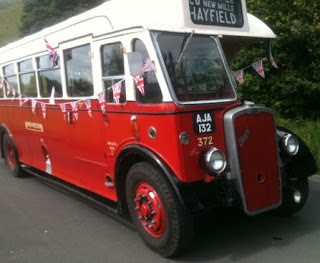 The vehicle's history is given by a Bristol enthusiasts' site as below.

The vehicle no longer appears on Quantock's site and the present owner is asking for £30,000. Sadly there is insufficient room in the fbbs' allocated parking space adjacent to their pad. The money might also pleasee a problem!

Here is a picture of the same bus operating with "Saddleworth Vintage Bus Tours", pictured to accompany a press article from July 2013. 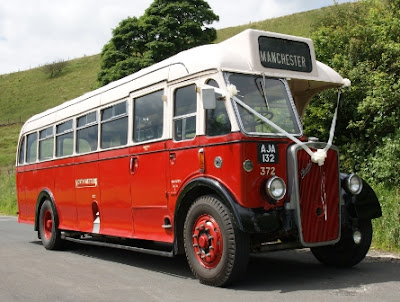 No Comment?
Our hearts bleed with those who suffered bereavement and trauma as a result of the Manchester horrors and the brainwashed extremism hurts something rotten. Clearly this posted on a Stagecoach bus passing through Seaton a few days ago predated the Manchester attack. 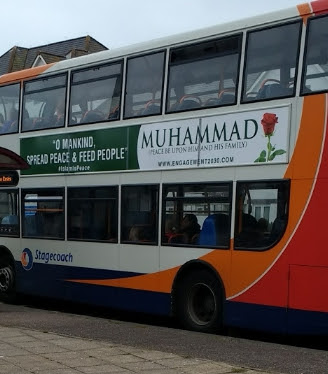 Floating, Failing and Floundering?
Our senior Isle of Wight correspondent has reported on the new Cowes to East Cowes Floating Bridge. 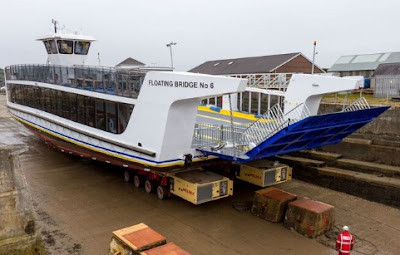 It's progress so far has been, to say the least, fraught. It broke down twice in the first week of operation leading to the farcical video on-line of passengers removing shoes and socks and paddling the few feet to dry ground. 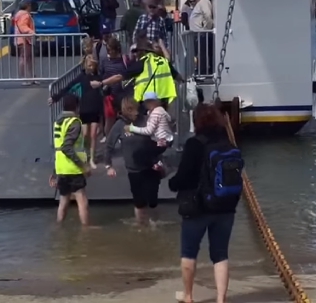 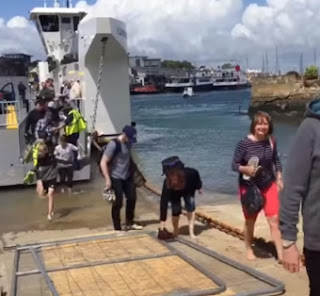 The ferry is currently suspended. 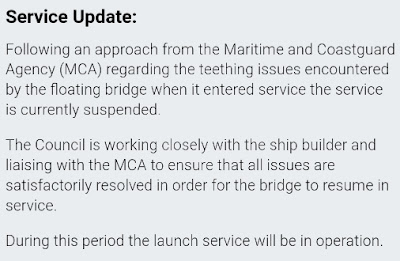 Yesterday afternoon, fbb took a look at the vessel via a local web cam. At 1709 the empty boat left the West Cowes slipway ... 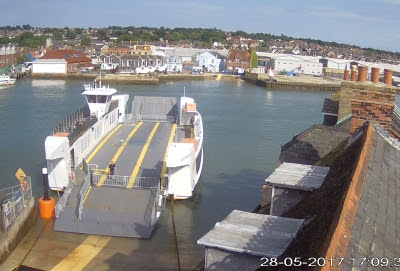 ... and chugged off towards East Cowes. 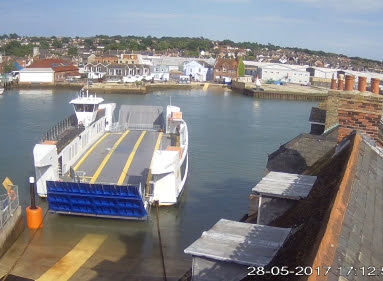 But short of the opposite terminal it stopped (at 1717). 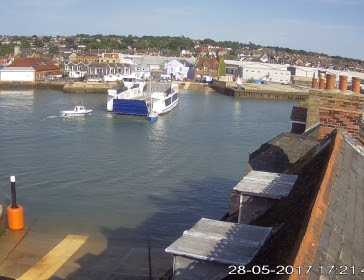 A little launch bumbled around the back end as if trying to see what was wrong. At 1900 ... 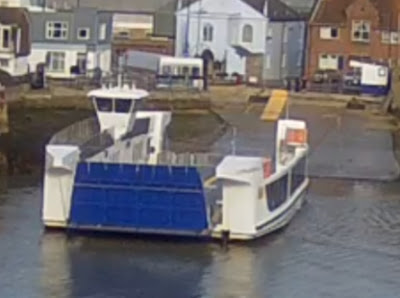 ... it remained, parked and very dead, just short of the East Cowes ramp. Whether the driver and his fireman were still aboard, stranded for the night, it not known for certain. But they may have been picked up by the launch.

Maybe they had to wade back?

The project has cost Isle of Wight residents £4.6 million. Opinions on value for money were not printable! The old ferry was withdrawn in January last. 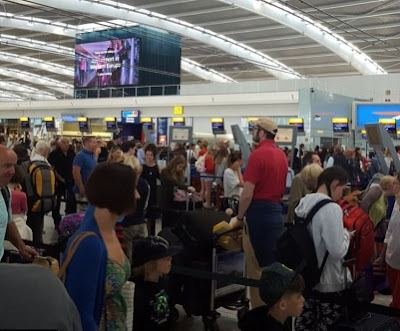 ... seems to have spread to Seaton. The fbbs' laptop was behaving badly later on Saturday and all day on Sunday. The old man's email thingey has been declining to download pictures from the communications of our correspondents. The above blog took most of yesterday afternoon to create using lump hammer, pneumatic drill and a small tactical nuclear device.

Until the problem is resolved, blogs may be incomplete or fail to appear at all.