Our Correspondent Let Loose in Switzerland

As is his wont, Alan (from Northampton) is currently on his travels, namely a railtour in Switzerland. A few pre-blogging years ago fbb and Mrs fbb also enjoyed a "Great Rail Journey" to the land of watches and mountains. (also small hats with feathers, leather shorts and very long booming trumpets? Or is that Tyrol?)

Both have visited Meiringen; the fbbs passing through on the railway between Luzern and Interlaken ... 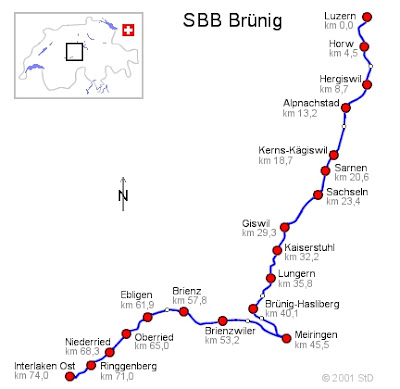 ... Alan for a more local visit. To refer to the Swiss Railway's Brunig line as narrow gauge might be considered misleading to UK readers. It is, indeed, metre gauge, so officially "narrow", but bears no resemblance to the little chugging steam lines as dotted about our home nation.

Seen below on plain and level track ... 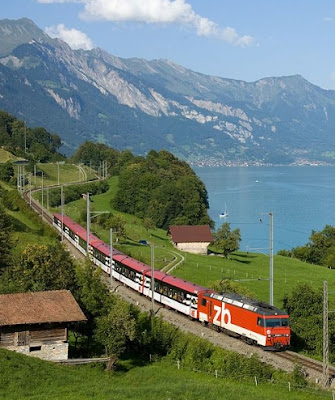 ... the trains lock on to rack and pinion sections where the route is steepest, notably over the Brunig Pass. 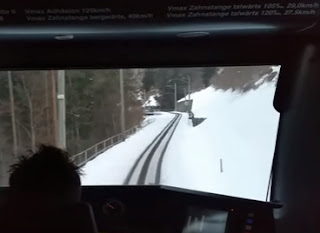 The line is part of the small Zentralbahn network.

The Zentralbahn is a Swiss railway company that owns and operates two connecting railway lines in Central Switzerland and the Bernese Oberland. It was created on January 1, 2005, with the acquisition of the independently owned Luzern–Stans–Engelberg line, and the Brünig line of the Swiss Federal Railways. The company has its headquarters in Stansstad. 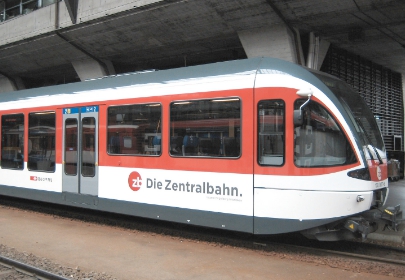 All trains have to reverse at Meiringen.

It has been claimed that meringue was invented in the Swiss village of Meiringen and improved by an Italian chef named Gasparini in the 18th century. However this claim is contested; the Oxford English Dictionary states that the French word is of unknown origin. It is true nevertheless that the name meringue for this confection first appeared in print in François Massialot's cookbook of 1692. 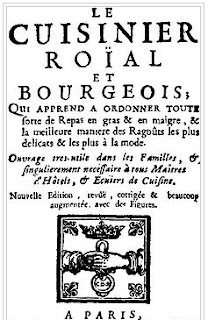 fbb does not know whether Alan enjoyed meringues whilst he stayed nearby.

Perhaps Meiringen's ultimate claim to fame is as the nearest town to the Reichenback falls where Sherlock Holmes met his end in his last great struggle with arch-enemy Moriarty. 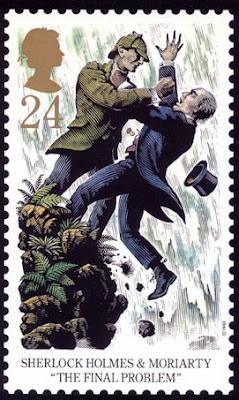 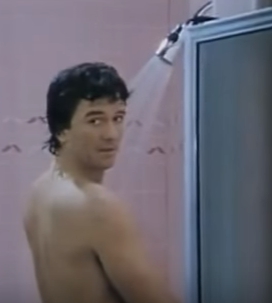 ... Holmes was "resurrected" in response to public demand; more likely the desire for greater financial gain by publisher/producer!

Back to the Swiss logic at Meiringen. 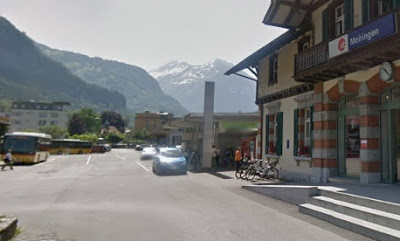 Here is the station forecourt with, as usual, the buses stoppong right outside the attractive entrance. 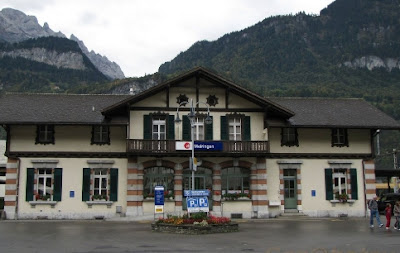 Nearby is a Sherlock Holmes Museum opened as recently as 1991 ... 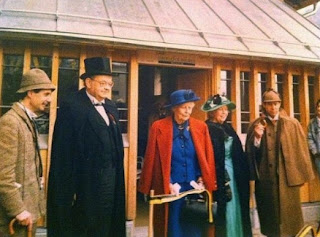 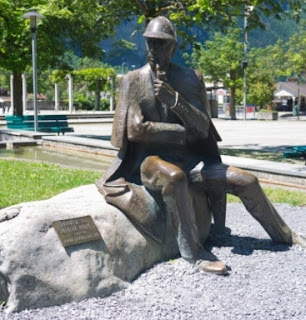 You can also find a familiar street name plate ... 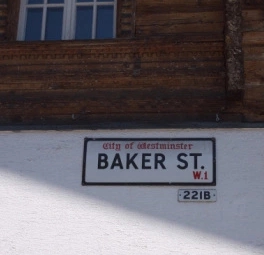 ... and catch a No 71 bus to the base station of the Reichenbach Falls funicular. 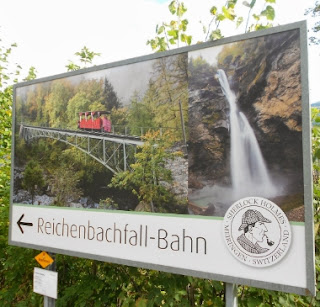 The funicular was opened in 1899, and was rebuilt in 1999 to the original design. Between 1912 and 1956, it was linked to Meiringen by the Meiringen–Reichenbach–Aareschlucht tramway. Today it is owned by the EWR Energie company, which operates the adjacent hydroelectric power plant, but is maintained by the neighbouring Kraftwerke Oberhasli company, which also operates several other lines in the area. 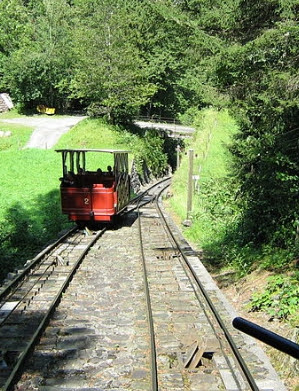 Here is a spectacular view looking down on the upper station. 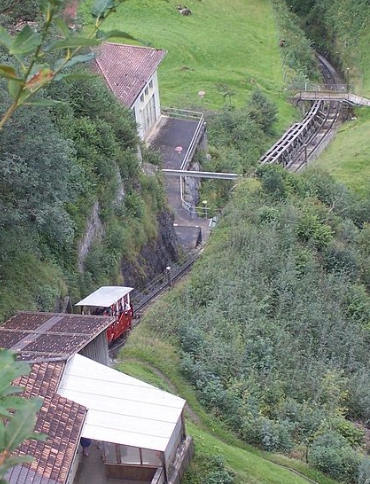 And there is a plaque commemorating the suicidal final battle between Holmes and Moriarty. 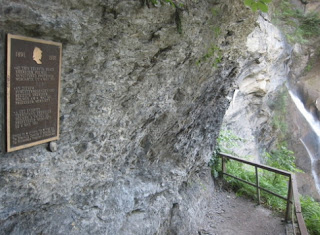 Did you know number 435? Holmes' deerstalker hat and Inverness cape were never mentioned in the books. They were an invention of illustrator Sidney Paget ... 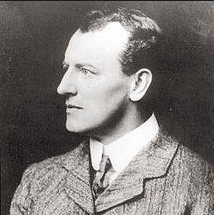 ... who penned the familiar drawings for "The Strand" magazine which first published many of the great detective's exploits in episodic form. But now and forever, Holmes exploits are re-enacted with deerstalker! 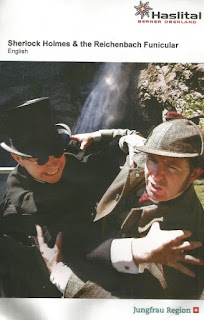 Useless fact number 546. fbb's father habitually wore a deerstalker in bad weather but, like the hat on Holmes habove, without the ear-flaps

Tomorrow we look at the Meiringen–Reichenbach–Aareschlucht tramway, amongst other things!

Next Meiringen blog : Sunday 2nd October
Posted by fatbusbloke at 02:00