But first, an apology. The comment on yesterday's blog and fbb's reply speak for themselves! 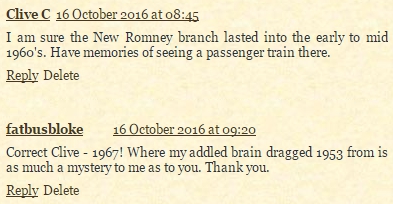 And now the last seven - plus one:- 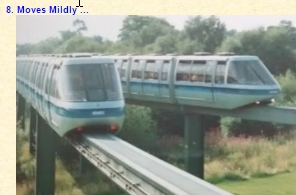 
On 13th August 1987 Alton Towers celebrated the opening of its new Monorail, with William Shatner (Better know to Star Trek fans as Captain Kirk) being present to launch the ride.
Some people may be wondering why Shatner was chosen for this occasion. Well prior to the current wacky train designs which run on the Monorail today ... 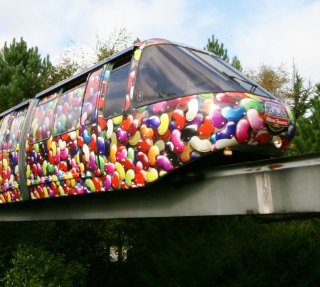 ... they were all painted in a futuristic grey and blue style, which each train being named after a planet in the solar system.

Although the system arrived at the park for 1987 it wasn't entirely new when the park acquired it. The trains had been in service for a short time previously at the 1986 Expo in Canada, and were shipped across the ocean to take up service in the Staffordshire countryside!

When fbb and family visited many moons ago, the (not quite so) old man found most of the rides too scary, much to the amusement of his sons! 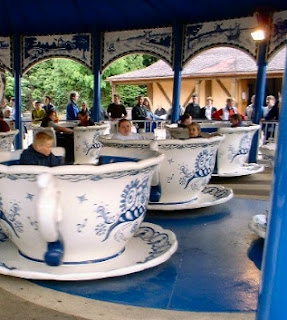 Even the teacups were regarded with some apprehension! 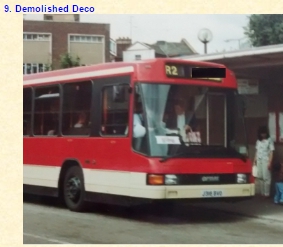 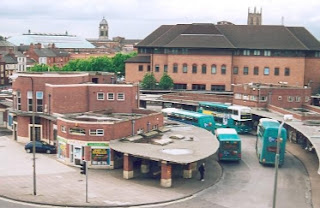 The bus is Trent and the "R" label was an early dalliance with route branding as part of a "Rainbow" network. 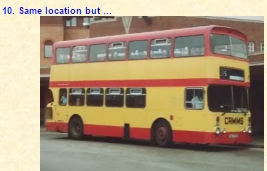 Camm's vehicle retained the colours chosen by the employee buy-out of South Yorkshire PTE; the "Mainline" name was removed. 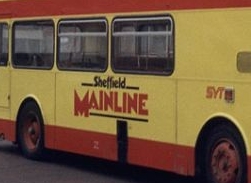 Then the SY staff sold out to First ... 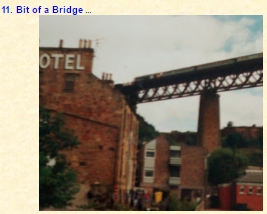 North Queensferry, the northern girders leading to and from the Forth Bridge; this is the more usual view:- 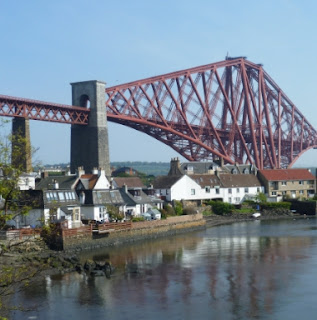 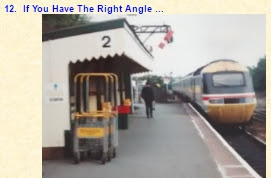 The sign on the Platform 2 shelter should read "Looe" trains and a walk along the platform reveals the departure point for the branch at right angles to the main lines. 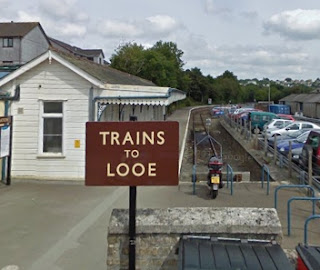 There is a link, of course, to allow units to escape for fuelling and maintenance. 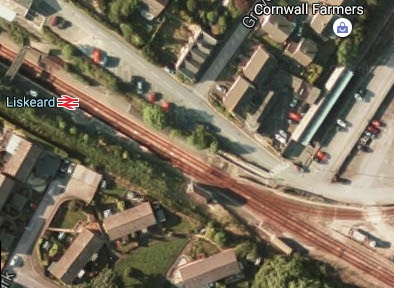 The branch platform is just below "Cornwall Farmers" in the above aerial view. 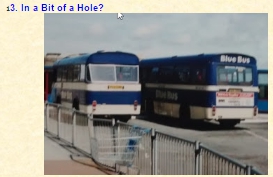 Blue Bus ran from Penzance to Mousehole (Mowzle) in "grudging partnership" with Western National. Thanks to a comment writer for suggesting a better phrase than "joint service". 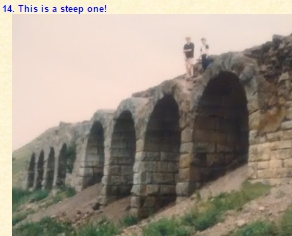 Disused kilns that were part of the Rosedale Tramway/Railway in North Yorkshire. Many years ago (again!) the fbbs and chums, both with families, booked a holiday cottage at the top of Chimney Bank, the terrifying 1 in 3 hill UP from Rosedale Abbey. 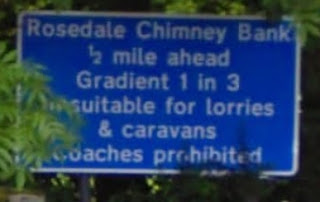 Family supervision and entertainment precluded a full exploration of this interesting industrial line; but maybe in a subsequent blog. The cottage, seen in the aerial view below ... 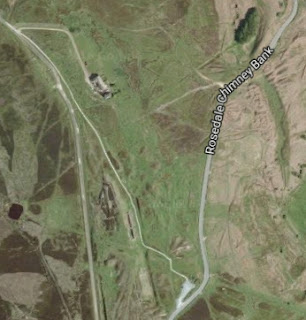 ... had no electricity and heating was by log fire only. The gently curved tracks (lower left-ish) are where the railway tracks used to run.

fbb remember the kite experiment. The cottage had an unusually large number of wire coat hangers for guests' use (over 100); so one day the dads decided to hang some on the kiddies kite in the form of a long dangly tail; you'll get the idea from this crude graphic.

Because it was breezy "up there", the kite accepted nearly two dozen before the string broke and the whole caboodle sailed away never to be seen again!

fbb always wondered what the lads at Fylingdales early warning station might have thought as this "secret weapon" appeared on their screens. 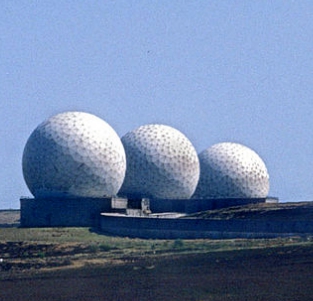 Well now - World War Three did not start. The golf balls are no more; having been putted into oblivion in 1992.

And the Blake and Mortimer Question. 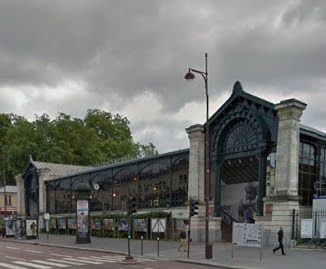 There is no "left bank" (rive gauche) as such at Versailles; the name, historically, describes the route and the bank of the Seine taken by the trains as they leave Paris. 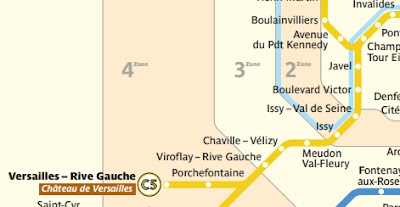 The other local ligne to Versailles runs from Gare St Lazare and takes the right bank route but is not part of the RER, hence not shown on the above map.
--------------------------------------
Traditionally, fbb keeps his more light-hearted blogs for weekend publication when more "general" readers are logging on. Tomorrow's tale of John Holmes and Sherlock Watson will form an amusing  (?) introduction to yet another electronic information challenge close to home for fbb.