The Swiss are famous for watchmaking, cheese, neutrality, an integrated transport system and digging tunnels. Which brings us, naturally (?), to the MIB - The Meiringen Innertkircken Bahn. This little line, which caught correspondent Alan's fancy big time, is nowhere near as famous as most of the country's lines.

Probably because it is not a mountain railway; in fact it is very flat indeed.

It owes its existence to another of Switzerland's specialities, namely hydro-electric power. Two such schemes are located at Innertkirchen, a few miles along the Aare valley from Meiringen. No 1 dates from 1942 ... 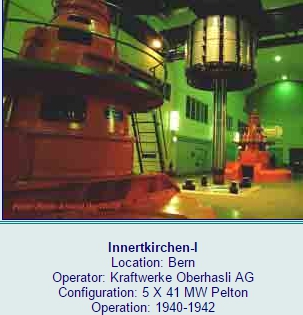 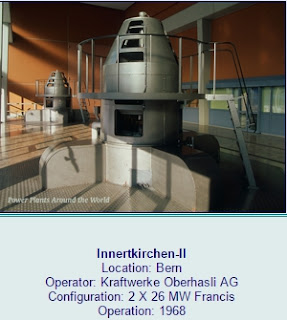 Both have been extensively modernised.

The line was originally built as a construction railway to support the building of hydroelectric dams in the Oberhasli and the Grimsel Pass. It was built by the Kraftwerke Oberhasli (KWO) company, which was founded to build and operate the hydroelectric plants, and it was opened in 1926.

As well as construction traffic, the line also operated a limited passenger service for workers and their families. In 1931 a battery railcar was purchased, and a second in 1939. 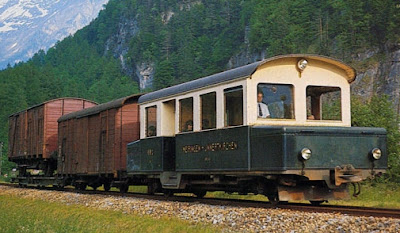 In 1946 the line received a licence to operate as a public passenger-carrying railway, and to this end the Mieringen-Innertkirchen Bahn company was founded to operate the line as a subsidiary of KWO. 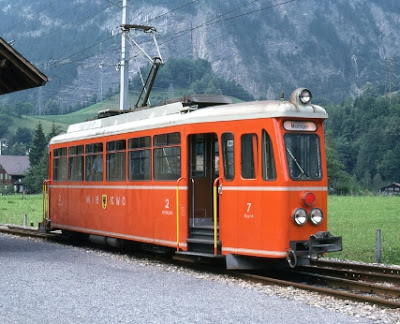 When the license came up for renewal in 1976, the line was electrified and electric tram-type railcars were purchased. 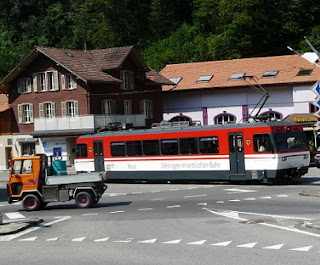 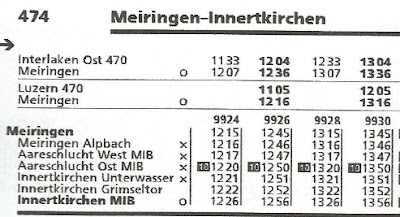 The running time is eleven minutes.

So let's take a ride. We start at Platform 13 at Meiringen station where there is an excellent connection from Interlaken, but, unusually, a frustrating miss from Luzern and a 29 minute wait! 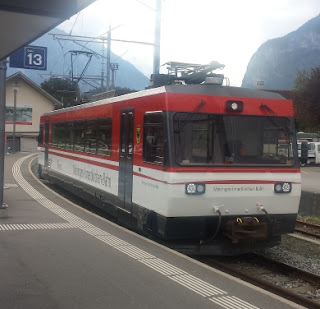 Almost immediately we pass the site of the former terminus. 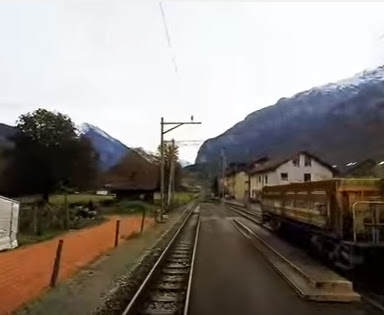 The first stop is at Alpbach where once the tram line to Reichenbach falls crossed. Next is Aareschlucht West where a footbridge leads to the Restaurant featured yesterday (read again). 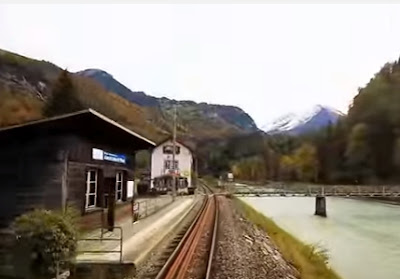 Then into a tunnel within the cliffs of the gorge. 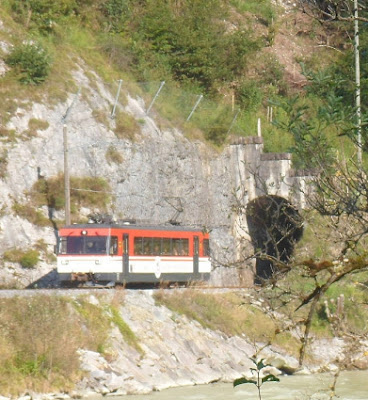 Soon after emerging is a new station called Innertkirchen Unterwasser which isn't, thankfully. Unterwasser translates as "under water"! 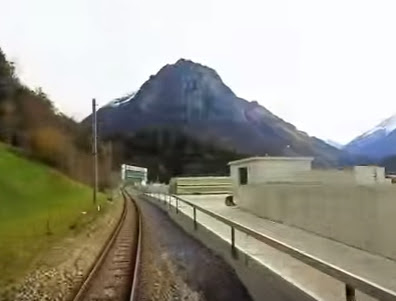 The train then calls at the main station in the village before terminating at the works of the hydro-electric company. 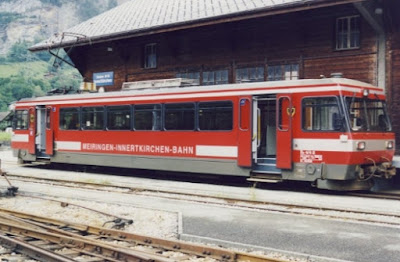 Clever readers will have counted only SIX stations. There is one missing, and here it is, viewed from the passing train. 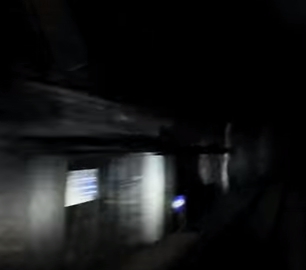 It is just a door in the wall of the tunnel. This is Aareschlucht Ost "station". No platform, no buildings; just a door. If you are on the train you ask the driver to stop but if you are in the gorge you ring the bell. 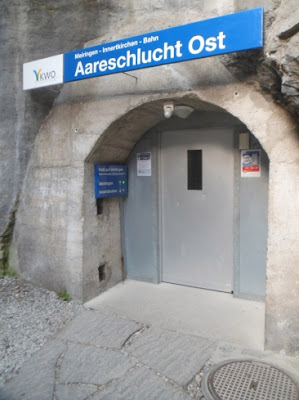 I rang the doorbell at the secret underground lair but they said Ernst Stavro Blofeld was not there today. 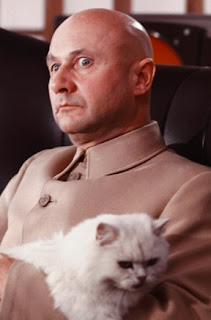 Apparently on Mondays he has a day off from world domination to volunteer at the local Cats Protection League charity shop or go bus spotting with his cricket-expert cousin Henry. 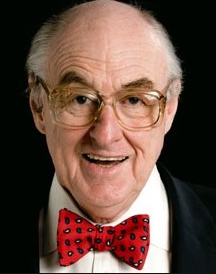 Why is there a  station in the rock you ask and why do trains only stop there between May 1st and November 1st ? (note 10 on the timetable).  It serves the Aare Gorge tourist attraction. 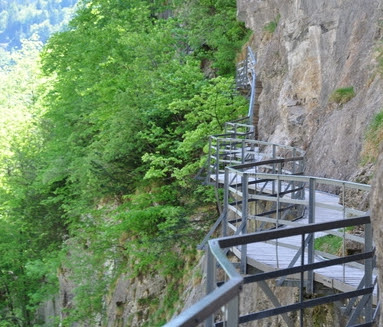 Note that the path down from the gorge east entrance to the station could be described as slightly tricky. One of those hiking poles with which all Swiss walkers seem to have been issued with would be useful.

And here is the doorbell! 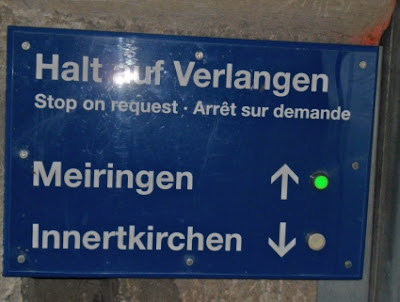 You press the bell, the train stops inside the tunnel, the driver thereof opens the external door and you climb on. 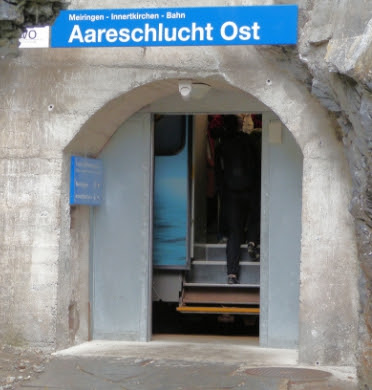 Is this the smallest station in the world?

And what do you see when you get off? 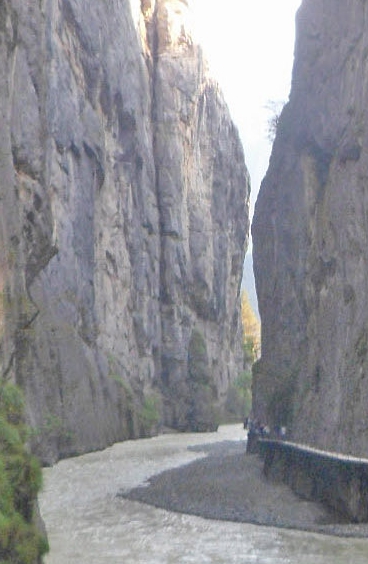 The little dots on the walkway are people. Not for those of nervous disposition! 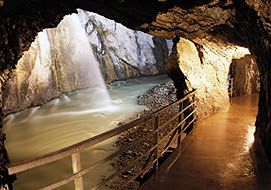 Thank you Alan for the information. Another item in fbb's ever growing bucket list!


Next Brian and Bob blog : Tuesday 4th October
Posted by fatbusbloke at 02:00