Whilst visiting the Isle of Wight, fbb had the opportunity to see the new-ish home of the Bus Museum with all its displays in place. There was a also chance, yesterday morning, to spend half an hour or so at Ryde Bus Station and nearby.

Hovercraft watching from the footbridge over the railway line is still a popular pastime, especially now as two new Hovercraft have recently entered service. 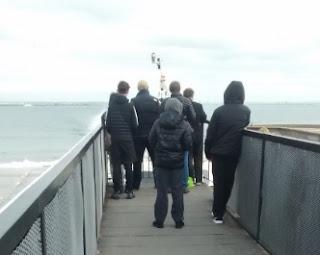 Solent Flyer and Portsmouth Flyer have much improved loading and unloading ramps, power controlled and with one ramp accessible to wheelchairs. 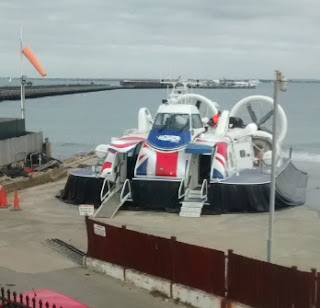 Both were on view to the footbridge gallery, with one parked and the other just arriving from Southsea. 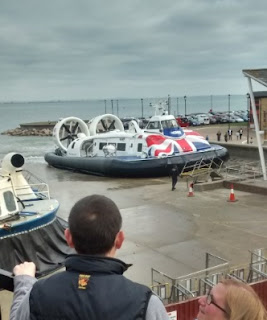 There have been problems with these vessels., leading to cancellations and a revised timetable. "Bedding In" says Hovertravel's boss. 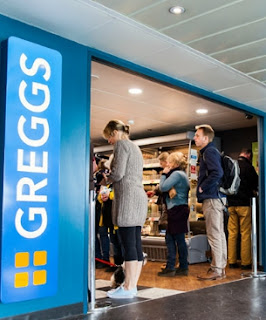 But, more importantly, the boat has had its upper car deck extended.

This is in preparation for two-level loading via a new double linkspan. Below is an artists' impression of the new two level structure at the Fishbourne terminal. 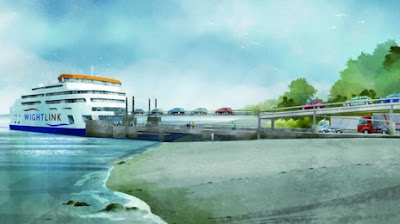 The illustrated ship is also new; construction has just started.

Meanwhile, at Ryde, the Ice Skating Rink has closed. The "open all year bar" isn't. 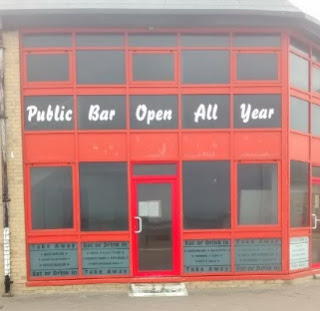 Apparently a dispute between the new trustees and the owners of the property led to bailiffs arriving with the inevitable terminal consequences.

Other more positive developments at Ryde would suggest that the bus enquiry office has re-opened, although the opening times do not seem to be advertised. 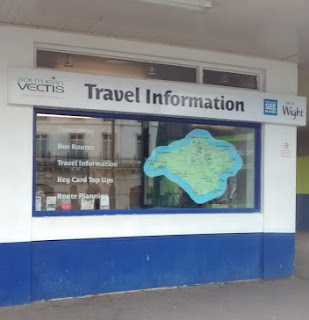 fbb was, however, able to obtain a copy of the Winter timetable. 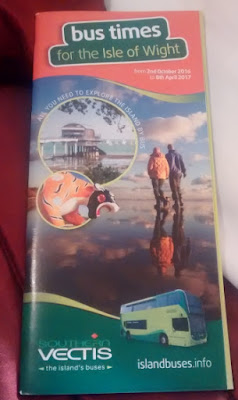 Not much has changed; there are a few winter timetable trims but Route 1 is very different. A few years ago, when the whole Island network was "simplified", route 1 ran between Newport and Cowes performing a loop round the latter town. All buses ran to the red funnel timetable. 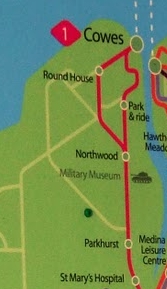 Then the management had a spiffing idea. Because, particularly at peaks, loadings were high, it was decided to split the route into two. The Red 1 (colour coded red) ... 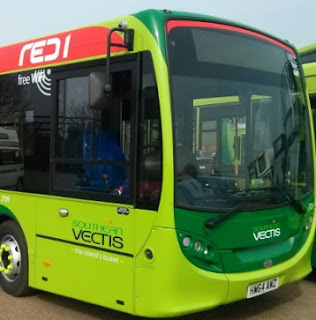 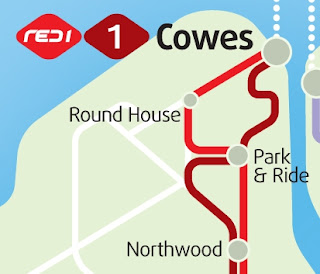 It was very confusing.

So from October this year, guess what? Southern Vectis have come up with another spiffing idea.

All buses will run to the Red Funnel terminal and follow a large loop round Cowes. fbb wonders where that idea came from?

Outside the enquiry office at Ryde is a very helpful big map. It shows route 4, 5 and 25 running between Newport and East Cowes. 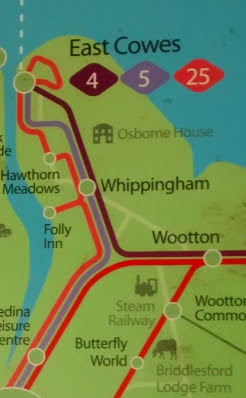 After a splendid lunch, ... 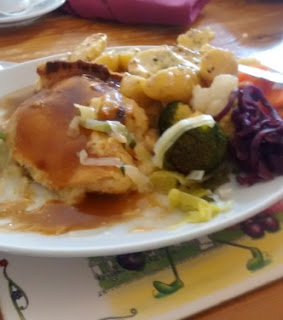 ... fbb was accompanied by Museum Treasurer and Isle of Wight correspondent Alan. The buses are located in the former Southern Vectis depot at Ryde. The fascia has been replastered and a dignified new sign added. 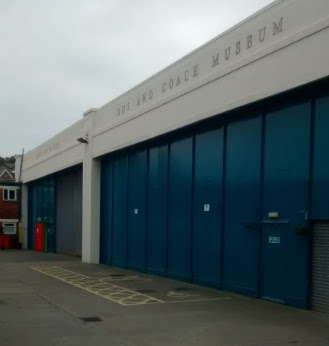 But the inside has been totally transformed. From a simple accumulation of buses, the Museum has become a fascination collection of all that makes bus travel in the past so interesting. Well it does for fbb!

Who will take a more detailed look tomorrow.

After enjoying a stunning offer on the back of his parking ticket ... 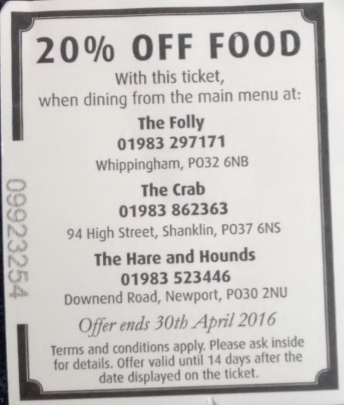 ... an offer which expired back at the end of April.


Next museum blog : Sunday 30th October
Posted by fatbusbloke at 02:00