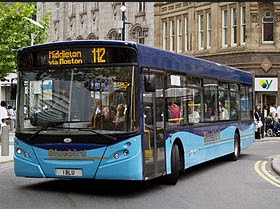 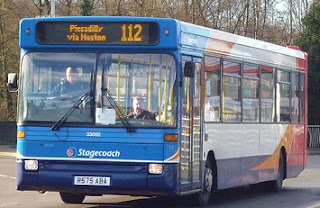 In a comment on Yesterday's blog, Man of Kernt reminded fbb of another ingredient in the Manchester mix, namely the takeover of Bluebird by Stagecoach. Bluebird's operating area was deep in First Bus territory and some bus watchers saw First's takeover of Finglands as a response. First's boss Fearnley is a long-tern chum of East Yorkshire's (and thus Finglands which EY owned) boss Peter Shipp.

The "official" line at the time was that East Yorkshire wanted to "concentrate on their core business"; but we shall never know the full story. 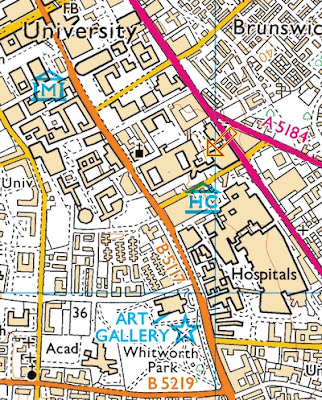 First currently have an aggressive promotion on its routes along the Oxford Road to Manchester University and the Hospitals.

This offer applies to all three First Bus routes along the contested corridor. 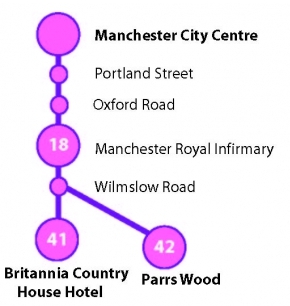 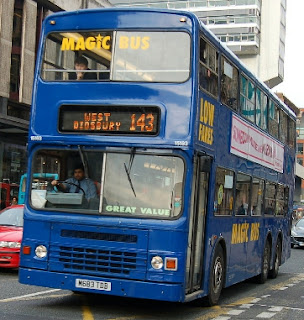 ... which, too, offers prices "from £1". Of course, fares comparisons are clouded by a whole range of "season ticket" deals including special student fares. Presumably the uninformed visitor or occasional user is oblivious to these financial subtleties and boards whatever turns up and simply pays up.

The particular "craze" along this corridor has been to extend certain routes across the city centre. This is a relatively recent developments. Currently First Bus run cross-City as follows:- 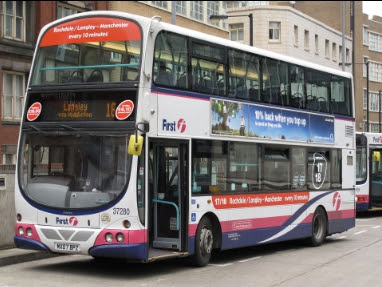 This runs every 10 minutes (Monday to Saturday daytime) ...

... and serves Langley via a large loop. 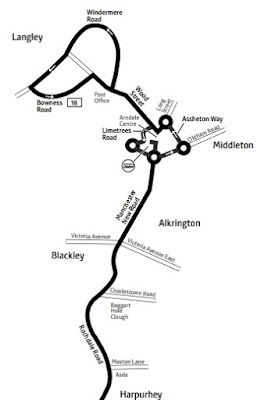 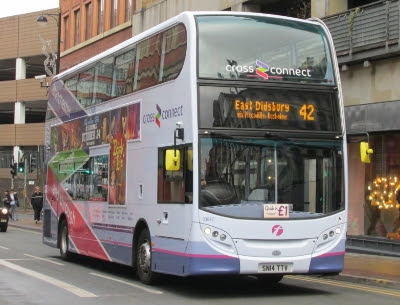 Note the branding on the bus.

The Cross Connect route was originally advertised as every ten minutes to Manchester's North General Hospital and every 30 minutes on to Middleton. 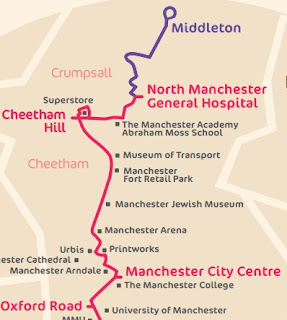 The timetable now shows a bus every 20 minutes through from East Didsbury to Middleton.

It is not at all clear "on line" whether these are part of, or in addition to, First's other service 42. 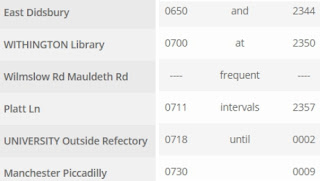 This other 42 appears separately in First's timetable list. It shows a frequent other 42 short working from East Didsbury to Piccadilly Gardens; i.e the centre of Manchester. Transport for Greater Manchester, sensibly, abandons any attempt to separate out the timetables and simply gives the impressive (?) frequency of Firsts 42, Magic Bus 142 and Stagecoach 42. 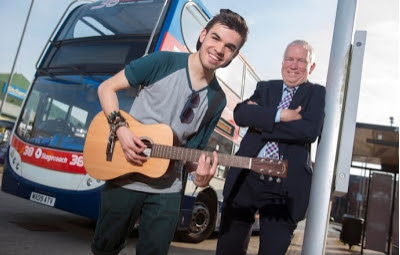 Launched, complete with folk singer to serenade jaded Mancunians on the opening day (?), this too started from the Hospitals on the Oxford Road, then continued via Piccadilly Gardens and the old A6 to Walkden and Little Hulton. 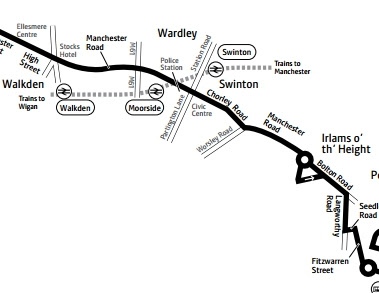 Here it turned right and nipped across to Farnworth ... 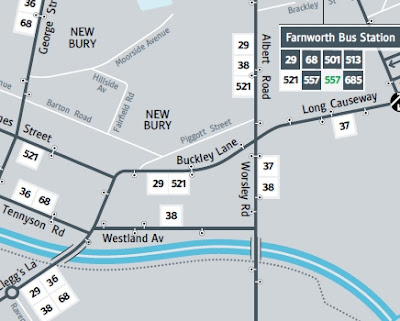 ... where Google Streetview caught one resting in the rather unimposing bus station. 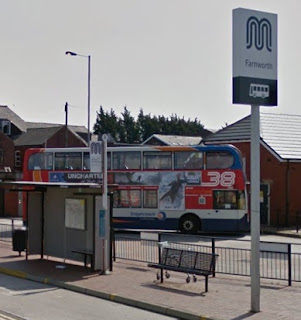 Here is one doing its stuff in Piccadilly ... 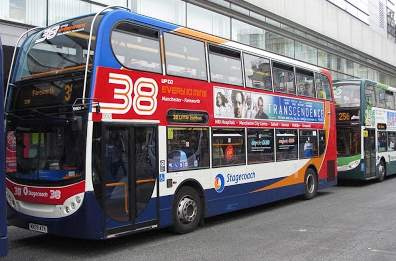 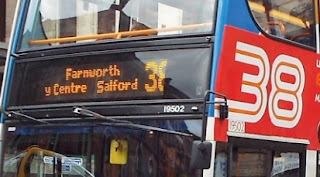 But from 4th September 2016, something happened. 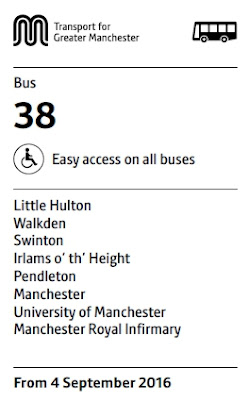 And thus begins a strange and puzzling tale of information woe.