It Started With This Man 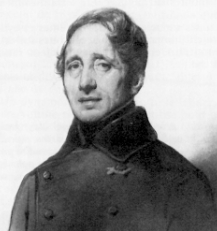 
Jean-Claude-Républicain Arnoux (1792 to 1866) was a French civil engineer known for his invention of the Arnoux system for articulating trains on tight curves. As an entrepreneur he founded and directed the Compagnie de Paris à Orsay, which constructed and operated the Ligne de Sceaux. It opened on 6 June 1846. 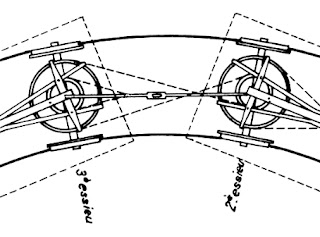 His invention involved a complex system of pivots and linkage allowing the two halves of an axle to swing independently on curved track. This ensured the four wheeled trucks and carriages could traverse sharper corners at higher speeds and with less damage to track and wheels. Very clever indeed and the forerunner of modern "differential" and front wheel drive systems on motor vehicles.

And he built a railway line to prove it! It ran south from what would become the Métro interchange at Denfert Rochereau ...

... to the community of Sceaux. The curves were, indeed, sharp at both termini. Here is an engraving (possibly exaggerated!) showing the system in use ... 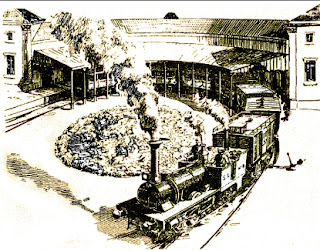 ... and here is another postcard engraving of Denfert Richereau station offering a more realistic view. 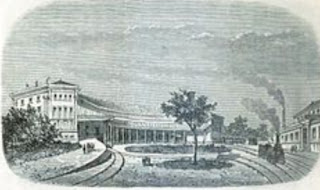 The station still stands and the curvature of the building can be clearly seen. 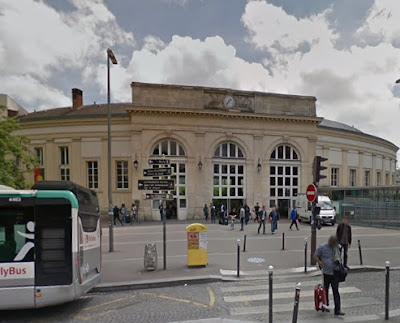 The terminus at Sceaux had an equally tight turning loop. 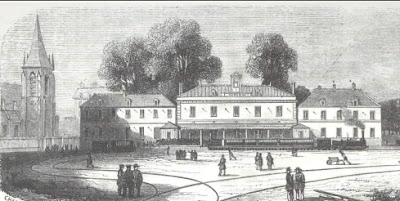 In this case, the building was straight but it too still stands although hidden away on a side street and somewhat rebuilt as flats. 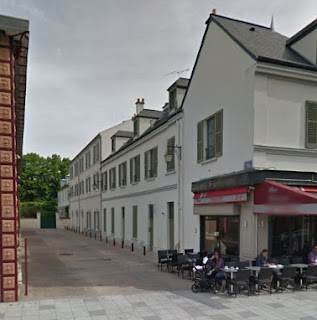 The church is still there to give a fix to the location. 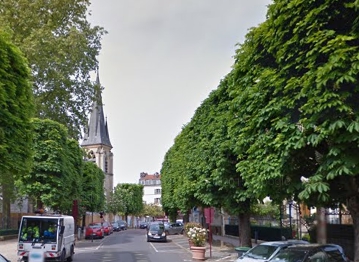 Sadly, there is no other obvious sign (apart from a few oddly curved roads and alleys) of this historic line's twiddliness.

To further promote his ideas, Arnoux' gauge was over 5 feet and his line extended further south into open country from a junction at Bourg la Reine.

But the brave inventor's work was all in vain as some upstart yank invented the bogie thus reducing the need for Arnoux' complex linkage. So it was the the line was converted to standard gauge overnight on 20th/21st May 1891. Modern railway enhancement project planners and managers please note - OVERNIGHT! 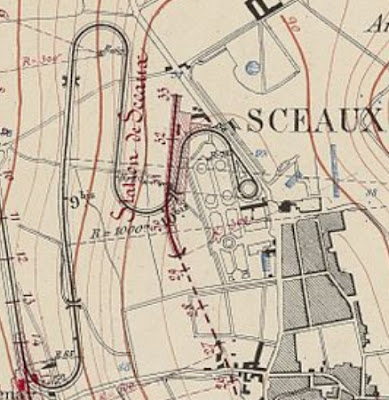 The modern Sceaux station stands some distance from the town centre .... 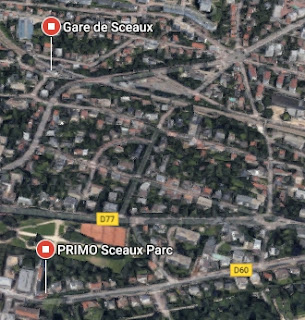 ... with the original being close to the tag for "PRIMO Sceaux Parc" on the aerial view above.

Whilst a pleasant building, the new station ... 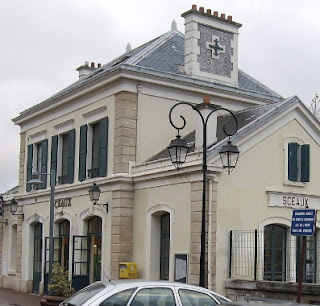 ... doesn't have the intrigue of the original, shown here in model form ... 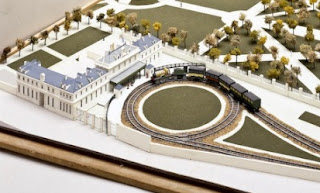 But we now need to understand how Arnoux' rebuilt line found its way into the Paris Metro network.


Next Sceaux blog : Thursday 13th October
Posted by fatbusbloke at 02:00