Steam Re-Creation?
And this is Don Bishop:- 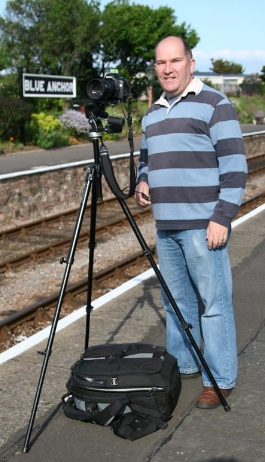 fbb wonders if his reader can guess what Don does for a living. He is standing on the platform of Blue Anchor Station on the West Somerset (preserved) Railway. 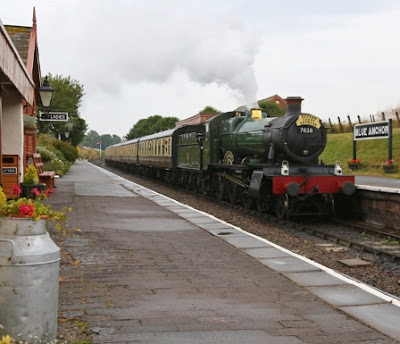 Blue Anchor is a seaside village, in the parish of Old Cleeve, close to Carhampton in the West Somerset district of Somerset, England. The village takes its name from a 17th-century inn. 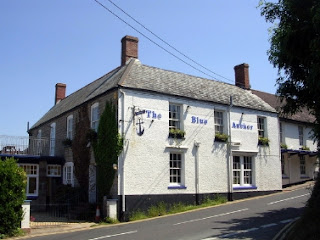 The pub is at one end of the sea front road and the station is at the other. Apart from a few houses and a caravan park, that's all there is. 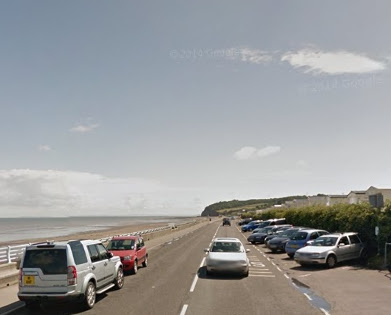 Don is a professional landscape photographer and combines this will a passion for steam railways. For like-minded enthusiasts for the latter he runs a business called ...

He charters trains and locomotives on preserved railways and, occasionally, on National Rail lines and invites "paying guests" to come along and photograph accurate re-creations of the good old days of steam. Folk pay £100 or thereabouts for a day's excitement as the chartered trains are organised to deliver the best possible "snaps"; sorry, quality photographs.

It never ceases to amaze fbb how much rail enthusiasts (and model rail ditto) are prepared to expend in terms of time and money to enjoy their hobby.

Don was the guest speaker at the Thorncombe Rail Activities Club last Wednesday. fbb took a few snaps on his phone of some of his slides but, please bear in mind, these do not represent the outstanding quality of Don's work.

For that, please go to his web site (here). Some of the scenes are Don's work at other photographic charters; there's a whole community of these folk.

But maybe these fuzzy fotos will just be a taster to draw our reader to this superb work. 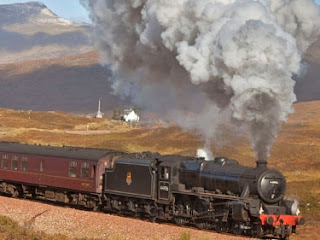 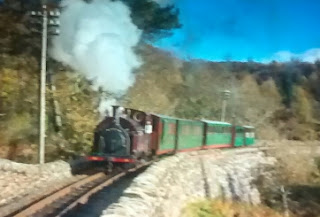 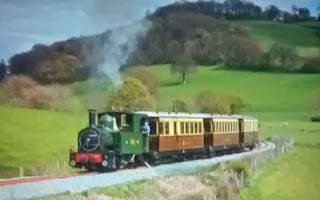 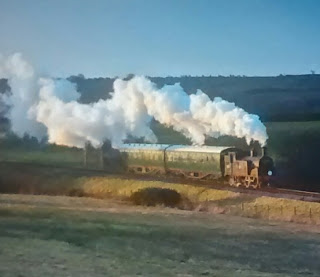 A "night shoot" at Bodmin General 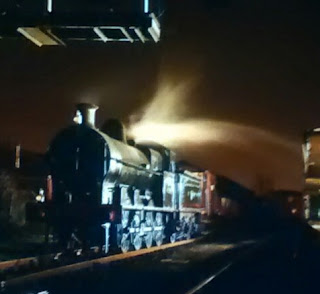 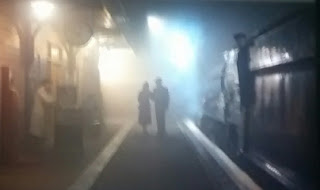 The last one is a bit of a tease. Where was it photographed? Answer below ; fbb would never have guessed.

What was really impressive about Don's talk is to understand the commitment he has to his art. Some ill-remembered extracts from his address.

"You have to remember to step on the tufts of grass. I have seen several colleagues sink in up to their knees and beyond."

"The first time we went, it was grey and pouring with rain and the whole trip was a waste of time."

"We climbed out of the train just in time to catch one small patch of sun which shone on to the loco and coaches."

"Although the loco would normally be coasting, we managed to persuade the crew to apply power and give us that magnificent exhaust."

"I ran (sic!) up the mountain just in time to get the shot"

Impressive dedication. fbb is already deciding which print(s) he will suggest to Mrs fbb as her Christmas present for him. Or will it be socks this year? 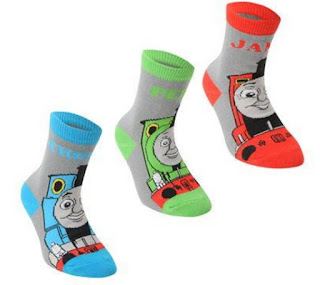 But just one thought crosses fbb's agile (?) mind. Most of the pictures are of clean locomotives and smart shiny rolling stock. Such delights were very rare on the real railway as far as fbb can remember. But we are all allowed a pair of these as we wallow in nostalgia! 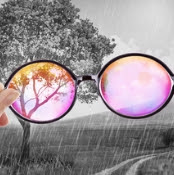 The "Brief Encounter" night shot was created in Swindon Railway Museum. Here's the "station" in normal viewing conditions but with a different loco and from the opposite direction. 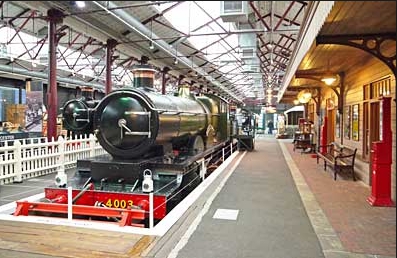 It's amazing what you can do with smoke machines!

The November 16th speaker at Thorncombe Club is fbb himself in a heavy disguise.

But before that is the club's annual model railway exhibition. 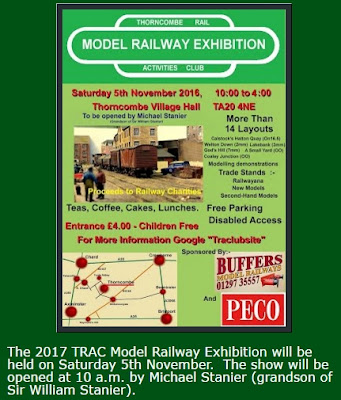 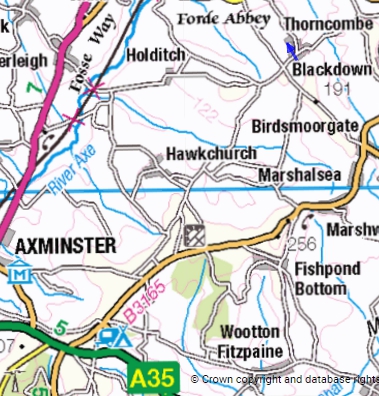 Good question! Take the B3165 from its junction with the A35 near Axminster and turn off at Birdsmoorgate. Or take the same B1365 from Crewkerne. There is no public transport on a Saturday.

But there is a mad rush on Thursdays ....

... when residents are spoiled for choice.

Return trips to and from Crewkerne OR Axminster; how to decide?