Getting Upset Over Trifles? (Groan) 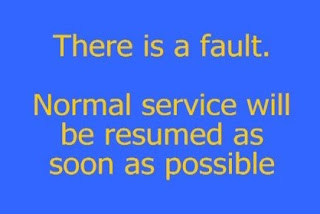 Today's intended post is post-poned! "Brian and Bob" is delayed because fbb's phone is having an unco-operative turn. The post needs lots of smart phone screenshots and the mini-monster suddenly stopped shooting its screen. "No storage", said the evil electronic elf. So fbb obtained a large shovel and a black plastic bag and dug out the gunge from its memory leaving 12 gigabytes (or, to use a technical term - "a lot")

But the silly phone still thinks it's full and won't capture anything, let alone a screen. [but see P.S. below]

So planned blogs have to be unplanned. So here goes with a bit of fill in. 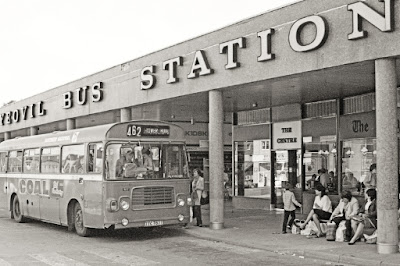 Once upon a time, Yeovil had a spiffing bus station served by lots of bus routes operated by Southern National. Then came privatisation, management buy out, sale to First Bus and ... 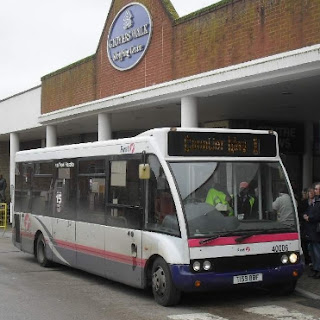 There is a depot which is far too big for the tattered remnants of the once great network. 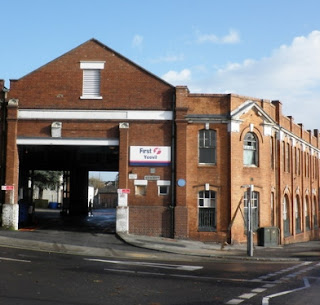 It was the Minister at fbb's church who broke the news. Yeovil is moving to Somerset. 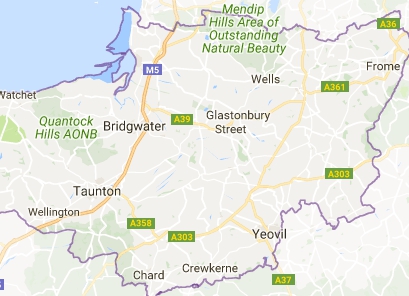 The map shows that, in fact, Yeovil is definitely in Somerset. But not buswise.

Oddly, there are three First Bus depots in the county of cider apples. Yeovil's business is controlled by Southampton; Taunton (Buses of Somerset) is controlled by First Kernow at Camborne and Wells is a sub depot of Bristol and/or Bath.

The Yeovil business is transferring to Taunton and the Yeovil buses operating in Somerset will become Buses of Somerset. It is not long ago that several Wells routes joined the Taunton network. Apparently the Yeovil depot is to be sold and alternative premises are being sought. 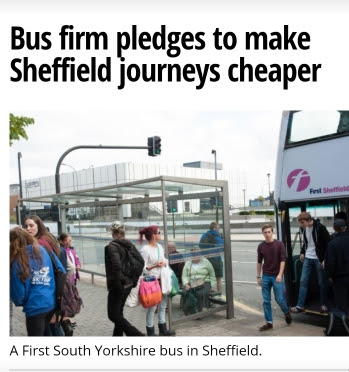 Sounds a good deal for passengers - BUT:- 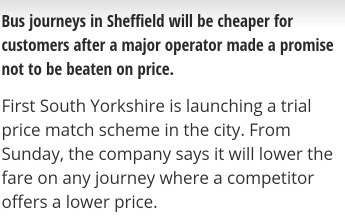 We need to look at the company's web site, rather than relying on the headlines in the local rag. 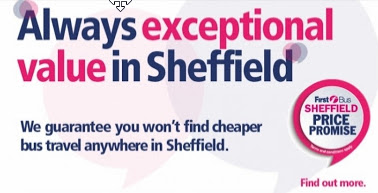 Speaking about the Price Promise, Allan Riggall, our Head of Commercial, said: “This is the first time we have ever trialled something like this anywhere in South Yorkshire. We want our customers to know that when they travel with us, that not only will they receive a high quality service, but they will also receive the best value journey.

"Our Price Promise is really simple. We’ve reviewed hundreds of our Sheffield bus fares as part of our promise, and from Sunday 2 October, we reduced dozens of prices for customers, so that they receive the best fares available."

“In the event that customers find a cheaper fare available for the same journey, we will provide a refund, and bring our fare down."

“We’re excited to bring this new initiative to Sheffield, and we believe that the Price Promise builds on the recent success of the Sheffield Bus Partnership and the great value, multi-operator, Travel Master tickets.”

We will monitor market prices every Friday to ensure we offer value.

The web site then goers on to list changes to "season" tickets, reduced in response to those of competitors. 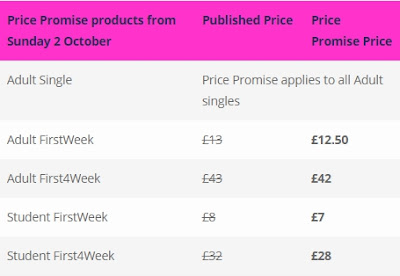 Fair enough : but how does it work with ordinary single tickets?

Excludes concessionary fares such as ENCTS and child fares

Only includes services within Sheffield boundary

Promise applies to Stagecoach bus and TM Travel services only

Do Stagecioach and T M Travel publish their fares? In an obvious easily accesible place? Where can the passenger find First's fares. On-line? In leaflets? If the latter, can the leaflets be obtained?

We will ensure any fares identified as being cheaper elsewhere are matched within 7 days of notification.

Refunds will be issued in form of a travel voucher of a value no less than the difference in price charged and the cost of a second class stamp.

Are people really going to take the trouble to send their ticket by post?

So if too many apply, we can change the rules? Cynical, moi?

If the company really wants a winter "promotion" why not emulate the Furniture Warehouse companies and offer a sale price of (e.g.) 30% off all fares until 31st December. It might actually be cheaper that the office costs and heated arguments provoked by the complex deal above.

And a Stagecoach App P.S.
Thanks to some really hard work by number 3 son, operating remotely from Watford Herts where he was working, the problem with the malfunctioning phone was eventually (after 90 minutes of fretful slog in the lad's lunch hour and after the end of duty) resolved. 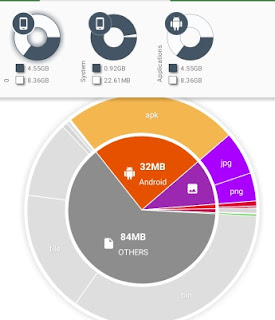 But the solution has meant that fbb has been forced to change the emphasis of his projected post. Instead of a light-hearted article inventing a supoosed conversation between Brian (Souter) megaboss of megabus and all things Stagecoach, and his bus boss Bob Montgomery, the blog has assumed a more serious tone.

As we shall see tomorrow and Thursday.

Next Brian and Bob blog : Wednesday 5th October
Posted by fatbusbloke at 02:00