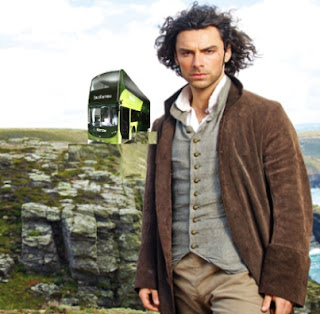 As Ross waits for the next bus to the tin mine, his mind wanders to thinking about what livery it might wear when it arrives. People in Cornwall have been used to a varied selection of cast-off vehicles with a strong preponderance of pre-Fearnley "Barbie" livery. 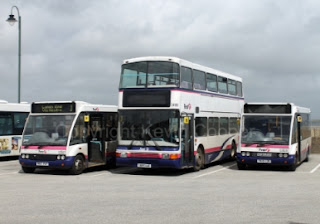 A variety of First Kernow logos have appeared ... 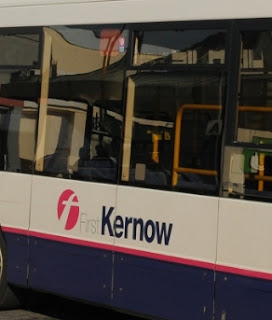 ... with "chunky" following the pattern of the "national" post-Barbie livery. 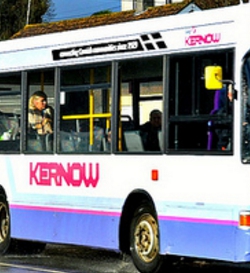 "First" has even appeared on Buses of Somerset and Western National Green. 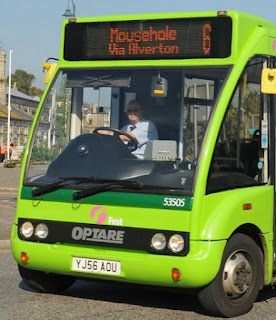 This led the forums to speculate that Buses of Somerset livery was to be adopted by Cornwall; a suggestion that would certainly have made vehicle transfers really easy.

Then, at last, a brand new livery was presented at a junket at Newquay. The PR people said it was for "public consultation" and Management suggested that it would not be the final version. 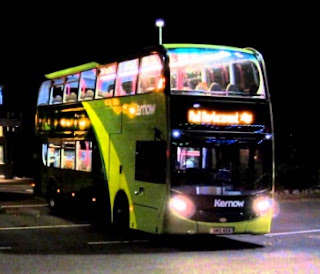 It carried yet another version of "Kernow"!

What has now appeared does involve a few minor changes from that first draft.

Here is the minibus version in green ... 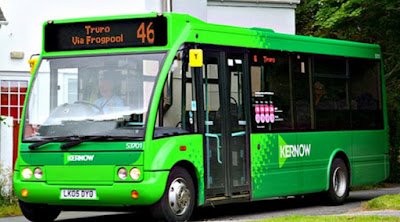 ... and yet another Kernow logo, now with triangle. How would you describe the new scheme? Spotty Sunray? Cut-up Cogwheel? But it doesn't stop there. A light blue version adorns a service 56 ... 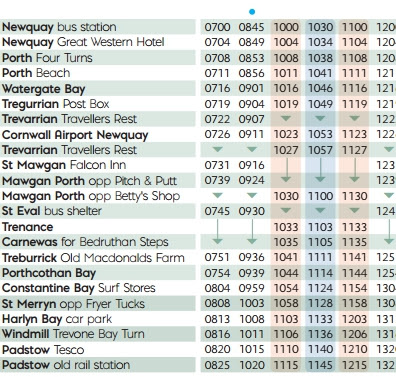 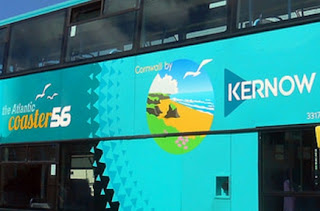 Very much a cogwheel this time. Do fbb's eyes deceive him, or are the cogs a different shape?

The Kernow Facebook pages introduce us to a darker blue version ... 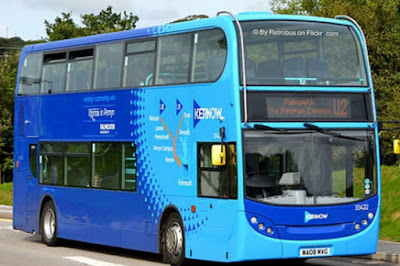 ... branded for services U1 and U2, previously 88 and 41 respectively. This will, presumably, replace the previous "new" livery for these "U" routes. 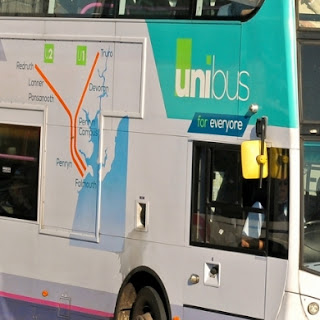 But the final word (possibly) goes to a fellow blogger on the Plymothian Transit pages. 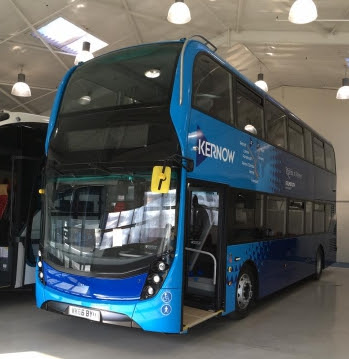 Some useful things we do learn though are that the The first 10 are for the U1/2/3 and will go into service on 4 November in this stunning blue livery. 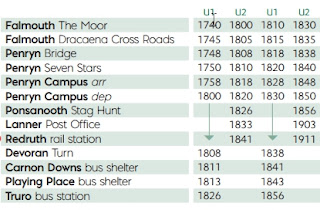 That will be a shock to the passengers! But therein lies a snag. Whilst the 14 and the 18 have a combined Monday to Friday frequency of every 10 minutes ... 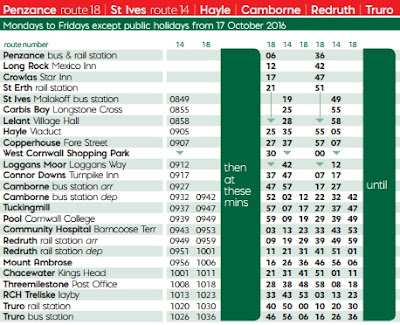 ... the Saturday headway is only every 15 and Sunday every 30. So what will happen to the shiny red buses (if they really are to be red) that are not on the route 14 and 18 at the weekends? Will they skulk unloved and unused in their depot?

Or will they turn up on other services, then emblazoned with the wrong route details?

Such are the possible perils of vehicles plastered with details for one particular route.

We wait and see.

No sign, by the way, of the new Kernow logo on the First Bus web site. 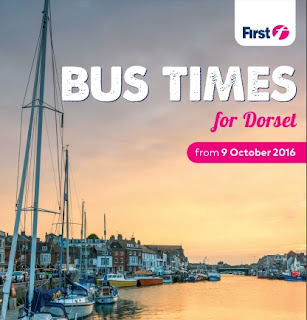 The slickly named First in Wessex, Dorset and South Somerset (soon to lose Yeovil and thus South Somerset?) have published their excellent timetable book for the winter. At least, it is on-line!

It includes the revised services for fbb's area which started yesterday.

But a regular (and reliable) blog commentator is far from happy.This comment was written on Saturday 8th October.

But there is some hope!

GoTimetable Seaton has extended its area to include X51 and X53 journeys from Axminster from today ... 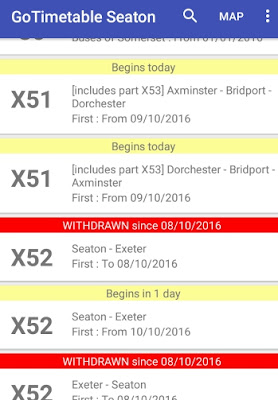 ... but that's not much use if you were hoping for a leaflet to stick behind the clock.

There is simply NO EXCUSE for not printing booklets or leaflets on time. Services are registered with the traffic commissioner EIGHT WEEKS in advance. And please, please, don't bleat about it all being on-line. The vast majority of bus passengers either don't or won't or can't look on line.

So why are they treated so shabbily?


Next bus blog : Tuesday 11th October
Posted by fatbusbloke at 02:00