It Goes Back a Long Way 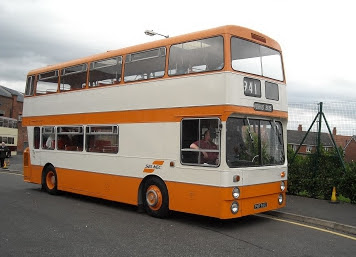 The story began in 1968 when, to comply with the that year's Transport Act (one of many to follow!), on 1 April 1969 the SELNEC Passenger Transport Executive was formed. SELNEC stood for South East Lancashire North East Cheshire, a joint authority of the various local councils.

It was a very big deal as, in theory, it absorbed bus operations in the following areas:-

Phew, some area of responsibility! Not all of these areas ran buses of their own, but the PTE absorbed the operations of 11 Corporation Transport departments, namely:-

and finally, the delightfully named 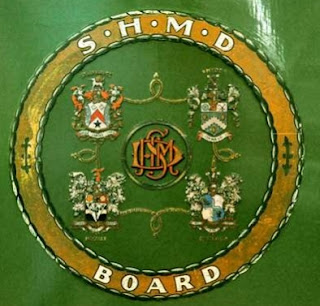 fbb could not possibly have remembered all that; and is grateful to the ever informative Wikipedia for the difficult bits.

It would be fair to say that many of the Corporations were very unhappy at losing control of their pride and joy. Others were struggling. fbb well remembers a trip to Oldham (in 1966?) to see Sheffield Transport buses running around as the Corporation had run foul of the Traffic Commissioners for dodgy maintenance.

The tale continued with the renaming of the organisation as Greater Manchester with a new logo (absolutely essential to ensure the smooth running of buses!) and a more orangey orange. 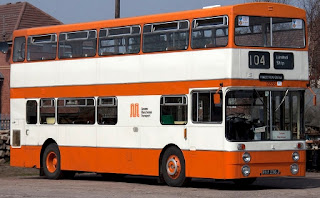 This was all part of the creation of the Metropolitan Counties, new mega municipalities which gained control over local rail services ands begat trains in orange. 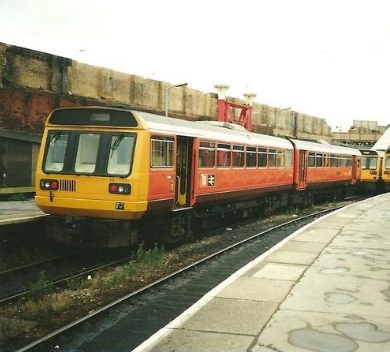 fbb's model pacer is also an example of this period. 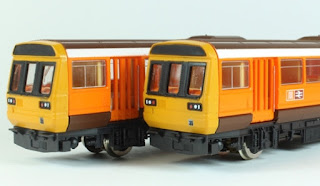 The PTE had expanded over the years.

Back in 1972 the PTE had absorbed the rump of the former North Western Road Car bus operations ... 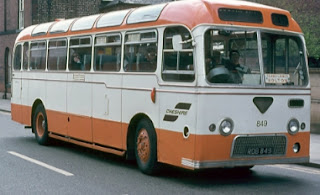 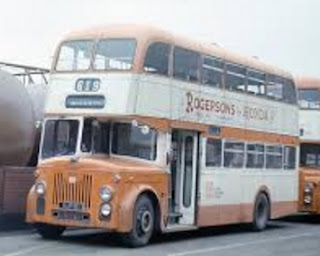 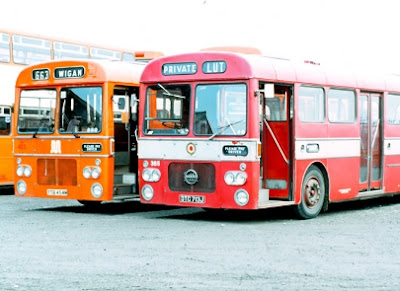 ... where orange replaced red and grey.

The PTE was renamed GM Buses in 1986 and restructured as an "arms length" company.

In 1993 the company was split into two, GM Buses North and GM Buses South.

Politics has continued to provide a challenge to the PTEs but with privatisation the over-riding organisation lost its buses and its trains, leaving a large monolith with the more "political" funstions of subsidised services and transport development. There are those who, today, ask "what are the PTEs for?"

But, back to our story.

North was sold to First Bus and South to Stagecoach and for nearly ten years the two biggies kept very much to their own areas. That was until First sold its Wigan depot and operation to Stagecoach in 2012. 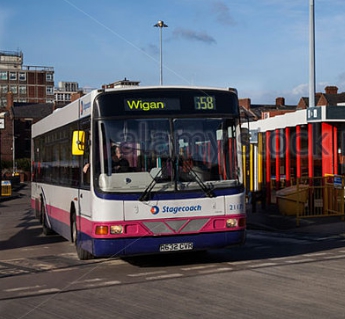 But this was amicable. What follows, less so. 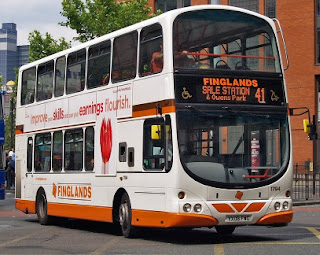 In January 2014, First bough Finglands, a thorn on the flesh of Stagocoach Manchesster along the busy (and lucrative? or just over-bussed) Oxford Road. 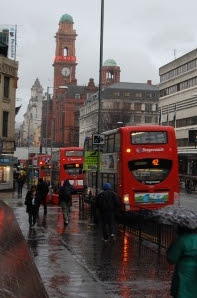 The take-over did not increase competition as such but the competitor had more pennies in its piggy bank and, as we shall see, the consequences could become more threatening.