Most of our readers will have heard of Tintin, the young reporter who never appeares to file any stories or visits the offices of any publication! He was drawn by the Belgian artist and writer Georges Remy. (G R = R G = Hergé, the sound of the two letters in the French alphabet) 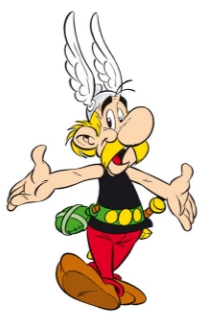 But have you heard of Edgar P Jacobs? 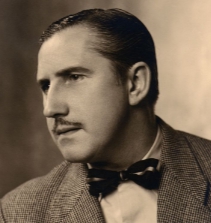 He, like Remy, was a Belgian artist whose full name was Edgard Félix Pierre Jacobs (1904 to 1987). His most notable creation was a series of strip-cartoon books under the general heading of "Les Aventures de Blake et Mortimer".

The main protagonists of the adventures are Philip Mortimer, a leading British scientist ...

... and his friend Captain Francis Blake of MI5.

The main antagonist is their sworn enemy, Colonel Olrik ... 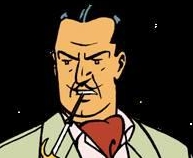 ... who has appeared in almost every book. Their confrontations take them into the realms of detective investigation and science-fiction, dealing with such themes as time travel, Atlantis and espionage.

Although less well-known than Tintin, the stories appeared in the Tintin magazine and have been turned into animated films. The pair of "goodies" have been celebrated in French and Belgian postage stamps. 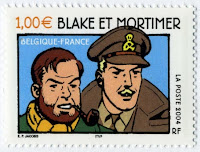 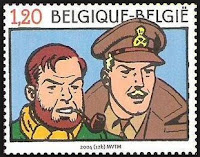 The stories are usually set in real places faithfully recreated in the drawing; which might create a tenuous link between the two cartoon heroes and recent blogs. The eighth book in Jacob's series is ... 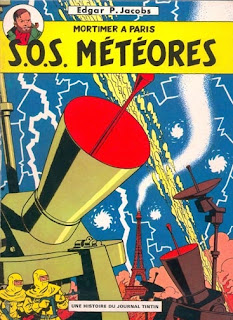 ... a complex story about Olrik (baddy) controlling the weather in order to gain world domination - as you do! The book cover has a subheading (should that be "sur"heading? as in theatrical "surtitles"?) ...

... which is a clue as to why this cartoon story should feature as a P.S. to blogs about The Ligne de Sceaux. Several locations in the book are of well-known Parisian landmarks; here, for example, are L'Opéra .... 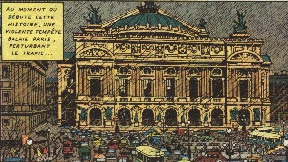 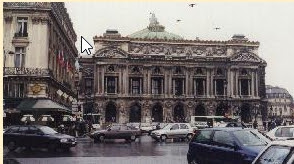 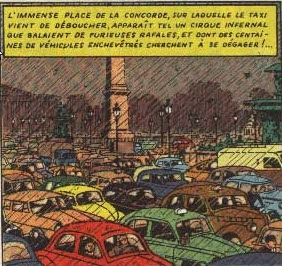 Smaller localities are also recreated for the story. 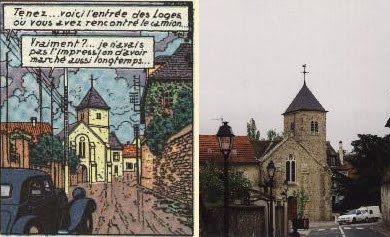 And here is a gateway near the Louis Bleriot airfield ... 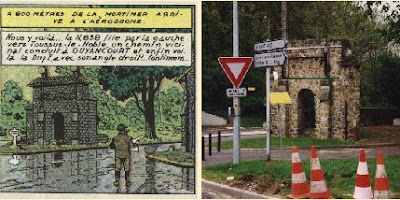 ... together with one of Jacobs' original snaps. 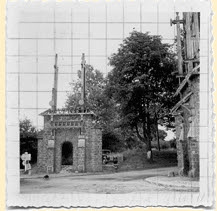 So that's how he did it!

And so to Sceaux - at last! Part of the "chase" uses the "obscure" Métro line. 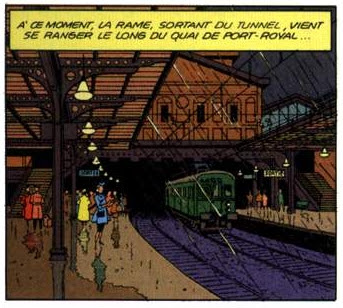 This is Port-Royal station according to Jacobs (above) and in reality (below). 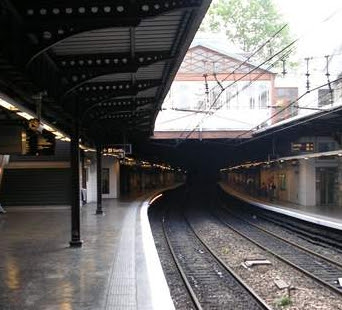 And next we have the station entrance with Blake in typical macho-man pose as he hails a taxi. 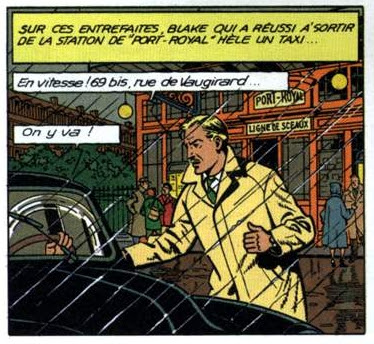 "Pedal to the Metal"

And in reality, today:- 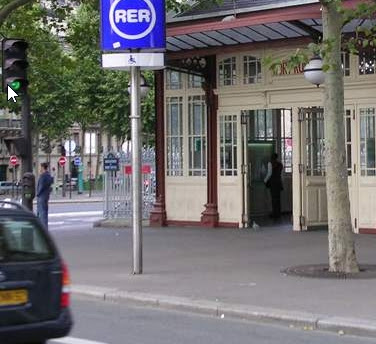 Port-Royal lies between the first terminus at Denfert-Rochereau and the later extension to Luxembourg. 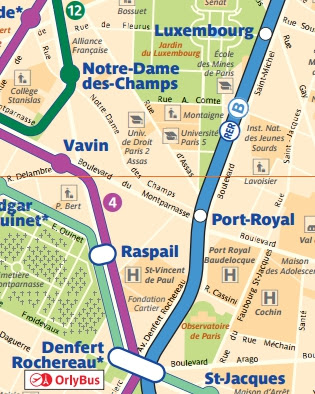 There are more delights (and more railway pictures) on a website exploring ALL the locations of this story (here). If you are familiar with either Paris and its surroundings or the book, this will be of great interest.

In 2004, the centenary of Jacob's birth and in parallel with the commemorative stamps shown above, the Musée d'Homme in Paris held an exhibition to commemorate the book and its author. 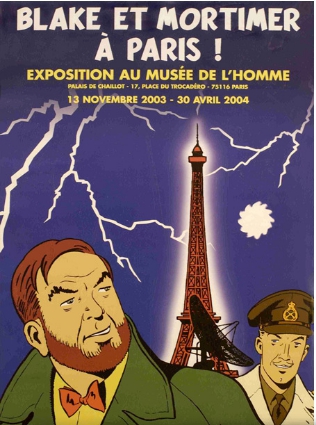 Perhaps fbb will buy the book - in the French edition, of course.

And finally; which station (on a Paris suburban line) is this?

Solution with the Quiz answer tomorrow. The Quiz questions are (here).