A lazy and repeated habit for "the lads" at Stagecoach Northampton is to use hard copy bus stop notices to promulgate information on line. The result is that the notices do not make sense. Here's a recent example from out Northampton newshound. 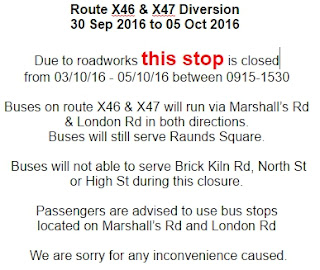 The emphasis of "this stop" is an fbb amendment which prompts the very reasonable question, "Which stop?"

The diversion is significant and affects several stops. 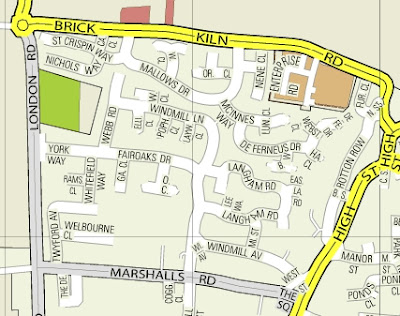 Instead of following the yellow brick road from top left to "THE SQ" bottom right, the buses will use the grey roads. Wouldn't a map with non-served and alternative stops clearly marked have been helpful to the passengers?

... and Their APPalling App
Stagecoach South West are advertising this "exciting facility" on their staff newsletter, advising colleagues to tell their passengers to download and use it. 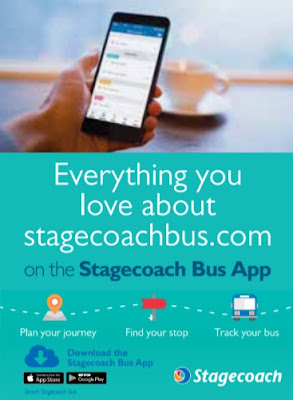 Has the newsletter editor tried it? Will the staff try it so they can assist frustrated users to APPreciate its mysteries?

East Yorkshire at 90
Congratulations to shy and self-effacing Peter Shipp, boss of EYMS on his (OK his company's) 90th Birthday. 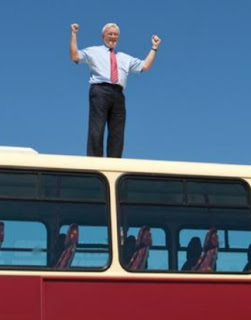 And congratulations to "the lads" in the paint shop for coming up with something different in the way of a paint style. 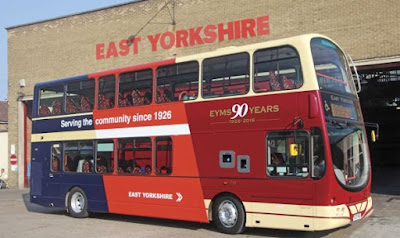 Historic blue and primrose on the back end; present-day on the front. The middle chunk is standard National Bus Company poppy red. The other side is almost the same, but this time the poppy red is adorned by the pre-privatisaton "East Yorkshire£ plus flower symbol. So four liveries in one.

Excelsi-More Travel
News that Go South Coast (once called Wilts and Dorset etc) has bought the Excelsior Coaches business on the retirement of its present owner. 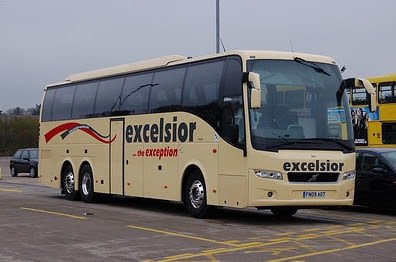 The company used to run a "shuttle" service to London ...

... and an extensive tours and holidays business. Today's operation is hard to find on-line but fbb well remembers the days when Southern Vectis had a vehicle permanently painted in Excelsior livery to serve "Island Tour" customers. 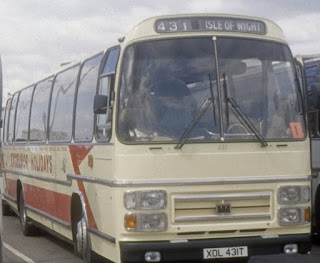 XDL 431T went on to gain a mid-green strip whilst working as a driver training vehicle at Solent Blue Line ... 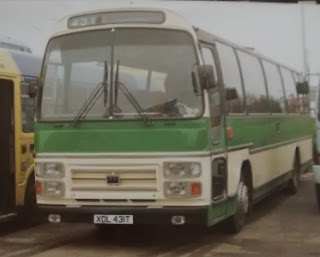 ... later appearing with a darker green band for owner Walls Coaches of Wigan. 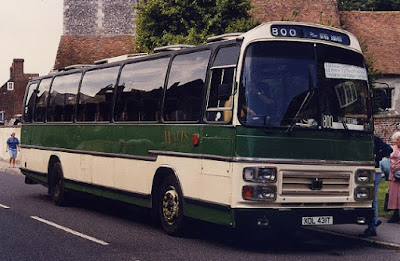 In 1999 Walls were taken over by Grayway (also of Wigan) who run a programme of holidays and tours in the North West. 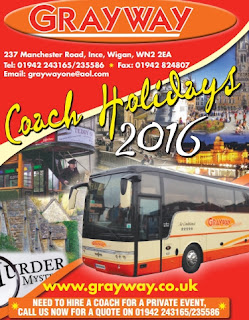 Red Face Department
Having moaned about the wrong name for Westhayes Caravan Site/Park on the Stagecoach App and discovered inconsistency on Traveline ... 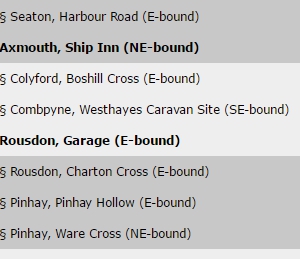 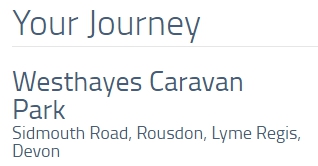 ... and been upbraided by Shieldsman (blog comment yesterday) for proposing more inconsistency ....

... your opinionated (and APParently controversial) blogger realised that he had not corrected GoTimetable Seaton. Whoops. Embarrassment overwhelmed the chubby one but, thanks to the simplicity of the system's update, it was quickly changed. Update published yesterday afternoon. 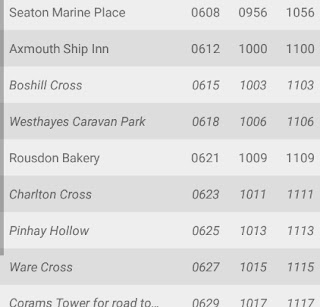 And the maps as well. 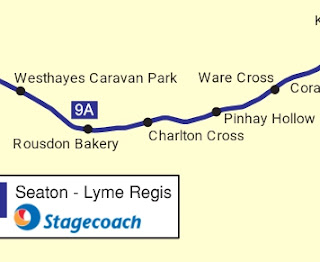 It took nearly ten minutes to complete the job.

Next blog - a quiz - Sunday 9th October
Posted by fatbusbloke at 02:00