And So Is fbb; Because It's Free 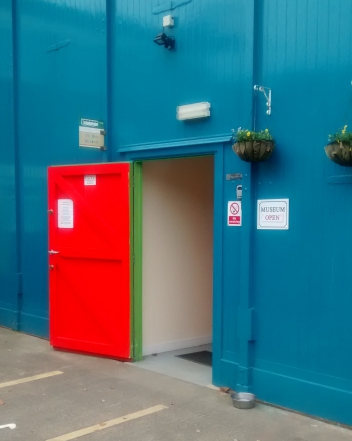 Not the most imposing of entrances, but ...

What greets you at the Isle of Wight Bus museum, now coming to the end of its second season in the former Southern Vectis depot at Ryde, is NOT a pay desk with lists of charges, persuasive signs asking you to Gift Aid your admission and charging extra for the process! There is none of this because it is FREE. 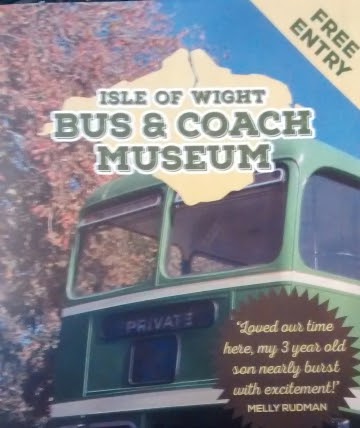 There is, however, an opportunity to make donations and to buy "stuff" (including a cuppa and a snack). 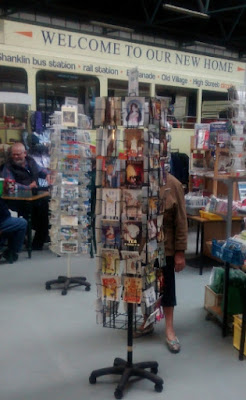 Of course, for most, the highlight is the buses themselves and there is a lot packed into a space much larger than the old premises, but still cosy and close to. And, subject to some restrictions, you and your 3 year old of any age, may get on the buses and even sit in the driver's cab.

The oldest vehicle on show is the Dennis Ace dating from 1934 ... 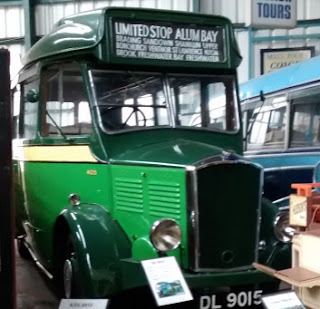 ... but whispered rumours are suggesting that an even older 4 hp vehicle with be joining the display from 2017. Intriguing?

The Island has always been famous for its open top buses and two such stand regally next to each other. 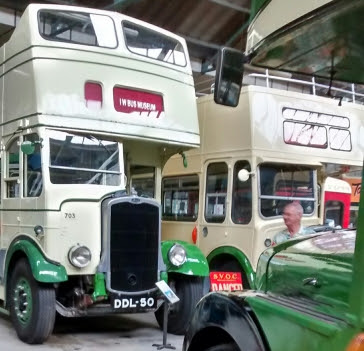 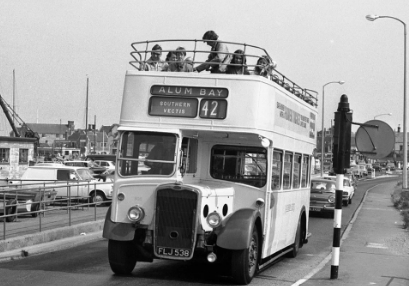 ... and has recently gained new specially made red destination blinds. Sorry but roof-light reflections obliterated this bit of detail from fbb's crude piccy!

It is a worrying sign of old age when stuff familiar to fbb is now appearing in museums. Here is a bread-van minibus, recently acquired ... 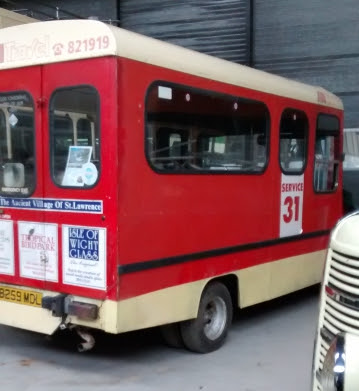 ... but will it be repainted in Medinalinx, Wanderer or Hydrobus livery?

Also in place as a "modern" museum piece is this beauty ... 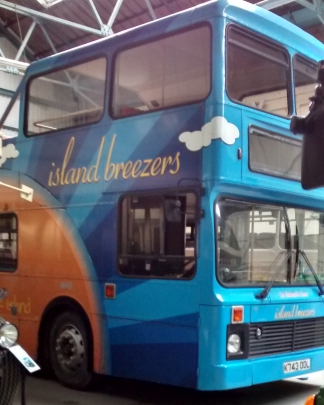 ... generously donated by Southern Vectis. K743 ODL once bore the "Route Rouge" livery for routes 2 and 3 which ran from Cowes via Newport to Sandown, Shanklin and Ventnor. It is seen here off piste en route to Totland Bay. 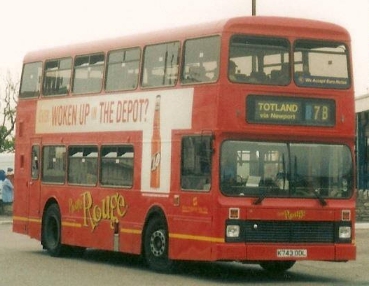 It was subsequently rebuilt as an open top bus for the "Breezers" a more recent brand for the topless tours.

One bus is something of an oddity for a bus museum on and of the Isle of Wight. Author Robert Jowett bought an archetypical 1935 back loader (literally back loader!) Paris bus. 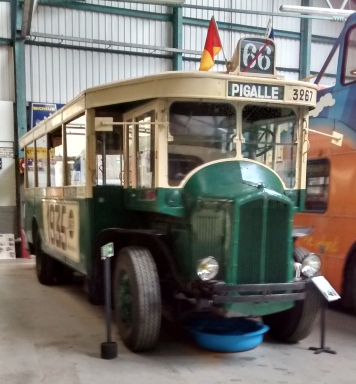 For many years the only way on to un autobus parisien was through a gap in the open "back end". 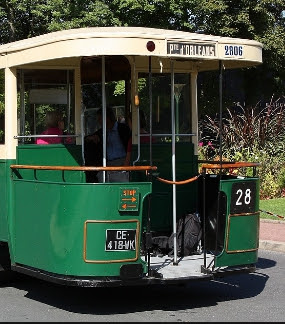 So popular was this verandah that, for a few years, it was retained for buses with conventional doors! 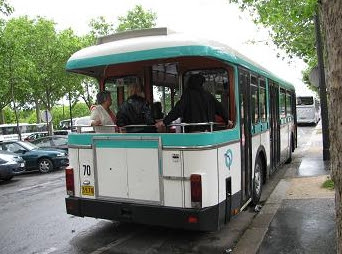 No back entry or exit was then permitted, but you were allowed to stand in the wind and the rain and enjoy the Parisian scenery retreating backwards. A dubious privilege!

But fbb will not reveal the full delights of all the vehicles on show in the hope that his readers will pay the Museum a visit.

At least not until Easter 2017 as the attraction closes today for the winter season. When fbb  queried the wisdom of this decision, he was informed that the bus depot gets very cold and damp and many of the smaller displays would deteriorate significantly.

The depot has no heating!

fbb suggested a Winter Opening to include a mug of hot cocoa/soup!

So, dear reader, make a note in your diary to take a few days' break on the Island allowing half a day to explore the delights of the Bus and Coach Museum. You will not regret it.

But, whilst enjoying the buses, fbb is just as interested in the bits and pieces, the artefacts that have always been a part, often unsung, of the bus industry.

fbb will look at some of these displays in the museum tomorrow.


Next museum blog : Monday 31st October
Posted by fatbusbloke at 02:00