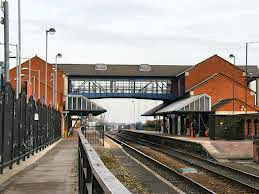 The new(ish) railway station is linked to the new(er) bus station by a distinctive footbridge. 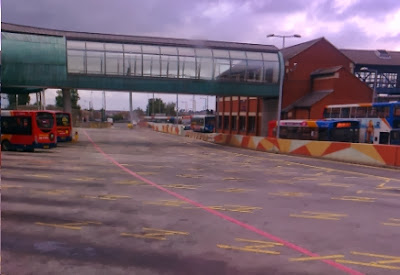 Once inside, arrivers are greeted with a South Yorkshire "spider" map of  "frequent services". Its design is not very good. Here is SYPTE's attempt at what is a fairly simple "T" junction of routes with minor variations:- 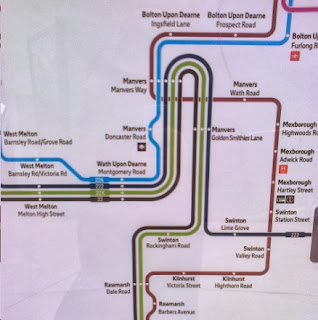 Its design is not very good. No, its design is utterly appalling, unnecessarily complicated and unpleasantly confusing to an innocent bus user.

But we will struggle on. fbb was intrigued by a "frequent" service 29 to Upton. 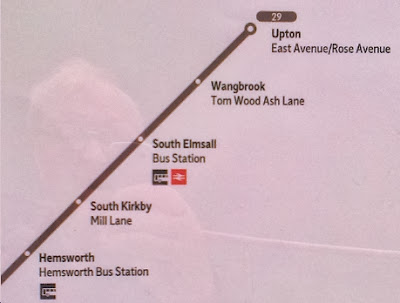 Leaving aside the limitations of the "straight line" diagram (!) ... 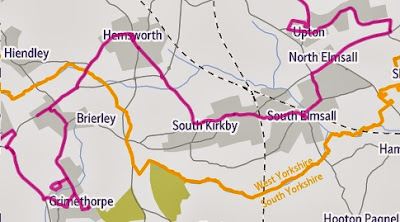 ... fbb is anxious to see by how much the "frequent" bus service to Upton has improved since he last investigated. So off trotted the chubby one to the enquiry office to collect a leaflet. Look, there is service 28 (and X28) and there is route 31 but ... 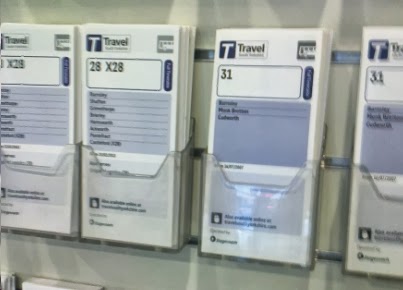 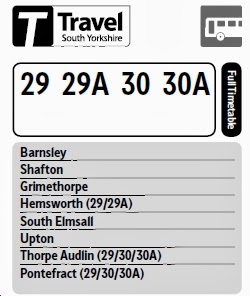 Presumably SYPTE is so poor that it cannot afford a photocopier? 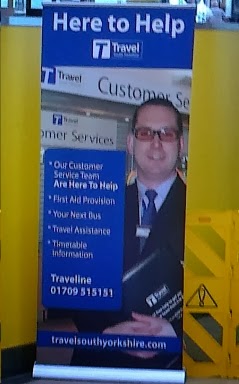 ... "Are here to help." [Correction, please; write out 100 times "Our team IS here to help, singular subject, singular verb"]. There was a very nice man accompanied by a thick folder containing all leaflets. He was sitting at a desk out in the open and not skulking in the dark corners of an enquiry office; but he was very busy and fbb's time was limited. No doubt he could have resolved the problem of how frequent the "frequent" bus service might be between Barnsley and Upton.

Presumably it would be more "frequent" than services on this list ... 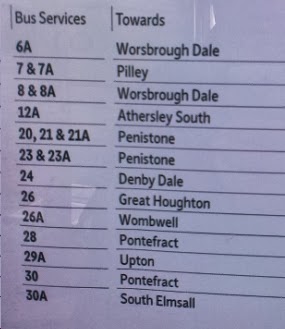 ... which is headed "less frequent" routes. Apparently, then,  it would be more frequent than a bus every 30 minutes between Barnsley and Penistone, services 20,21 and 21A?

The easiest way to sort this mystery out is, of course, to go to the stand from which the 29 departs; where, we might hope, there will be some detailed infromation.

Guess whether we will find our answer! 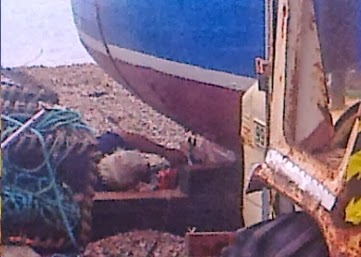 Taken with fbb's camera at zoom (hence poor quality, see the man's arm, his white hair and a splodge of red. He appears to be cutting the boat in half with a chainsaw. He is either planning to lengthen the vessel and turn it into a luxury cabin cruiser or chop it up for scrap. 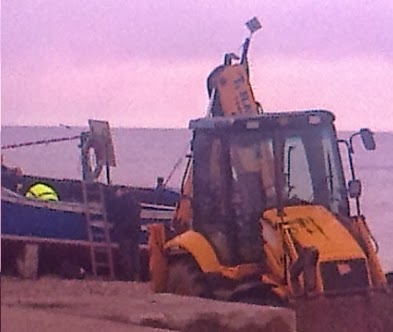 The presence of "man in hi-vis jacket" and "man with JCB" suggests the latter. This was the situation on Saturday morning.

Gone!
By Sunday morning the little vessel was no more, just leaving the landing "plank", the tractor and other "junk". 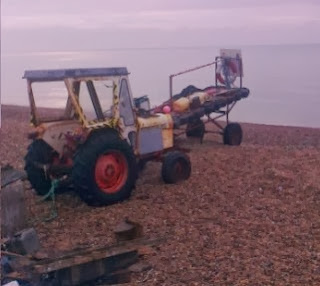 "Fisherman's Gap", the long-standing name for this part of the foreshore, is now bereft of any means of continuing this once-thriving Seaton trade. 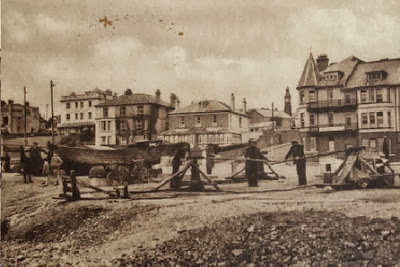