By way of conclusion ... 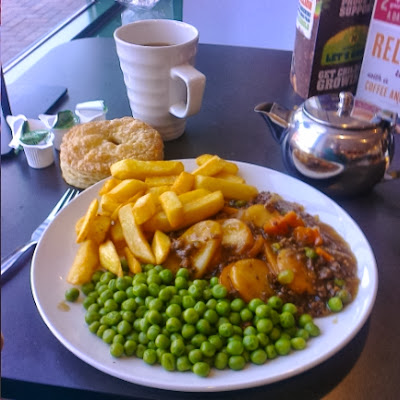 Chips, peas, potato pea and gravy casserole with occasional lamb mince scraps, mug of tea and eccles cake (more cake than eccle) for about £6. Not quite gourmet fayre but adequate. Christmas had arrived at the store (on Saturday 5th October) ... 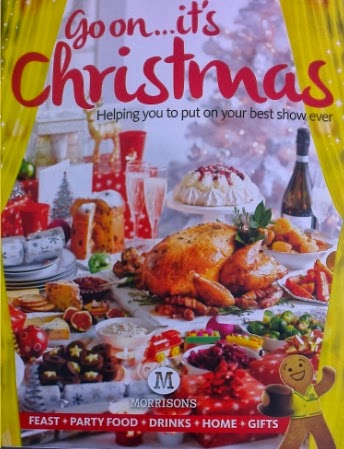 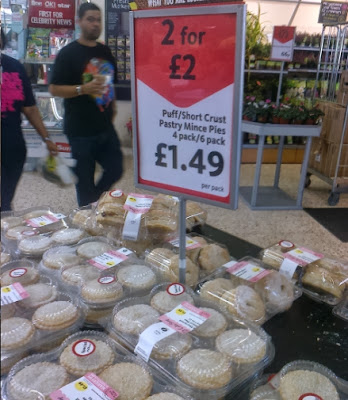 After luncheon was complete, fbb joined a Busway service "E" which (a) does not serve Dunstable and (b) does not run to the Interchange.

That's the service whose timetable, uniquely, was on display at the Interchange! The route leaves the busway at its end, eschews roads leading to the station area and stops at the Galaxy Centre. 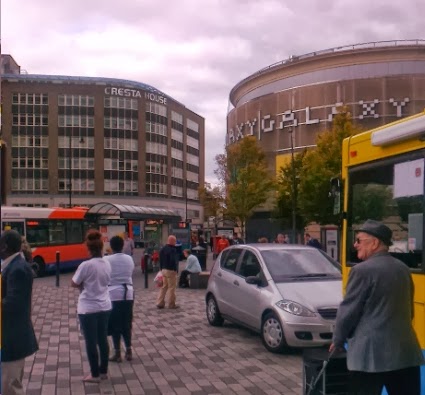 For those unfamiliar with the delights of central Luton, there is a vast shopping "mall" which used to be an Arndale Centre and is now, prosaically,"The Mall". 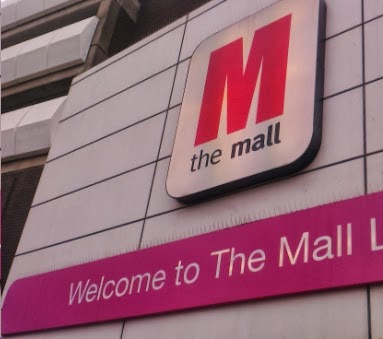 Assorted bus services terminate at three different locations round the outside of this shoppers' delight. fbb could find no list, map or diagram of what stops where in hard copy or on-line.

Information on where you can catch your bus in Luton.
The public transport guide is available to download below.

Only it wasn't and still isn't. There is nothing to download!

Many years ago when fbb's No 3 was seeking a place to further his education, father and son went together to Luton. While son was at interview and deciding to reject that historic home of straw hats, fbb wandered round the town and, purely by chance found the Central Library. 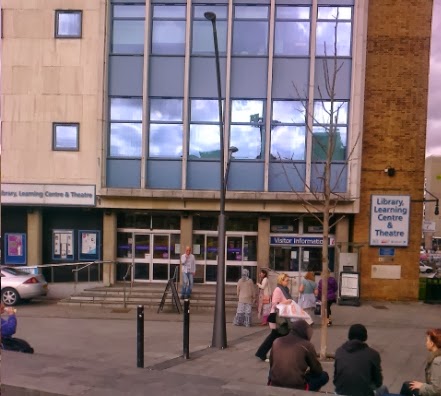 Here he found the sum total of Luton's public transport information, a carousel with an incomplete set of leaflets.

15 years later the carousel was still there and in the days following the opening of the busway (photo sent by a correspondent) was even more incomplete than at fbb's first visit. 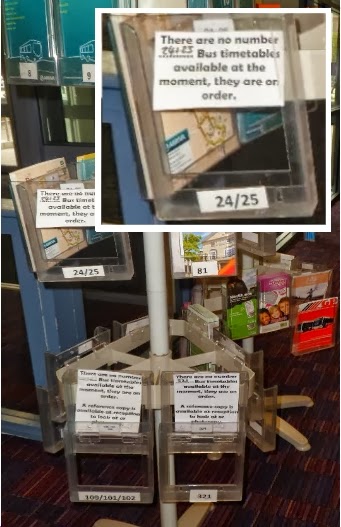 There was nothing at all about the busway! Things were a little better for fbb this time; there were busway timetable booklets, but the authorities were less than keen to see them distributed. 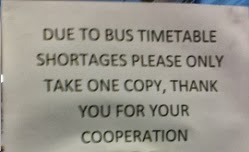 Rebel as ever, fbb took two and hurried out furtively lest he be accosted by the fierce-looking lady at the desk. Oh yes, don't go into the Tourist Information Office (part of the Library) for this bit of information for tourists because it isn't there; it's "round the corner" in the reception area.

Now, where's the station and/or the new "interchange"? Bravely fbb set off into "The Mall" hopeful of a sign; and, yippee, at the main mall crossroads, high and indistinctly in the air it said "to buses and trains". Out into a decidedly dreary back street with bus stops to the left ... 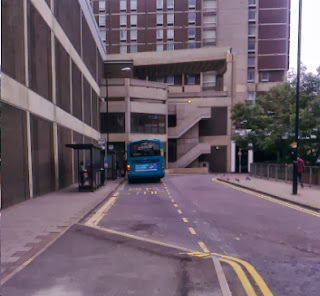 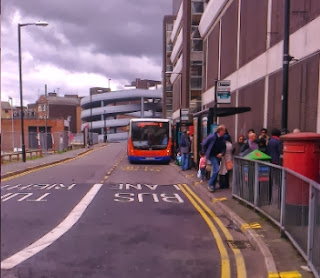 ... but no trains and no interchange and no further signs to either! Retrospective investigation revealed that this was the Silver Street terminal. But there were clues to the station location for persons of astounding perspicacity like fbb. 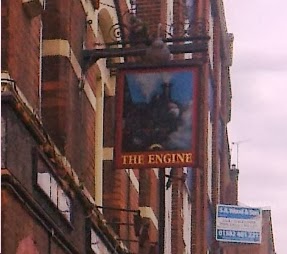 There was a pub called "The Engine" and, a little further on ... 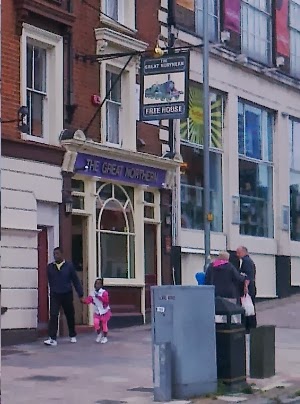 ... another pub called "The Great Northern". And, as any visitor to Luton is expected to know, the former Great Northern Station was called Luton Bute Street and, happily, this Great Northern hostelry was accompanied by a street name-plate for the self-same Bute Street. 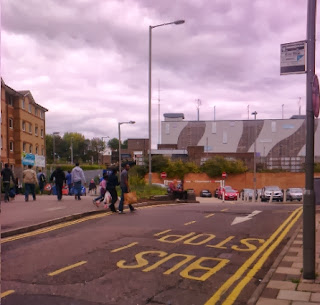 fbb is ready to help by reminding our super-intelligent readers of the long, long footbridge that once spanned two stations and station road.

The footpath on the left of the coloured picture above is (roughly) where the original footbridge started. And we all know that, don't we? So we don't need any signs, do we?

The sad fact, returning to the heading of this series of blogs, is that the busway (and its associated interchange) is a splendid piece of transport infrastructure which is not well publicised, difficult to find from the town centre ... 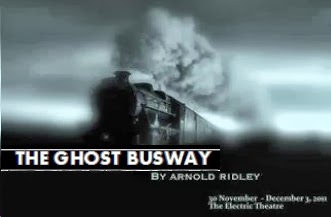 ... and not well used as yet. fbb was profoundly wrong when he doubted the wisdom of the Cambridge busway; but here, in Luton...? 91 million pounds?


Next Bus Blog : Thursday 24th October
Posted by fatbusbloke at 02:00