So what is happening at Plymstock?


We begin with what isn't happening. Two tendered services to the area will not be changing this weekend. 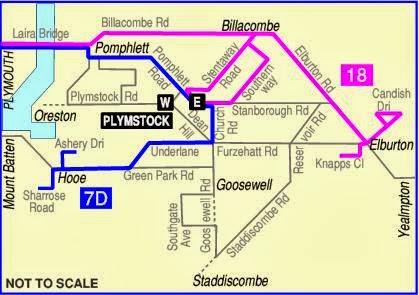 They are two from a batch if routes (mostly, entirely, tendered?) operated by Target Travel, a coach and bus company based in the city. 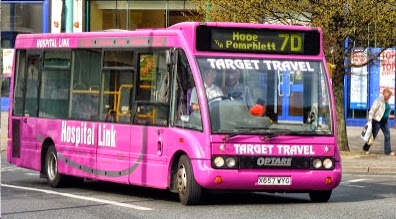 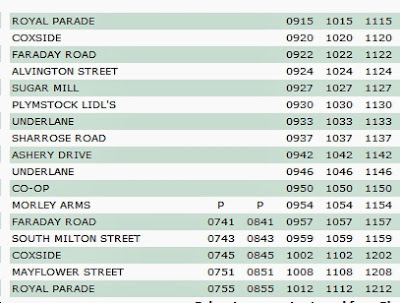 The 7D (which isn't the "Hospital Link") runs hourly off peak Monday to Friday to the hinterlands of Hooe with Ashery Drive, for example, being a former council housing area. 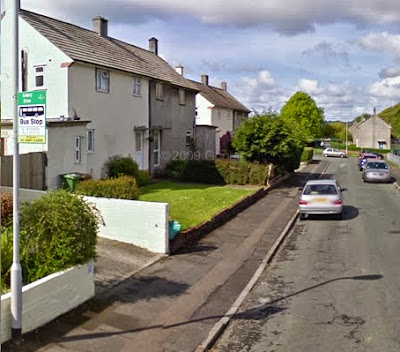 The 18, similarly Monday to Friday offpeak ... 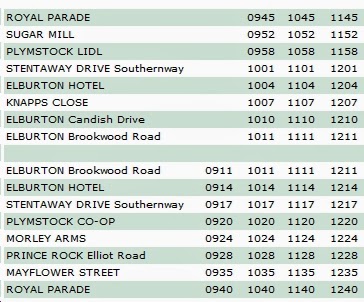 ... runs in a loop to serve Plymstock shopping centre and ventures into the posher extremities of Elburton, where it has a bus stop and a bit of bus only road! 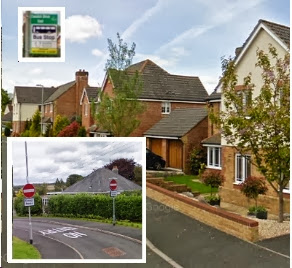 Very nice. Does it have any passengers from there?

Another route which will not be changing YET is City Bus service 5 nd 5A. 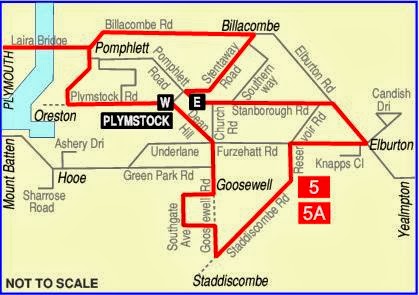 Alternately round a huge loop every 20 minutes each way, this is the main ex-municipal intrusion into First's historic supremacy in the suburb. It offers comprehensive coverage of the more heavily built-up areas of greater Plymstock. It was introduced in 2009 and duly recorded by the Plymothian Transit blog.

The big news is the new 5/5A service which takes Citybus deep into Plymstock. Recent changes within the Plymouth bus market have resulted in reductions in the amount of bus services FirstBus operates within Plymstock. This has created an opportunity to restore one of Plymstock’s most popular bus routes which First had operated for many years prior to April 08. Therefore, from 25 October 2009 Plymouth Citybus will be restoring much of what were First Devon and Cornwall’s Services 5 and 6.

The original rural village was, of course, clustered round the church as in this picture from about 1900. 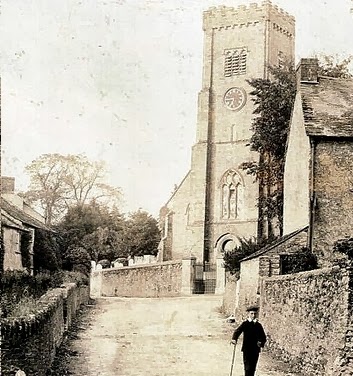 The view is still recognisable today ... 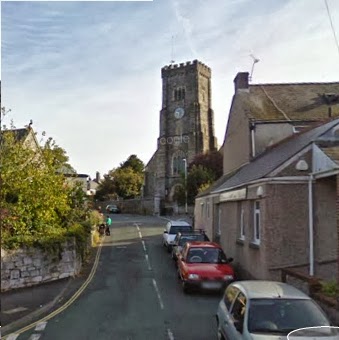 ... although the little cottages on the left have been replaced by the church hall and the simple lean-to on the right is much extended.

Post World War 2 saw the start of the big expansion with modern villas and a new shopping parade at Dean Cross ... 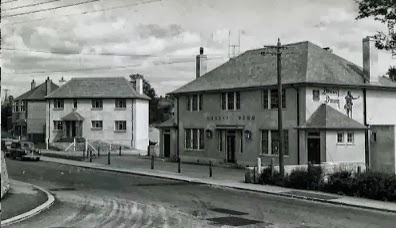 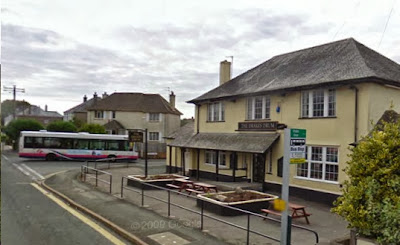 But it wasn't long before a shopping centre was needed; enter "The Broadway" in the 1960s ... 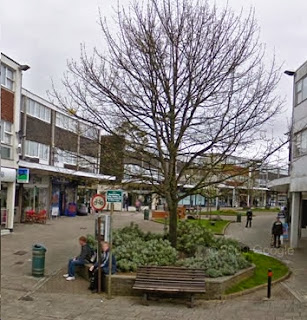 Buses stop at both the western end near the tree ( W  on the service 5 map above) and the eastern (ditto  E ). When Streetview rode photographically past, the east was terminated with a Somerfield supermarket; this is now the Co-op likewise. 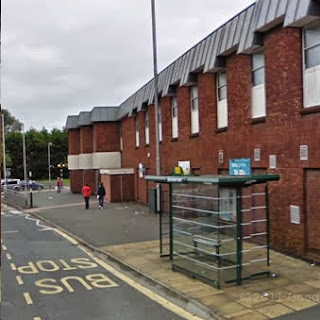 City Bus presents the 5 and 5A on-line timetable as one huge interlocking double lollipop; which is, frankly difficult to follow and potentially befuddling. 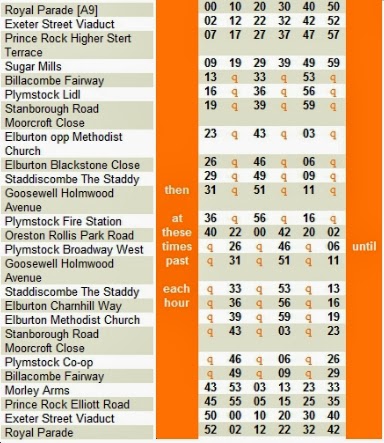 The Times at Plymtock are out of order.

A departure from Plymstock at xx06 arrives at Plymouth at xx42, taking 20 minutes longer than the journey leaving at xx16 from the Fire Station (Broadway West as before but opposite the tree) with a Plymouth arrival at xx32. Or, of course, you could sprint through the precinct and catch the xx06 from the Co-op going "the other way round" and arrive in City at xx22. All you have to do is remember which end of the precinct is the right stop for your journey! What fun. Surely, surely, better to advertise the 5 and 5A separately; there are plenty of buses sharing the common route in Plymouth itself. 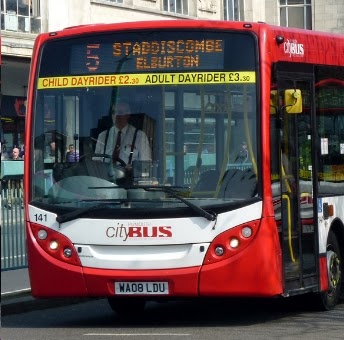 Tomorrow, we will examine what First Bus is doing (or not doing!) in Plymstock from Sunday onwards. 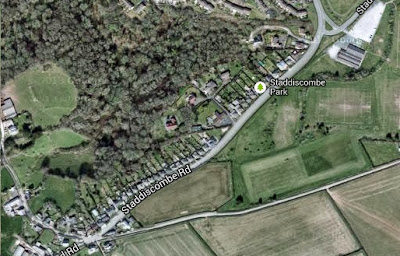 Incidentally (and pedantically) service 5 never quite reaches the village of Staddiscombe. The closest it gets is the "Staddy" pub. 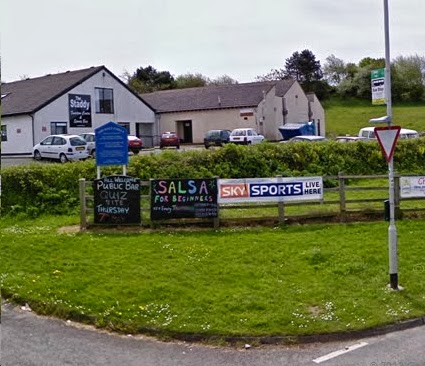 For the village you need the somewhat less frequent Monday to Saturday service 49 ... 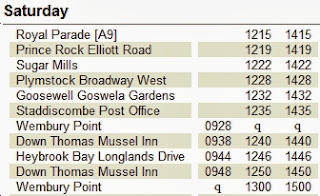 ... but don't spend too much time searching for Staddiscombe Post Office, because ... 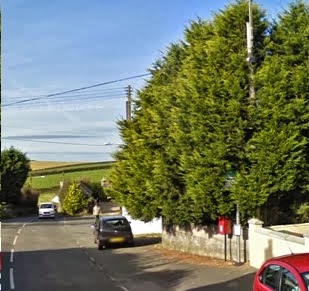 This scurrilous comment appeared on No 1 son's Twit Site recently. What was it all about? Probably the ideal answer to fbb's repeated "stubby finger" problem; and only a modest £800 including shipping from the USA. 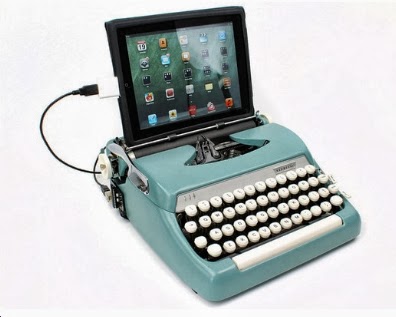 This antique typewriter has been modified to work as a USB Keyboard for PC, Mac, or even iPad! That's right -- it's a beautiful and fully functional computer keyboard! It can type all uppercase and lowercase letters, numerals, and punctuation marks. Many non-standard keys, such as F1-F12, Esc, Ctrl, and so on are available with special toggle keys. By request, I can connect the Enter key to the typewriter's return carriage lever (the lever that moves to the next line on the paper), but by default it is accessed with a key on the far right side of the keyboard.

The modification leaves the typewriter looking, feeling, and working like a regular typewriter. You can use it as your primary computer keyboard, or turn off your monitor altogether and type on paper while saving your work to disk. If this item is not your style, you can customize your own typewriter with our "Easy-Install" Conversion Kit, only $99!